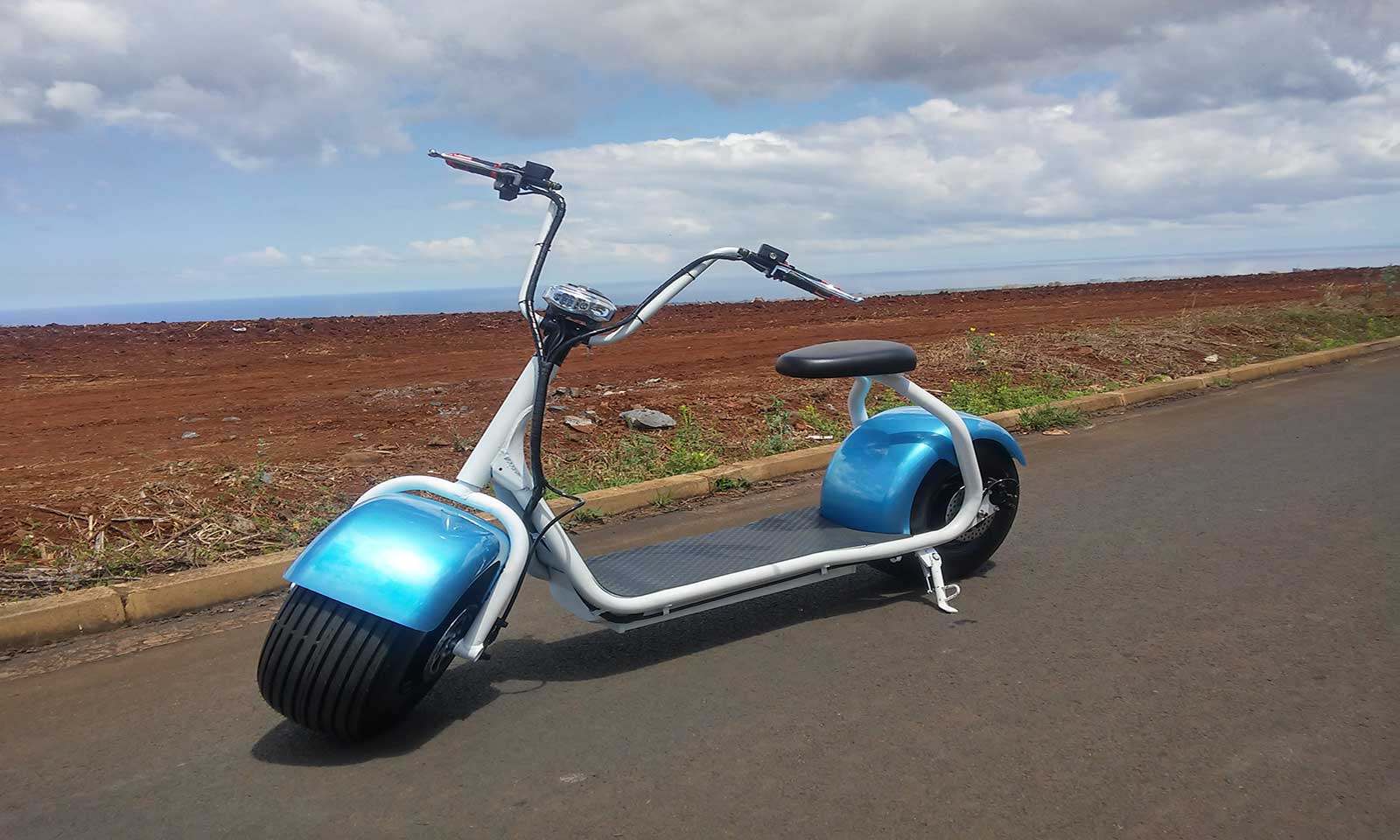 It seems that the end of the combustion engine is inevitable. The oil shortage will eventually arrive, forcing us to change our consumption and travel habits. Who wants to be in Mad Max mode? Nevertheless, it is with a spirit of optimism that we came across the Escooter in Mauritius, a small two-wheeled vehicle with green energy, which will give a whole new twist to your rides.

Even if the market of ecological means of transport is slowly but surely making a small place on our small island, green vehicles are starting to attract attention. In recent years, many companies have been working hard to offer Mauritians a few more viable vehicles like the Nissan Leaf, BMW i3 and i8. In addition, this year has seen the appearance of an electric scooter that is likely to be a “hit” with enthusiasts, promising them “zen-like” travel. For those who swear by gasoline, here’s a presentation of the newcomer, the Escooter. 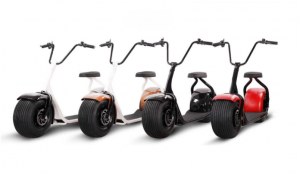 Inspired by a Harley, the escooter is an electric machine made of a metal alloy. Simple and light, this electric scooter draws its energy from a 12ah lithium battery and a 1000W motor, allowing it to run at 45 and 65 km. Very easy to handle, the escooter requires between five and seven hours of charging only for a maximum speed of 45km/h. Imported from China, this electric scooter is also available in several colors (blue, white, red, etc.) and can carry two people. Stable and quiet, it has front and rear hydraulic disc brakes, and can also be ridden on various terrains. The escooter is currently priced at RS 35,000. 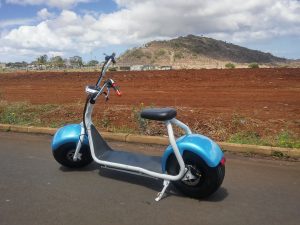 For Crisnen Aurmoogum and Daven Moorghen, importers/resellers of the escooter in Mauritius, the idea was to introduce a new type of innovative green energy vehicle. It is through a video dedicated to the escooter that the two partners decided to import a sample to Mauritius, followed by several other examples intended for sale to the Mauritian public. “In Europe and China, the escooter is greatly appreciated in large cities, because it is a means of locomotion that does not require a permit, can ride on bike lanes, and is not subject to annual fees, taxes, etc.,” adds Crisnen.

With the evolution of urban mobility needs, the electric scooter has seen its models evolve over time around the world. Although some manufacturers promise to combine a folding chassis, a hardtop or an electric / thermal hybrid management, will electric vehicles seduce Mauritians? For Daven, the answer is yes and no. “Yes because there are a lot of people promoting green in Mauritius, and not because on the other hand, some people are still fond of big engines. I think green energy vehicles will reach more the new generation. It will still take five to 10 years for it to take hold on a large scale.” 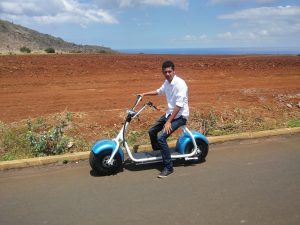 While the electric car takes its time to seduce, the electric scooter is quietly making its way in the Indian Ocean. Quiet, economical, and devilishly trendy, this green vehicle is experiencing a sharp rise in popularity since a multitude of start-ups have launched into sustainable mobility, just about everywhere in the world. 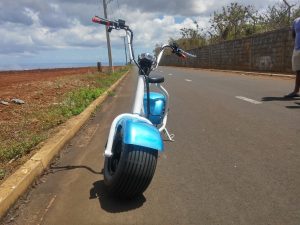