Amazon has just unveiled a new feature for its voice assistant Alexa. The device will be able to imitate voices, including those of deceased people.

The golden age of AI has arrived

At the re:MARS conference this June 22, Amazon revealed that its voice assistant, Alexa, can now imitate any voice… including those of your deceased loved ones. The company’s stated objective is to “make the memories last”. To do this, the device will be able to imitate any voice after only one minute of listening. Until now, to achieve such a feat, it was necessary to spend several hours in the studio to record the voice.

« The way we have done this is by framing the problem as a speech conversion task and not as a speech generation pathway. We are, without a doubt, living in the golden age of AI ” said Rohit Prasad, senior vice president and chief scientist at Alexa AI.

During the presentation of this feature, Amazon made a demonstration with a child who was listening to a story told by his grandmother, even though she had passed away.

“ Many of us have lost loved ones to the pandemic. Alexa’s ability to be a companion and have human empathy is very helpful. AI can make such relationships last, even if it cannot remove the agony of loss “said Prasad.

However, the demonstration of this new feature did not have the expected effect, and has greatly shocked Internet users, who immediately described it as horrific, while comparing it to an episode of Black Mirror.

Keeping in touch with the dead

But such vocal mimicry by an AI is something that has become more and more common in recent years. These imitations are often known as “audio deepfakes” and are already regularly used in industries such as podcasting, film and television, and video games.

A similar technology has also been used in the cinema. Last year, it was revealed that a documentary about the life of chef Anthony Bourdain, who died in 2018, used AI to clone his voice to read quotes from emails he sent. Many fans were disgusted by the application of this technology, calling it “macabre” and “deceptive.”

But ignoring its macabre side, this feature could also be quite fun. Imagine the reaction of your loved ones if Alexa answered them with the voice of their favorite celebrity! And on a more serious note, some Internet users expressed how much this novelty could help them through their grief.

Prasad said the feature could allow customers to have “lasting personal relationships” with the deceased, and it’s certainly true that many people around the world are already using AI for this purpose. Indeed, people have already created chatbots that mimic deceased loved ones, for example, by training the AI based on stored conversations. Adding accurate voices to these systems – or even video avatars – is entirely possible with today’s artificial intelligence technology, and is likely to become more widespread.

However, Amazon did not indicate when the feature would be available to the public, so we will probably have to wait a while before we can try it out for ourselves. 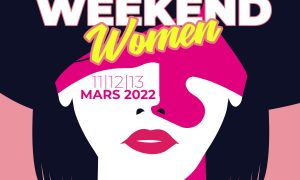 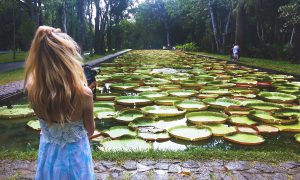 MauHeritage : visit the historical sites of Mauritius on your smartphone