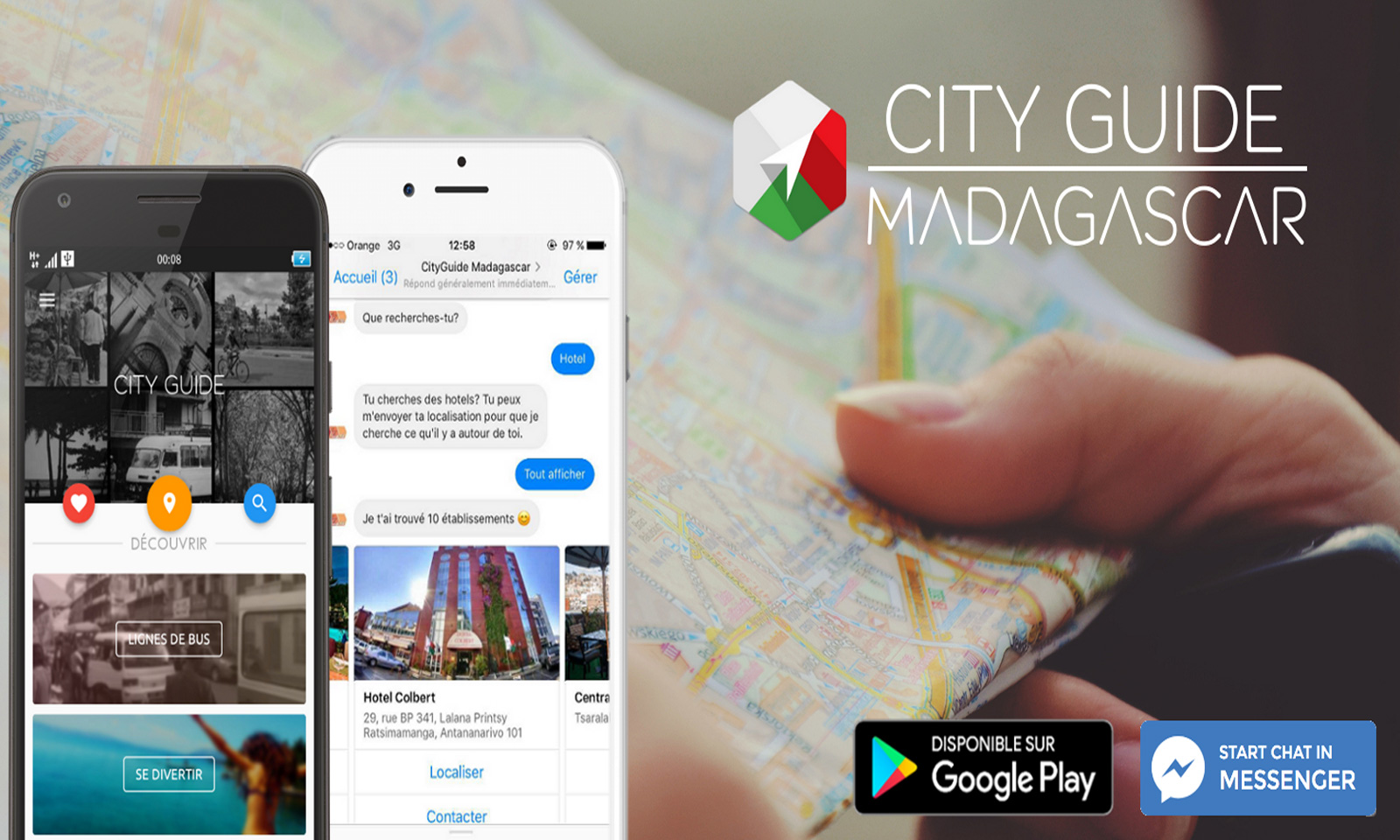 City Guide Bot is a chatbot that allows its user to know the good addresses in the city of Antananarivo. It was presented on June 9th during the ENJOY Madagascar exhibition. To have at hand all that happens and all that should not be missed in Antananarivo, this is what City Guide Madagascar offers. Currently available on the Playstore, it will soon be available on the Applestore.

A chatbot that helps you find the best deals in Madagascar

City Guide Bot is a product of the City Guide Madagascar project initiated by Mad’Activité Production and realized in partnership with Orange Madagascar. The latter initially includes an Android mobile application, a tourism magazine and the bot itself. It is a chatbot or more precisely a conversation robot with artificial intelligence that allows it to converse in real time with any “real” user. City Guide Bot is available on the Facebook Messenger platform. The goal is to allow its users to find good deals in Madagascar, to find and locate establishments (hotels, restaurants, shops, tourist places…), to find establishments related to a specific activity (swimming pool, WiFi, spa…), or nearby and to get the news of upcoming events For the moment, City Guide Bot allows access to information relating only to the capital, Antananarivo.

This innovative chatbot is a particularly powerful address book, available from the link m.me/CityGuideMadagascar. Indeed, when the robot gives information about one or several establishments to the user, it provides in addition to its location the contacts, websites and photos of the establishment. This can make the task much easier in a country where information about a particular establishment is still largely passed on by word of mouth. Just like a normal person, the robot can answer simple questions such as “Which hotels are in Isoraka?” or “Where can I eat in Ivato? 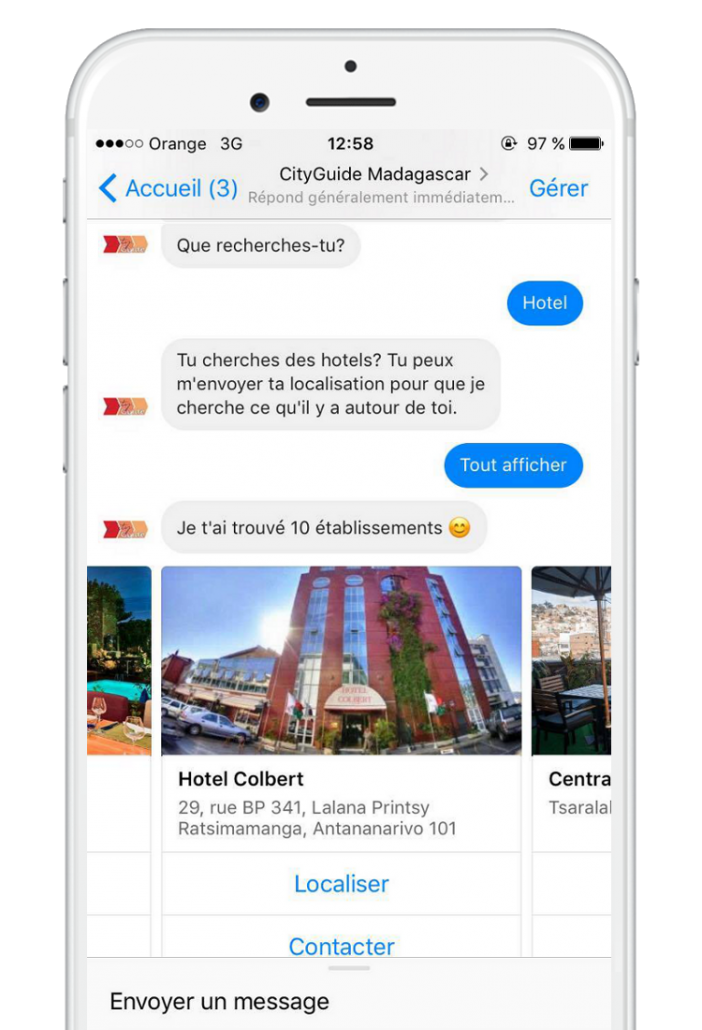 Aware of the growing impact of chatbots on the market, Rabefaritra Kevin, initiator of the project, decided to propose a new support for the application City Guide Madagascar, creating City Guide Bot. Specialized in the mobile development sector, he himself has been working on the creation of this chatbot. He also received help from the company Mad’Activité Production. The latter had the contacts of the tourist establishments that Rabefaritra Kevin wanted to make available to its users. The company Orange Madagascar also supported him for the communication part. The City Guide Madagascar project, as a whole, was thus presented during an evening event during the ENJOY fair organized in the Forello exhibition area on June 9, 2017. 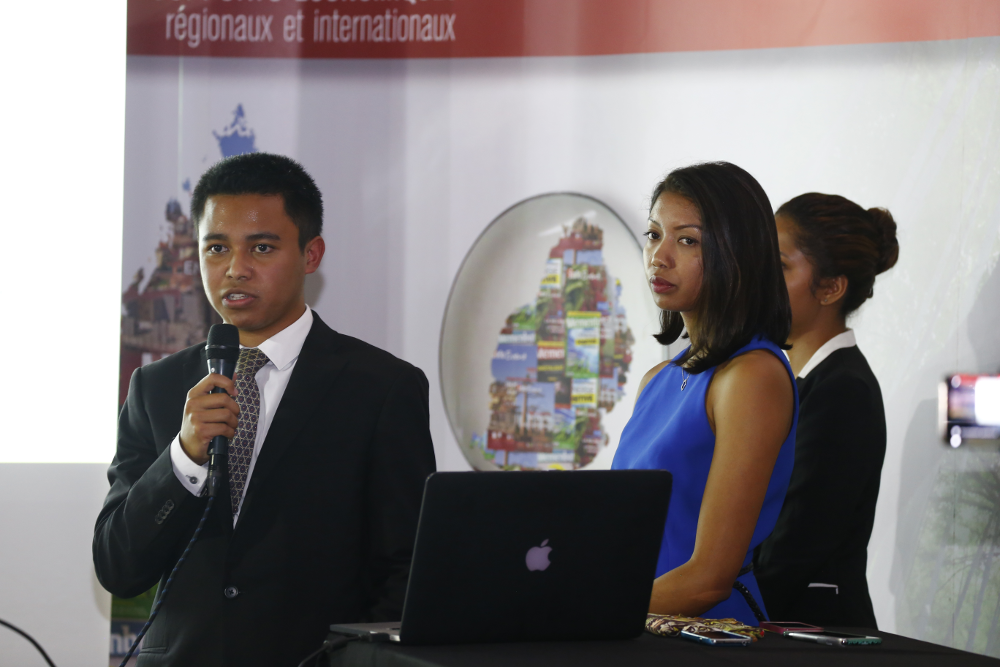 A recent application and chatbot

Let’s recall that at first, the City Guide Madagascar project, as it was imagined by Mad’Activité production, consisted in distributing a free tourist guide available at partner establishments. However, following the upsurge in the use of chatbots, Rabefaritra Kevin proposed this new support and a partnership was born. The functionalities proposed by City Guide Bot have been studied in order to correspond as much as possible to the lifestyle of the residents in Madagascar. The official announcement of the application and the robot on Facebook was only made on June 15, yet the chatbot already has about 40 conversations and the success of the application is being evaluated.

“We are currently planning to make the project operational in Nosy Be, as this island is a major tourist hub, especially with the summer holidays coming up,” says Rabefaritra Kevin.

In fact, he made a trip to the island last week to discuss the extension of the application with the Regional Tourist Board. Negotiations are underway, and Nosy Be’s good deals could very soon be included in the application and chatbot database.

City Guide Madagascar could be particularly useful for those staying temporarily in the capital or for residents wishing to discover other addresses.