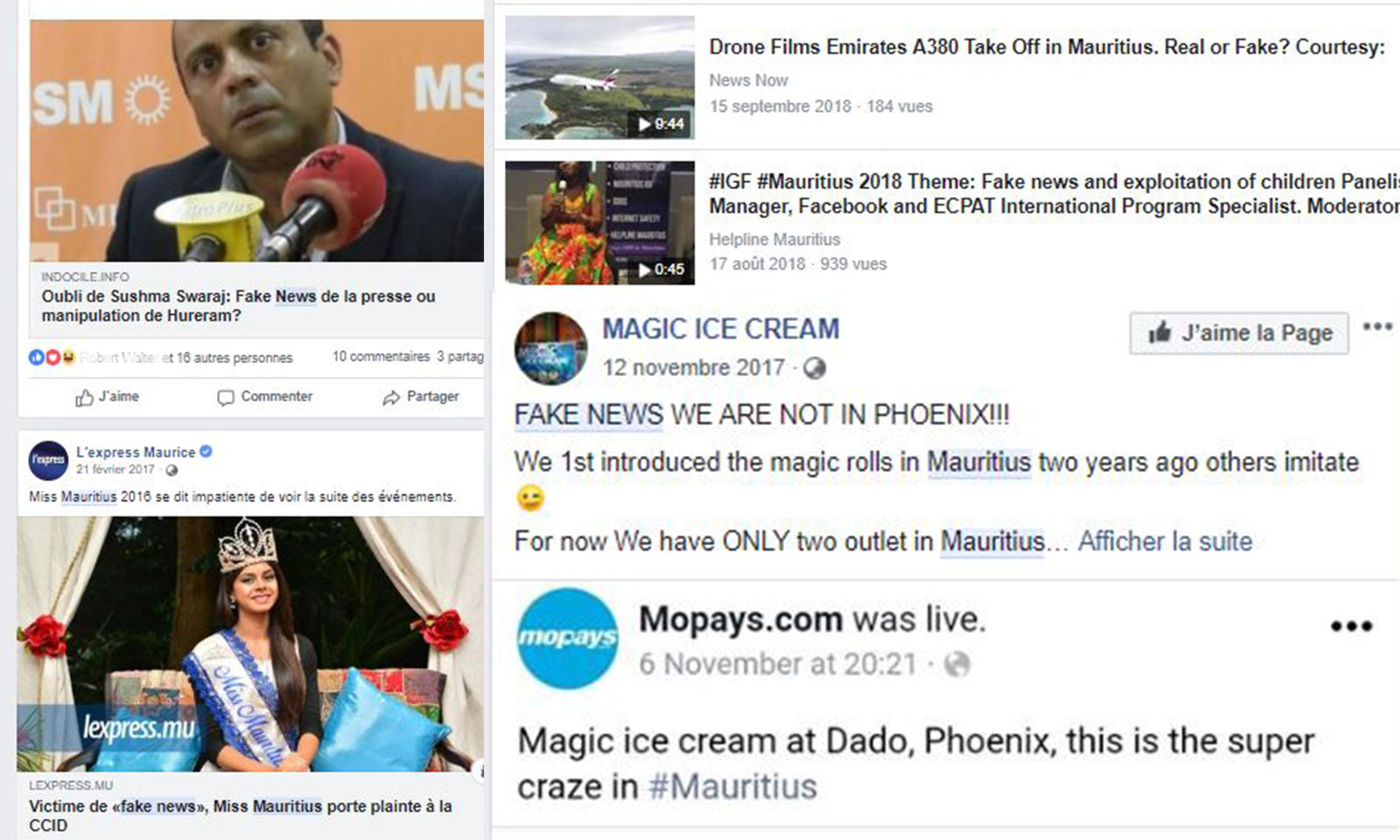 When fake news travels faster than real news, what are the consequences, whether in Mauritius or elsewhere in the world? Moreover, with the advances in Artificial Intelligence, audio and video manipulations give rise to “deepfakes”. These videos or soundtracks contribute to the proliferation of fake news. Spreading like wildfire, fake news has given rise to new laws and measures to limit the damage.

Is it possible to create content that is so convincing that you can’t tell the real from the fake? Pushing beyond simple digital manipulation, Artificial Intelligence could create ultra-realistic videos. Thus, it is possible to make a person appear to do or say something that he or she would never really say or do. This would make the hunt for fake news even more difficult, given the level of realism of these deepfakes. What are the known cases in Mauritius and the measures taken to combat this phenomenon?

Bessika Bucktawor: a Miss Mauritius at the heart of a fake news

Among the best-known cases is that of Bessika Bucktawor. Crowned in 2016 at the Miss Mauritius pageant, the young woman quickly found herself in the spotlight. However, his coronation was not the only event to make headlines. Hoax, fake news…the term seems quaint when an article claims she was arrested at London’s Heathrow airport with two kilos of cocaine. Following this publication, the news did not take long to make the buzz. The fake news was published by a clone of the British website metro.co.uk.

A fine not exceeding Rs 1 million

At the legal level, anyone convicted is liable to a fine not exceeding Rs 1 million, or to imprisonment for a term not exceeding five years. In an effort to control the proliferation of fake news, especially on social networks, the Council of Ministers approved the recommendations of the Law Reform Commission.

Could deepfakes be the next evolution of fake news?

Are the impressive advances in Artificial Intelligence and other technologies undermining information? Are we already entering an era where there will no longer be a distinction between real news and fake news? However, it seems that measures are underway to detect deepfakes. Can you recognize a deepfake with the naked eye? A team of researchers in California is currently working on a program to detect deepfakes. For example, examples of real and fake videos are fed into computers to train these machines to differentiate between them.

Some examples of fake news in Mauritius

Among the many sensational news stories that turned out to be false, Mauritius did not escape. In addition to the Bessika Bucktawor story, there was also the rumour of asbestos found in the HLM. AirAsia returns and absorbs Air Mauritius. The Chief Executive Officer will be Megh Pillay. The United States leaves the naval base of Diego Garcia and France returns Tromelin to Mauritius. These are just a few of the many articles that it would be a good idea to cross-check before “sharing”, especially on social networks.