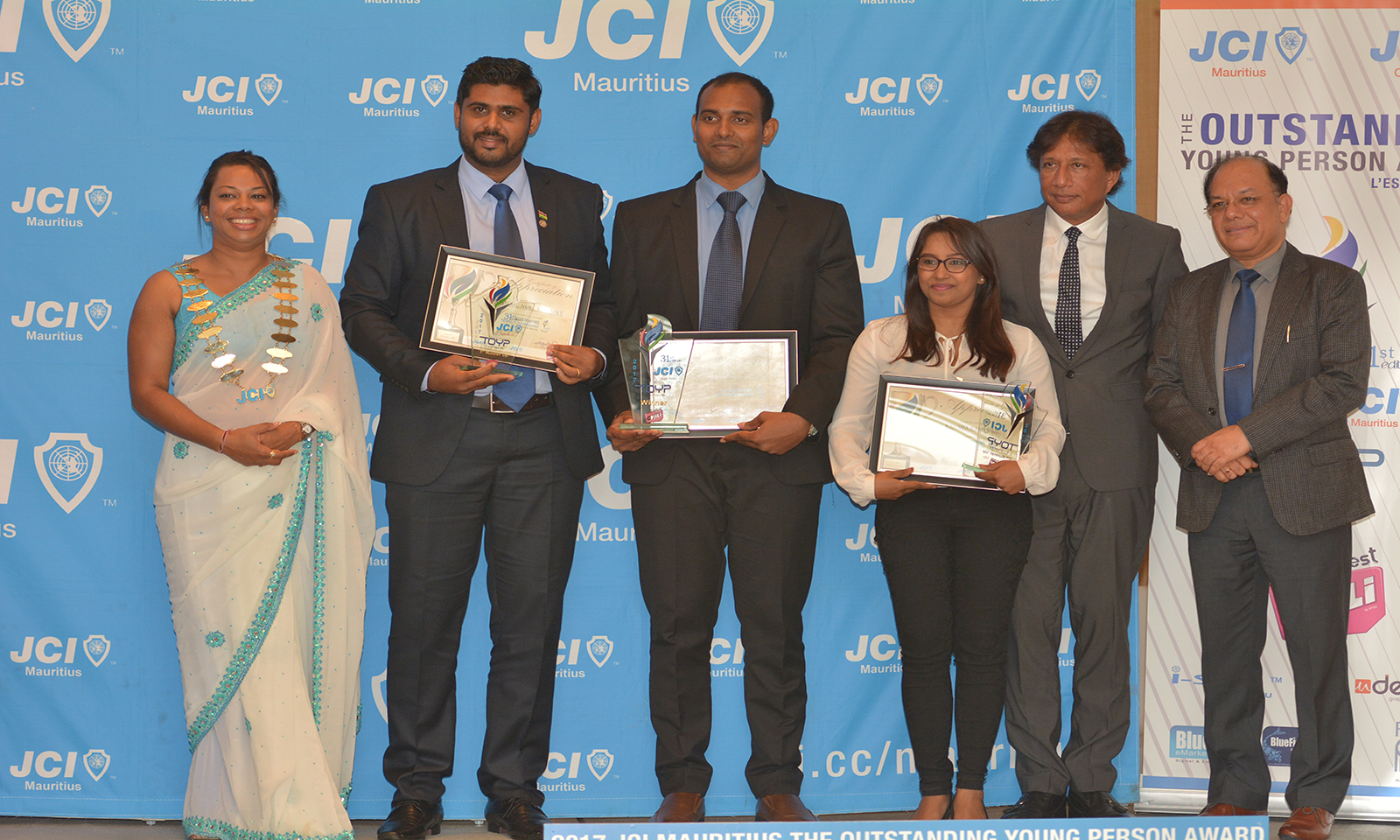 The wait is finally over! The winner of the 31st Junior Chamber International Mauritius – The Outstanding Young Person – (JCI Mauritius) TOYP was announced on May 26. It all took place during an awards ceremony at the beautiful Westin Turtle Bay Resort & Spa. This new edition, launched on Thursday, March 23, 2017 at the municipality of Port-Louis, had as its theme “L’Espoir Nou Pei”.

Launched in 1986, JCI TOYP celebrates the 31st anniversary of the JCI program this year, commemorating 102 years of positive impact by the group’s members around the world. JCI TOYP has always formally recognized young people who excel in their respective fields, in their lives, and are considered role models for other young people. For the past 31 years, JCI Mauritius has recognized young active citizens who have promoted business or entrepreneurial activity, culture, world peace, human rights, among others.

For this 31st edition, mainly sponsored by CHILE, a record number of 38 entries were collected.

For the president of the Jury, “it was really a difficult task for the members of the jury to find “L’Espoir Nou Pei””.

For JCI Mauritius President Asha Auckloo, the JCI TOYP program serves to recognize individuals in our country who excel in their fields, efforts and commitment to their communities.

“This is one way JCI is helping to prepare better leaders who will create better societies. We also hope that by recognizing these honorable people, we will provide suitable role models for the young leaders of tomorrow,” she says. 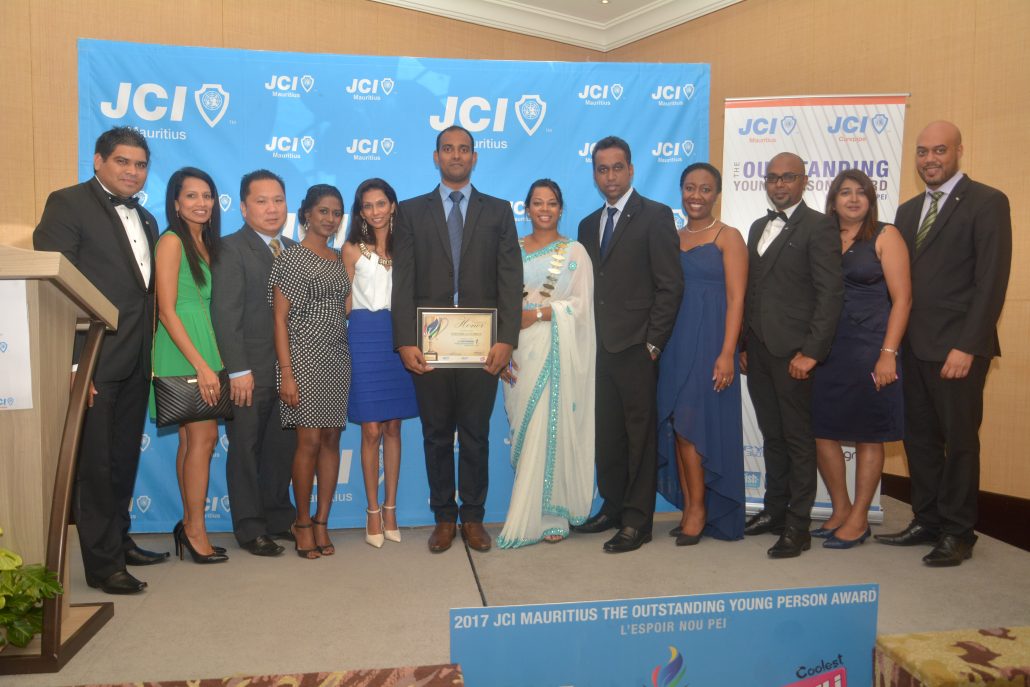 National TOYP members will then compete for the international title. Up to 10 international winners will be chosen from all entries worldwide. They will be invited to attend JCI World Congress, where their trophies will be presented at an official awards ceremony.

Sarvesh Lutchmun is a young leader with a lot of positive energy and drive, willingly helping to bring about change since college. He is now a dynamic and proactive leader, always involved with youth and social work. To its credit, more than 40 concrete projects and events in the fields of education, sport, culture and the environment. He has also been selected to represent Mauritius on numerous occasions, including during the Pan-African Youth Dialogue and the World Youth Policy Forum. In 2015, he received the SICOM National Youth Excellence Award in Community Works & Leadership. 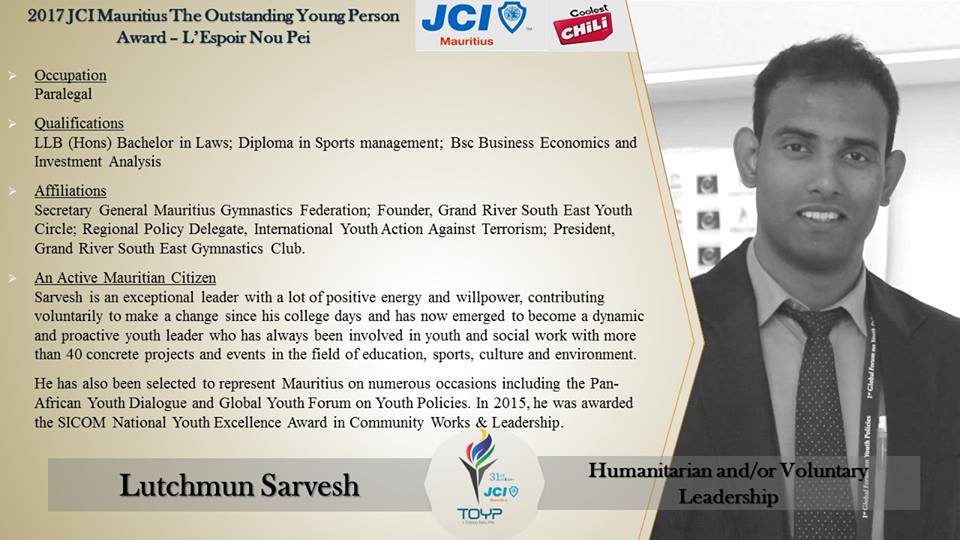 JCI is a non-profit, membership-based organization of young active citizens between the ages of 18 and 40 from more than 100 countries who are dedicated to positive change in their communities. JCI is present in Mauritius as Junior Chamber International Mauritius, with five affiliated chapters: JCI Beau Bassin / Rose Hill, JCI Curepipe, JCI Port-Louis, JCI Quatre Bornes and JCI City Plus. The association builds on local, national and international networks, as well as the experience of successful JCI alumni in various facets of their lives. Representing countless professions and skills, JCI includes creative and bold leaders who are developing new skills, building new foundations and creating new friendships and networks. JCI believes in advancing the global community and creating positive change, thereby improving the world around us.

With approximately 5,000 local organizations and over 100 national organizations, the organization forms a vibrant global community of over 200,000 active citizens. Each year, JCI members join together at international events to foster cooperation across borders. This is how they engage in dialogue to trigger comprehensive development projects. This year marks the 102nd anniversary of the JCI Movement, an active collaborator with the UN in identifying the SDGs, promoting the My World Survey.