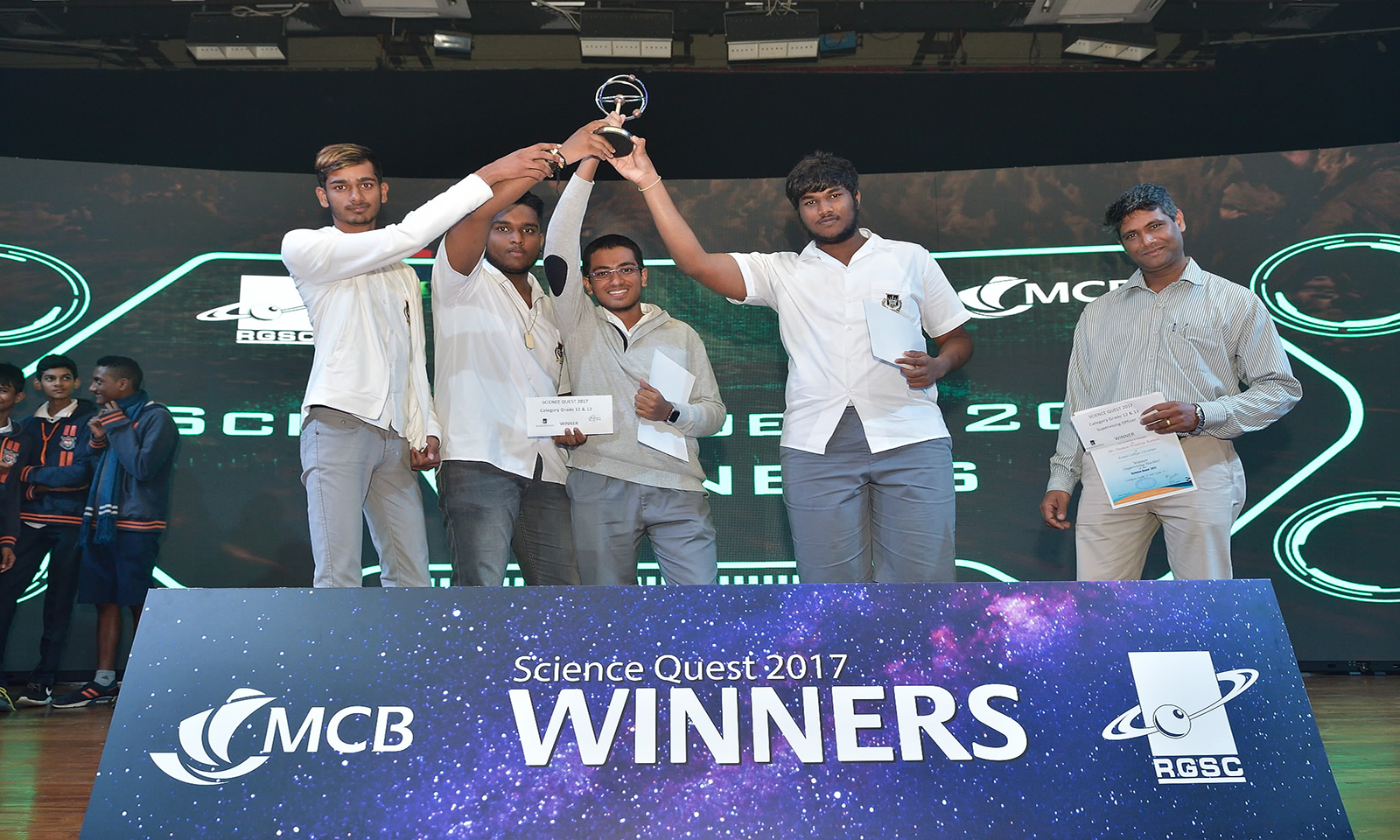 Royal College Curepipe, Lycée des Mascareignes and Sookdeo Bissoondoyal SSS shone in the Science Quest 2017 competition whose award ceremony was held at the Octave Wiehé Auditorium, Reduced. Sponsored by the MCB Group, the competition aims to promote science and innovation among secondary school students in Mauritius.

The final of this fourth edition of Science Quest, which took place on 30 and 31 May at the Rajiv Gandhi Science Centre, saw the participation of 400 students from secondary schools in Mauritius. The students, who were divided into three categories, showed great ingenuity, creativity and innovation. For Gilbert Gnany, Chief Strategy Officer and Director, MCB Group, the Science Quest is a platform that demonstrates the innate ingenuity of Mauritians.

Their mission was to use science to find innovative solutions to everyday problems in their school or community. The 2017 edition revealed their ideas and knowledge on topics such as agriculture, energy, recycling, internet, technology, environmental science, physics and health. 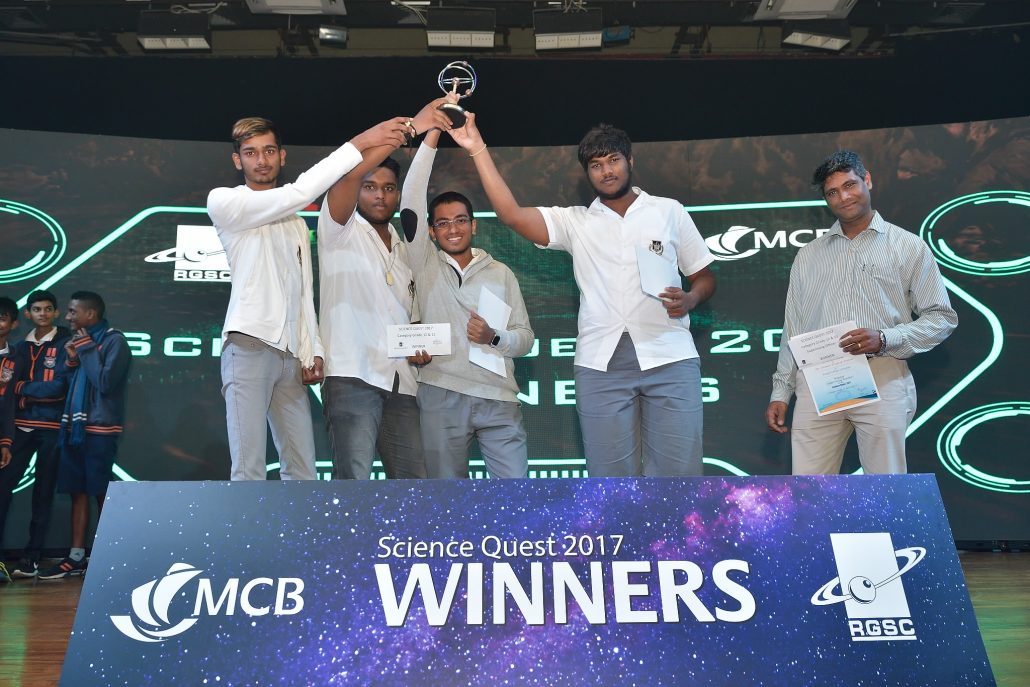 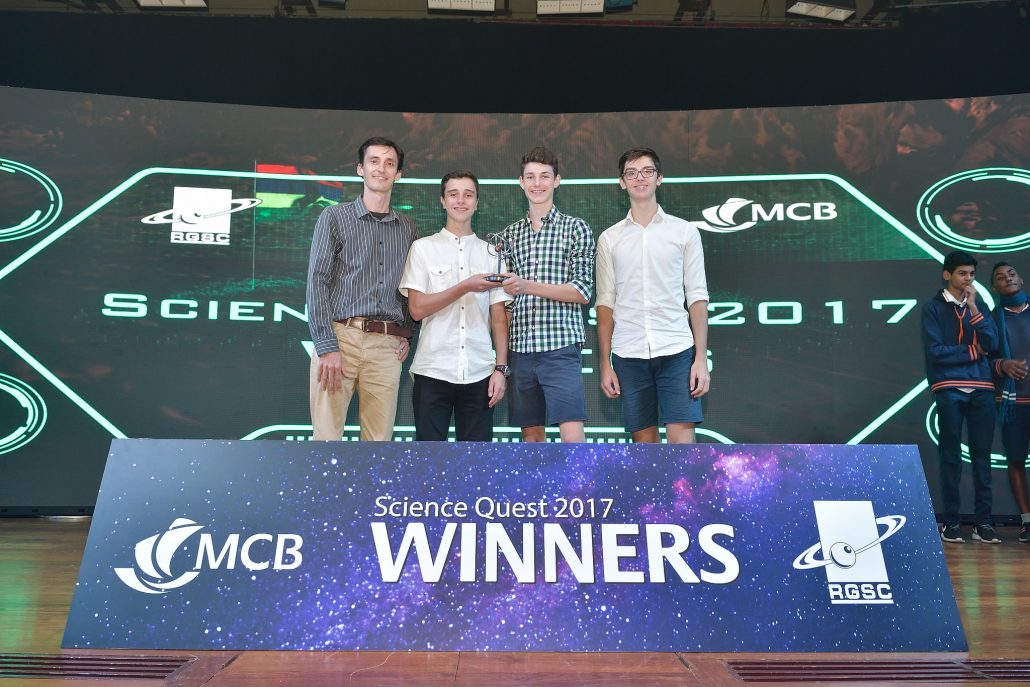 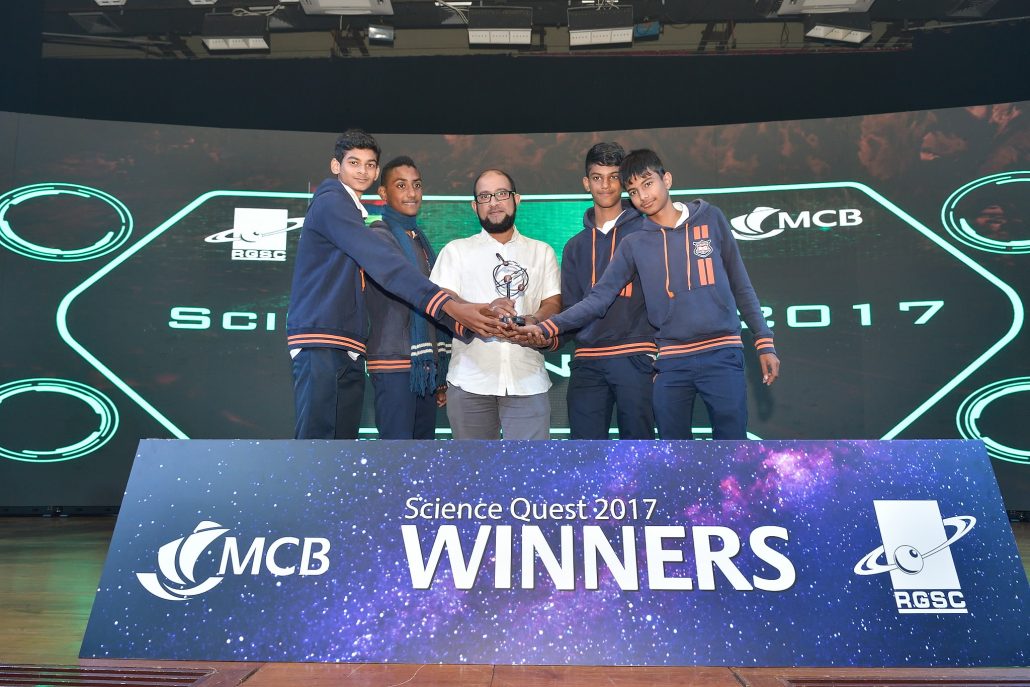 Once again this year, five prizes were offered per category. The second and third ranked schools got cash prizes of Rs 15,000 and Rs 10,000, respectively, while the fourth and fifth ranked colleges got Rs 4,000 each. All awards were donated by the MCB Group. Through Science Quest, MCB wants to motivate young people to innovate and find solutions where adults only see problems. By supporting innovation among young people, the MCB wants to inspire the adults of tomorrow to think differently.