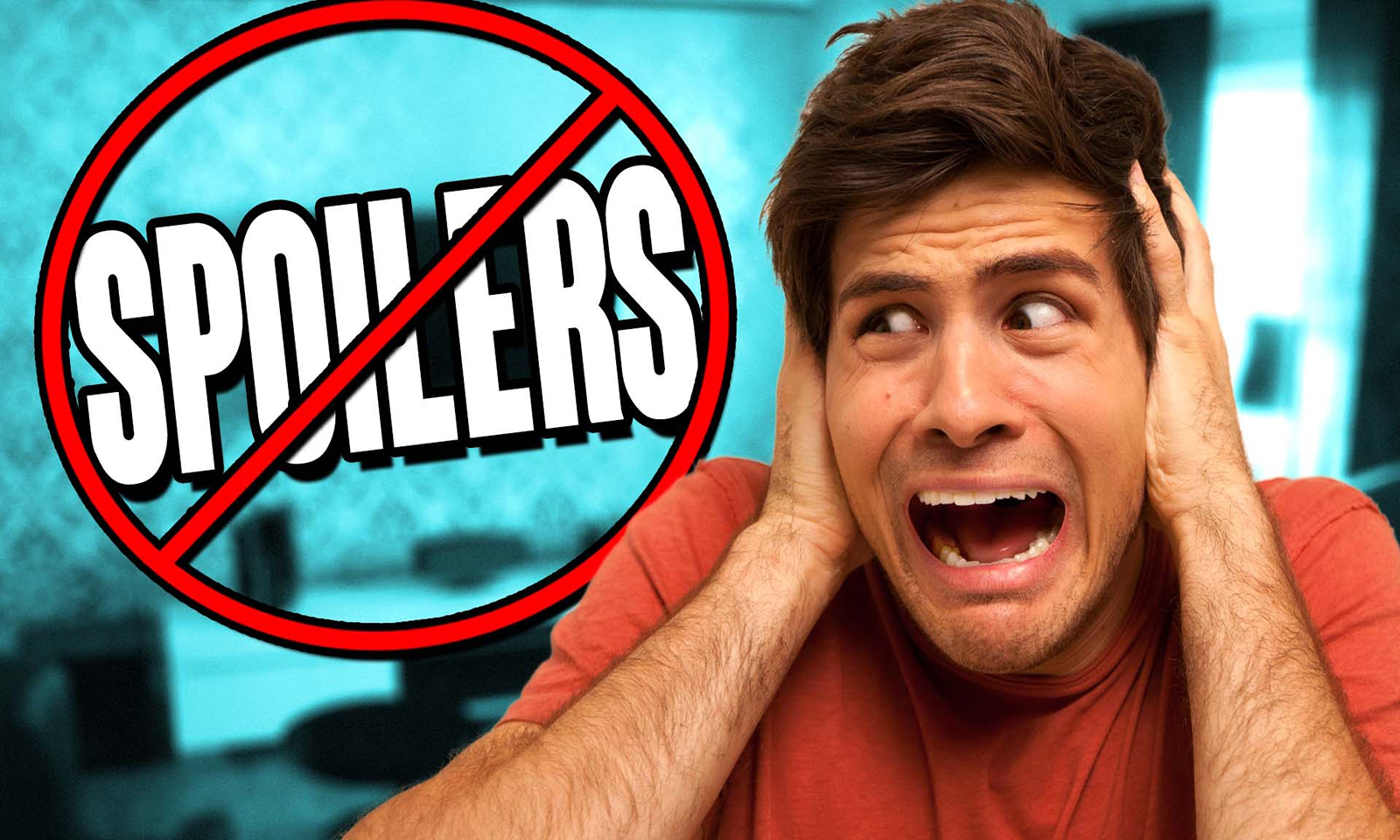 Among the bluest fears of any self-respecting fan of a series: spoilers on social networks. As the seventh season of Game of Thrones airs, the final episode is on its way, and it’s hard to avoid the spoilers that are swarming just 10 hours into the broadcast. The task is even harder when the episodes are leaked on the internet by hackers and everyone has seen the episode… except you. However, thanks to some handy software, you can limit the risk of suffering this kind of dramatic event, which spoils all the pleasure during the viewing. Here is a list of applications and other plug-ins that can be used to create an anti-spam shield.

Spoilers have always been the sworn enemy of fans of TV shows, movies or books. With social networks, unscrupulous people do not hesitate to post information about important events in a series or other. With the recent HBO hack, we need to be even more vigilant. Hackers did not hesitate to put online an episode of Game of Thrones before its scheduled airing, causing a wave of spoilers on the net. 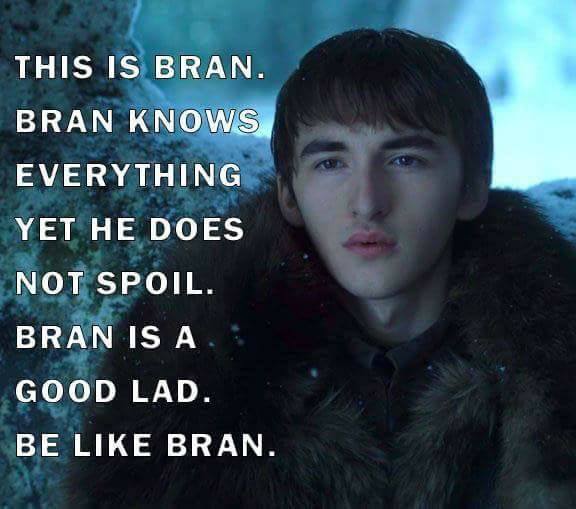 Created by an American teenager in 2013, Twivo is a Google Chrome-only plug-in dedicated to the never-ending battle against spam on the social network Twitter. Working with a system of keywords chosen by the user, it can censor any tweet containing these words. A version for Mozilla would also be in development. 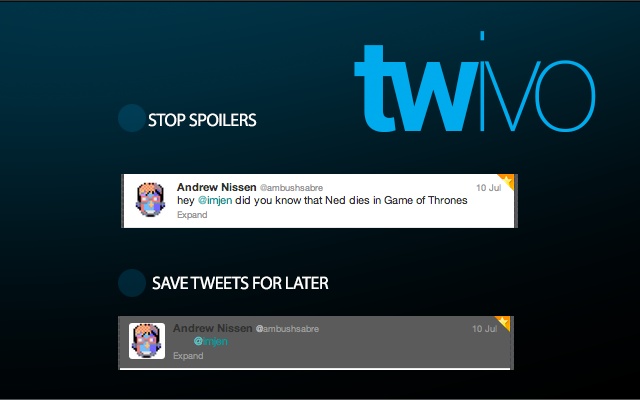 Similar to Twivo, Larry Filter has the same function and thus allows to “censor” tweets containing specific hashtags. Developed by a Frenchman, Julien Ramel, it has the advantage of being available on Chrome, but also on Firefox.

Spoiler Shield was originally a mobile application. Available on Android and IOS, it seems to be the solution to combat nasty spoilers. However, unlike the two plug-ins mentioned above, Spoiler Shield does not block keywords only on Twitter, but also on Facebook. This application is now available on the Chrome browser. 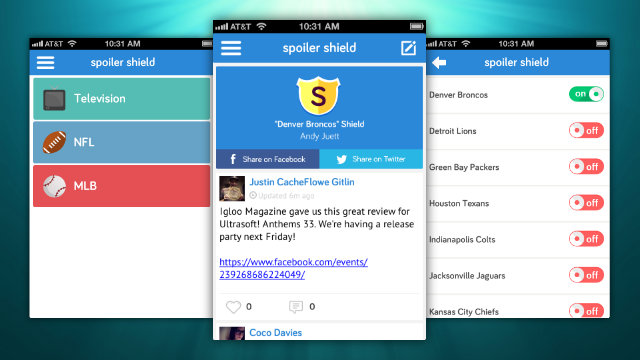 Like Spoiler Shield, Silencer works on both major social networks, and exclusively on the Google Chrome browser. Considered the most complete plug-in, it also works with a keyword system to hide spoiler content. 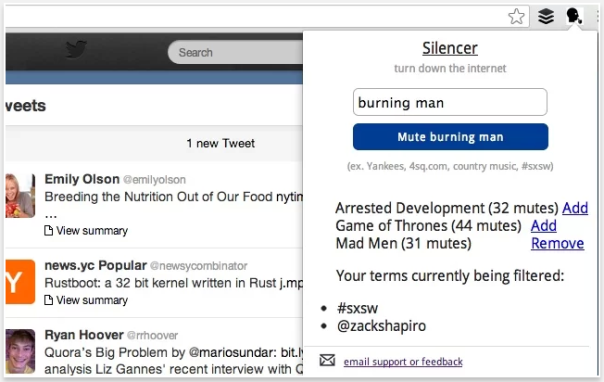 A little gem on the net, there is an extension designed to prevent all spoilers dedicated exclusively to the Game of Thrones series, called GameofSpoils (with a good pun). Thanks to GameofSpoils, block any Facebook post, Reddit, tweet or Google news containing keywords belonging to the fantasy universe of George R. R Martin. Moreover, it is done with a lot of humour. The screens are censored and a message announcing that a “potential spoiler was defeated during an ordination by combat, because he dared to mention…” 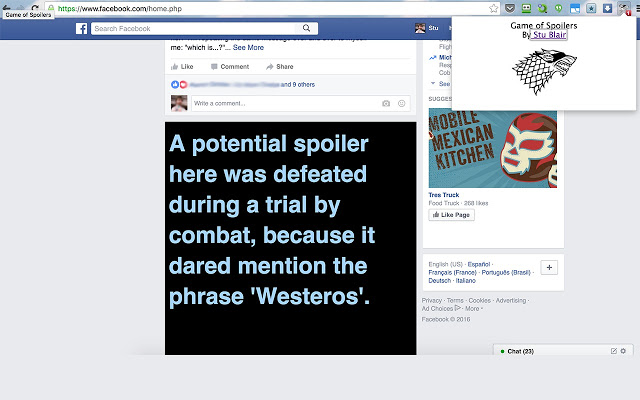 While Twitter and Facebook have enough protection on their side, sites like YouTube and Vimeo can also ruin the scenes you were looking forward to the most. Video Blocker allows you to hide videos from channels dedicated to series, filter videos by keywords and block those you don’t want to see. It’s the ideal tool to avoid visual spoilers (weak as we are in the face of impatience, there is always the temptation to click on a video.

Other software is, of course, available on Mozilla, including Hide Spoilers! However, like many extensions, they are not well known and it is difficult to guarantee their reliability. So be careful on social networks.