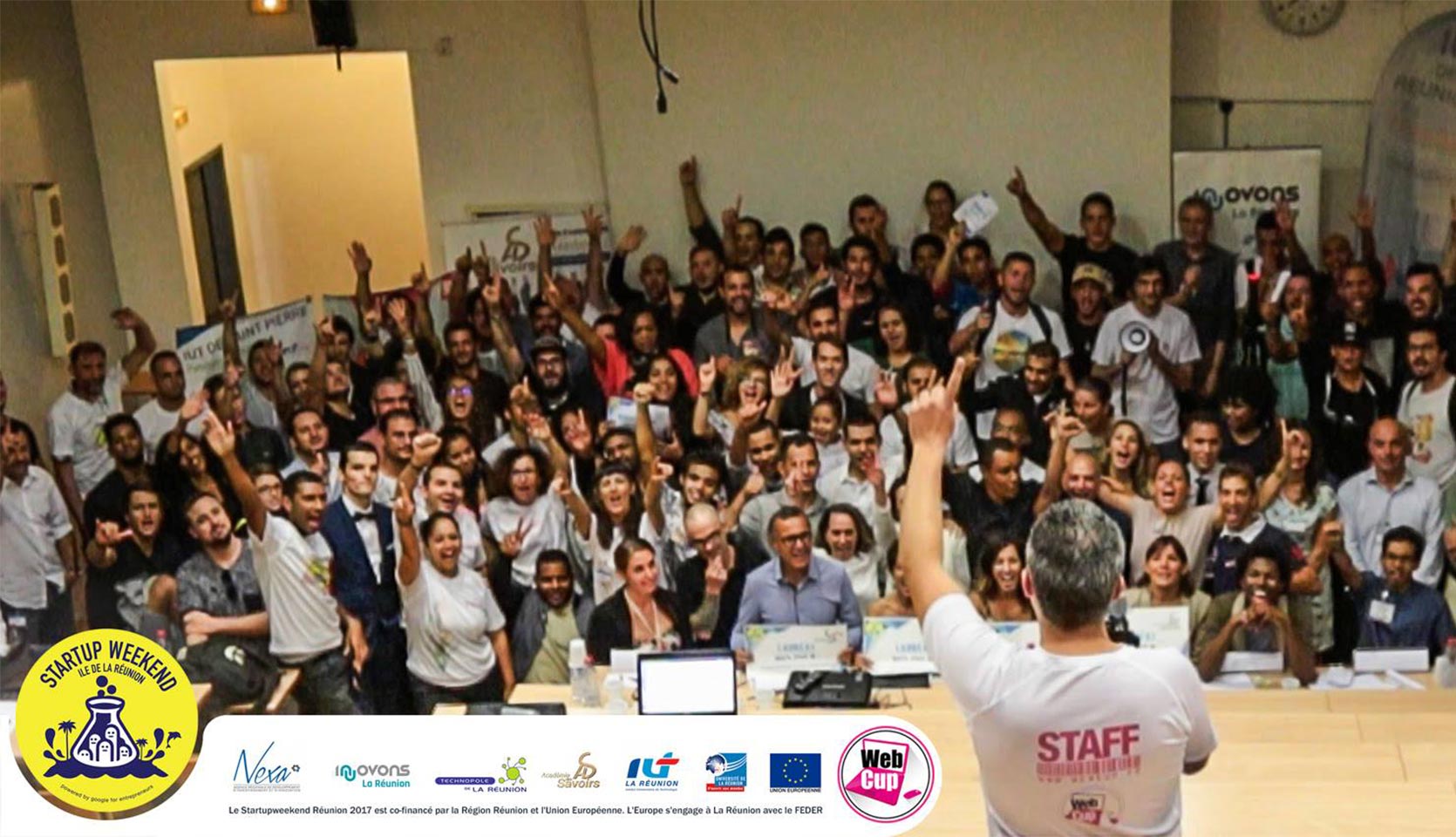 In 2018, the WebCup association will celebrate its 9th anniversary. Since the end of 2009, it has federated and made known the web ecosystem and then start-ups in Reunion before expanding outside the island, to conquer the Indian Ocean. What are the keys to its success? A visionary team, strong societal values, a regional ambition… Let’s discover together the history and the challenges of this association.

A pioneer association in web development

The Webcup was born at the end of 2009, from the will of three web enthusiasts: Fabien Degieux, Alan Chakri and Thomas Craipeau. Together, they organized the first edition of the Webcup, a competition inspired by the Internet World Cup. 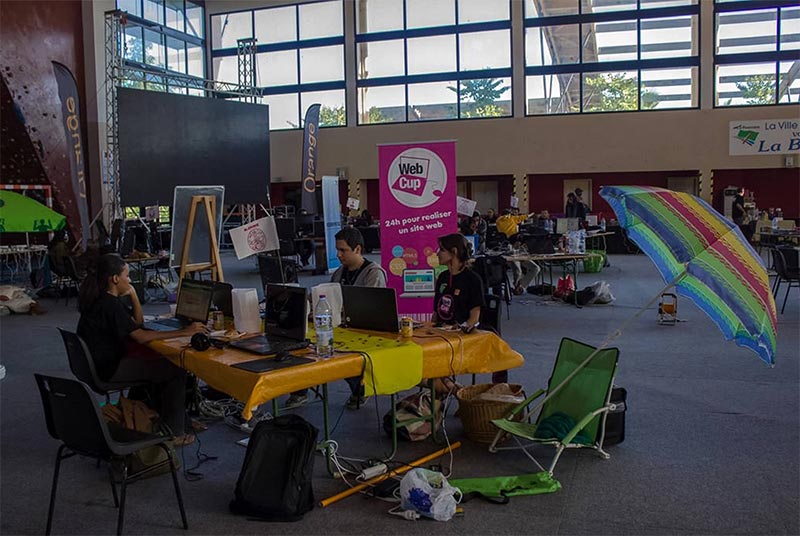 Their observation is simple: Reunion Island is full of digital talents (developers, webmasters…) that only need to be revealed and federated. However, it is to the metropolis that we turn too often to find these competences. 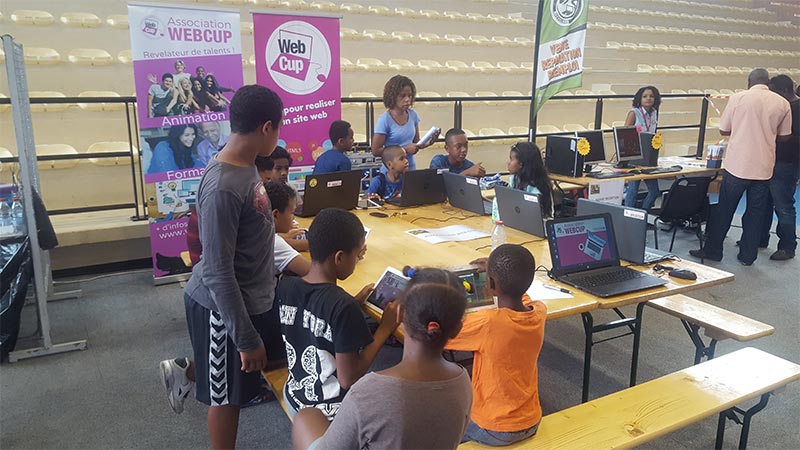 With the Webcup events – 24 hours to create, in team, a website around a theme kept secret until the D-day – Fabien, Alan and Thomas gather, over the years, the digital community of the island and then of the whole Indian Ocean.

In 2017, more than 242 developers from the Indian Ocean were able to create a website in 24 hours and simultaneously on 7 territories! 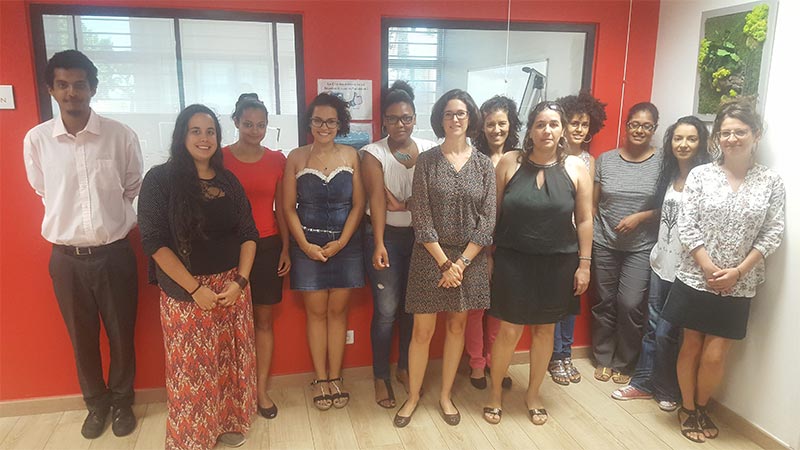 An association that inspires vocations 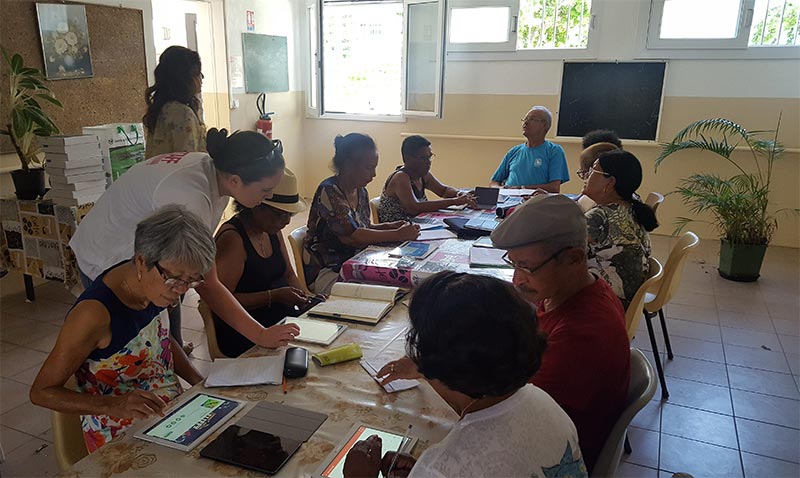 The Webcup competition is a perfect response to the association’s primary mission: to bring together the digital ecosystem at the local and regional level. However, the association quickly realized that this ecosystem was not accessible to everyone. Despite the exponential importance of new technologies in our lives, the digital divide is very real in Reunion.

In order to reduce this divide and help people discover digital technology in a different way, the Webcup association has been focusing on young people, women and Gramounes (senior citizens in Reunionese Creole) since 2015, in partnership with institutional players such as the Cité des métiers.

On the ground, the lack of professionalization of the technological fields in the digital sector limits the rise in competence of the Reunionese in this field. To remedy this, the association is launching, in partnership with the Technological University Institute of Reunion, its own university diploma in 2015, focused on the practical and concrete implementation of skills. 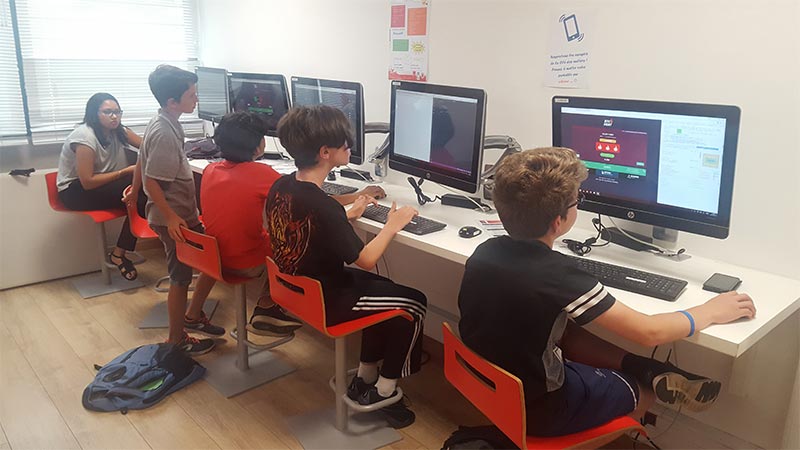 To host even more workshops and allow the birth of new projects within a Fablab, the Webcup association opened the first Webcup Campus in Saint-Pierre in February 2018. This campus is intended to become a flagship location dedicated to the development of 21st century skills such as creativity, innovation and initiative.

A pioneering association – the challenge of entrepreneurship 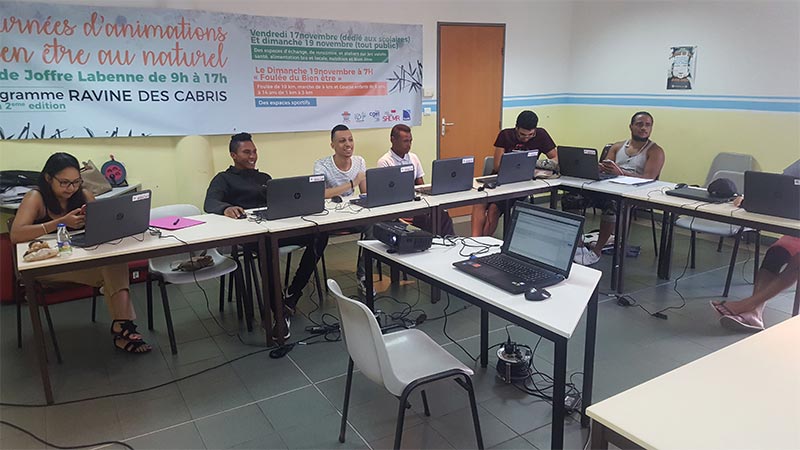 In 2011, as the Webcup competition was a great success and attracted more and more people, Fabien, Alan and Thomas took on a new challenge. The start-up economy is booming in Europe, but this new way of doing business has not yet arrived in Reunion Island.

The association contacts the Startup weekend monde team to organize the event on the island. This was done in 2011 with the first startup weekend Reunion. Over the course of a weekend, several multidisciplinary teams work on start-up projects that are awarded different prizes by a final jury. The motto of the event is simple and attracts aspiring entrepreneurs: “come with an idea, leave with a project!” 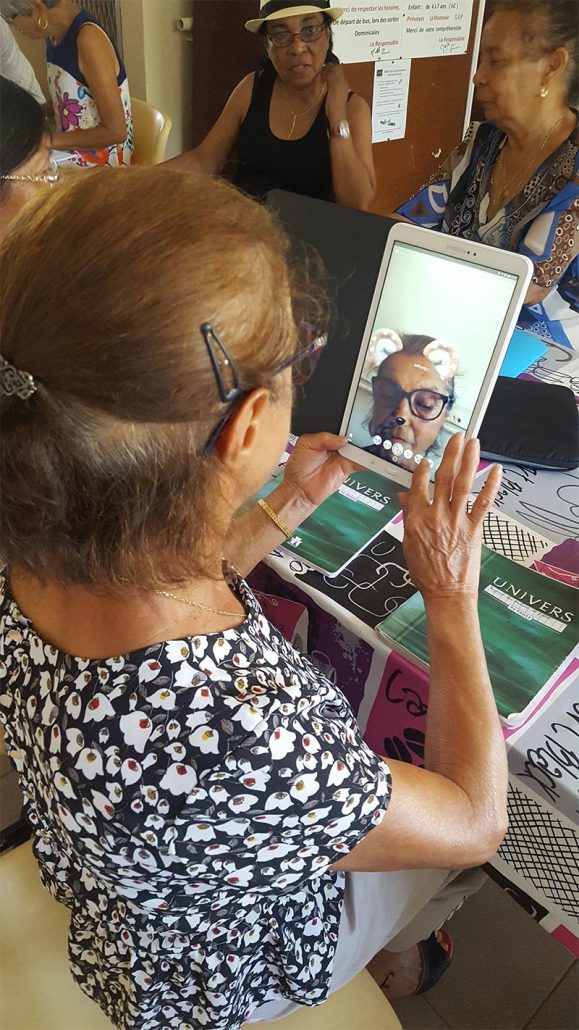 The association succeeded in meeting a double challenge: it convinced Startup Weekend Monde of the importance of making the event free of charge in Reunion Island so that it would be truly accessible to all; it brought together some sixty participants from various disciplines on an island that was just discovering the concept.

And barely 3 years later, in 2014, the Startup weekend Reunion has become so unavoidable that the team is forced to refuse registrations! In 2018, the association will organize the 10th edition and welcome its 1000th participant!

Successes yes, but challenges too 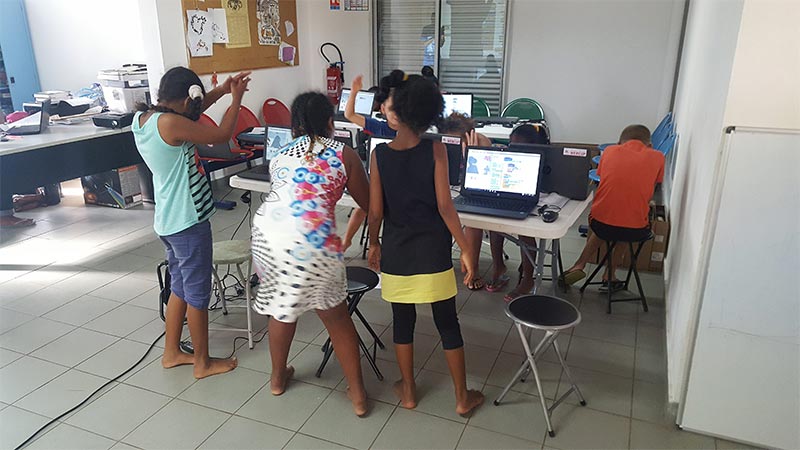 If the association becomes a key player in the digital and entrepreneurial ecosystems of the Indian Ocean, and gains recognition from the institutional world, it must face certain challenges.

The main challenge faced by the association is financial. Despite the public’s enthusiasm for the events, funding is dwindling.

The Webcup association is now struggling to find the necessary funding – both public and private – to organize qualitative Webcups, startup weekends and new events such as “La grande journée des petits entrepreneurs”, an entrepreneurship program for children from Quebec.

The magic touch of the association

Today, the Webcup association is no longer alone in offering events, training and programs that bring the digital community together and develop the spirit of entrepreneurship and innovation. 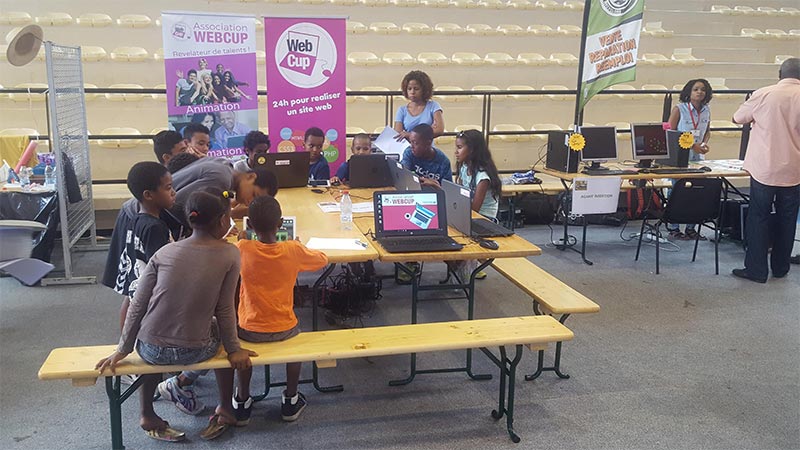 However, it still has a particularity that it cultivates: promoting a different kind of digital learning, one that stimulates creativity and initiative, two skills that are essential to navigate with ease in all spheres of one’s life.

His next move? Organize the “48h Film Hour Project” in Reunion Island, to boost regional cinema and its talents!

Since 2009, the Webcup association has expanded its vision and actions to meet the challenges of Reunion Island. The stimulation of the digital and entrepreneurial ecosystem now goes far beyond the coasts of Reunion. The Webcup association knows the potential of the Indian Ocean region and intends to make it shine through more and more regional cooperation!