It has become a must for our Mauritian developer friends, for more than 4 years now, the WebCup takes place in our small island. ICT.io is proud to be an official sponsor of this new Mauritian edition. This year, the challenge will take place on the weekend of May 20-21 at the BPML CyberTower1 at the Cybercité. For this 5th edition in Mauritius, the format is evolving to allow more time for the jury to note the candidates’ web creations.

A new format for this new edition

In previous editions, teams were evaluated on the basis of a 5-minute oral presentation. This year, there will no longer be this quick presentation, which often left a bitter taste in the mouths of participants who felt that they had not been able to show the jury the work done by their team in such a short time. This year, the teams will present their creation to the jury in the form of a video presentation. This will allow the jurors to deliberate quietly for several days.

The deliverables expected from the participants at the end of the 24h of code are now :

As you can see, the Webcup will take place in two stages. First, there will be the 24 hours of coding, and then a prize-giving ceremony a few days later. The jury members will have several days to evaluate the candidates’ work. Teams will be evaluated on content, navigation, graphic design and technical aspects of the website.

According to Ken Arian, President of OTAM: “This new formula allows us to better highlight the work done by the teams during this weekend, and to better value their know-how. 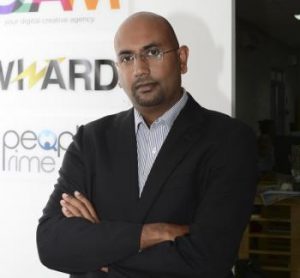 The following Thursday, the jury will deliberate and award the following prizes to the teams: The Webcup Grand Prize, Second Prize, Third Prize and Virality Prize (Facebook). At the end of this round, the winning team of the Jury’s Grand Prize on each island (1st prize) will represent its territory at the “International Webcup Final” at the end of the year in one of the participating territories.

A bootcamp dedicated to the Webcup this Saturday, May 13

To give more chances to the Mauritian participants to succeed in this new format, the Webcup Mauritius will organize, for the first time, and a few days before the weekend of the Webcup, a bootcamp dedicated to the tools and methods of Web development. This bootcamp will be led by specialists, including those of the Front End Group and Hackers.mu. The meeting of the bootcamp is set for Saturday, May 13 from 10:30 am at the Institut de la Francophonie pour l’Entrepreneuriat in Réduit.

The Webcup, an inter-island challenge in the Indian Ocean

As a reminder, the Webcup challenge is the initiative of the Reunionese association of the same name. This inter-island competition takes place over 24 hours non-stop and the objective of the candidate teams (amateurs & professionals) is to create a website. The Webcup takes place simultaneously in 7 territories: Madagascar, Mayotte, Reunion, the Union of Comoros, Seychelles, Rodrigues and Mauritius. The subject and the instructions are the same for all countries, and are kept secret until Saturday 20 May at 12 noon.

It has been 7 years already that the challenge is perpetuated between the islands, and 5 years that Mauritius hosts the competition. It must be said that the Webcup has been a dazzling success in the Indian Ocean: there have been more than 1000 participants since 2010! Last year, the competition attracted 240 participants from the 7 territories. Mauritius, which has hosted the competition since 2013, is a key participant, with the island accounting for over a quarter of the total participation. The small island also had the best female participation rate in the previous edition with a record 42%.

A competition supported by the government and local associations

For the organization of this 5th edition in Mauritius, the Ministry of Technology, Communication and Innovation has again joined forces with the institutions representing the ICT private sector in Mauritius, namely OTAM, MITIA and the CCIFM.

Yogida Sawmynaden, Minister of ICT wants the Webcup to encourage young people and students to showcase their talents and skills by participating in the challenge.

“The Webcup is now an annual event that attracts many computer enthusiasts. My ministry therefore gives its full support to initiatives that allow young people to discover new technologies and robotics in a fun way. Participation in such events, whether for individuals or students, is a real asset to their CV, a certificate of participation is given to candidates, “said the Minister. 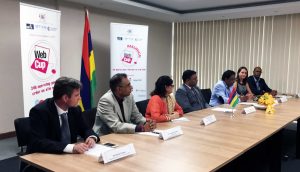 For her part, the President of the CCIFM, Catherine Mitaine, emphasized the objectives of digital innovation and the international dimension of the challenge.

“Beyond the fun and competitive aspect, it is important to promote Mauritius as a digital destination of first reference on the one hand, by highlighting its potential to master technologies, to innovate in order to be able to challenge international contracts while enhancing regional cooperation. And on the other hand, by offering international visibility through media coverage on several territories both at the level of the OI zone and internationally.”

The competition is open to the public, to amateurs, but also to professionals.

The most common profiles are those of : 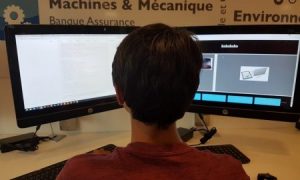 Participants must register as a team (1 to 4 people maximum) in one of the 2 categories:

Registration is open until Monday, May 15, 2017 at the following link, so hurry up and take part in the digital challenge!