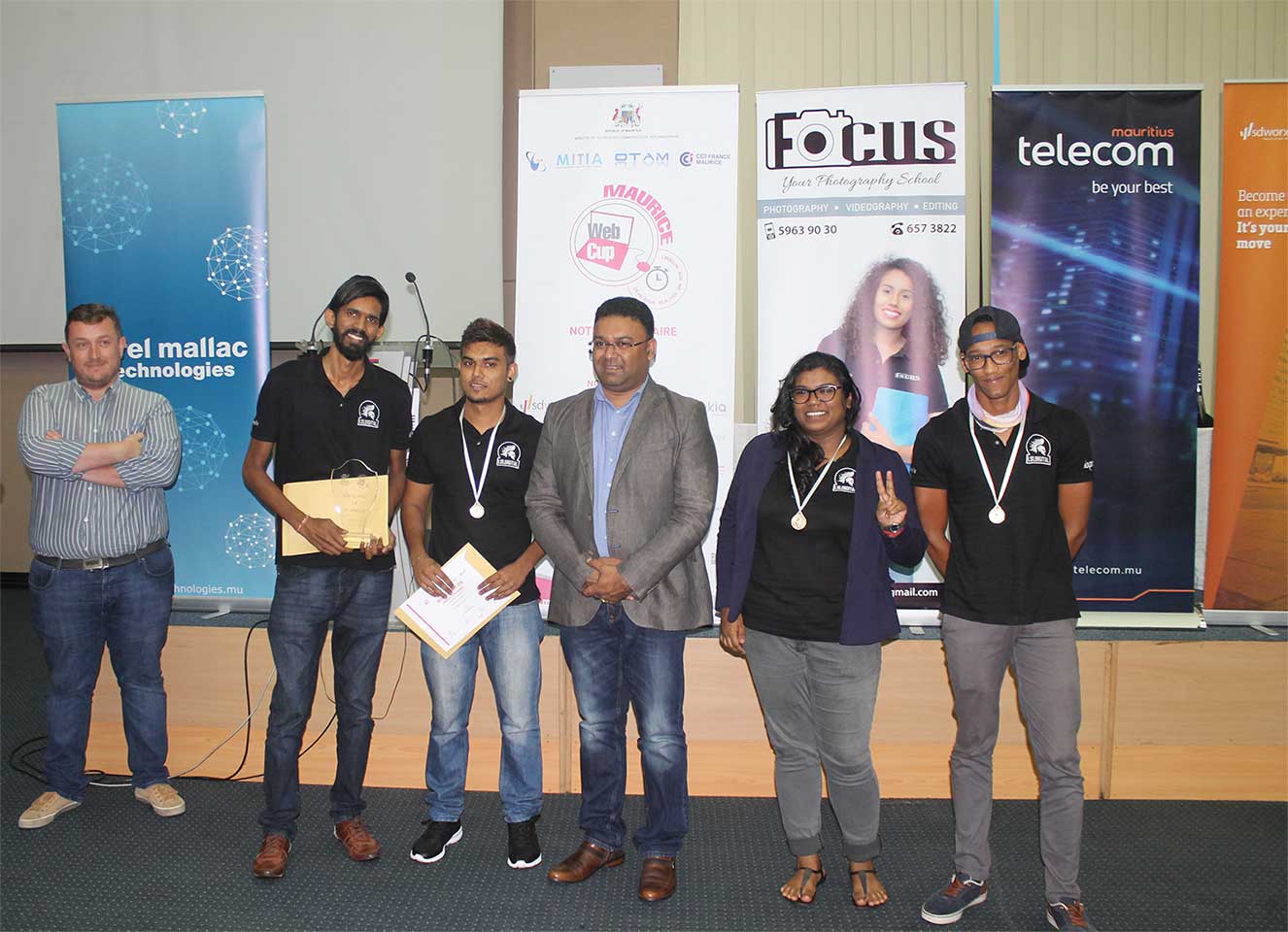 Nice success for this sixth edition of the Webcup Mauritius, which was held the weekend of May 5 to 6. Small spoiler… Only one team brilliantly survived the zombie attack!

If there were a thousand activities to do during the weekend of May 5th and 6th, many people chose to come and take up a challenge: create their website at the WebCup. Professionals, amateurs and students met to create the best website based on a theme chosen by the WebCup Association of Reunion Island.

24 hours, 20 teams and a very inspiring theme: facing a zombie attack! Which team managed to survive, set up a barter system with the survivor camps and publicize their services through a website? A whole strategy to be set up!

“This year we had a lot of young students participating, which shows the interest of the younger generation in the technology sector. All we can say is keep it up. The WebCup is also an opportunity to strengthen the ties between the islands of the Indian Ocean, a necessary communion for development,” said the Minister of Technology, Communication and Innovation, Yogida Sawmynaden, minutes before the announcement of the winner.

After Andriodland, it’s time for the Zombies’ attack!

Let’s go back a few hours before the start of the competition! The morning of Saturday, May 5th was a special one, both for the participants and for the WebCup Mauritius team. The 6th edition of the WebCup saw the participation of students from the African Leadership University and the University of Mascareignes. We also find professionals registered on behalf of their company such as LSL Digital for La sentinelle.

At mid-day, all those present, especially the participants, were able to learn about the theme chosen by the Webcup association of Reunion. After Androidland last year, this year the participants have to face a terrible zombie attack. The ultimate goal: SURVIVAL!

The participants had the task of developing a site promoting the products of their respective Neo-Zone. Before the start of the competition, each team was asked to choose a “label” between fishermen, farmers, hunters, among others. If at first we wondered what these labels would be used for, the discovery of the subject has clarified things.

Label in hand, subject revealed, participants had to be creative to promote their website and set up a barter system to survive. To say the least, everyone survived, but one team more than the others.

LSL Digital wins its place in the grand final between the islands!

After 24 hours of continuous work on the creation of their site, it is tired faces that we find on Sunday afternoon, a few hours before the announcement of the results.

After the jury panel had reviewed the websites created, the participants gave a one-minute presentation followed by a question-and-answer session with the jury about their work. We were treated to a parade of the teams and their creations. Impressive, that’s how we can describe all the work done by each team. To succeed in providing a complete site, with beautiful visuals, even if the outcome is not total the essence was there, hats off.

Visuals, site interactivity, accessibility, site comprehension and technological tools (html, javascript, among others) were all scrutinized by the jury panel. And as in any competition, we need a winner, but the losers did not lose out. LSL Digital is the winning team and is qualified to represent Mauritius in the grand final between the islands.

The virality award, for the team with the most “likes” on the WebCup Mauritius page, went to the student team of SUPINFO International University, Mauritius, YGNI. This team also won the jury’s “Coup de Coeur” award, which was won by this particularly dynamic student team during the competition. 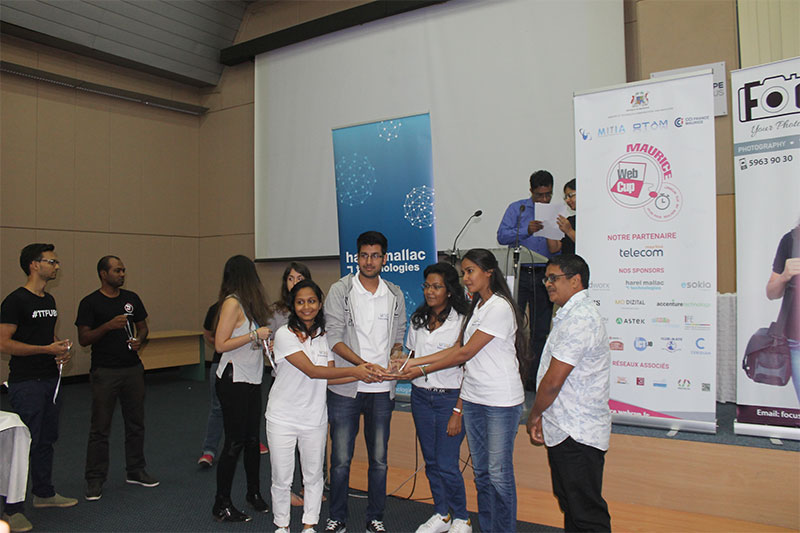 A great Mauritius WebCup again this year! We will have to wait for the grand final between the islands of the Indian Ocean, during which LSL Digital will represent the colors of Mauritius.