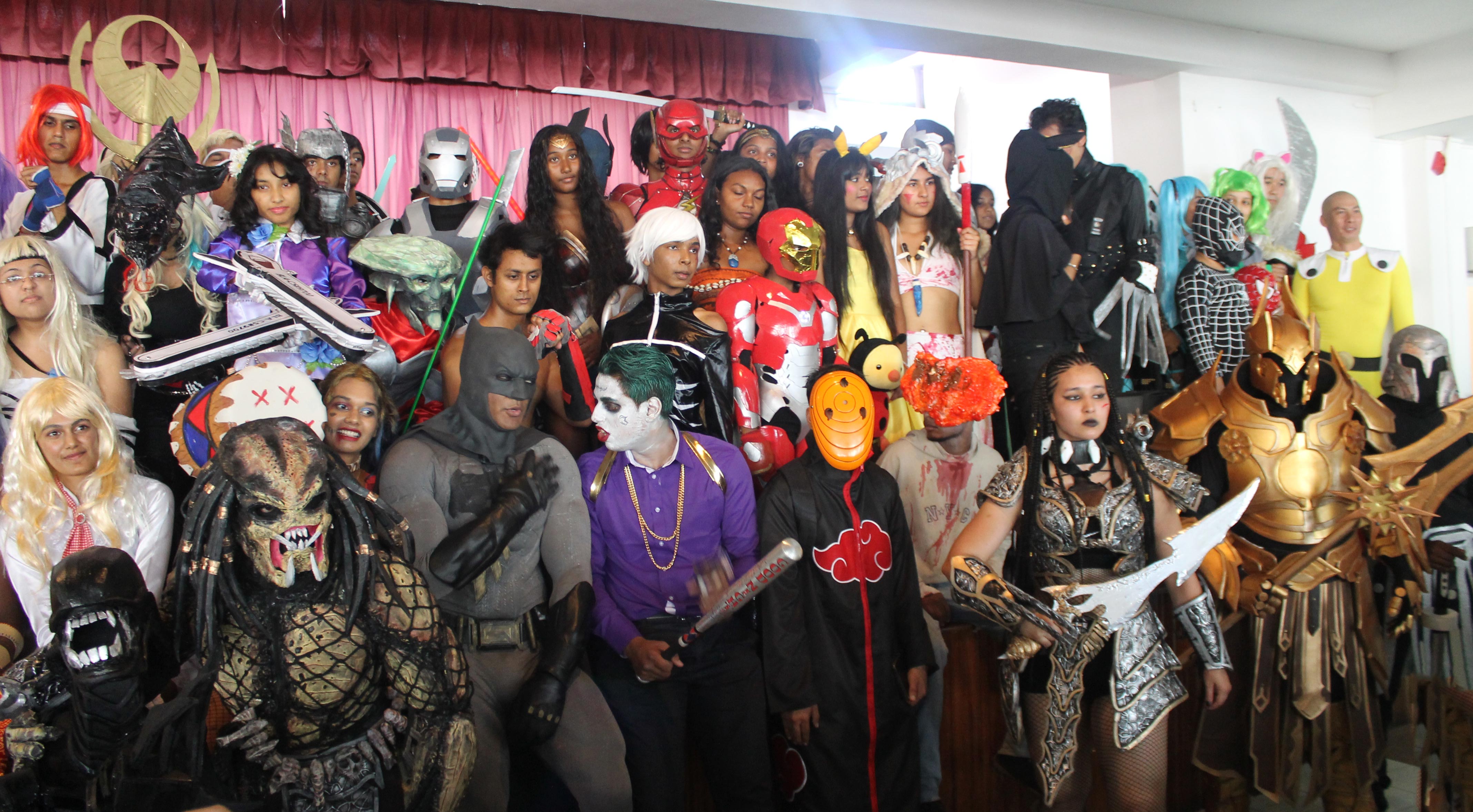 We went on Sunday, December 10th to meet the cosplay lovers. Batman, Harley Quinn, Sailor Moon… a great meeting with Japanese manga characters and Marvel comics. Follow us into this fantastic, magical and exciting world!

On Sunday, December 10th, a new edition of AnimeNext was held at the Chung San Hall in Port-Louis. AnimeNext has become “the” annual meeting place for Japanese manga lovers, a concept brought back to Mauritius in 2009 by Rudy YIP, the event’s organiser. With a break after the first edition in 2009, the organizing team decided to relaunch the cosplay event in 2012. Since then, the event has been growing in popularity, attracting more and more people: young people, teenagers, parents, all of them indulging their passion for Japanese manga for a day.

While attending the event, the amazement of the first times gave way to surprise! We must confess that, unlike the manga universe, the cosplay universe was totally unknown to us. So we went from surprise to surprise at the sight of the manga characters that definitely piqued our curiosity. 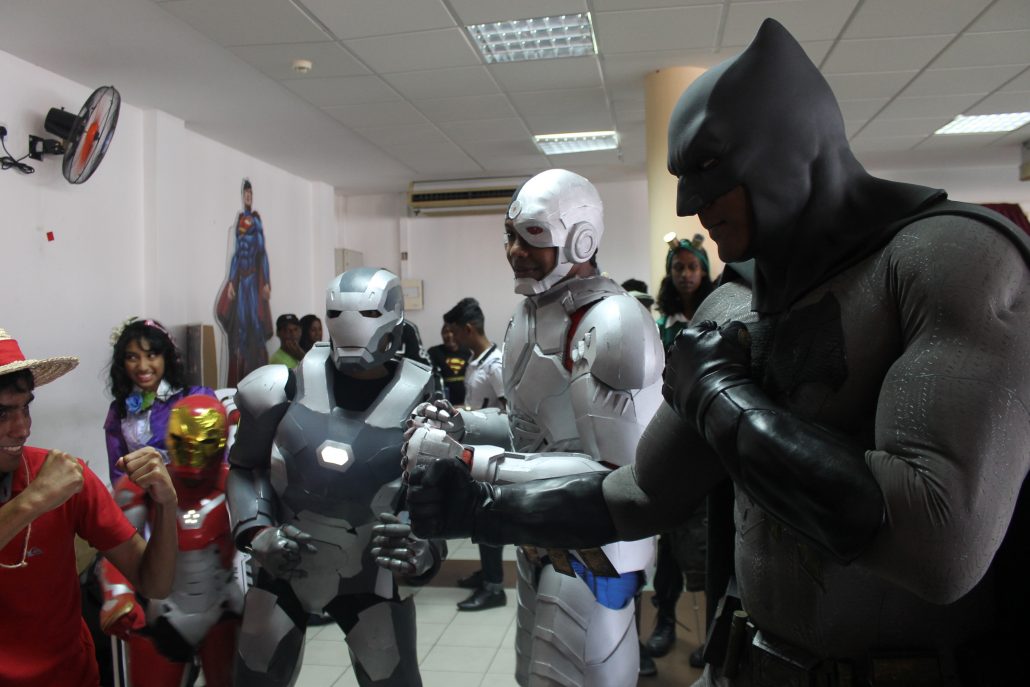 Among the heroes we had the chance to meet, let’s mention Batman or Wonder woman… Marvel comics characters such as Harley Quinn, Joker, Iron man, rubbed shoulders with those from mangas: Pokémon, Sangoku from Dragon Ball, the dark magician from Yu-Gi-Yo. Stéphane Wong Ng, a member of the organizing team and host of the day, played the character of Saitama.

This event aimed to promote Japanese culture and especially manga in Mauritius. All the fans of the genre meet once a year to share their passion and over the years, a crowd of costumed people, young and old, has come together. 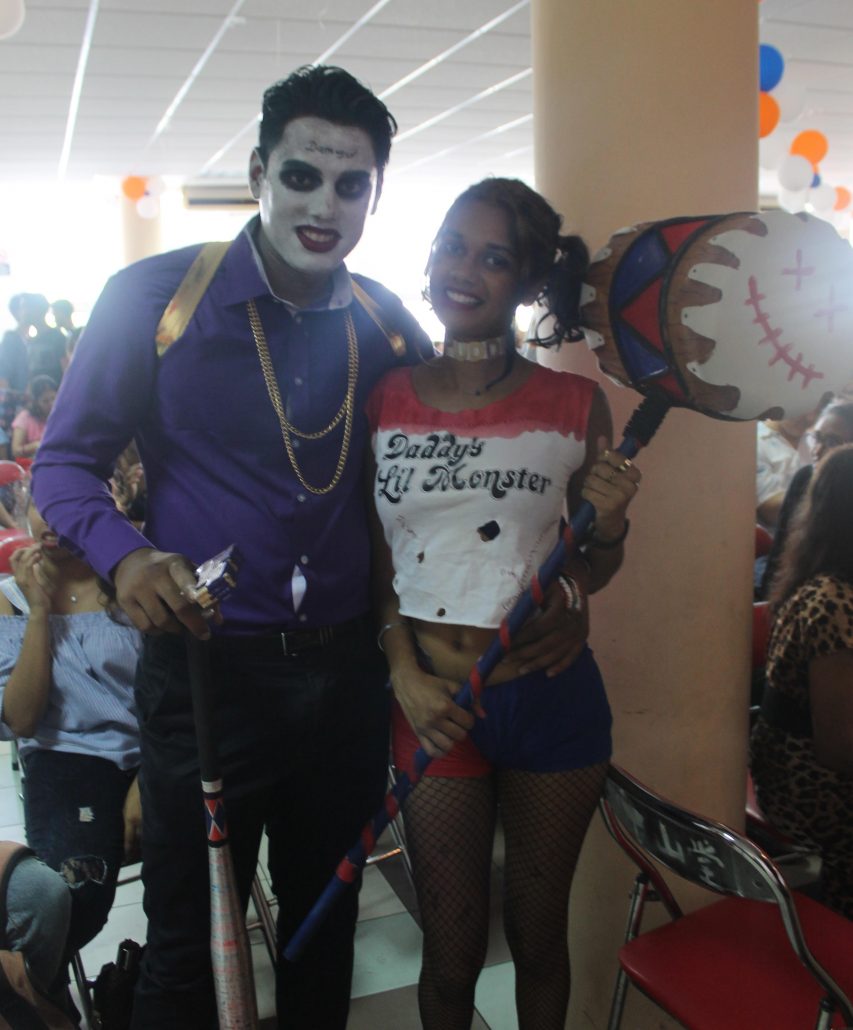 Apart from a parade of Marvel heroes and manga villains, other artists were at work. The latter take pleasure in reproducing characters such as Pokémon. Visitors were treated to video games by Vipin games. Moreover, these 100% Mauritian video games are available for free download on Google Play.

Among the stands, we particularly liked the one allowing the construction of Japanese models. Participants were given parts imported from Japan, instructions for use and their imagination! 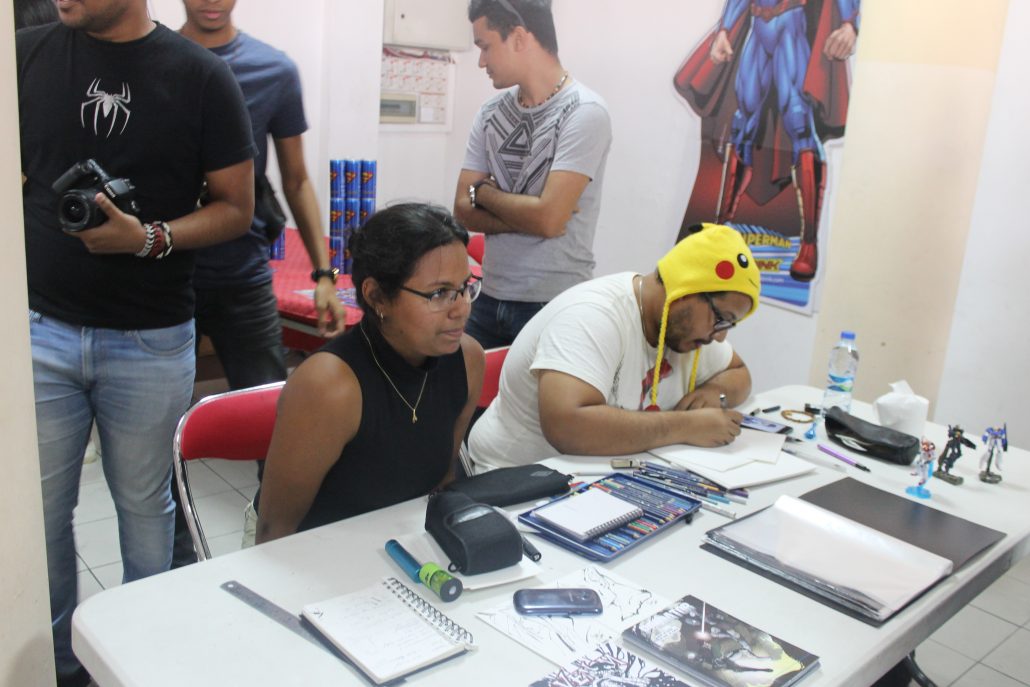 The participants took the time to create their costumes and to play a little stage game to present their character. This allowed us to understand why some costumes seemed to come straight out of Marvel’s closets. Every accessory, sword, headband, wig, make-up has been studied so that the costumes are close to perfection. No detail has been omitted so that the actors faithfully embody their manga or Marvel character. 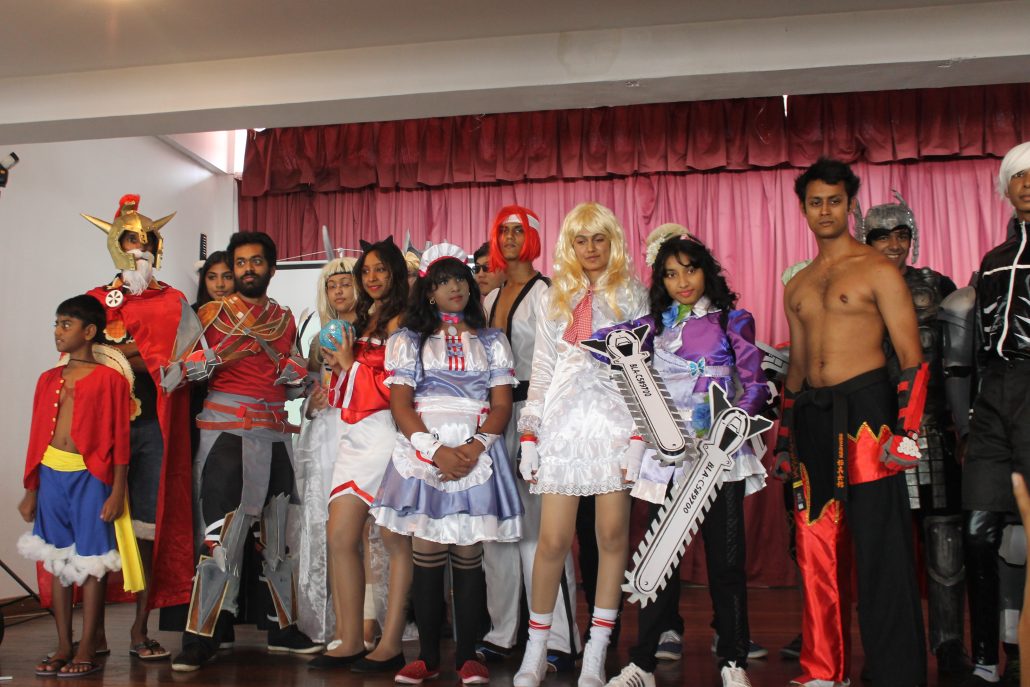 A jury composed mainly of the event’s organizing members selected the winner. This edition was therefore seduced by Predator, the terrifying character from the film of the same name, played by Fréderic Lamarque, the big winner. For the record, this is the third time that Fréderic has won the title of best costume cosplay.

“My passion for cosplay started when I was a kid. I always loved to tinker, but I didn’t know about cosplay at that time and I used to tinker with anything and everything I had at hand. Then I discovered cosplayers abroad, but I didn’t know that there was such a convention in Mauritius. Apparently it started in 2009 in a rather confidential way! It was in 2013 that I had the opportunity to participate for the first time, with something really simple. That’s when I realised that it wasn’t just the crafting I liked to do, but the cosplay itself, that is to say, embodying a character. Putting myself in the skin of a character and embodying it: I have a new passion! In 2015, I asked myself why not win something. I started working hard on my costume, which helped me win first prize! This year I put in the floor and this is the third year in a row I’ve won cosplay,” the lucky winner tells us. 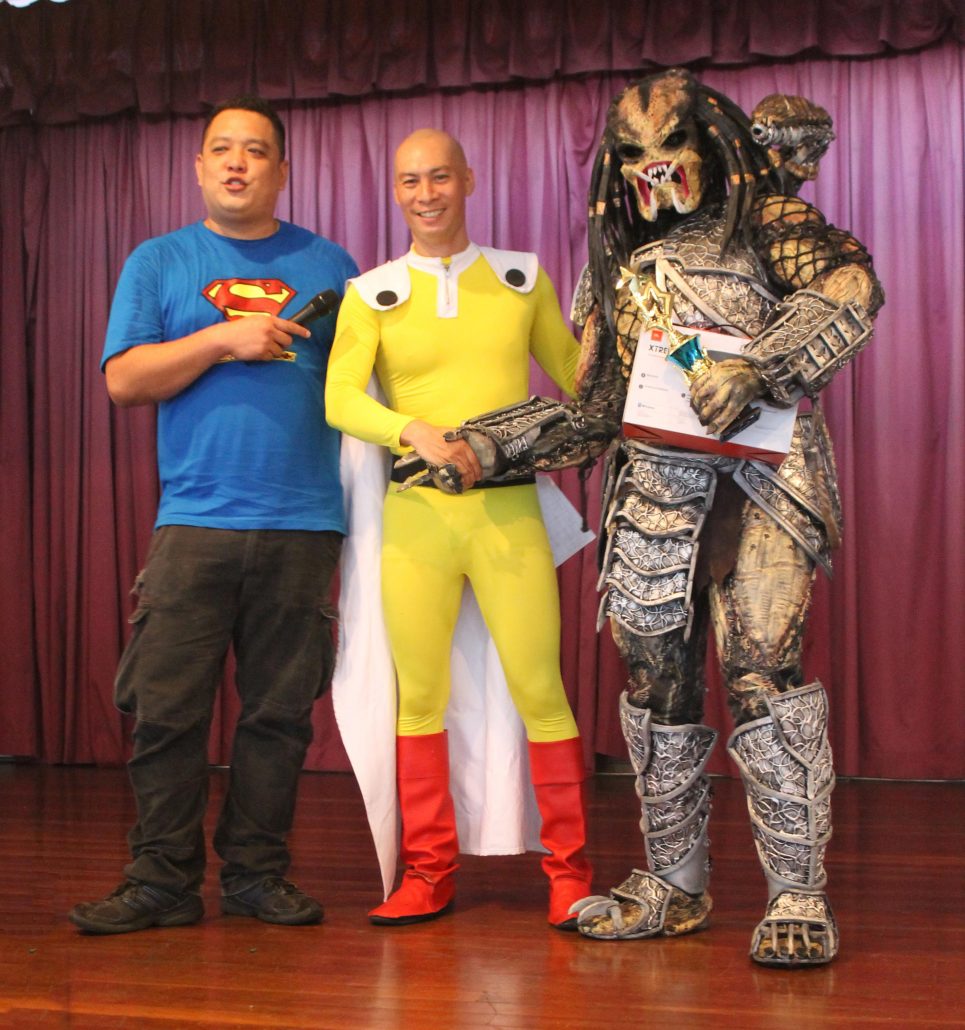 AnimeNext introduced us to the world of fantasy, a branch of geek culture that we didn’t know, but that we enjoyed discovering. We were very surprised to see the fascination of a large number of Mauritians for this unusual universe.

Passion and sharing will be the words we will remember from our foray into this phantasmagorical universe!