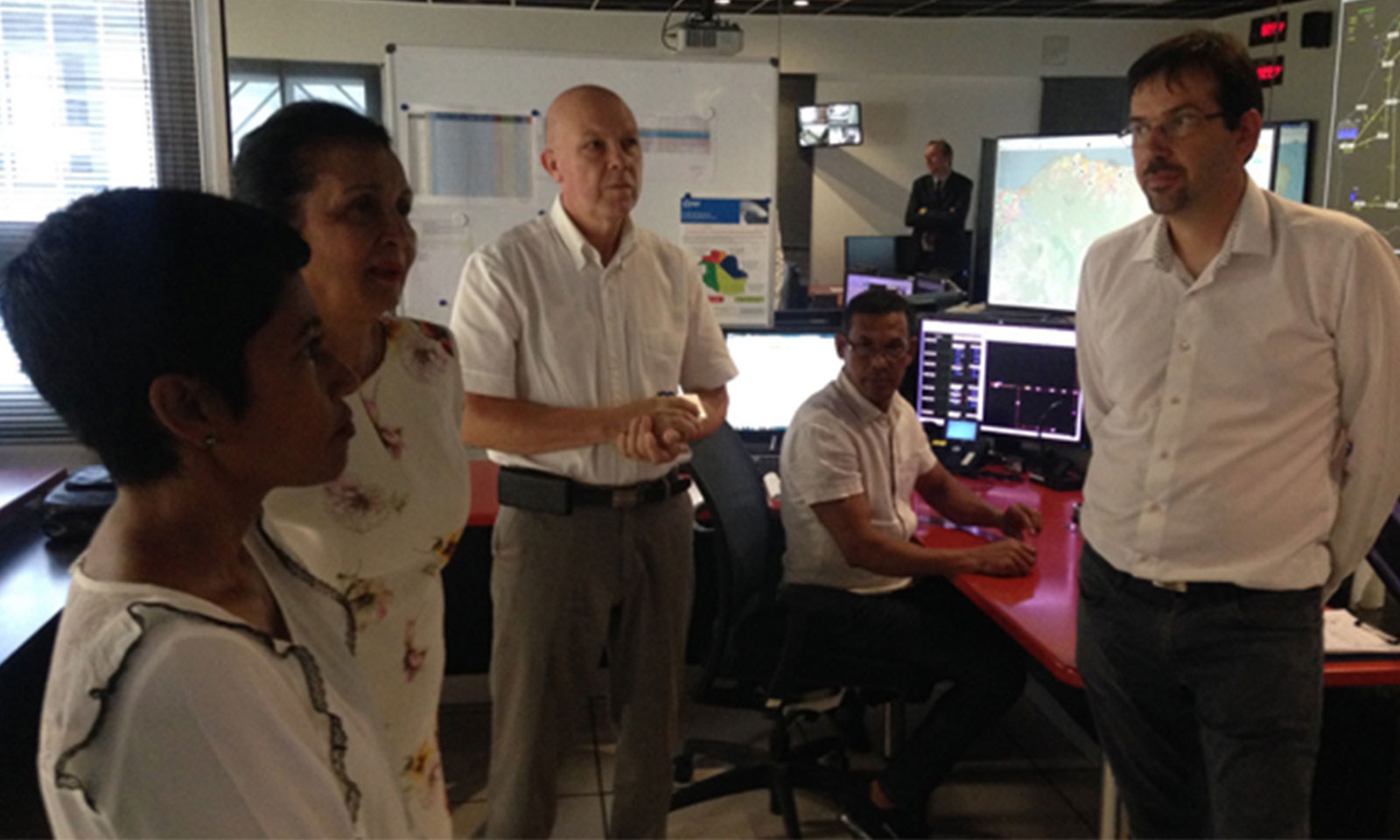 EDF Réunion presented its 2018 balance sheet and took the opportunity to announce the 2019 outlook for electricity in Réunion. Knowing that Sister Island is a land of energy, the regional director of EDF presented the energy ambitions for the coming year.

EDF is committed: by 2020, half of the energy produced will be renewable

An exclusive visit was made to the Mont-Vert electrical transformer station under construction and the Langevin water development on the program. Thus, the question of energy issues for Reunion Island arises. At the beginning of 2018, EDF Réunion was already announcing the color. Indeed, the company was committed to ensuring that half of the energy produced on the island was renewable. Thus, their objective is to bring the department towards energy autonomy in the years to come.

In 2018, 36% of Reunion’s total energy was clean energy. Today, EDF intends to increase this figure to 50% by 2020. For this purpose, 40 km of power lines were installed in Mont-Vert. This approach aims to ensure security of supply in the south of the island. 22.5 million has been invested to contribute to the development of this region. Jean-Francois Allin, director of energy transition, explains that this will be used to “improve the backup facilities in the South of the island.” This, through systems that allow the resumption of electricity and power supply to consumers in the South.

A favourable situation for the development of new energy resources

Moreover, Reunion Island is a real land of energy. Indeed, it has the ideal conditions for the exploitation of energy resources (photovoltaic, hydroelectricity, power station…). The general manager of EDF Reunion, Olivier Duhagon, adds that “hydraulic power produces 20% of the energy, photovoltaic power mainly and wind power 10%”. In addition, the company continues to innovate in the development of renewable electricity generation.

Despite its goal of increasing this figure to 50% by next year, it should be noted that Sister Island is already well ahead of the metropolis. In fact, only 15% of the energy produced there is renewable. In detail, about 14% of the energy comes from the hydraulic dams of Reunion Island (Takamaka 1 and 2, Rivière de l’Est, Bras de la Plaine, Langevin). Another 9% comes from solar, wind and biogas sources. In addition, there is also 9% of energy from bagasse, among other things.

In addition to EDF, private companies such as Albioma, Akuo or Quadran also intend to grow their clean energy production. On the Mafate side, the start-up Powidian has proposed a mix of solar and hydrogen. Thus, when the sun is no longer available, batteries take over, and they are themselves relieved by hydrogen which ensures the continuity of production. Thanks to this system, three buildings can be supplied with electricity, even in the event of bad weather lasting ten days. The passage of cyclone Berguitta proved the effectiveness of the system!