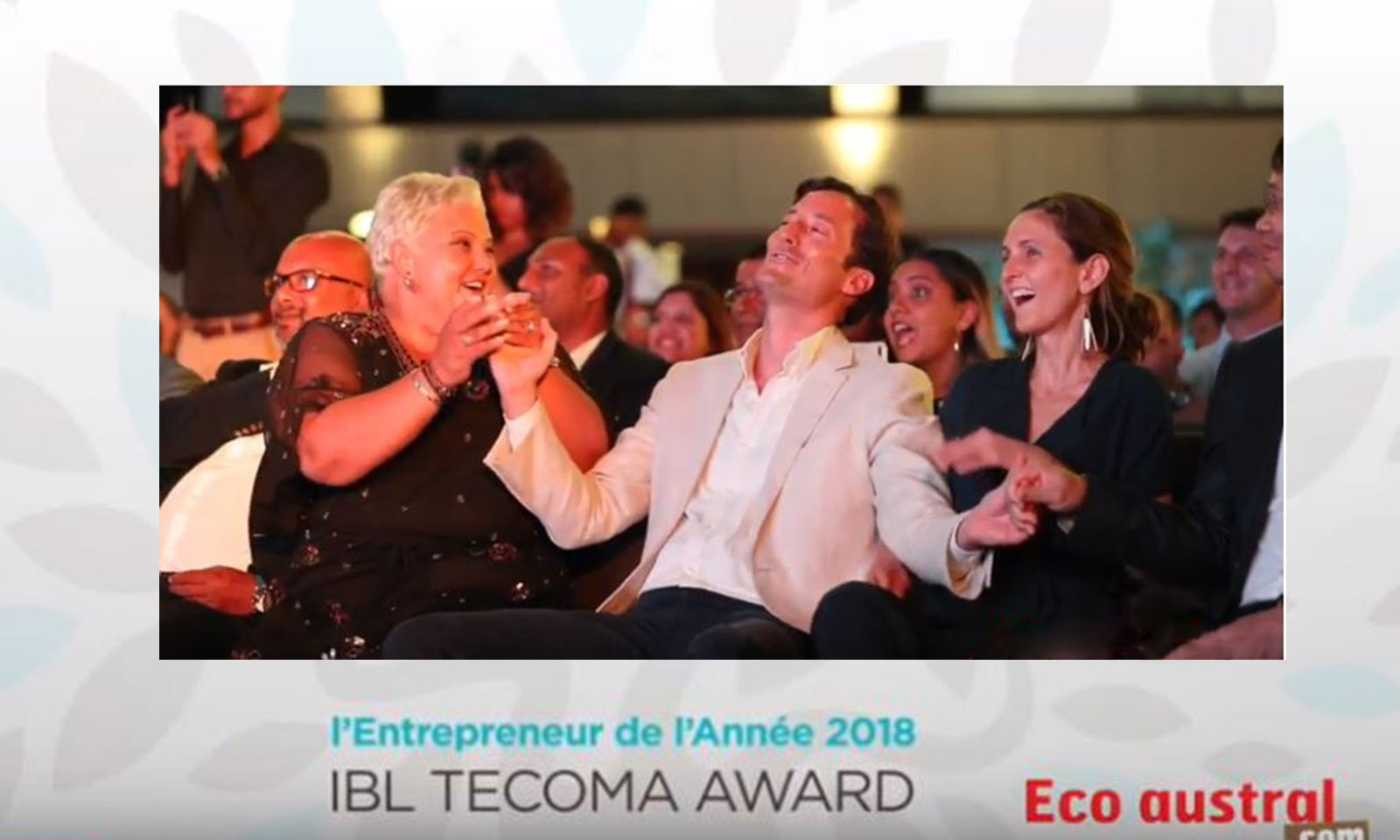 Christopher Rainer, founder and CEO of Marideal and PriceGuru, won the Entrepreneur of the Year award. The award, the IBL Tecoma Award, was presented to him at an event held on November 9 at the Trianon Convention Centre. It came first in the Innovation and Progression categories.

Entrepreneur of the Year 2018

Founder and CEO of Marideal and PriceGuru, Christopher Rainer, has been named 2018 Entrepreneur of the Year. This is the fifteenth edition of the Tecoma Award, organized by the magazine L’Eco austral, in partnership with IBL Together.  In addition, Emmanuelle Coquet, Managing Director of The Gourmet Emporium, received the ” Commitment citizen” award, while Renaud Azéma, from Vatel International Business School, was singled out for his ” External Dynamism “. Steeve Thomas, Managing Director of New Capricorn Services, was awarded the ” jury’s favourite” prize .

A true pioneer, Christopher Rainer has revolutionized the field of e-commerce in Mauritius. Today, her two platforms, MariDeal.mu and PriceGuru are reaching new heights. Indeed, they generate more than 400,000 visits per month, 138,000 customers, and above all, it is the origin of a real ecosystem. No less than 800 companies use these platforms to promote and sell their services or products.  The business leader testifies that “technology is really transforming the traditional economy through the digital economy. It’s really something that has democratized, not only access to information, but also entrepreneurship.”

Composition of the jury in Reunion Island

The jury met on 31 October in La Réunion to deliberate. Detailed videos and presentation files of each nominee were combed through before voting for each of the four categories.

However, the election result also takes into consideration a survey of over 200 Mauritian business leaders. The poll and the jury vote each count for 50% of the final result.

Business leaders are then nominated in four categories: Progression, Innovation, External Dynamism and Civic Engagement. The Entrepreneur of the Year is the one who wins the overall ranking. During the evening of November 9, guests were able to discover the results of this election. This is the fifteenth edition of the event and it was Christopher Rainer’s face that appeared on the giant screen after the traditional countdown. By launching Marideal, this entrepreneur has made it easier for Mauritians to access hotels in Mauritius via the Internet. A system that has since seduced more than one !

Entrepreneur of the Year Award : the beginnings

Alain Foulon, founder and director of L’Eco austral explains that : “we launched the election of the Entrepreneur of the Year in Reunion in 1995, in Madagascar in 1999 and in Mauritius in 2002 “. Indeed, when they set up in Mauritius in 2001, they noticed that such an event did not exist in the Mauritian landscape. However, according to the Eco austral ” Mauritian entrepreneurs are very dynamic, but they do not always try to show what they do. ” So, through the Tecoma Award, the project is to highlight ” the talent of these entrepreneurs and their collaborators. “