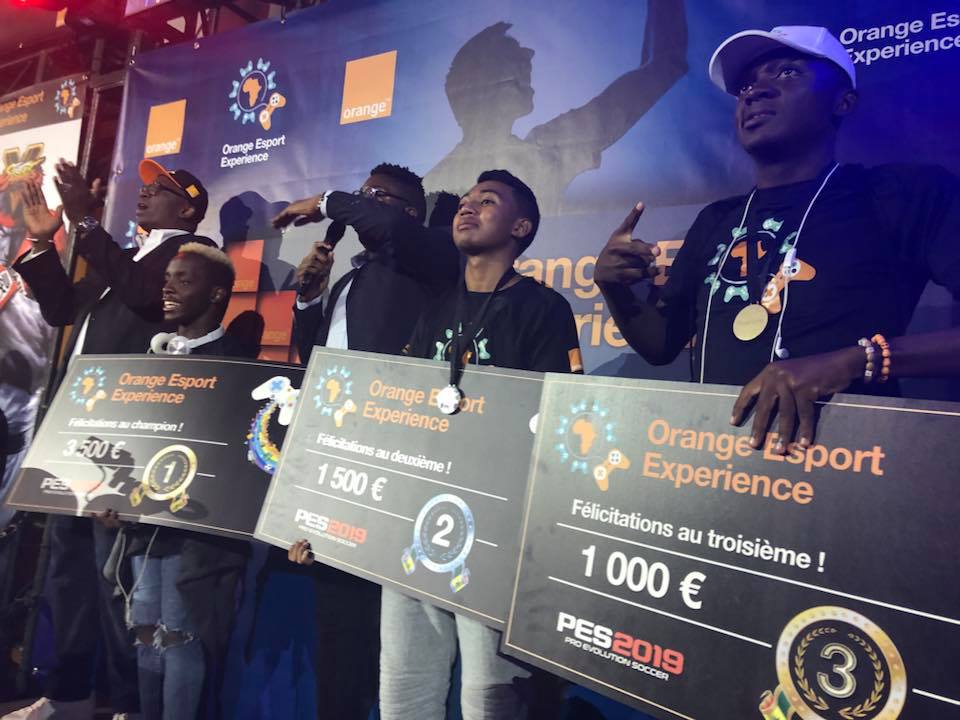 Mamitiana Rakotoarison becomes African Champion at Orange Esport Experience tournament. It is thanks to his exploits in the game Asphalt 9 that he got this title. Thus, during the grand finale of this pan-African tournament, Madagascar shone thanks to its gamers. On the other hand, Mamitiana Herilanto Ralainaivo has reached the final on PES 2019.

As the young Malagasy gamers prepared to face their opponents, the final held all its promises. Mamitiana Michel Rakotoarison, Ranto Manoro Ratsimiliavahoaka and Mamitiana Herilanto Ralainaivo flew to Senegal in early December. The grand final of the Orange Esport Experience tournament took place in the great hall of the Palais des Congrès of the King Fahd Palace in Dakar (Senegal).

Four games on the program

The players were on their toes on Thursday night. The four games on the Orange Esport Experience program were Pro Evolution Soccer 2019, Asphalt 9, Street Fighter V and Arena of Valor. And the players from the Big Island did not lose out. Indeed, against the African champion in title, the Cameroonian Emmanuel Weaver, Mamitiana Rakotoarison has reversed everything on its way. Asphalt 9 allowed him to return home with the trophy and the title of new champion in this category.

A cheque for 1500 euros for the young player

PES 2019: another Malagasy player also in the final

Mamitiana Herilanto Ralainaivo, for his part, came close to achieving the feat on PES 2019. Yes, the young Madagascan managed to get a place in the final, where he faced the Ivorian Hermann. During the first 20 minutes of the game, the advantage was with Mamitiana, alias Rayan. He boasts an incredible 69 per cent possession rate. Although he finished in2nd place, he also walked away with the sum of 1500 euros.

Big_Tom_2138 in the running for Street Fighter V

Among the three players participating in the Orange Esport Experience tournament, there was also Ranto Manoro Ratsimiliavahoaka, aka Big_Tom_2138. Defending the colors of his flag on the game Street Fighter V, the young Madagascan was eliminated during the qualification for the Top 8 of the Loser Bracket. The three gamers returned home on December 8, with awards in their arms and memories in their heads.

The must-attend event for African gamers

For your information, Orange E-sport Experience brings together gamers from all countries where Orange is present. However, this tournament remains open to other countries for a final confrontation in a spirit of combativeness but also of fair play. Moreover, Orange aims to make it the reference competition of E-sport in Africa, in order to reveal the best continental players. This event aims to maintain the passion of young Malagasy for gaming through local events and tournaments.