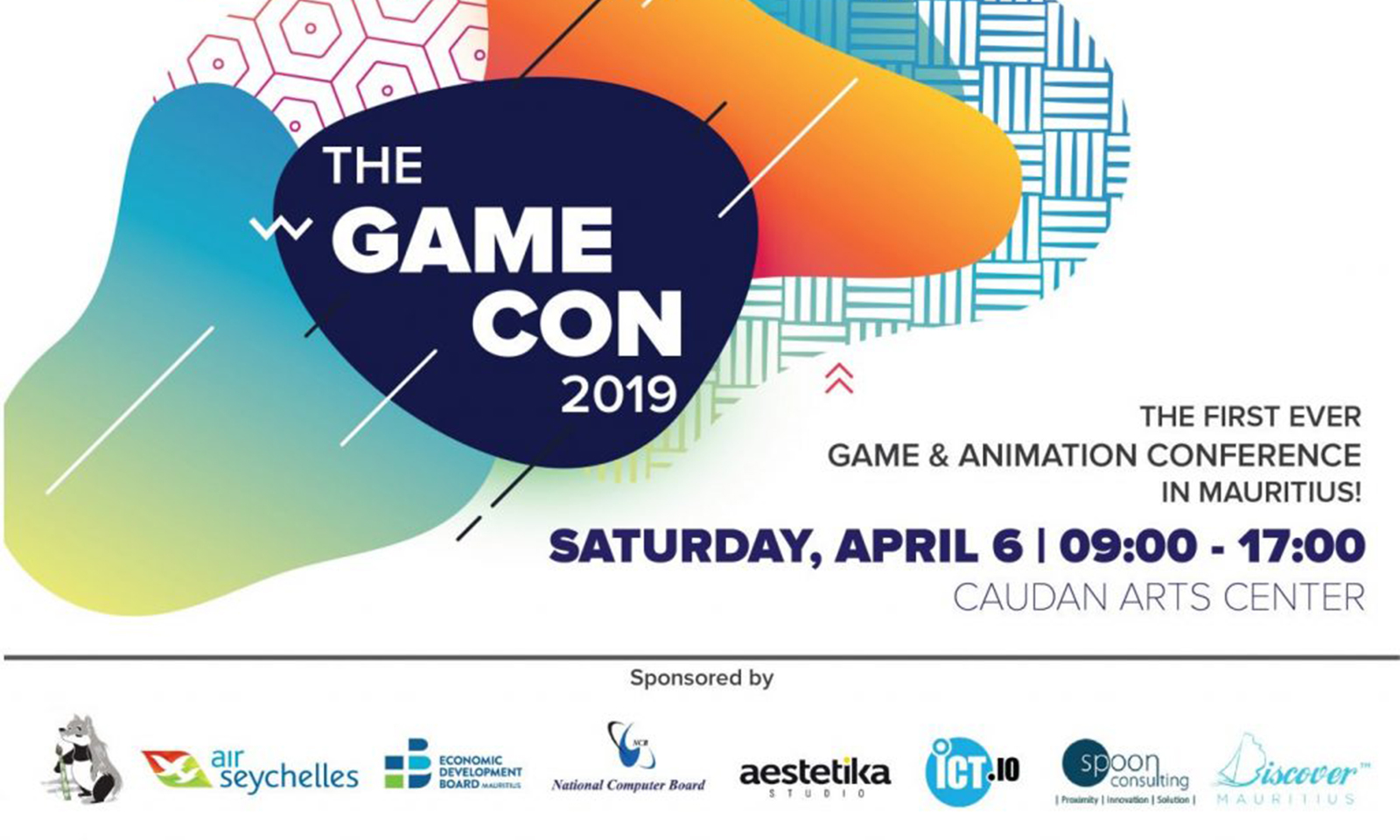 Gamecon 2019 is fast approaching. This video game and animation industry conference is coming to Mauritius for the first time. Companies specializing in digital advancements, as well as members of the public, have a date on Saturday, April 6, 2019. The conference will take place at the Caudan Arts Centre.

Now a reference of the local cultural scene, the Caudan Arts Center will host the very first Gamecon in Mauritius. Experts from Ubisoft and Aestetika Studio, as well as speakers from Asia and Africa will be present for the occasion. This event is also aimed at all those interested in the video game and animation industry and its evolution. Thus, students in ICT, Fashion/Design or any other actor of the gaming community are invited to go to the Caudan Arts Center.

Exploring the future of gaming

Gamecon 2019 is all about popularizing the various sectors of this industry. However, the idea behind this Panda & Wolf initiative is also to allow young Mauritians to explore their future prospects. Furthermore, with a view to transforming Mauritius into a digital island, this conference will be a springboard for young people to discover the multitude of professional opportunities to which they can aspire.

180 billion market in the next two years

Recent studies have estimated that the game development market could be worth $180.1 billion by 2021. For a total immersion in this world, speakers from Africa and Asia will be present. Thus, among the personalities present, we will find the Indian Fashion Stylist Suraj Mahtani. He is the creator of the costumes for the video game Just Dance at Ubisoft, a global video game development giant. Suraj Mahtani will talk about character styling, the art of dressing up video game characters and its various components. He will also speak on the importance of fashion in the field of development.

In addition, Veda Dean, co-founder and director of Panda & Wolf, will take on the task of introducing the various themes that will be on display throughout Gamecon 2019. Among the speakers, Ingrid Bell, CEO of the South African design agency Aestetika Studio – and recently settled in Mauritius – will address the themes of the psychology of colours, sounds and music in the development process of Animations (Cartoons and Advertising Animation). This motion design and audiovisual specialist will also explore the concept of gamification, which simply refers to the use of game elements by applying them to other areas of our lives.

Launch of the Eco-warriors game in the Indian Ocean countries

Among the various topics, Brian Dean, creative director and co-founder of Panda & Wolf will talk about the effects of video games on the human brain. He will also discuss the conceptualization of characters and the work of a screenwriter in this industry. The young entrepreneur and disrupter plans to launch the mobile game Eco-warriors in the Indian Ocean countries next fall. Following the concept ofEdutainment, Eco-warriors will be a playful tool that will aim to raise the ecological awareness of young users and provide a real environmental call-to-action solution.

The sponsors of this event