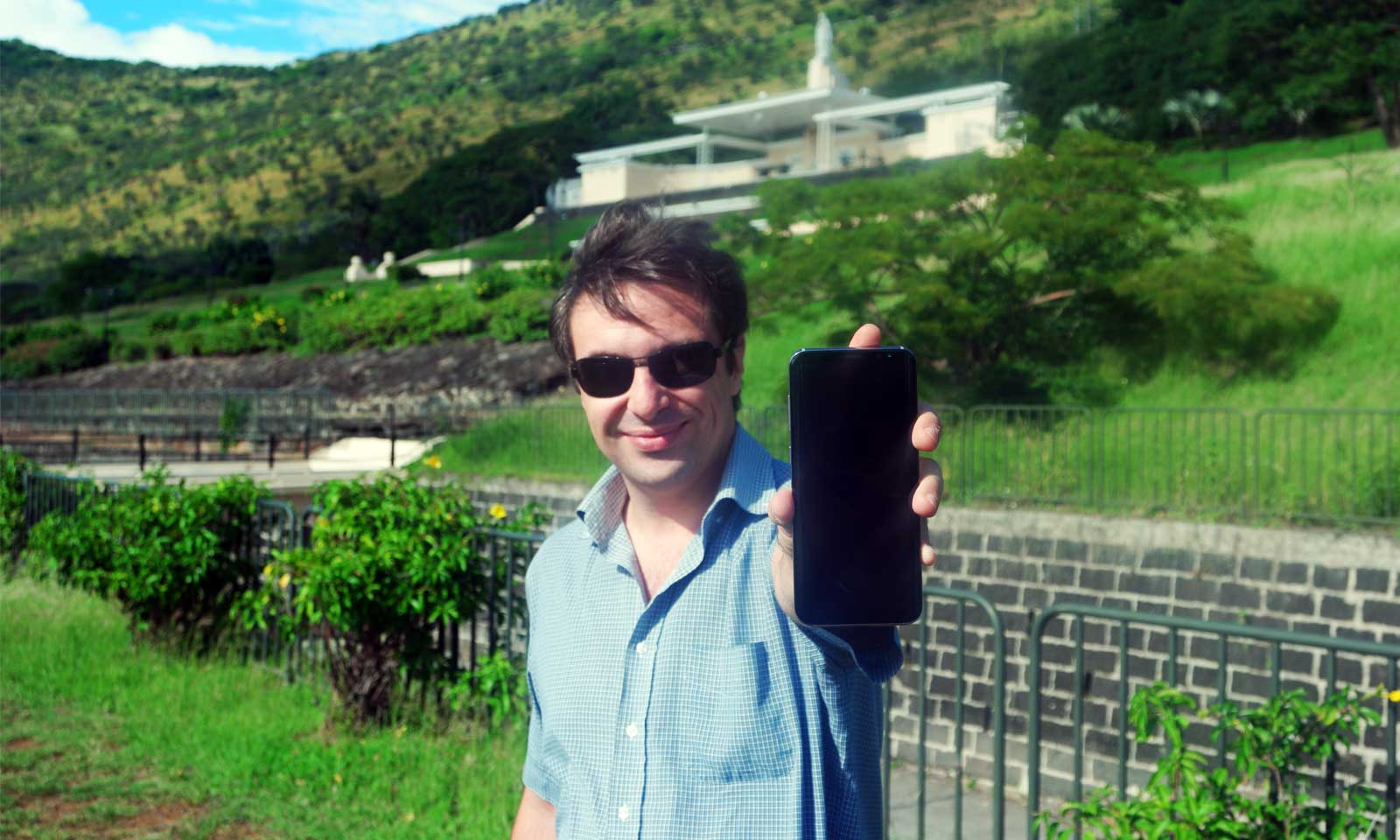 This Thursday, May 4, Samsung officially launched its Galaxy S8 and S8+ at the Hilton with great fanfare. We were lucky enough to attend the event and be among the first to receive the phone for our test. So without further ado, I give you my first impressions after a weekend of use, on what everyone seems to announce as THE Smartphone of the year 2017.

A look back at the S8 launch

At the launch of the S8, we had the chance to check out the set of add-ons available on the Galaxy. It must be said that Samsung offers a very nice range of connected objects that completes the existing collection. Among other things, we were able to see: 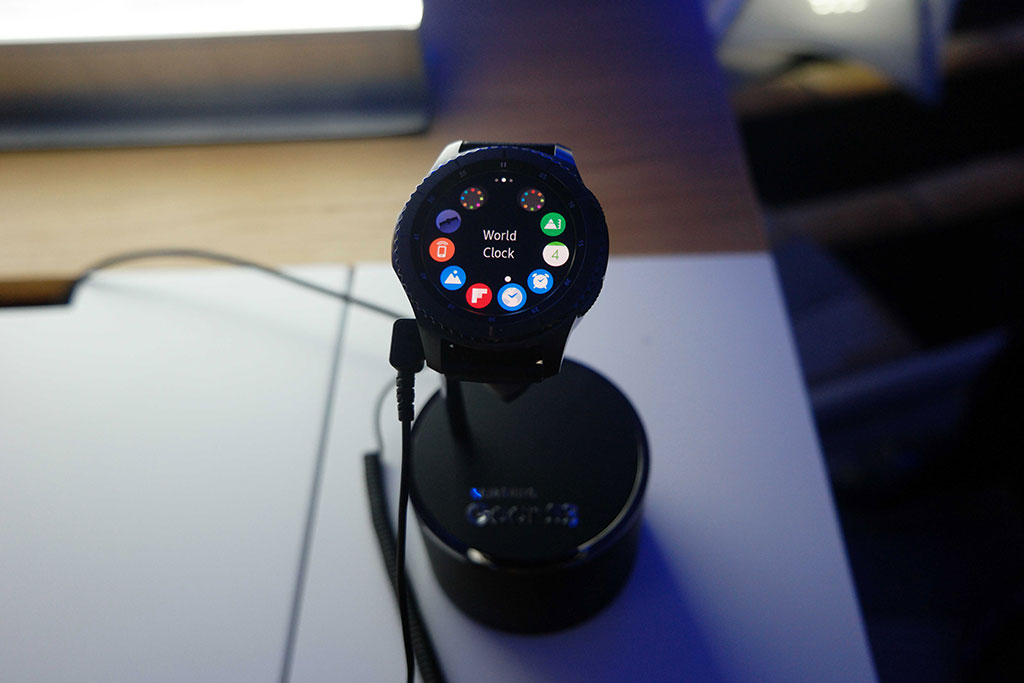 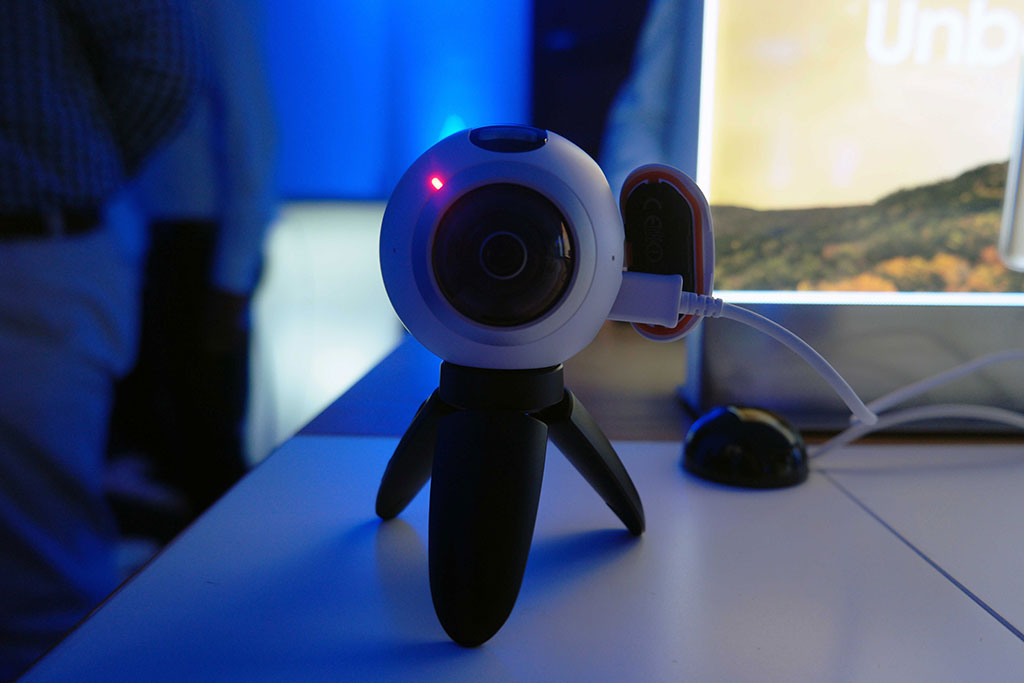 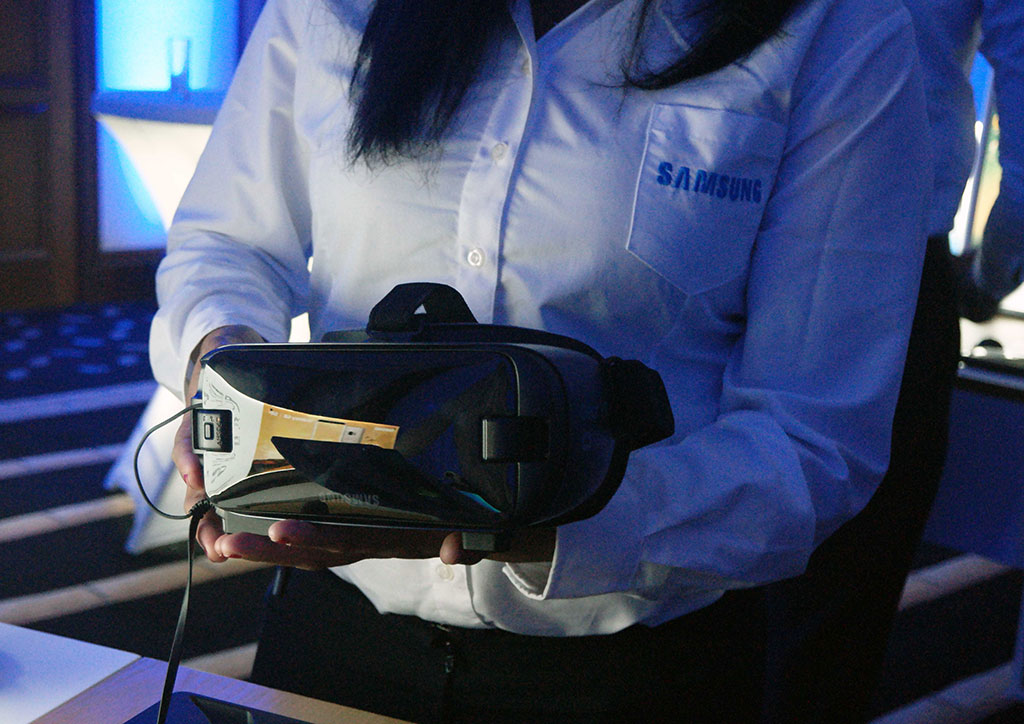 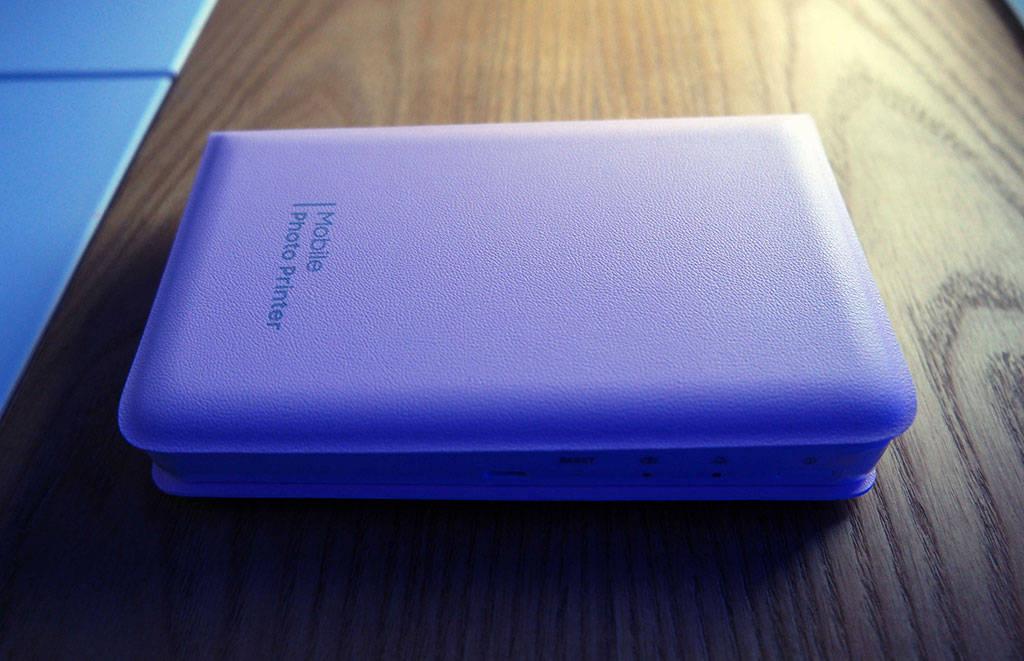 A mobile printer, which will allow you to print photos by simply putting your S8 on it.

In short, many connected objects that will enhance the experience, and that suggest a lot of possibilities. It remains to be seen how it all fits together and if they really offer an advantage over other brands/builders in terms of user experience.

Between you and me, the feature that most stirs my enthusiasm is Samsung’s DeX Station doc, which for an extra £150 will turn your Galaxy S8 into a computer. 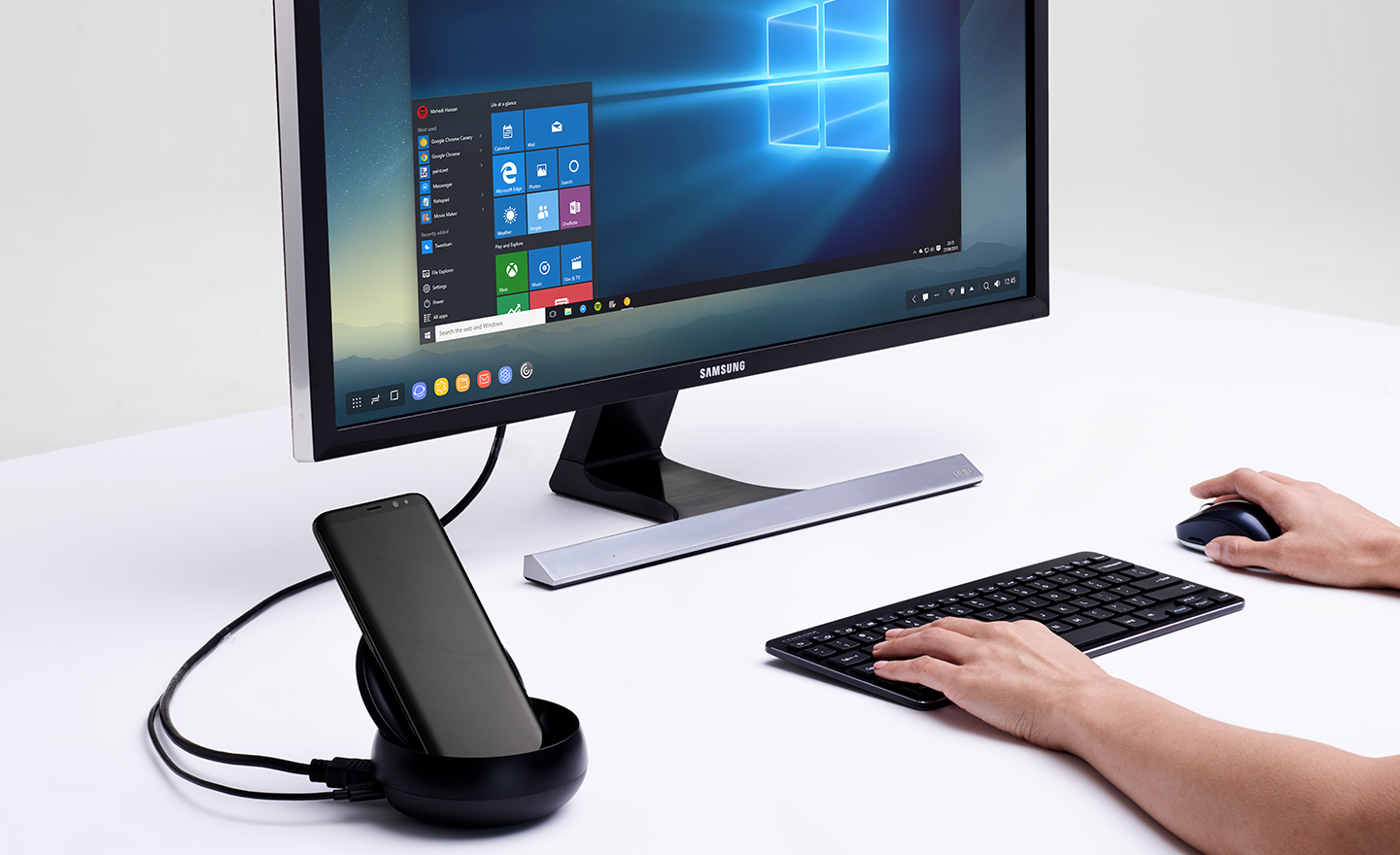 In the words of Navin Peerthy, Regional Director of Samsung Indian Ocean:

“The Samsung Galaxy S8 marks the beginning of a new era in smartphone design and outstanding services, offering a new experience in telephony. With the Galaxy S8 and S8+, Samsung is redefining smartphone design by shaking up aesthetic codes, and pushing the boundaries of ordinary screens as you know them. The Infinity screen thus offers a truly immersive viewing experience to its user and a perfect and pleasant grip.”

I have to say that I tend to agree with him! It’s simply the most beautiful phone/screen I’ve seen on a smartphone. The design is the big highlight of this S8, and with its thin, curved edges, the phone fits well in the hand. My only regret is the glass back, which accumulates fingerprints rather quickly.

Another weak point in my opinion: the location of the fingerprint sensor. It sits directly next to the camera lens, making it difficult to access with one hand (especially on the much larger S8+). In addition, we constantly leave traces on the camera… Some of my shots have suffered from this.

So the S8 takes time to unlock, however it does offer many options such as iris scanning for example. In my opinion, this option is impractical, because it requires good lighting, holding the phone in front of you, reducing security. Iris analysis can easily be circumvented using a simple photo of the phone owner. I found myself using the more efficient “connecting dots” method to unlock the phone. 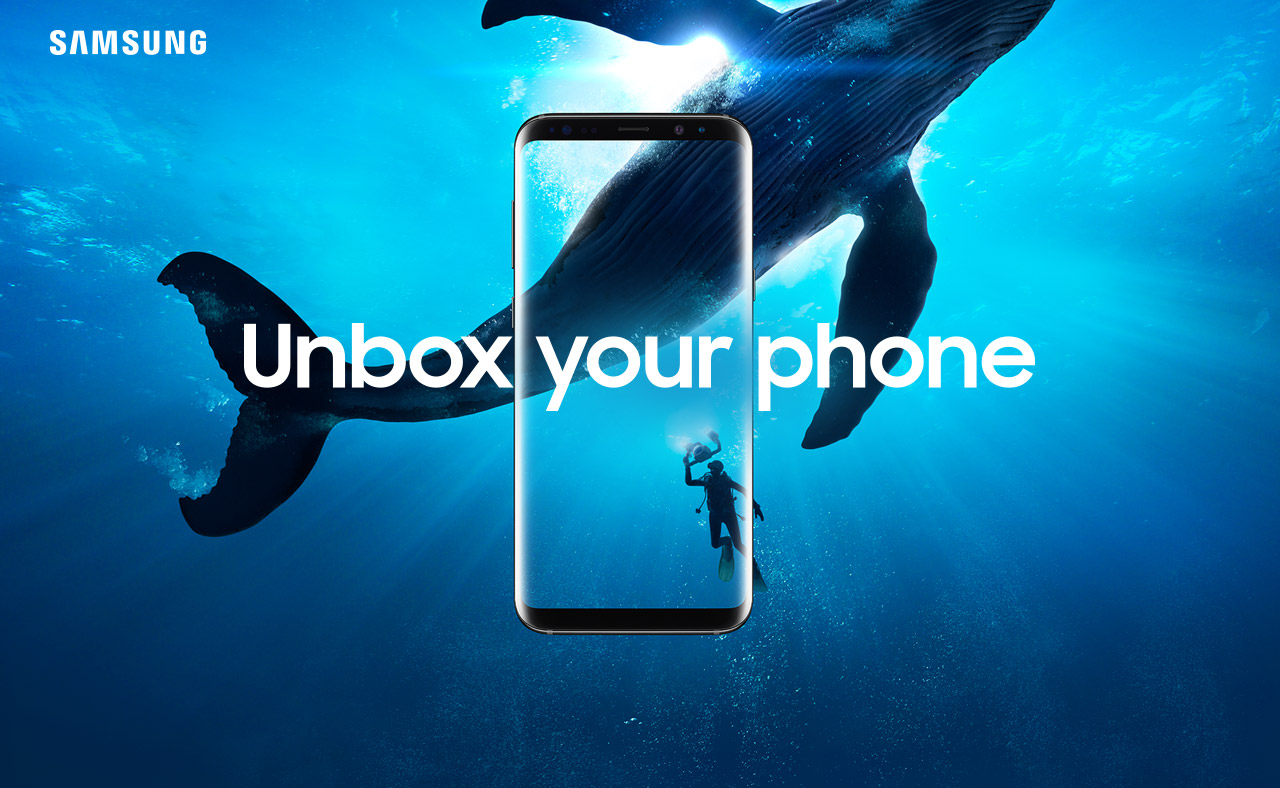 On the software side, the Galaxy S8 comes with quite few pre-installed applications, which I think is nice. The Android 7.0 version and the Samsung overlay are very ergonomic. I particularly liked the option to slide your finger to the left to access the quick menu.

Samsung also proposes some innovations on the software side, with in particular the Bixby assistant, very inspired by what Google or Siri proposes on IPhone. Since the French language is very poorly supported (and so is my English accent, I admit) by the S8, I did not dwell on this feature. Samsung has also provided a quick access button for this feature, but I find it rather annoying, as I’ve often accidentally pressed it while trying to change the volume.

On the camera side, the phone takes really nice pictures, including at night. The colors are vibrant, and the details are impressive like the camera on the S7 model. Here are the specifications of the two new models: 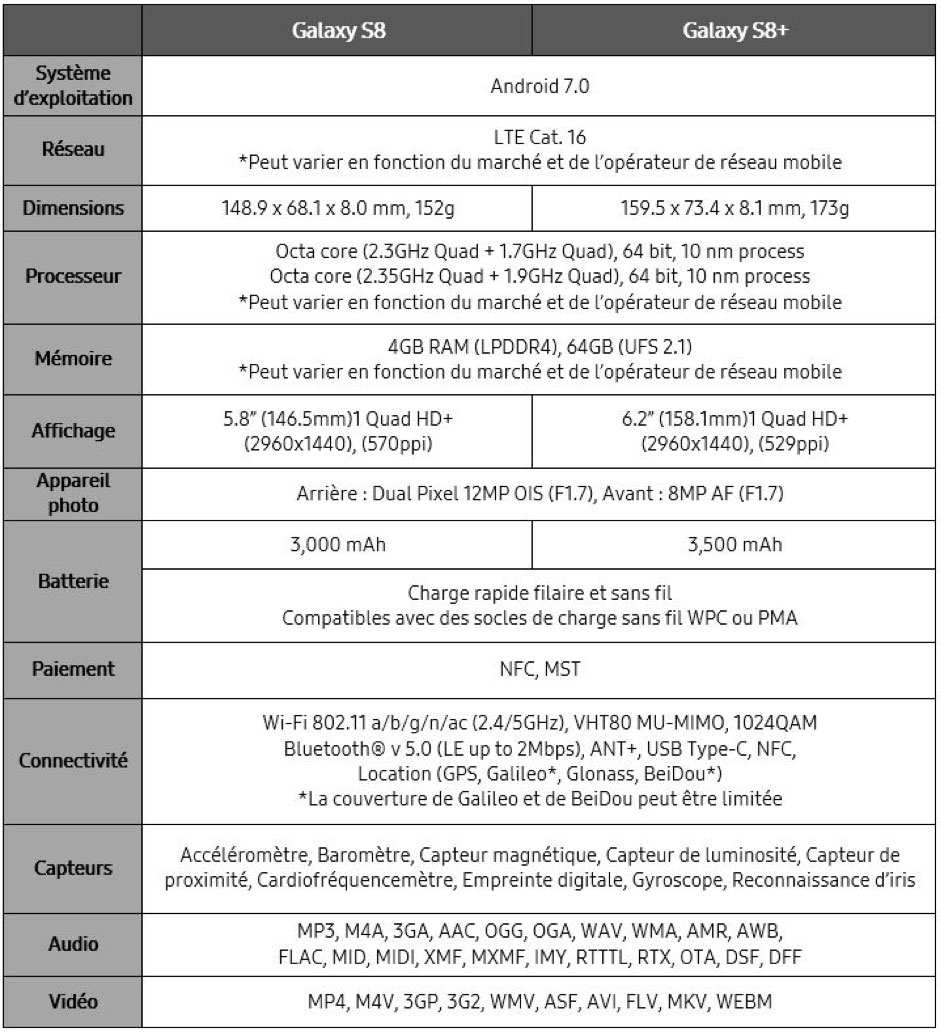 The S8 and S8+ announce some very interesting performance, including an eight-core processor and 4 gigabytes (GB) of RAM (gamers will be happy!). Internal storage is expanded to 64GB of memory, up from the usual 32GB. It will also be possible to expand it with a micro SD card.

The display, with Quad HD definition, and a Super AMOLED screen allow for deep and vibrant color rendering. It’s a real pleasure to watch or play content! The screen ratio of the phone being quite particular, all services are not yet optimized and black bands are sometimes visible as on YouTube for example. Samsung offers a button to stretch the video, making us lose some of the image in the process.

The other new feature of the S8 is a new Bluetooth 5.0 chip: to put it simply, the transfer rate and range will be increased fourfold.

The phone offers a 3,000 milliampere hour (mAh) battery, and a Quick Charge to go from 0 to 100% in less than 1.5 hours. Charging is done through a USB C port. This detail, which seems insignificant, was nevertheless important during the realization of my test. Indeed, Samsung having forgotten to provide me with the charger (or me, to get my hands on it…), finding a USB to USB C cable to charge the phone in Mauritius is a real obstacle course. After having made the tour of several super markets and computer retailers, I finally found the object of all covetousness at 101 multimedia at a price of 450 rs.

With an announced retail price of Rs 34,900, and Rs 39,400 for the S8 + (including VAT), the Samsung remains an exceptional phone that not everyone will be able to afford. If you can afford it, though, run out and buy it: it’s simply the best Android phone you’ll get on the market right now. Samsung has already told us that it has received over 700 pre-orders in Mauritius. Literally throw yourself at it, because the stockout is predictable and you might miss out on your S8 if you don’t get to it in time.