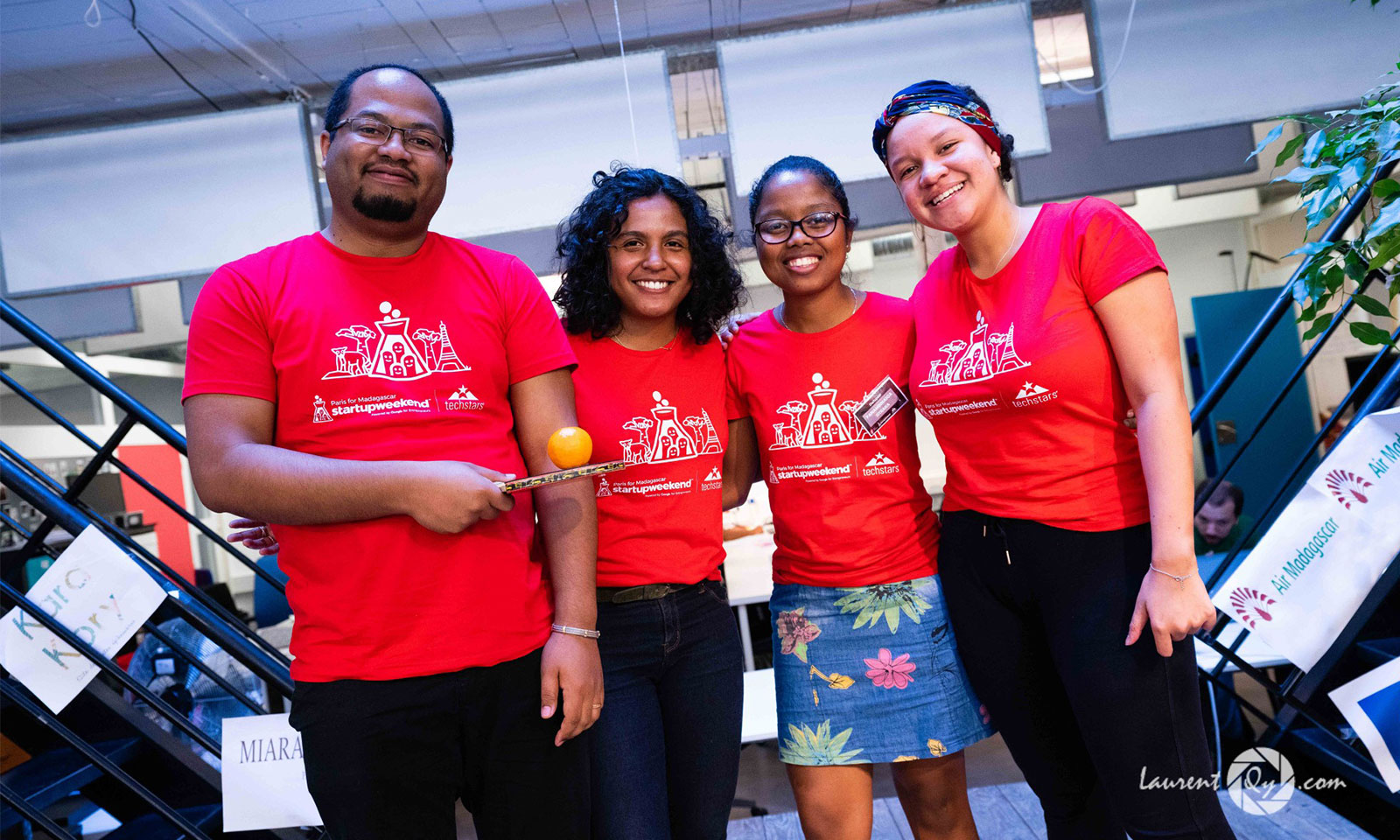 Katro is a mapping application that promotes local businesses, which are still unknown to tourists. This startup stood out by winning the prize at the Startup Weekend Paris Madagascar edition. This competition took place at Sense Space from October 12 to 14.

The big winner of the Startup weekend Paris Madagascar edition is Katro. This mapping application was designed by Audrey Randriamandrato. The aim of this application is to promote local trade. Still unknown to tourists, the latter should no longer hold any secrets for them thanks to Katro. Indeed, it will allow them to get information on restaurants offering local specialities for example (mofo gasy, tongotr’omby soup…).

A strategy of implementation and growth for Katro

The idea behind Katro, according to its young creator, is to bring a strategy of implementation and growth to users. Moreover, the name itself is inspired by the Malagasy strategic game. The result of a real team effort, Katro was born after 54 hours of work, from the creation of a business model to the design and validation of the market. It is against 9 other startups that the application won the jury vote.

Audrey Randriamandrato adds that the added value of her team is “the dynamism and synergy […] for people who didn’t know each other. Moreover, she thinks that they stood out by taking the risk of putting forward social and collaborative mapping in Madagascar, even if the idea of the digital platform had crossed their minds.

Soon a prospecting in Madagascar

By winning the first prize, the team won a year of business plan support with MIARAKAP, which amounts to 1500 euros. They will also be entitled to coaching sessions in terms of business model by Evasion coaching. Now the team is motivated to continue the implementation of the startup. A member of the team will be in charge of prospecting in Madagascar to target supply and demand.

Regarding the other participants in the Startup Weekend, the2nd prize was awarded to Sambatra, a project to create a platform to connect designers wishing to produce in Madagascar. Like the Katro team, they won a year’s worth of business plan support as well as a plane ticket to Madagascar. Inthird place, we find Fast. This team presented a delivery service to businesses.

A “People’s Choice” award was also presented during this event. It is thus the Kiya’Z team which left with 3 coaching sessions offered by Evasion Coaching as well as vouchers of 50€/person to be used on the Kara Kory website. Elected thanks to public votes on social networks, the team presented a project to create a cosmetics brand. Based on natural products drawn from the flora of the Big Island, they are adapted to the mixed skin of the Malagasy.