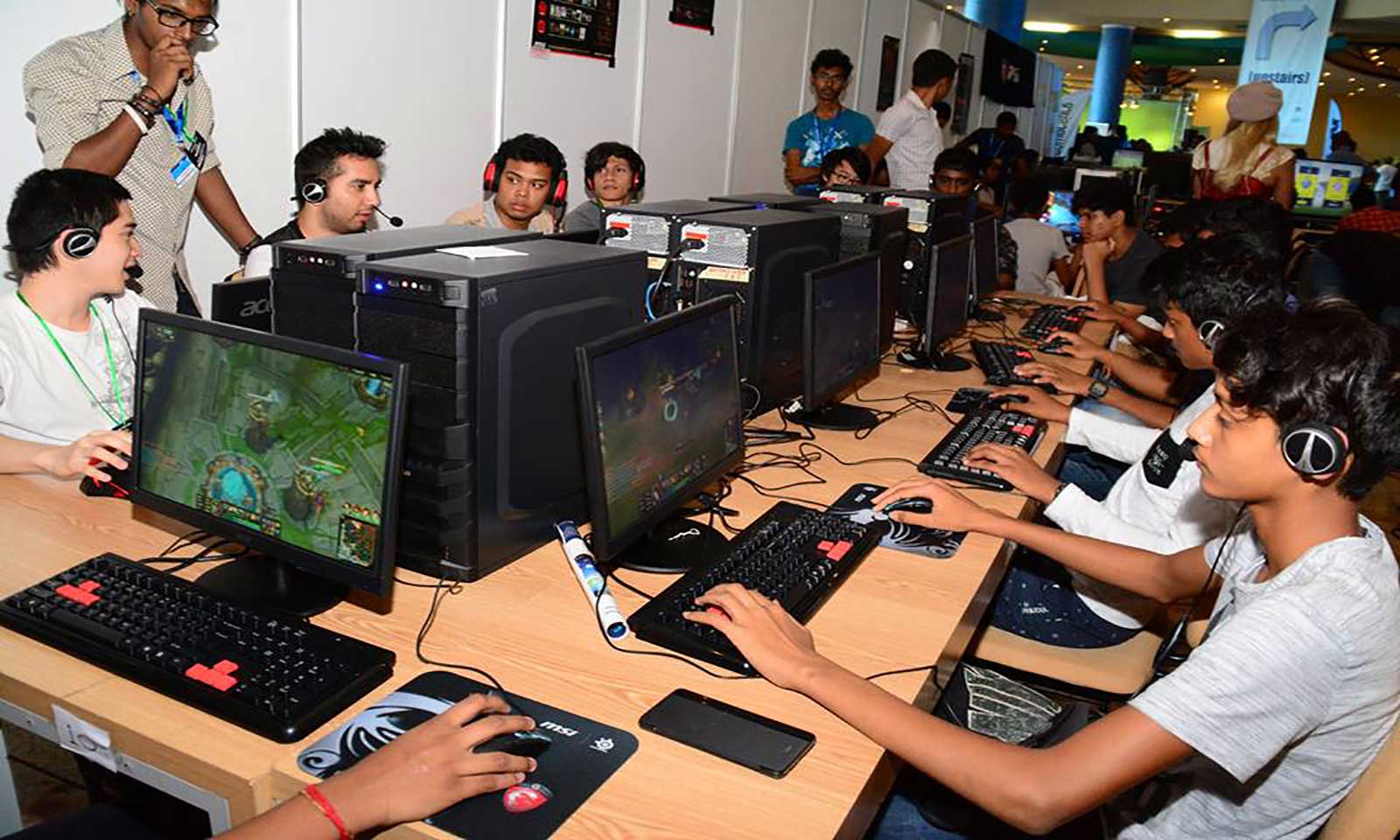 The 23rd edition of Infotech has not only made happy the fans of new technologies, but also the Mauritian gamers. These came to compete on “Call of Duty” or “FiFa 2017” in hopes of being the big winner. With their keyboards adjusted or their controllers in hand, many of them faced each other during the LAN Gaming cultism, organized every year within this event, for the greatest pleasure of the game players.

The Swami Vivekananda Centre’s atrium hosted one of the most popular events of the year, the Infotech Expo 2016, an event dedicated to new technologies. After the drone craze, this year, virtual reality headsets came out of the woodwork. With HTC Vive and Playstation VR, the immersion was total and very convincing. Rich in computer novelties, Infotech 2016 delighted visitors with its Gaming Zone, sponsored this year by Compuspeed. Gamers turned out in droves to enjoy their favorite games, especially in LAN gaming. Also, this year, the organizing committee didn’t just offer one game, but five: Call of Duty, League of Legends, Dota 2, Counter Strike and Fifa 2017. 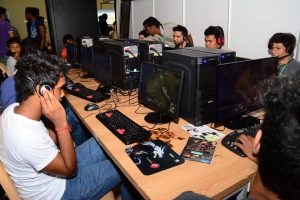 The Infotech exhibition would not be complete without its Gaming Zone. The traditional LAN Gaming is now part of the unmissable appointments, gathering the video game fans willing to play together (in multiplayer) thanks to a local LAN (Local Area Network) set up for the occasion. The reasons for such events are not only to be able to benefit from a very high speed connection, but for the fun of getting together and playing with friends. 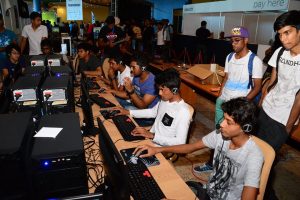 Participants take advantage of these gatherings to break the impersonal barrier of Internet meetings, and also to directly exchange their knowledge of video games. The Gaming Zone was particularly “overcrowded” this year, explains Avinesh Toocaram, LAN Gaming Organizer. “Last year, we had organized a single competition, but for this edition, we collaborated with other gaming communities, so more players. Fortunately for us, we still received positive feedback from the public, as well as from the game players who attended,” explains Avinesh.

Multiplayer still in the spotlight

There was a time when multiplayer video games meant getting several buddies together in one room. So for the consoles, all you had to do was sit on a couch with several controllers and take advantage of the split screen system. For the PC players, however, it was a different story: each participant had to carry their computer around and connect it to a local network… quite a program, but it was worth it! In Mauritius, online gaming is more popular. Many LAN Gaming competitions are organized around the world, but very few in Mauritius. For Avinesh, there is potential for more LAN Gaming competitions, we just lack the resources. 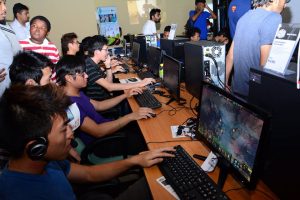 The famous DreamHack is a Swedish LAN party with several competitions related to digital activities. This event takes place twice a year: the DreamHack Summer and Winter. Each event lasts 96 hours without interruption and features games such as: StarCraft II, DotA 2, League of Legends, Counter-Strike. There are also Fifa 13, World of Tanks and Super Street Fighter IV: Arcade Edition. For Avinesh, this would be a dream for all Mauritian gamers. “We plan to bring all the gaming communities together under one roof at all times and, why not, one day hold a LAN Gaming competition without going through Infotech. Like at DreamHack” adds Avinesh.

So LAN games are always worth the trouble of connecting a whole local network, because yes, in LAN, no split screen, just good times with friends playing video games. And that’s worth all the gold in the world.