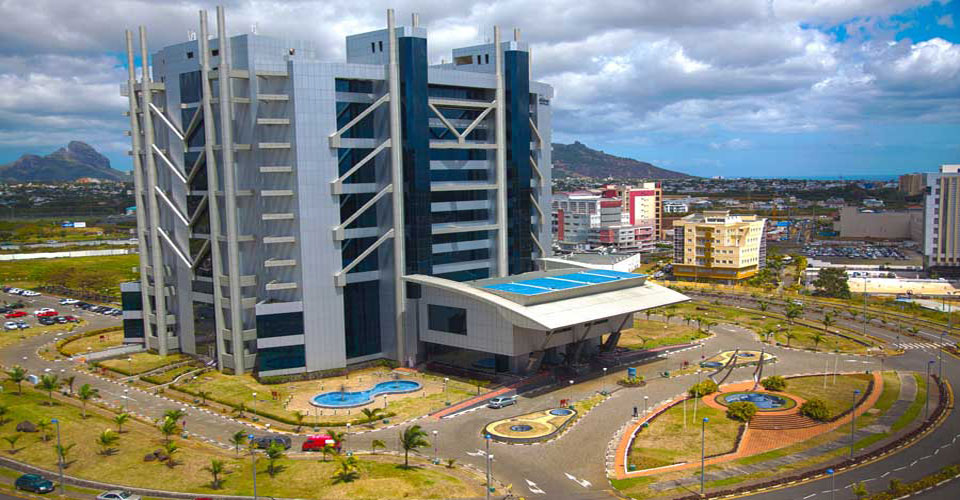 The Board Of Investment Mauritius recently released its ICT-BPO sector report for the year 2016 and it highlights that the ICT-BPO industry has reached its mature phase. For more than ten years, this sector has experienced considerable growth, not to mention innovations. According to official figures from Statistics Mauritius, gross value added is estimated to have increased from Rs 19.4 billion to Rs 21.4 billion in 2016, with an annual growth rate of an average of 6.5%.

The year 2016 marked the beginning of a new era for the ICT-BPO sector, especially with the diversification of BPO companies. Nowadays, companies operate differently: as the needs and demands of the market are constantly changing, companies are forced to adapt to the changes by modifying their operating principle. Moving from “how to do it cheapest” to “how to do it differently” is what companies need to get used to.

ICT / BPO: a sector that has developed positively

Graph showing the evolution of the number of companies in the ICT / BPO sector in Mauritius from 2005 to 2016.

The ICT-BPO industry is divided into 3 major parts: ITO (Information Technology Outsourcing), Information and Technology Services, and BPO. The number of companies involved in IOTs is growing at an average rate of 3%, which they are maintaining. This sector includes 353 companies, or about 47% of the companies in the ICT-BPO industry. ITO companies also offer their services for everything related to SaaS, ERP and CRM testing. 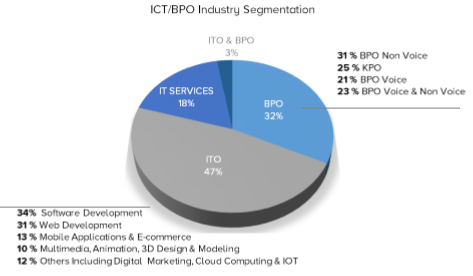 Pie chart on the segmentation of the BPO sector in Mauritius.

A growing number of employees

The BPO sector remains without a doubt the biggest generator of jobs. Employing more than 53% of the total number of employees in the ICT industry, they are spread across call centers, KPO and non-voice BPO among others. From 2008 to 2016, the number of employees in the ICT-BPO industry increased by more than 100%, from 10,440 in 2008 to 23,000 in 2016. In addition, there is a strong demand for more specialized roles such as cloud computing. In addition, there is a strong demand for personnel who are proficient in Java, C, C++, PHP and Android. The quality of the staff and the services offered by these companies are testimony to the importance of Mauritius in the Indian Ocean ICT-BPO industry.

How are these companies financed?

Europe is still the main source of foreign financing for ICT-BPO companies, with France providing the majority of foreign investment (around 85%). However, with the emergence of the Middle East market, namely the United Arab Emirates, Israel, and Dubai, companies are also looking to new horizons, not to mention the United States and Canada. In recent years, the ICT-BPO industry has been the best “spearhead” for young entrepreneurs, as they prefer to go into this sector, which is not lost on the government, which aims to make Mauritius a nation of modern entrepreneurs. 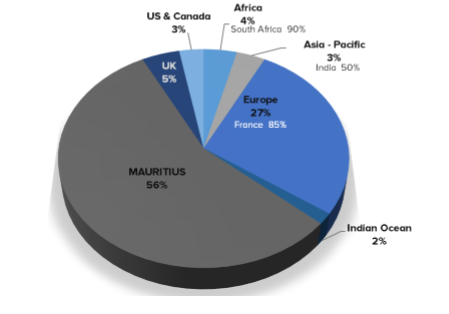 Breakdown of funding in the BPO / ICT sector