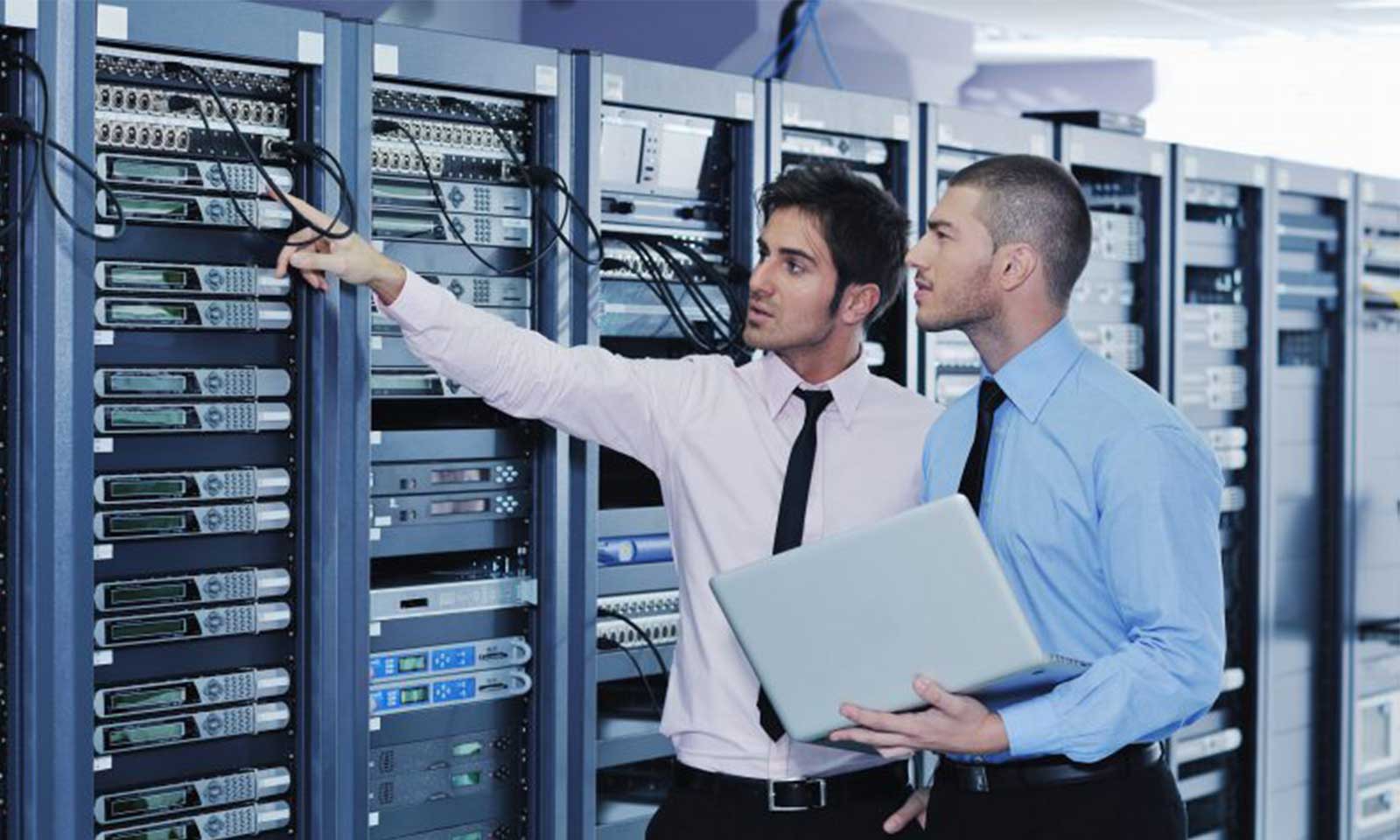 It’s been a while since the massive Stack Overflow poll was released. This popular survey in the IT community this year received over 64,000 responses from developers. Overview of the developer profession around the world in 2017. 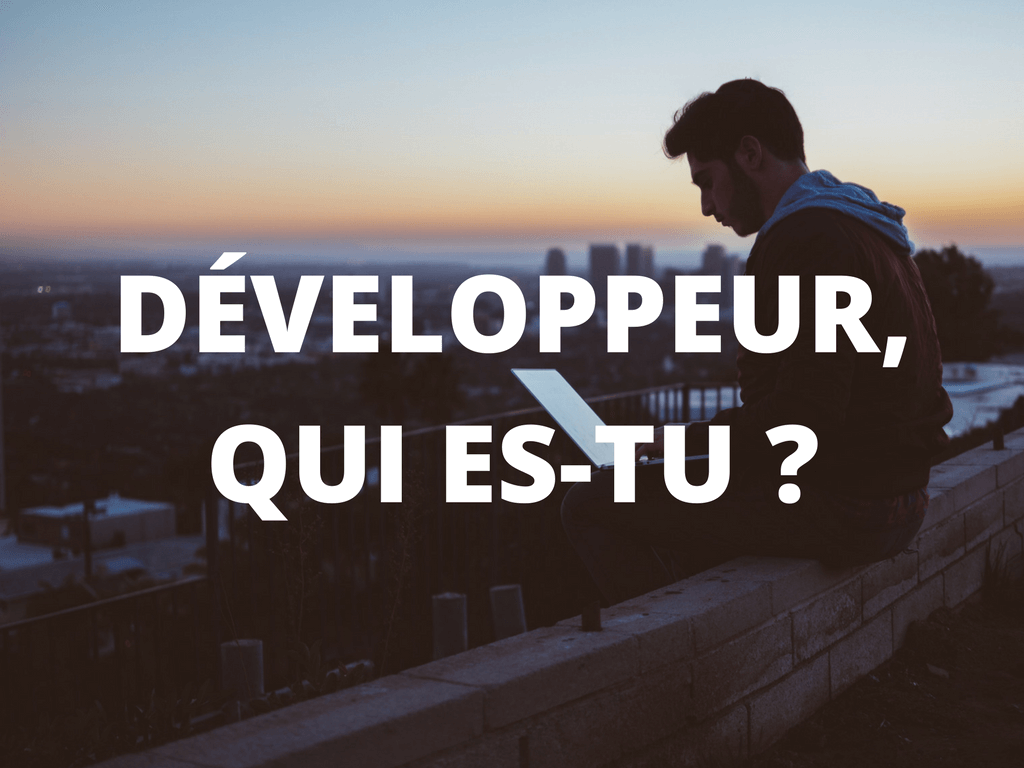 According to the Stack Overflow survey, 72.6% of the professionals surveyed call themselves a web developer. The other respondents fall into other categories, such as mobile developer, database administrator and graphic designer.

Tools most used by developers

This year, JavaScript is at the top of the ranking. Indeed, about 62% of the respondents use this development tool. JavaScript is a programming language, a form of code that allows, when mastered, to dictate commands to the computer. A majority of JavaScript code is found in Web pages, even if it is not intended to be read by Internet users. Indeed, it is the only language that can tell a web browser (Internet Explorer, Firefox, Chrome) what to do. The vast majority of Web browsers “speak” JavaScript.

In second place is SQL, used by about 50% of developers. We find other development languages in this survey, namely Java, C#, Ruby or Swift.

Where do the developers work?

Most developers say they do not work in a purely “Tech” field. This recent study by Stack Overflow shows that only 28.1% of developers work in the software world, compared to 14.3% in the internet or web services world. 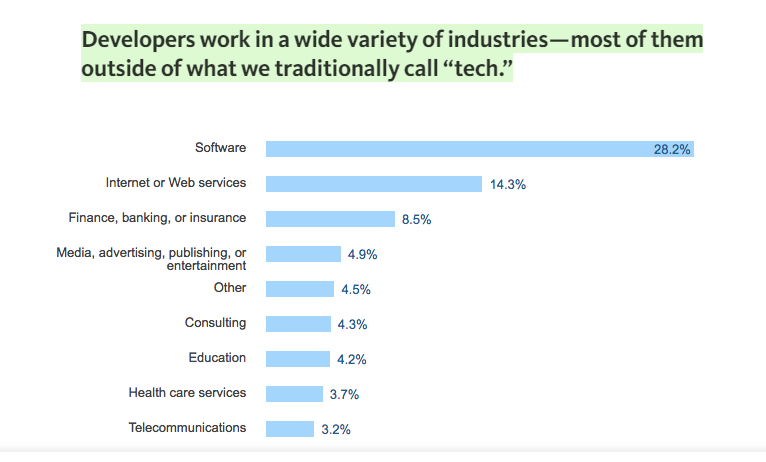 For the rest, they are located in a wide variety of industries, such as finance, education, health, sales or science, among others. The job of a developer is not only focused on new technology or computer science. This survey shows that this profession is useful to a multitude of sectors that one might not expect.

The developer’s job is very well paid. According to the Stack Overflow survey, a developer’s salary would be around $40,000 to $60,000 per year. Of course, these figures are approximate, and do not reflect the reality of all developers. 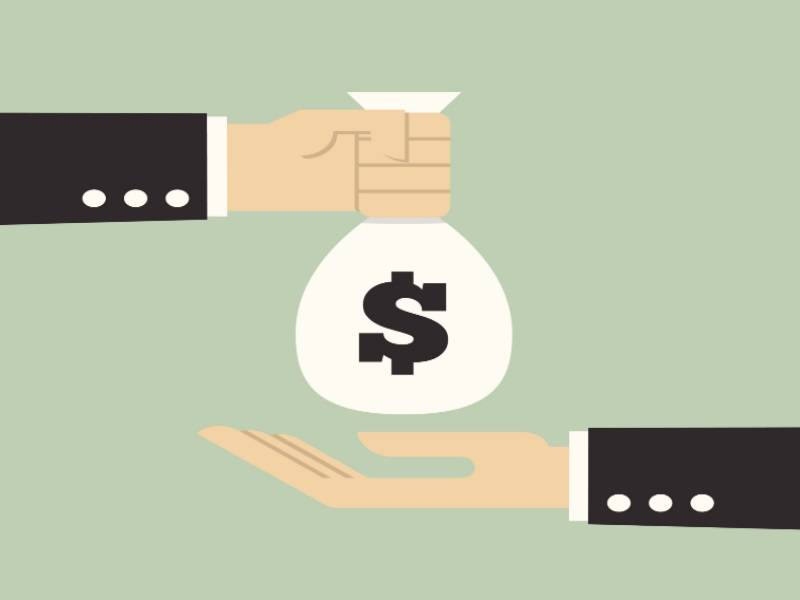 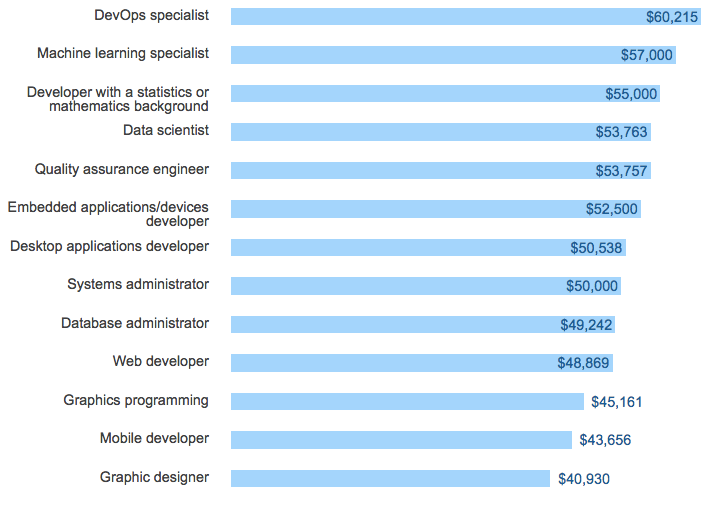 Despite very attractive salaries, a large proportion of the developers surveyed believe they are underpaid. Indeed, almost half of the respondents, 44.9%, said that the salary was insufficient. Approximately 36.1% of those surveyed were satisfied with their pay, while a very small proportion (6.6%) said they were overpaid.