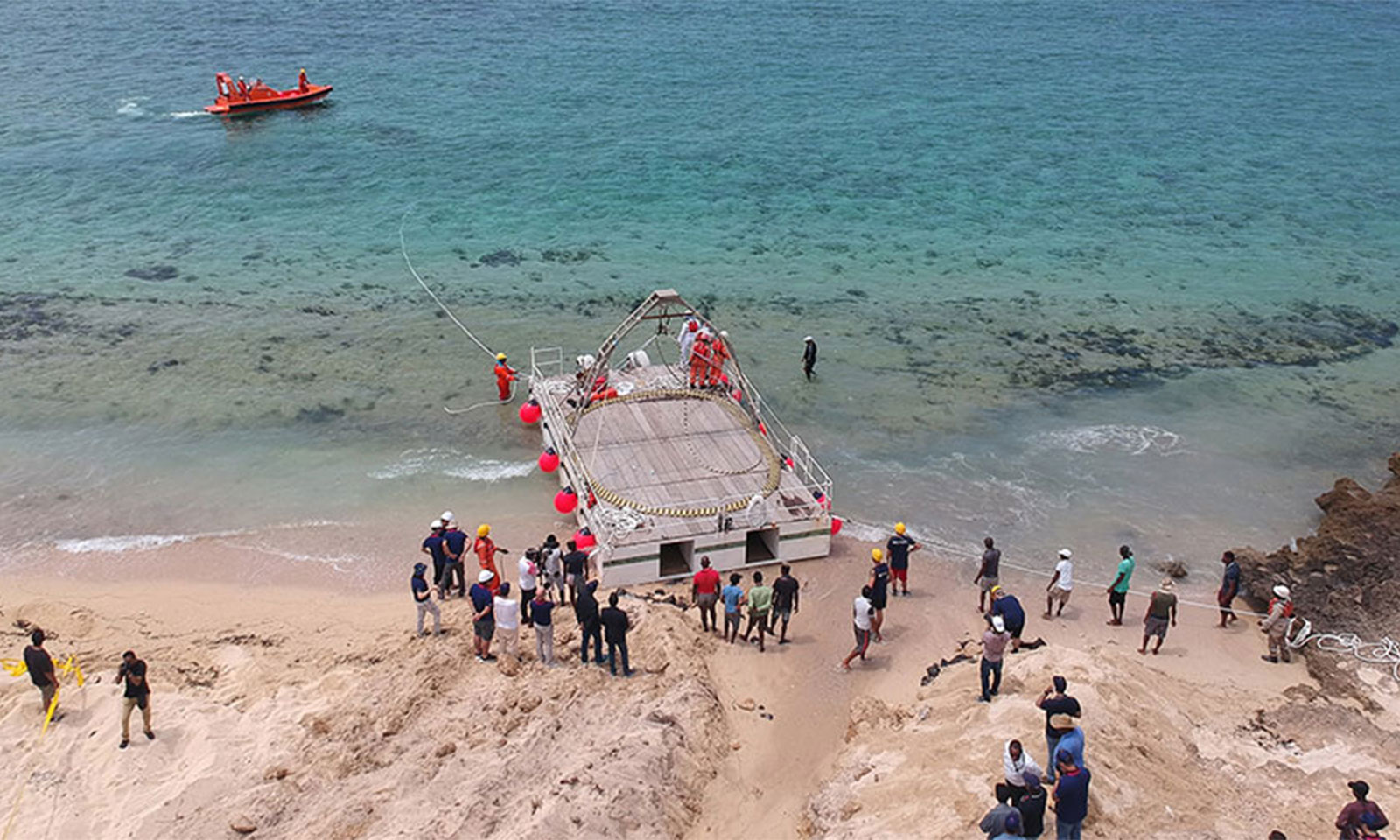 The MARS fibre optic cable, which already connects Mauritius to Rodrigues, officially goes live on 16 February 2019. This submarine system, worth 1.5 billion rupees, will be an important element in the development of Rodrigues Island.

On February 16, 2019, MARS will officially go live. Launched last November, this submarine fibre optic system interconnects the Republic of Mauritius to the island of Rodrigues. Thus, the Mauritius and Rodrigues Submarine cable (MARS) will extend over a distance of more than 550 km, which is almost the distance separating the two islands. Moreover, the aim of this project is to bring to Rodrigues an internet connection equivalent to that of Mauritius.

A catalyst for the island’s development

The cost of this operation is estimated at Rs. 1.5 billion. The telecom infrastructure has a nominal capacity of 16 Tbps and was built and deployed by Huawei Marine and Pacific Century Cyber Works (PCCW) Global. In addition to improving connectivity to Rodrigues Island, this investment should bring many benefits. Indeed, job creation for young people, for example, should be boosted. This is at least what Franchette Gaspard-Pierre Louis, the ICT Commissioner of Rodrigues, says.

Implementation of the operation entrusted to Mauritius Telecom

Serge Clair, the Chief Commissioner of Rodrigues, head of the executive of the autonomous regional assembly also expressed his opinion. He believes that this will be an important tool in the health sector for the e-Health project. As a reminder, the implementation of this infrastructure has been entrusted to Mauritius Telecom. The operator and internet service provider had won the tender issued in 2015 by the Central Procurement Board (CPB).

15-20% of the population without a telephone

Although the operation is scheduled for February 16, it is reminiscent of the damage caused recently on the island by Cyclone Gelena. With more than 90 per cent of the electricity grid damaged, a large proportion of the population of Rodrigues, 15 to 20 per cent of households, were left without telephones. So, before launching the “fibre optic” operation, Mauritius Telecom’s service agents had to work hard to restore the telephone lines.

A little less than two years ago, the Indian Ocean Xchange (IOX) Submarine Cable System and the local telecommunications company Mauritius Telecom (MT) signed an agreement. This project aimed at setting up a3rd submarine cable to connect Mauritius to the rest of the world. Indeed, it was announced that this 3rd submarine fibre optic cable would link Mauritius, Reunion and Rodrigues to South Africa on one side and to India on the other. This submarine fibre optic cable was also to be accessible to all licensed telecommunications companies. It had kicked off on May 24, 2018 in Rodrigues Island and is expected to be operational by mid-2019.