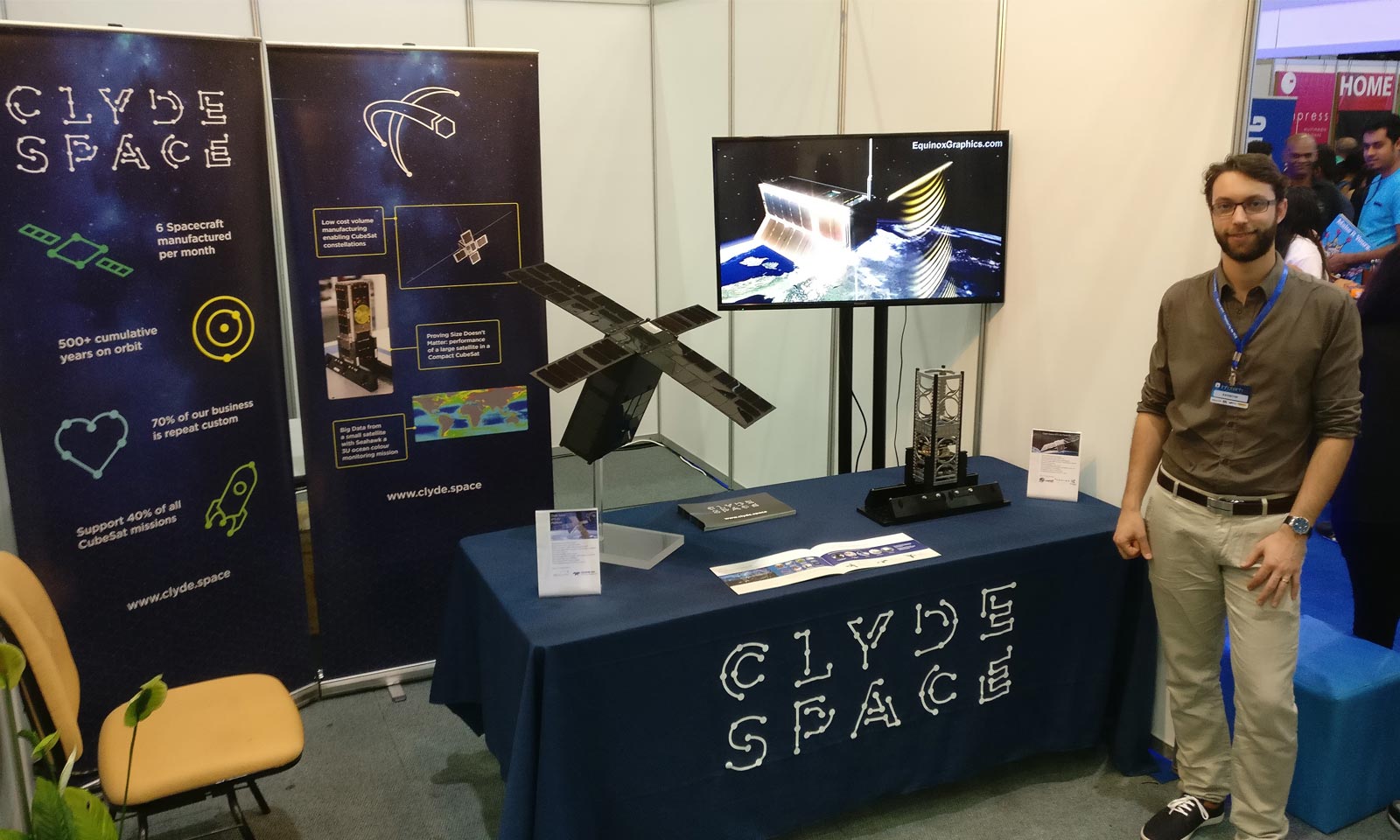 Touching the stars or the moon with our fingertips like Neil Armstrong did, we all dream of it! Since we cannot initiate this journey in everyday life, we admire those who can. Moreover, Mauritius seems to be ready to conquer space thanks to CubeSat. The Ict.io Redac spoke with Baptiste Lombard, aerospace engineer at Clyde Space.

A 100% Mauritian satellite is about to be launched! Yes, you read that right…2019 will be the year in which Mauritius will conquer space by launching its first satellite: CubeSat.

Local teams, supervised by the Mauritius Research Council (MRC, which operates under the aegis of the Ministry of Technology, Communication and Innovation), made up of aerospace engineers, computer scientists, electronics engineers and data scientists will have one year to build the CubeSat. The satellite will be launched into space by the Japanese JAXA – Japanese Aerospace eXploration Agency. The launch will be from the International Space Station (ISS).

What are the benefits, if any, once Mauritius has launched such a project? To get a clearer picture, the Ict.io editorial team spoke with Baptiste Lombard, an aerospace engineer at Clyde Space. Clyde Space, based in the United Kingdom, may assist the Mauritian authorities in the development of the Mauritian CubeSat launch mission.

Describe the path that led you to become an engineer at Clyde Space?

“My school career led me to the aeronautical engineering field. Driven by my passion for the air, I chose to integrate a school specialized in aeronautics and space: ELISA AeroSpace, in France. My education, my internships and my various volunteer experiences have colored my profile and attracted the attention of a young and ambitious start-up: NovaNano (Lyon, France).

It was the first New Space company in France, with the objective of developing CubeSats (nano-satellites = satellites of 1-20kg) and associated deployment systems. I spent 5 exciting years there, learning the job of satellite and space mission design engineer, meeting people with extraordinary experiences and living the adventure of a young start-up, with its unique challenges and successes.

In 2016, I decided to move abroad to pursue my career in the field of nano-satellites. I eventually joined Clyde Space, based in Scotland (UK), which has an international reputation in terms of CubeSats design and manufacturing. Clyde Space merged with ÅAC Microtec (Sweden) in early 2018. ÅAC-Clyde is now a global leader in the nano/micro satellite industry.” 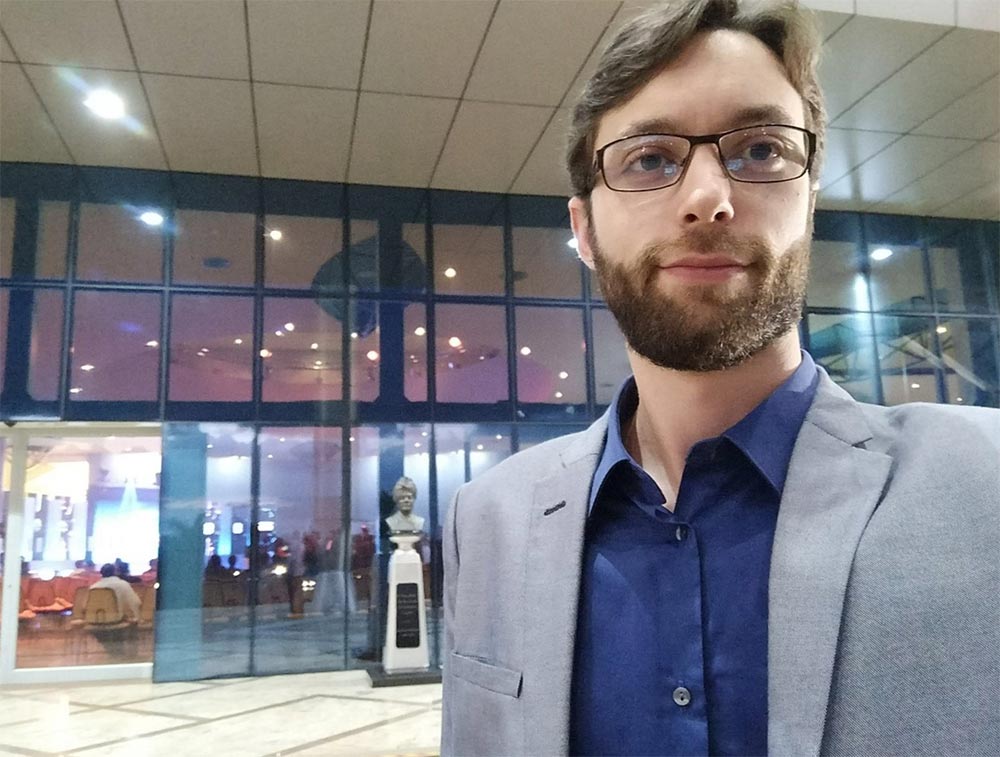 What project are you developing at the moment?

“I work on the Seahawk project for NASA. Seahawk is a satellite weighing less than 5kg (as big as a whisky box). Its onboard camera will take images of the coastline and detect the presence of phytoplankton, sediments or other factors related to marine pollution. The Seahawk mission will verify that the performance of such a miniature system is sufficient to consider a possible replacement for the much heavier and more expensive historical satellites.

More specifically, I was involved in the design activities and I am now in charge of preparing the operations, i.e. the life in orbit of the satellite and the way the control centre will manage the planning of the activities in orbit and the distribution of the images. Managing the interfaces for launch and taking over the operations of a satellite on behalf of the customer is part of ÅAC-Clyde’s new offering. In short, we now offer a turnkey “satellite mission” service, i.e. from design – manufacture – test – launch to in-orbit operations, so that the client can rely on us and concentrate on its core business (the use of the data). There’s a lot to develop and it’s an exciting new venture.”

How is the aerospace sector in general doing? And in Mauritius?

“The space sector is expanding rapidly. The traditional space industry is driven by new technologies, which are constantly improving the performance and processes of satellite manufacturing and operation.

The “New Space” is an even more exciting sector, which uses the know-how of different industries and applies it to space, shaking up the traditional philosophy. Take SpaceX as the best known example. The broadcast of the last launch has a science fiction feel with the simultaneous landing of the first stages of the rocket!

Perhaps the most untapped market today is the service offering, which uses spatial data. Platforms are being developed for easy access to space services. Two examples:

Machine to machine communication (or internet of things) by satellite to relay sensors in the fields, in the mountains or on the seas (possible application: improve harvests while using less pesticides);

Daily observation of the Earth to monitor the environment, but also different assets such as boats, traffic flows, land use, etc. (possible application: detect illegal fishing around the island)…

Space in Mauritius is currently in its infancy, with international research in radio astronomy being the main focus. On Mauritius, there is also an antenna used by satellites around the world to download their data to Earth. Finally, the Mauritius Research Council (MRC) is piloting a project for the first Mauritian satellite.

And yet the potential for a space sector in Mauritius is very interesting. Mauritius has a unique position internationally to create collaborative partnerships. Moreover its very dynamic IT sector would allow the development of new services for end-users, whether in the use of space services (communication, IoT) or the use of space data (image processing for a multitude of applications that benefit the improvement of daily life).” 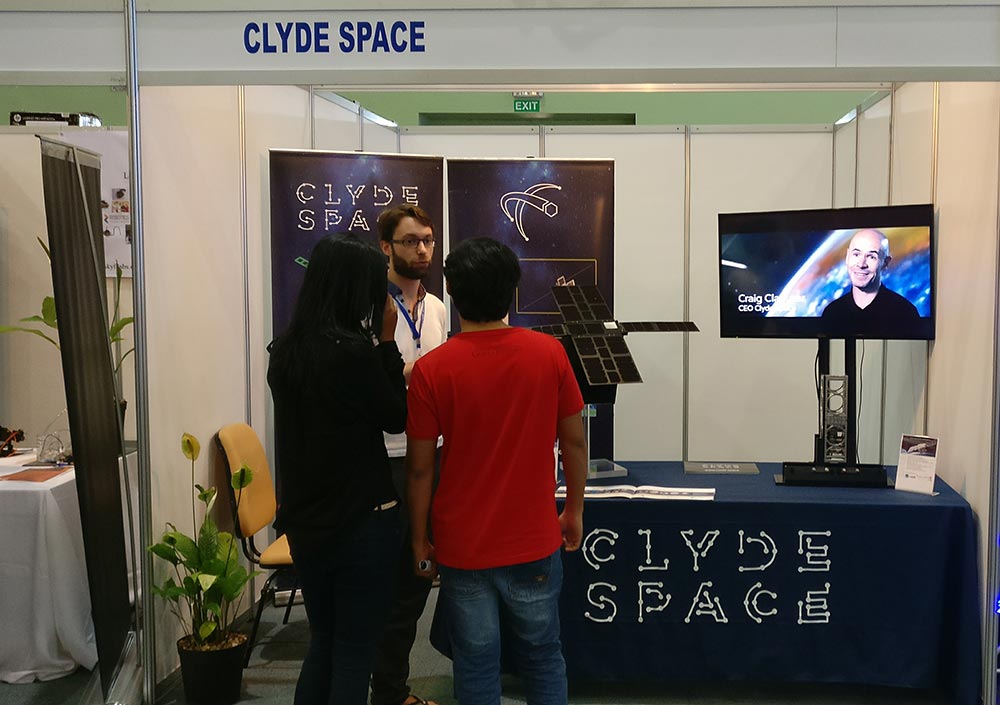 What is the interest for the country to launch a Mauritian satellite?

“Space is a promising sector in the long term and on all levels: educational, scientific, economic, political and geopolitical. A flourishing space sector is conducive to improving the country’s educational level and scientific collaborations. Many international studies agree on the excellent economic benefits of the space industry, not to mention the development of new technologies that improve local life and increase opportunities for skilled work.

The applications of space for Mauritius are multiple and range from monitoring territorial waters to supporting fishermen; from setting up a communication relay service for remote areas to monitoring pollution, freshwater levels, landslide risks, etc., from mapping to analysing the evolution of territories; from improving weather forecasts to assisting in efficient and reasoned agriculture…”

What would be the benefits of implementing such a project?

“The first Mauritian satellite would probably be a demonstration satellite, i.e. a fairly small (and therefore inexpensive) satellite, which would carry a key technology for a future space programme (it could be a scientific instrument, an antenna, a camera, etc.) with a view to developing some of the applications mentioned above.

Through such a project, Mauritius would have the opportunity to learn a lot about the design and operation of a satellite. It would also be an excellent exercise to start structuring itself to develop an ambitious space program that provides a unique service and meets a critical need of Mauritius.”

Have you ever approached a body or been asked to set up such a project in Mauritius?

“Invited by the MRC (Mauritius Research Council), Clyde Space had a stand at the InnovTech exhibition in December 2017. It was an opportunity to learn about this beautiful country and to strengthen the relationship between Clyde Space and the MRC.”

The meeting was a success, as the first Mauritian satellite will be launched with the help of Clyde Space. 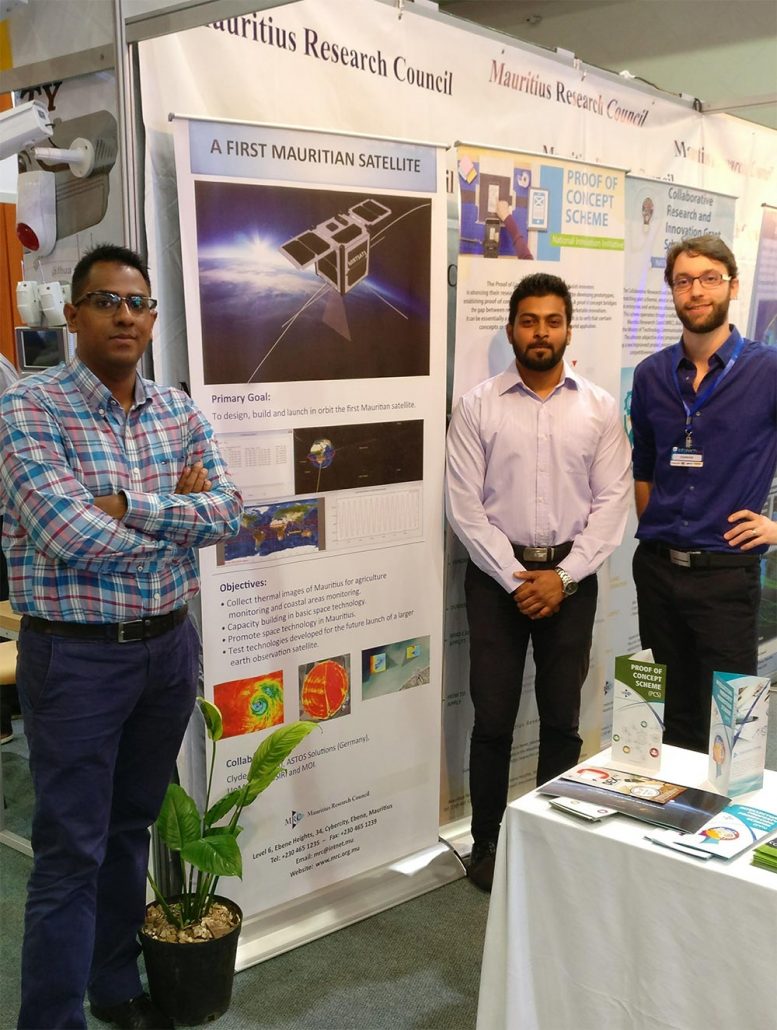 The Mauritian CubeSat, winner of the KiboCUBE contest

If the announcement of the launch of this first Mauritian satellite is already making many people dream, CubeSat is already seducing! Indeed, this very first Mauritian satellite initiative won the first prize in the KiboCUBE competition of UNOOSA (United Nations Office for Outer Space Affairs) on Monday 18 June in Vienna (Austria). This project stood out from the many other submissions because of its technical quality and the immediate impact the satellite will have on the country.

The CubeSat will enable the Mauritian authorities to collect data that will be used to address three major issues of national priority. Three areas have been identified by the government, including ocean monitoring and optimal management of ocean resources, traffic control and natural disaster mitigation.

A project that will undoubtedly serve as a model for other small island developing States. Mauritius is thus offered a promising future in aerospace…