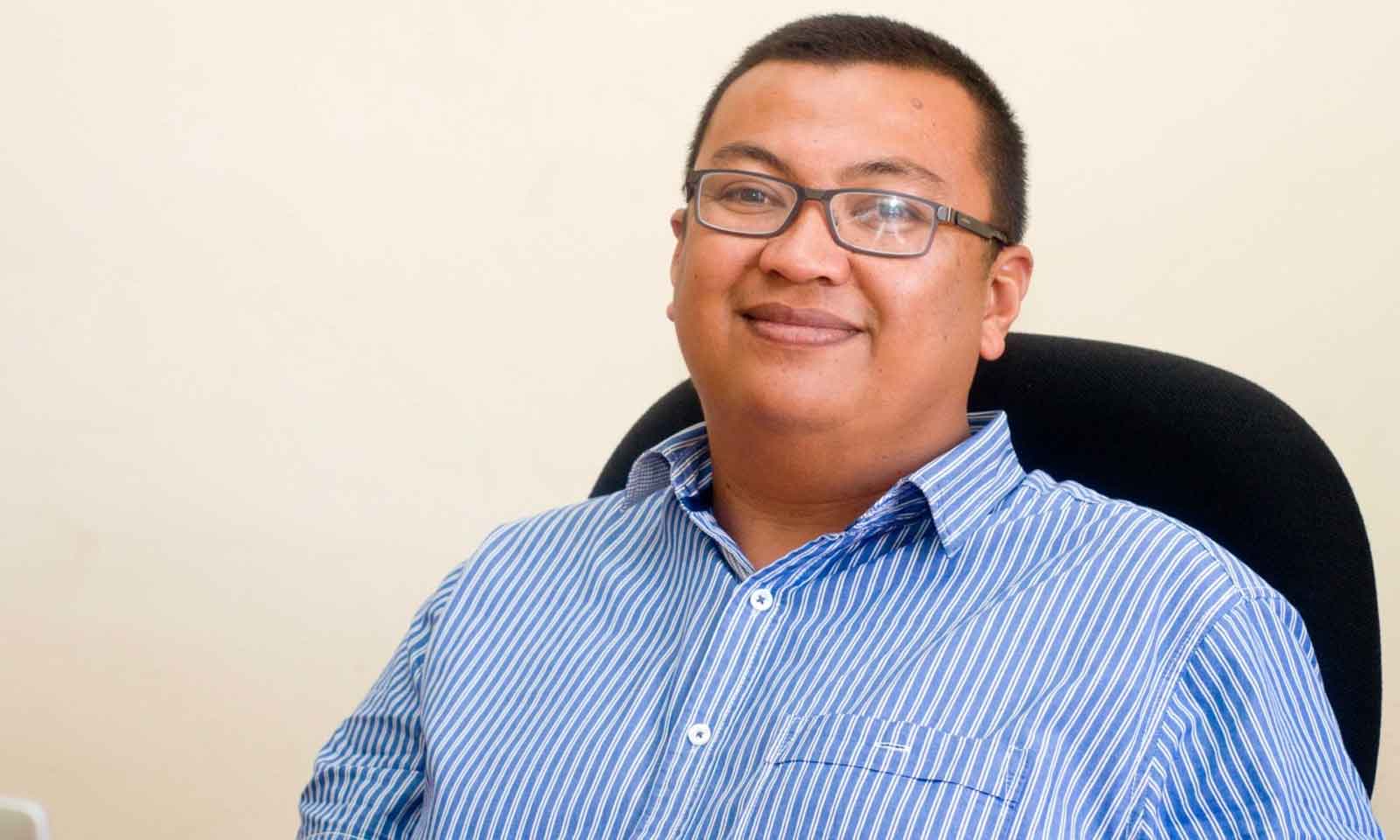 With Nelli Studio, Hery Zo Rakotondramanana is part of the first class of the Tony Elumelu Entrepreneurship Programme. His company represents Madagascar, among many other African entrepreneurs. Focus on the entrepreneurial adventure and projects of Hery Zo.

Hery Zo, you are currently managing Nelli Studio, a participant in the Tony Elumelu Entrepreneurship Program. Can you tell us about your background?

Indeed, Nelli Studio is part of the first class of the Tony Elumelu Entrepreneurship Programme (#TEEP).

I worked as a system and network administrator for Internet Service Providers (ISP) in Madagascar. Among other things, we have launched, from A to Z, an ISP activity within a web development structure. For my second experience in the ISP business, as a consulting engineer, we built a team and a specialized offering for businesses. I then worked as head of the internet information retrieval department at an SME support organisation, which enabled us, among other things, to launch a web portal called SME Toolkit.

It was only afterwards that I launched my own company that specialized in digital marketing, helping a major telephone operator in Madagascar to pioneer social networks. At the end of 2014, one of my clients offered me to manage a structure that specializes in network integration services, this structure was diversifying its activities into mobile video games through the brand Nelli Studio.

In July 2016, Nelli Studio incorporated while bringing eTech Consulting into its capital, joining a team of 250 engineers specializing in high-tech engineering in Madagascar to support customers in their digital transformation.

What about your company? What is the vision?

When the virtual meets the real: at Nelli Studio, we help our partners and customers to create content and games on technologies revolving around 3D, virtual reality or augmented reality. We rely on the concept of “gamification” to convey messages, entertain or train.

To do this, we offer the following services:

With a staff of twenty graphic designers and game developers, Nelli Studio addresses the regional market (Madagascar and Indian Ocean) as well as the international market.

We rely on the concept of “gamification” to convey messages, entertain or train.

Can you tell us more about Nelli Studio’s participation in the Tony Elumelu Entrepreneurship Programme?

Nelli Studio participated in this program by highlighting the fact that we can create edutainment content for training or awareness purposes. To do this, we have used some of our work, including the series of awareness-raising films we made for an international NGO (an extract can be viewed here), or the animated film and video game combo for children entitled “Soa and the marine mammals”.

Nelli Studio is part of the first promotion of this TEEP program: 1,000 African companies out of approximately 10,000 candidates competed. For Madagascar, there were only three entrepreneurs for this first promotion.

What do you hope to bring to Madagascar with such an activity?

Concerning TEEP, the idea is to mobilize other startups in Madagascar to dare to participate in international competitions. Everyone wins with such international visibility. This is not limited to Nelli Studio alone.

Otherwise, globally, Nelli Studio aims to attract and process in Madagascar, the requests of French-speaking customers for everything related to the development of video games (for smartphone, tablet, VR, or digital signage). We also want to promote the talent of our 2D/3D specialists at an international level.

What do you think is the biggest challenge for entrepreneurs in Madagascar?

Young entrepreneurs need mentoring, if only to master the intricacies of the various facets of entrepreneurship.

Why did you choose to pursue a career as an entrepreneur?

Why? Finding applications for ICT in everyday life has always fascinated me. After spending seven years on the very technical side, and six years on the use side, becoming an entrepreneur to explore other uses of ICT is the natural extension of my background.

You already had a little entrepreneurial background when you took over Nelli Studio. Do you think that the web/digital world represents the future of the Indian Ocean region?

I am convinced of that. The region is developing quality ICT infrastructure. We have a human resource composed mainly of young people who learn new technologies quickly (although the number of qualified people is still minor, leading to a fairly high turnover in the field). Training initiatives are underway to fill this gap.

You say that Madagascar is often under-represented on the Web. How do you feel about it?

Madagascar has often been a consumer on the Web. However, this has begun to change in recent years. We are seeing more and more content being produced on a variety of topics. Major players are setting up in Madagascar to offer BPO services, creating thousands of jobs. However, Madagascar should invest fairly quickly in value-added services. It is in this spirit that Nelli Studio is positioned, by attacking very dynamic markets such as virtual reality or augmented reality. For example, we have developed application concepts based on technologies that are still being researched (e.g. Google Tango).

Do you have a message for aspiring entrepreneurs in Madagascar and the Indian Ocean region?

Everyone has ideas for projects. You are surely not the first one to have had your project idea. Focus on the execution, on the consistency of your approach. And don’t hesitate to pivot (according to its design in the Lean Startup approach).

Your reputation and integrity are your business card. Work on them. And go for it.

One of the particularities of Nelli Studio is that we can work in white label. Furthermore, our clients appreciate the fact that we can work as a back-up or on a contract basis. We can always be reached via our website, our Facebook page.