Moka, the heart of the island, was recently certified as a smart city by the BOI. On November 13, the agency issued the certificate authorizing the ENL Group to begin the next phase of development of the project.

A breathtaking view of the Thumb Mountain, a green nature, smiling and warm inhabitants, the town of Moka is a real jewel nestled in the heart of Mauritius. Moka covers an area of about 500 acres from Saint-Pierre to Bagatelle. The central region of the country is the subject of a “citysmarting” project. The urbanization project in this central region is the work of the ENL Group, which has been developing it for over ten years.

An urbanization that today offers local services to the region’s inhabitants and businesses such as shops, schools, universities, hospitals and a sports centre. Recognizing that the ENL Group is doing real work for the region, the Board Of Investment (BOI) issued the certificate authorizing the next phase of urban development on November 13.

The ENL Group will therefore ensure that it respects the four pillars of this integrated development, which are: the optimal use of resources, a better quality of life, civic engagement and the creation of real economic opportunities.

The first phase of this development project has created over 3,500 permanent jobs for local residents and 500 acres of land have been put to good use.

The citysmarting concept is a project launched by the Mauritian government to enable the emergence of new smart urban spaces across the country. This project takes the form of mixed developments integrating offices, residential, commercial, educational and medical space as well as a leisure component.

Previously, the Mauritian government did not have the financial resources to carry out large-scale projects like this, so it was up to the private sector to take over and act. The government’s role in this project is therefore to set the institutional framework and provide the necessary impetus. It is then up to the private sector, whether it be the large Mauritian groups (IBL, ENL, Omnicane, Terra, etc.) or foreign promoters, to define the scope of the projects, identify the necessary skills, make the investments and finance them. 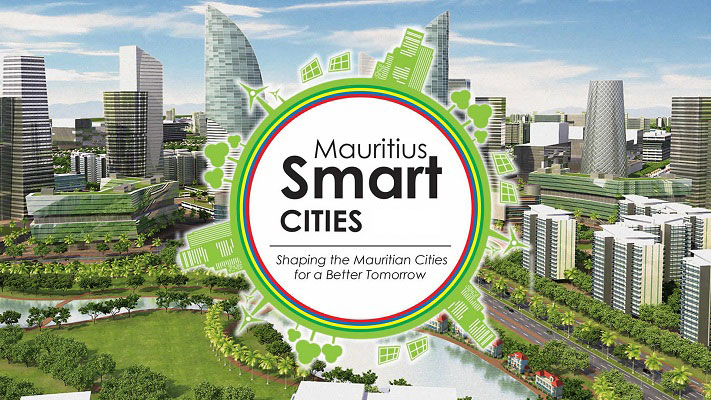 The Ministry of Finance has appointed the BOI (Board of Investment) as its official representative for investors in the SmartCityScheme. Landscope (Mauritius) Ltd, a public company, is in charge of administering the state-owned land on which the “Smart Cities” are to be developed. It should be noted that specific regulations have been adopted and an ad hoc committee created within the BOI (“Smart City Scheme Technical Committee”) to approve these projects.