Five additional schools have been equipped with high-tech equipment, so that digital technology becomes a real teaching tool. This is happening within the framework of the Orange Solidarité Madagascar’s digital schools”. Since 2014, Orange Solidarité Madagascar’s initiative, in partnership with the Ministry of Education, has enabled 15,000 pupils to become familiar with digital technology.

This beautiful initiative, which concerns several schools of the island, will continue this year with the equipment of five other establishments, namely the school Sainte-Anne Anjomakely, as well as the CEG Ambohimanambola, Miarinarivo, Arivonimamo and Imerintsiatosika. During two days, the volunteers of the association, under the benevolence of Josie Randriambeloma, the president, handed over the material to each of the beneficiary schools. 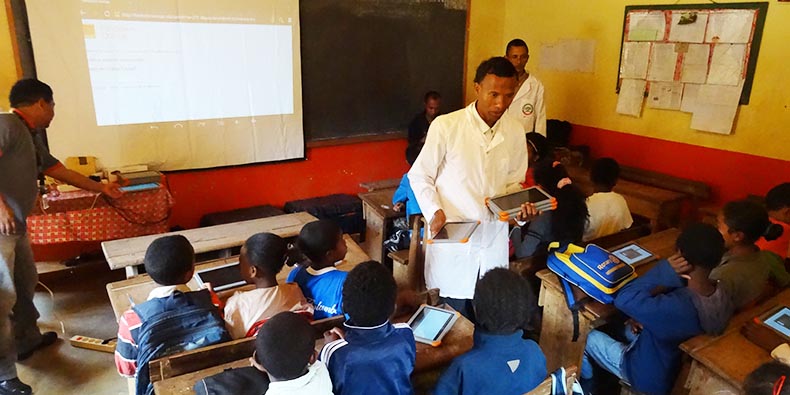 The kits distributed contain about 50 tablets, a screen, a video projector, two Raspberry servers containing content such as Wikipedia, educational content from the Khan Academy and the official curriculum of the Ministry of Education. The leaders and students were trained in the use of the equipment following the distribution.

For this 2016-2017 school year, approximately 15,213 students in grades 4 and 3 from 30 new schools will have the chance to join the program and will be equipped with digital tablets. Next week, the Orange Solidarité Madagascar team will continue its journey by flying to the north of Madagascar to continue the deployment of the ” digital schools” program. Four new schools in the Sava and Diana regions will receive their new teaching materials.

What is the digital school?

The importance of the digital school

In Africa and the Middle East, many children do not have access to books and the internet. Digital schools are new ways for them to study. In other words, digital school libraries bring educational content to the poorest schools. The objective behind this beautiful initiative is to offer all children access to education for a true equality of opportunity.

Learn more about the Digital School

The program is part of the general policy of the Ministry of Education on the establishment of an inclusive, accessible and quality education in the current Malagasy and globalized context. This is in line with Orange Madagascar’s commitment, which launched the first part of the digital school in 2014. This program started on the big island and then spread to various African countries. 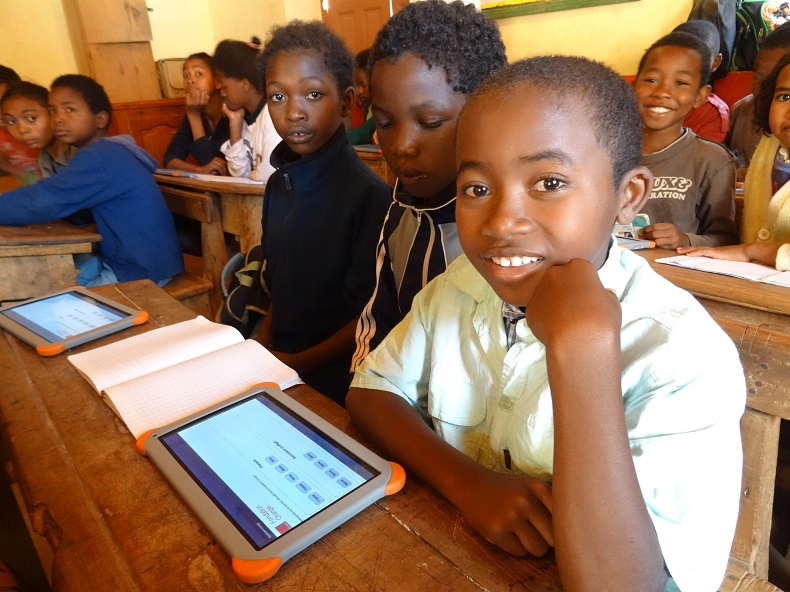 For the Ministry of National Education, as well as for Orange Madagascar, the New Information and Communication Technologies give children the opportunity to increase their knowledge by opening up to the world, to blossom in the globalized context and to benefit from equal opportunities in education.