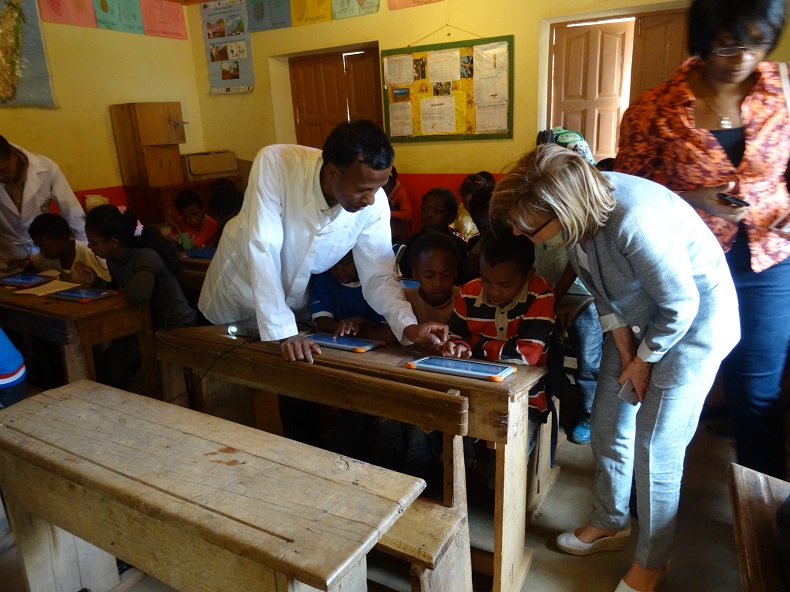 Orange Solidarité Madagascar’s employee volunteers have been mobilized to distribute digital tablets to the CEG Ambohipo, and have taken advantage of the opportunity to introduce the managers and students to the equipment. 500 students in 4th and 3rd grade at CEG Ambohipo benefit from the “Digital Schools” program. So far, the school has received 50 tablets, a screen, a video projector, two Raspberry servers.

In September 2014, Madagascar’s Minister of National Education launched his “Digital Education” program and immediately authorized the digitization of school textbooks. 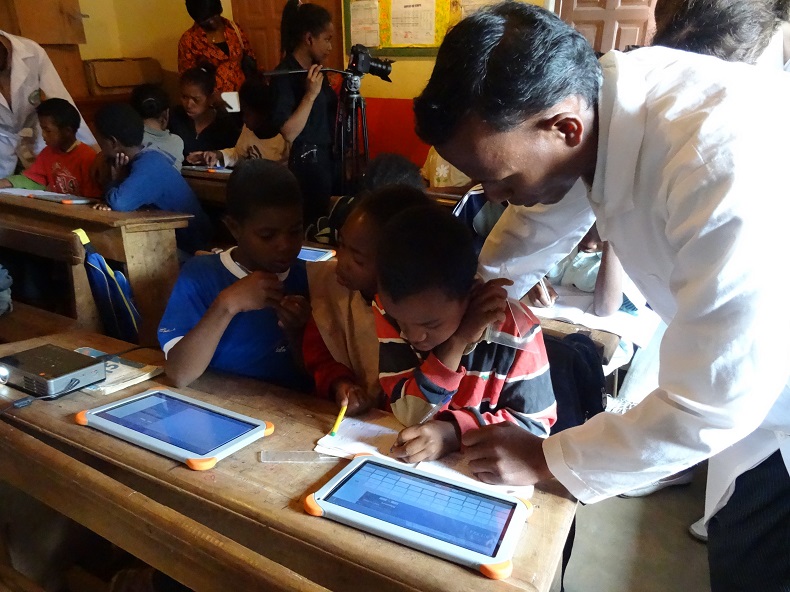 The objective of the program is to facilitate the understanding of the school curriculum, with the aim of increasing the success rate of students in Madagascar through ICT, by adding digital content in primary and secondary classes, through a playful yet effective method.

For the 2016/2017 school year, approximately 15,213 students in grades 4 and 3 will benefit from the program, while 30 new schools will be equipped with digital tablets.

The tablets will give them access to the curriculum textbooks, but also to a kit, which includes:

All this with a mini Rasberry Pi server.

Education accessible to all

The program is part of the general policy of the Ministry of Education on the establishment of an inclusive, accessible and quality education in the current Malagasy and globalized context. This also ties in with the context of Orange Madagascar’s commitment, which in 2014 launched the first part of the digital school. This program began on the big island and then spread to various African countries.

For the Ministry of National Education, as well as for Orange Madagascar, the New Information and Communication Technologies give children the opportunity to increase their knowledge by opening up to the world, to blossom in the globalized context and to benefit from equal opportunities in education.