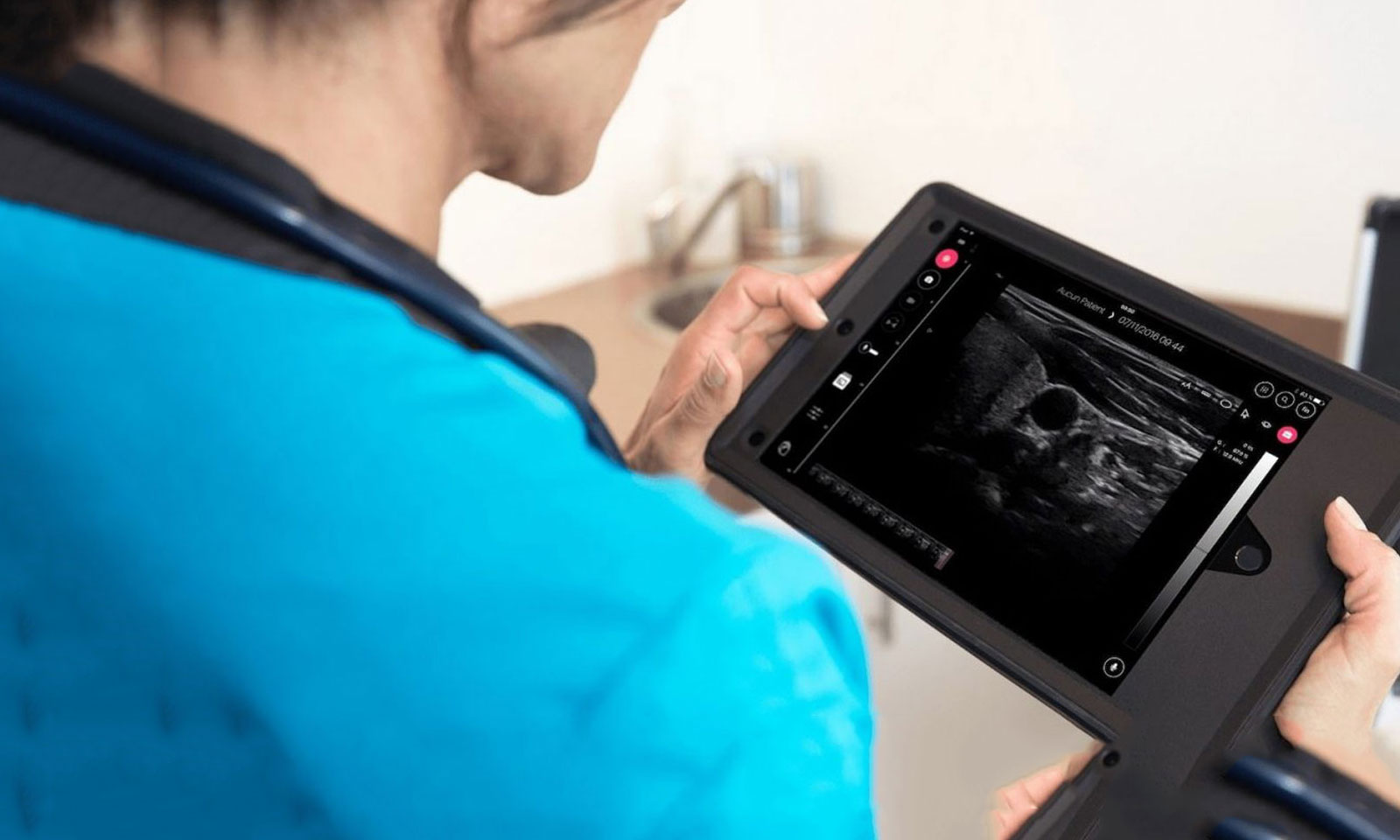 Oscadi, a startup from Reunion Island working in the field of e-health, presents its application: Oscult. Oscult is a connected ultrasound scanner that allows doctors to to perform and transmit live emergency ultrasound scans.

Oscadi presented Oscult at Techcrunch Disrupt in London in 2014. This event, which aims to identify innovative startups and technology projects, brings together the best entrepreneurs. Selected among 15 other innovative startups, Oscadi’s Oscult was one of the four finalists. Among others, Crate, Disease Diagnostic Group and PhotoMath were present. The first Techcrunch Disrupt award was won by Crate, a startup specialized in Big data.

The designers of Oscult are regularly improving it, making it the first ultrasound scanner on the iPad. Thus, Oscult is easy to transport and allows to share exams in real time. Its main assets: it weighs a little less than a kilo and a half, has 6 hours of autonomy and has 32 GB of storage in addition to the possibility of connecting to a cloud.

Oscult has three different probes that allow a straight view and a depth view with open scan. In other words, the device allows the user to perform ultrasound scans with almost flawless image quality. 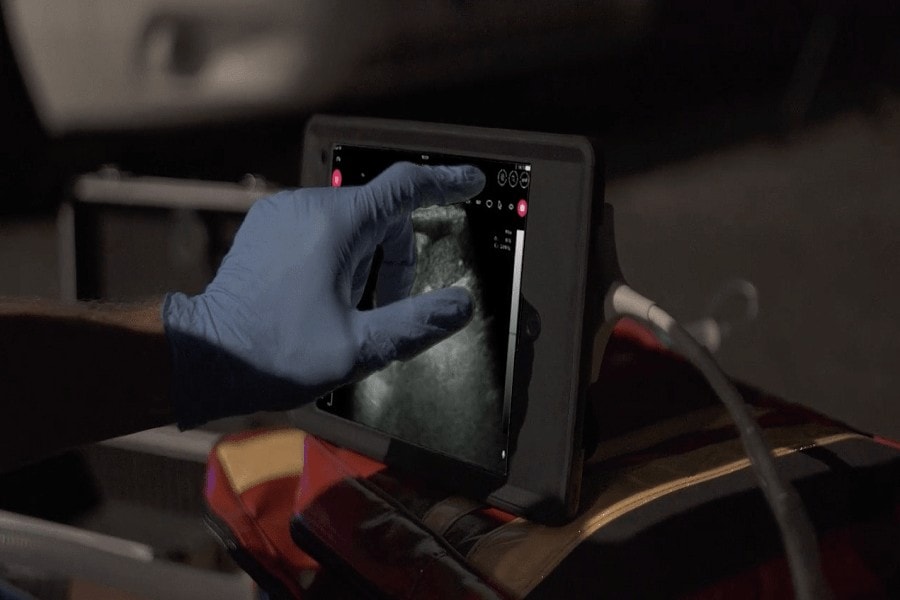 E-health has undergone significant developments in recent years. Oscadi wishes to respond to a current problem: access to ultrasound machines. Indeed, in the medical field, these represent a significant investment and are rarely accessible in developing countries or in areas far from urban areas.

Approved by Apple, Oscult takes advantage of the various features of the iPad Air making it both intuitive and easy to use. Portable, Oscult can be used in remote areas or in emergency situations, in clinics, in ambulances and even in a helicopter.

By making ultrasound possible in environments that previously did not allow it, Oscult increases the patient’s chances of survival through more accurate diagnosis. 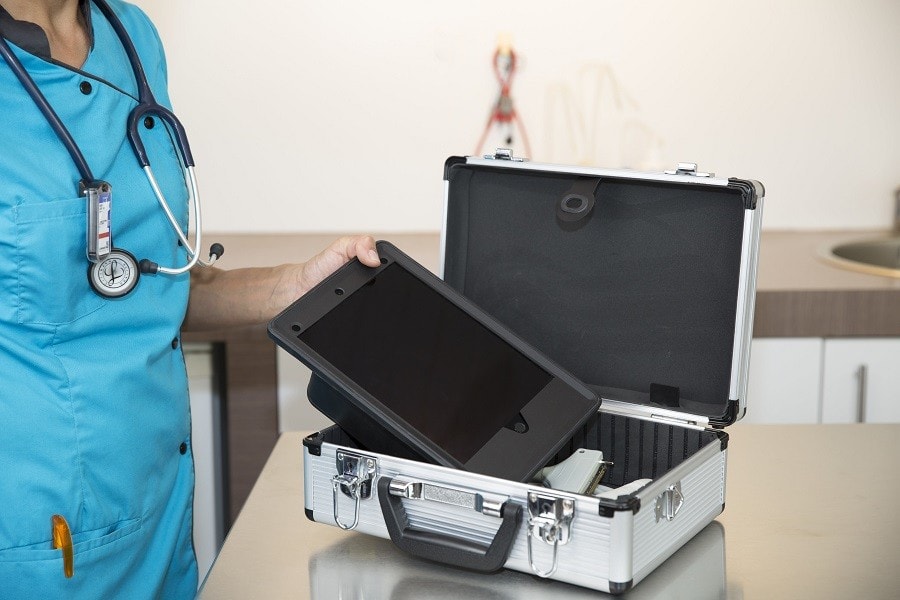 A connected device that revolutionizes ultrasound

Olivier Sautron and Thierry Payet, the developers of Oscult, insisted on the ultra-portable nature of their device. Opening the floodgates to a whole new era of scientific and medical imaging, Oscult makes ultrasound accessible to a large number of medical practitioners: doctors, veterinarians, gynaecologists.

Connectivity is a key component of Oscult. The device works on 3G or 4G as well as on WiFi network. This also allows the practitioner to benefit from real-time assistance from colleagues or a specialist he has contacted.

One of the main advantages of Oscult is also its “hands-free” function. The voice control allows the practitioner to keep his hands free while, for example, taking a screen capture or recording audio comments of the ultrasound.

In 2016, Oscadi decided to present Oscult to the e-Health Trophies and became a Winner in the Telemedicine category. The device also won the Internet User Award.

Oscult started its activities in the veterinary field. It is already used by seven clinics in Reunion Island, where it is marketed. Oscult costs close to $15,000, a price that may seem expensive until you compare it to those on the market, sometimes 3 times higher. However, the creators of Oscult say it is just as good as a traditional device worth nearly $30,000.

In 2017, Oscult finally received approval for use on humans and is currently undergoing ‘crowd funding’ on the Mityou website. Oscadi hopes to finance Oscult by raising €50,000 from internet users.