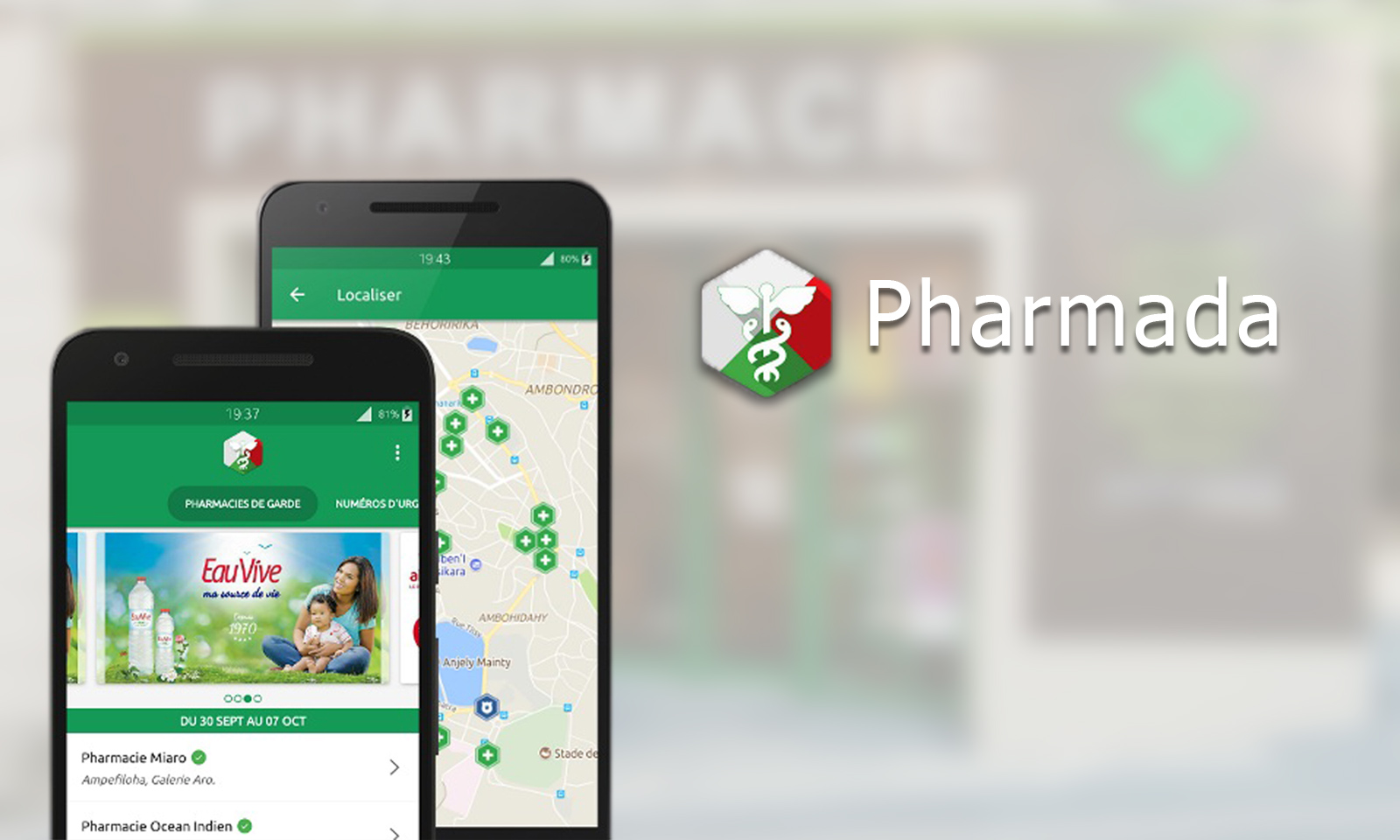 Developed by a young student, Kevin Rabefaritra, Pharmada is a mobile application available on Android. It allows the user to access practical information such as pharmacies on call, future water or power cuts, emergency numbers… Kevin Rabefaritra tells us about the beginnings of Pharmada.

Pharmada is an Android-powered mobile app created in April 2015. It includes the list of pharmacies on call, emergency numbers (ambulance, fire brigade, gendarmerie) as well as forecasts of power cuts (thanks to a partnership with JIRAMA). “The best way to identify the need is to put yourself in the customer’s shoes, so I thought of the on-call pharmacies and the emergency numbers, which are not known to everyone. It’s often when something serious happens that people get angry at themselves for not writing down the emergency numbers.”

The application is available in French and Malagasy. Pharmada also locates pharmacies, police stations, clinics and hospitals in 6 cities in Madagascar: Antananarivo, Toamasina, Majunga, Diego, Fianarantsoa and Tuléar. I decided to launch myself into the world of mobile development, which I believe is certainly the future of technology,” says Kevin Rabefaritra.

Then a second year student in computer science, he realized that mobile applications were not present enough on the Malagasy market despite the popularization of smartphones. So he decided to get on with it. Ambitious, he initiated a feasible project, within his means. This is how Pharmada was born. 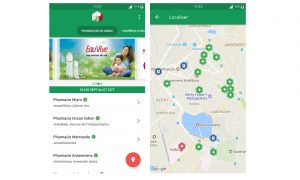 His objective being to facilitate the life of the average Malagasy, he wanted to make an application working both online and offline. “Not all smartphone owners have permanent access to the Internet in Madagascar (Facebook package not included, of course). For this reason, we had to adapt and optimize the application in terms of data consumption, the space occupied in the phone or even in terms of fluidity. Despite the difficulties encountered, especially when collecting data for his application, he says that the challenge of “conquering” the smartphones of the population had motivated him a lot.

“…Mobile is the future”

Pharmada is now at version 5.0, and for good reason, its young designer wants to improve his application as much as possible. “I prefer (constructive) criticism to compliments, suggestions for improvements are still my favorite, every opinion is taken into account.” So version 5.0 is lighter and more intuitive. The main change compared to previous versions is the introduction of water and electricity cut forecasts thanks to a partnership with JIRAMA.

He adds that Pharmada could be updated in the future in order to be even more functional. For example, Kevin Rabefaritra has created a Facebook page called “Startapps” to keep his audience informed of the latest news.

Passionate about the mobile world, which he believes represents the future, the young designer of Pharmada has a few surprises in store for the years to come. “I only announce my projects once they are launched so that I don’t have to ask the public to wait. On the other hand, what I can say is that I am currently working on iOS app development. The next app that comes out should make people happy.”

According to him, mobile development is progressing in Madagascar as smartphone owners spend more and more time on their devices. The latter are indeed looking for the best way to exploit the full potential of their mobiles.

“Recently a group of high school students called InfinitGames developed the ROA game on mobile. As a result, some people don’t feel the need to do specialized studies to get into it: we can only congratulate them! At this rate, we are not at the end of our surprises” concludes Kevin Rabefaritra.