The Big Island can be proud of it! Alpha Project, a Malagasy startup, is in the top 5 finalists in the quest for the Qwant People’s Choice Award in the Startup Africa of the Year 2018 competition! The winner of the contest will be announced on January 25 in Casablanca, Morocco…

The Qwant People’s Choice Award competition had 560 startups participating and only 20 made it to the semi-finals. The votes are now closed and being checked, but we know that Alpha Project from Madagascar is in a good position to win the Qwant public award!

Alongside the Malagasy startup, we find at the top of the provisional ranking the Moroccan startups Speedjob, Khdemti and Ecodome. They are followed in fourth place by CCTF -M (Connection Center Together Forever), a startup from Rwanda. But for the time being, nothing is decided and this ranking can still change, as the winner will be elected by public vote. However, the votes are already closed: 12,350 votes have been cast and are being counted. The results, and therefore the winning startup, will be revealed on January 25 at the awards ceremony, which will take place in Casablanca, Morocco.

Geek culture has a plethora of followers around the world and Madagascar is not left out with Alpha Project. It is neither more nor less than the first agency specialized in events related to video games and E-sport in Madagascar. It is with passion, determination and perseverance that the team that makes up this startup strives to find innovative ideas to stand out. It must be said that in Madagascar there is no shortage of event agencies, so innovation is the key word to make all the difference in this sector of activity!

African Startup of the Year, a competition that rewards innovation

African Startup of the Year is an innovative international competition for startups. The Startup of the Year award was created by Bonjour Idée with the support of more than 70 partners from large groups, incubators, chambers of commerce, media, competitiveness clusters and also influential blogs. 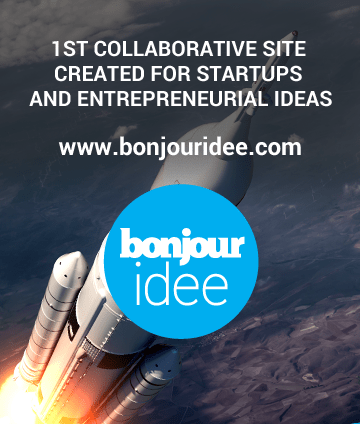 The competition has several prizes, including two jury prizes: the main prize being the African Startup of the Year and the PWC Jury’s Favourite prize. The startup that will win the title of African Startup of the Year will be awarded the sum of €10,000, a communication package worth €10,000 and a connection with the competition partners. In addition, the communication package includes the Startup.info branding which has more than 100 000 views, a banner in their newsletter and a mention of the startup in their communication campaign.

The winners of the jury’s prizes will be known after the finalists’ audition, which will take place on 24 January in Casablanca. The jury will be composed of major players in the field of entrepreneurship such as Outmane El Hassani, Director of OCP Entrepreneurship Network, Cécile Saint Jean from PWC France, Éric Léandri, President of Qwant, among others.

Let’s not forget the five public prizes, in particular the Qwant public prize, the winner of which will receive a cheque for €2,000 signed by the company Qwant and a communication pack worth €10,000 offered by Startup.info. A branding of the Qwant homepage in the startup’s colors is also part of the prize list.

While we wait for the winners to be announced on January 25, we wish the finalists good luck!