As mentioned in our article “The tech innovations expected for 2018!”, Las Vegas hosted the 51st edition of the world’s largest consumer electronics show this Tuesday, January 9. More than 4,000 companies from around the world came to Nevada for the event. Over the last 4 days, start-ups and multinationals alike have been presenting their latest technological innovations and trying to seduce the 170,000 or so visitors expected, the world press and distribution professionals.

If virtual reality was in the spotlight last year, the 51st edition of CES clearly announces the color for 2018, that of artificial intelligence. Indeed, almost all the exhibitors have oriented their technology towards artificial intelligence and voice assistants, which presages that our high-tech products will soon be even more intelligent.

Many of the connected devices presented to techies during the show are capable of learning and constantly adapting to the needs and desires of their users. Artificial intelligence, which allows the creation or invention of machines capable of simulating intelligence, has already conquered all fields. The challenge for technology companies is to install their artificial intelligence platform in as many devices as possible.

For Jack Gold, a specialist analyst at J. Gold Associates, 2018 is going to be “the year of intelligence”. We take a look at some of the most bluffing “smart” innovations presented during CES 2018:

Presented by the French company Blue Frog Robotics, the Buddy pet robot won a “Best of innovation” award in the Robotics and Drones category. A revolutionary family companion, the small android based on an open source platform plays the role of domestic assistant. For example, Buddy watches over the house, entertains the kids (by reading them stories, for example), and interacts with connected objects. 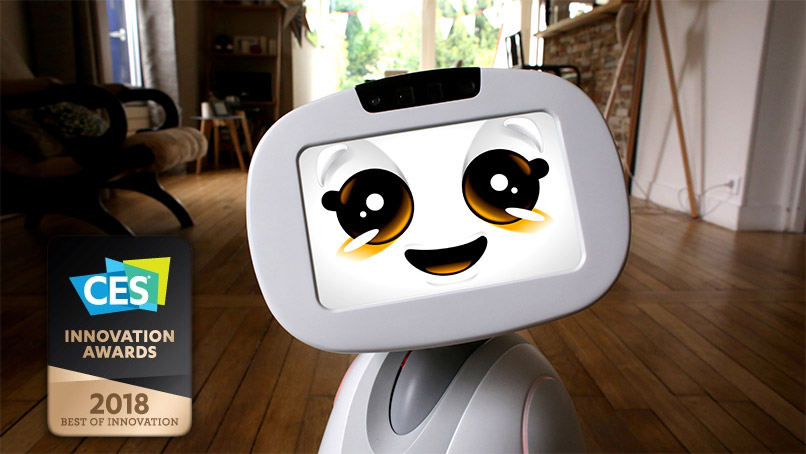 This cheerful-looking robot has facial recognition and can make conversation. It also has a modular platform that will be enriched with new accessories: the objective is to develop new applications compatible with Buddy, in order to multiply its uses. The Buddy robot is currently out of stock.

The e-pallet is the star product of CES 2018. As part of a partnership between Toyota and Pizza Hut, this autonomous vehicle will deliver a hot pizza to your door, which it will have taken care of preparing and cooking in the oven during the trip. The e-pallet means the end of warm or upside down pizza delivery! 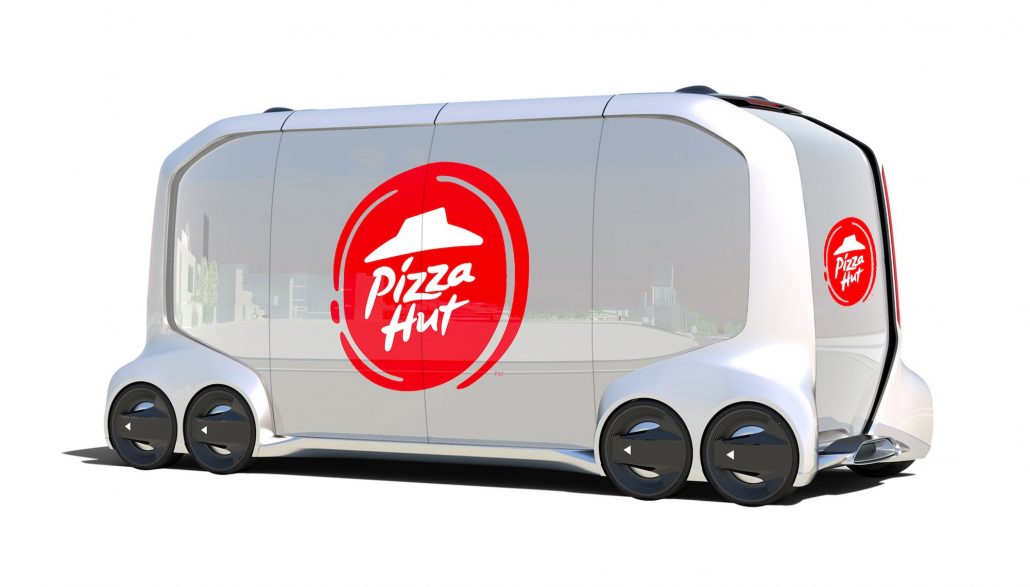 This conceptual vehicle is electric and modular: if the e-pallet is currently destined to revolutionize the pizza delivery experience, its owner can transform it into a food-truck, a mobile shop or a hotel. Available in three sizes, the Toyota concept car can measure between 4 and 7 metres. It can also be reconfigured in less than 24 hours, offering great flexibility to its user. Already adopted by the American pizza giant, the tech-savvy product has attracted interest from a number of companies, including Amazon, Uber and its Chinese counterpart Didi.

Toyota hopes to have its new product on the road for the 2020 Tokyo Olympics.

During its CES press conference, Intel presented Volocopter, the flying taxi from the German company E-volo. The drone flew autonomously for a few minutes. E-volo and Intel have developed this project in partnership since Volocopter is equipped with IntelFlight flight control software.

The second version of the drone, the 18-motor aircraft is capable of vertical take-off and landing and can carry up to two people. Its average speed is currently 50 km/h with a range of 30 minutes. While these performances are limited for the moment, they are destined to be improved rapidly. Moreover, Volocopter is only intended for urban use in order to relieve traffic congestion in the city centre.

Intel boss Brian Krzanich is selling us a dream about this connected device: “Imagine pulling out your phone, opening an app and planning your own air taxi ride,” he said, before adding, “This sci-fi vision of the future is actually much closer than you think.” One problem persists: the regulations authorizing the flight of these drones over our cities. Yet Dubai is looking forward to its first fleet of flying taxis in 2022.

The connected electric heater presented by the French start-up Lancey Energy Storage received the Best of Innovation Award in its category, Home appliance. This first-ever smart electric heater turns the concept of the smart home into reality. Equipped with an energy management system, the battery is charged during off-peak grid hours. Thus, it stores the energy it does not use, releasing it when it becomes necessary. In practice, the battery is discharged to power the radiator at peak times. This process could reduce your heating bill by 50%! 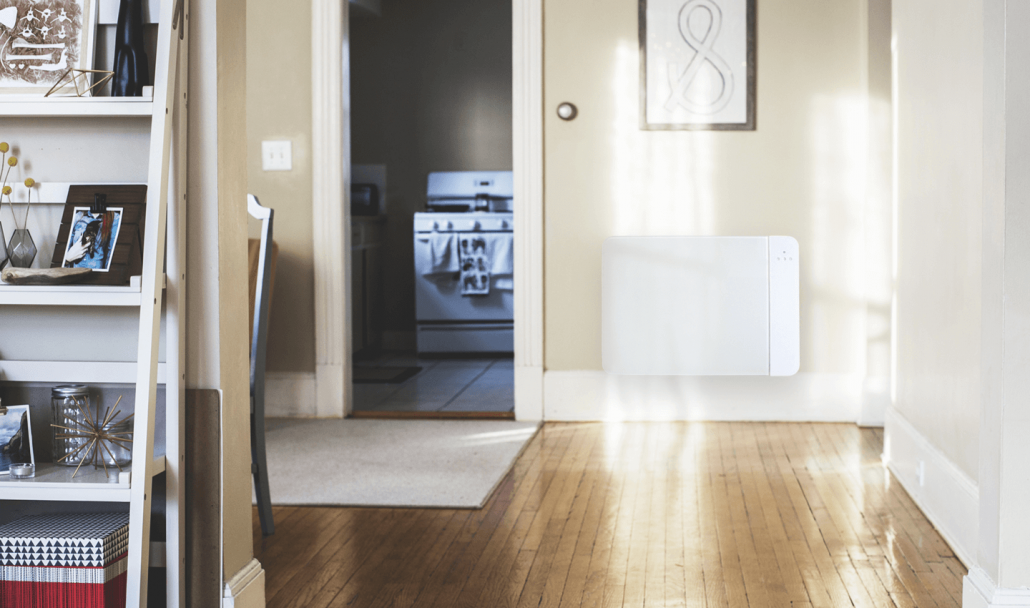 Thanks to a mobile application, users can control their radiators remotely by changing the temperature of the radiator, for example, or by monitoring their consumption in real time. This intelligent radiator optimizes itself over time, adapts to the user’s habits and takes into account external information such as the weather. The Lancey radiator saves money and contributes to the energy transition.