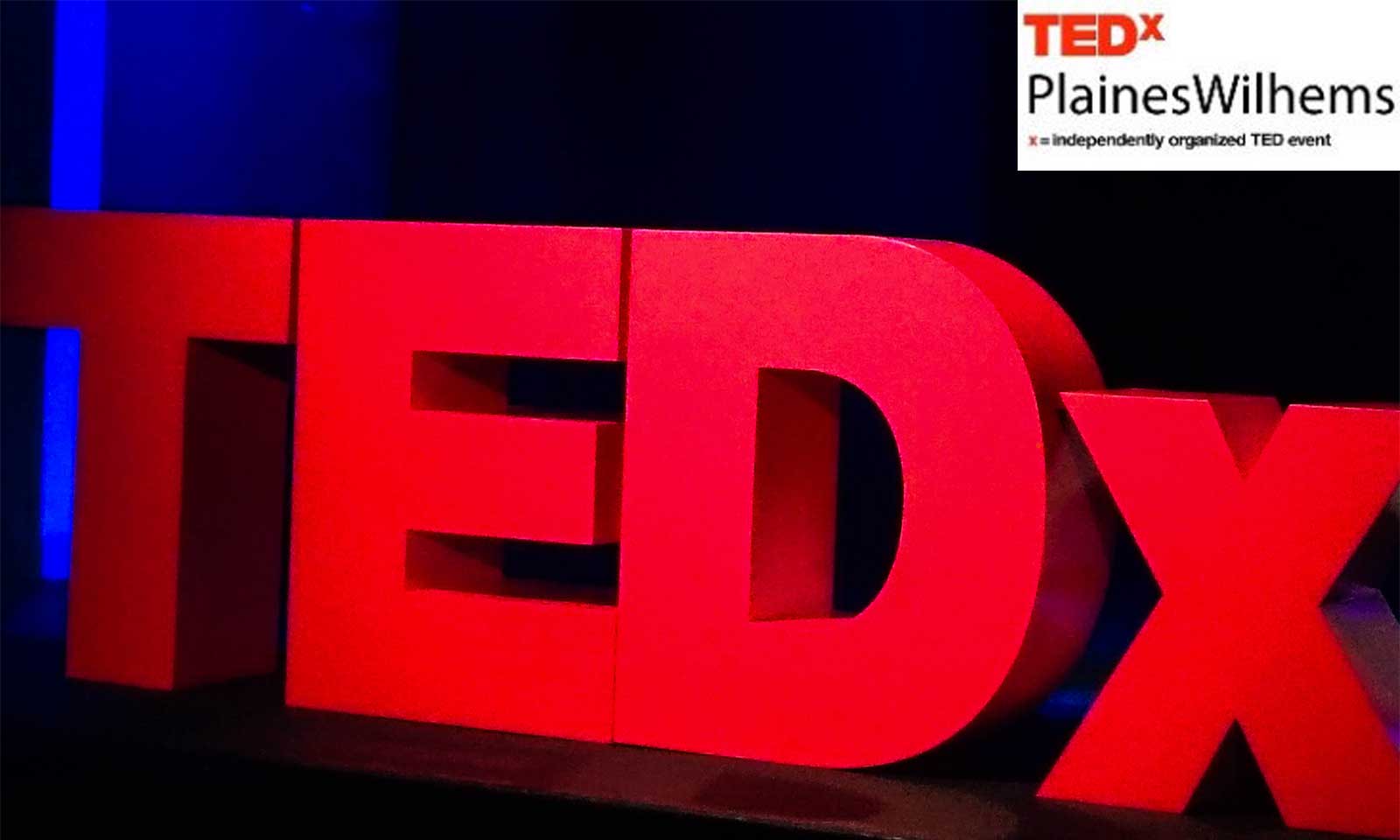 This Friday, April 28, 2017, was the TedX Plains Wilhems event at Star Bagatelle on the theme: the tales of tomorrow. This was the first time that a TedX from the United States was broadcast in a cinema in Mauritius.

The speakers were: a singer, an artist, a poet, an author, two podcasters and the biggest star of Bollywood: the main attraction of the event was Shah Rukh Khan! Each speaker had the opportunity to tell their story and their vision of the future. Here is an overview of the insights gleaned during this TedX.

Cynthia Erivo: Music brings us together

With a voice that is both soft and powerful, Cynthia Erivo draws us into her musical world. Between each song, she stopped for a few moments to share some ideas with the audience.

“Music is a universal language that we can all understand. We are all connected by a piece of music somewhere. Music gives us access to our superpowers.”

In a world where cultural differences are often barriers to communication, Cynthia Erivo uses music to bring people together. Our future lies in our ability to create deep and sincere relationships with others. 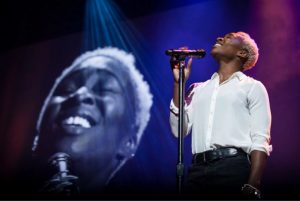 Nowadays, businesses are fighting for the attention of their potential customers by using social networks. Manoush Zomorodi, who hosts a “Note to Self” podcast, looked at the time we spend on social media, doing nothing productive. Without realizing it, we tend to fill our moments of weariness with intensive use of social networks. That is the problem.

“When we are bored, we activate a neural network in your brain called default mode. With this default mode, our minds make connections between disparate ideas and find solutions to troublesome problems.”

So she launched a week-long “Bored and Brilliant” challenge for her listeners. 20,000 people have signed up for his challenge. The latter consisted of using less and less social media every day. Before the challenge, its users spent an average of two hours a day on their phones. By the end of the challenge, that time had decreased to about six minutes less each day on their phones. Knowing that it is very complicated to change human behavior, the challenge organized by Manoush Zomorodi had positive repercussions in a very short time.

A long time ago, writing was known mainly to scribes. Writing was reserved for a certain class of society. She had embodied the identity of an elite.

“Writing is not only a stylized form of communication, but also a time capsule and a window into the generations that have gone before. It’s easier to write now, more than ever.”

Helen Zaltzman urges us to appreciate the opportunities we have today and to leave an indelible mark on human history by using writing. 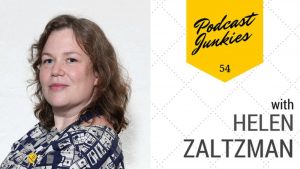 His speech was punctuated by refined humour and disarming humility.

“I have been led to understand that there are many of you who have never seen my work and I am really sad for you. Moreover, he made a brilliant analogy between humanity and himself. “Humanity is a lot like me. He’s an aging movie star, attacking everything new around him, wondering if he got it right the first time and always trying to find a way to keep shining.”

The story of his rise to world stardom was a particularly strong moment in his speech. Shah Rukh Khan revisited the faux pas he may have committed in the past, as with the advent of new technologies, people’s behavior has changed, especially on social networks.

Despite the challenges facing humanity, Shah Rukh Khan remains confident that we will be able to face the challenges of tomorrow because we are beings shaped by love. During his speech, he emphasized the power of love and compassion.

Note that Shah Rukh Khan has been chosen to be the featured presenter for
TED Talks India: Nayi Soch. 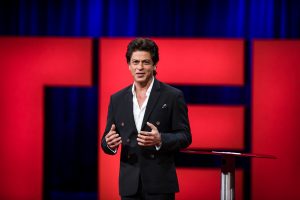 Laolu Senbanjo has been greatly influenced by the culture and mythology of the Yoruba, an ethnic group in southwestern Nigeria. Even as a child, he was sensitive to art. He could see patterns on the floor, invisible to his brother’s eyes. However, he had to go to law school to satisfy his parents, who wanted him to become a lawyer. After a few years as a human rights lawyer, Senbanjo moved to New York to pursue his passion for art. His beginnings as an artist were difficult…

To survive, he decided to paint canvases on his clients’ accessories and clothing to tell their stories. It was a way for each person to literally carry their own story. Accessories and clothes were no longer enough, and he decided to paint on human bodies: his collaboration with Beyonce, who called on the artist for the Lemonade video, brought him fame. Laolu Senbanjo claims respect for artists and their creations, for every human being, because we all have a story to tell. 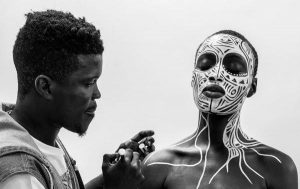 We live in a world where old age is a plague that we try to eliminate with botox and plastic surgery. We have preconceptions about old people. We are discriminating against them. And yet, we may be young today, but tomorrow we will all be old.

Ashton Applewhite asks the question: who benefits from the crime? Multinationals and the pharmaceutical industry that have to sell their “miracle” products to a clientele in psychological distress because of society’s negative perception of the value of these individuals.

“Aging is not a problem to be “fixed”, or a disease to be cured. It is a powerful, natural and enduring process that unites us all.” 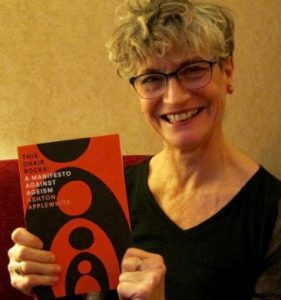 David Whyte: the boundary between past, present and future

David Whyte is a poet who analyzes the “conversational nature of reality. He points out the illusions of life: the fact that we hoped to be free from the difficulties and health problems that humanity has always faced. We also have hope that we will live without ever being heartbroken. David Whyte shared two poems with the audience, inspired by his niece’s walk along El Camino de Santiago de Compostela in Spain.

The first poem, “Finisterre,” refers to the town in Portugal where Whyte’s niece walked after finishing her pilgrimage, and the three rituals she performed along the way: eating scallops, burning a letter, and leaving behind a garment. He concludes that, even without his hiking boots, which served Whyte’s niece for seven weeks of walking, “a part of you might still be walking on / whatever it is or on the waves.” Furthermore, through this story, the poet makes us realize that in order to move forward, we must sometimes travel light and leave things that have sentimental value to us. These are difficult choices that must be made in order to move forward.

The second poem, “Santiago,” considers how in a single moment – in the book reaching the end of El Camino – the past, present, and future seem to converge on a single destination… A destination without end. 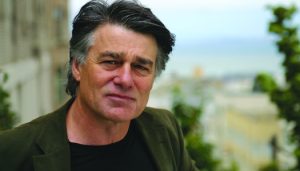 At the end of the session, we were informed by the TedX Plains Wilhems team that the next meeting will take place in December. One thing is certain, the ICT.io editorial staff will be there for the next edition.