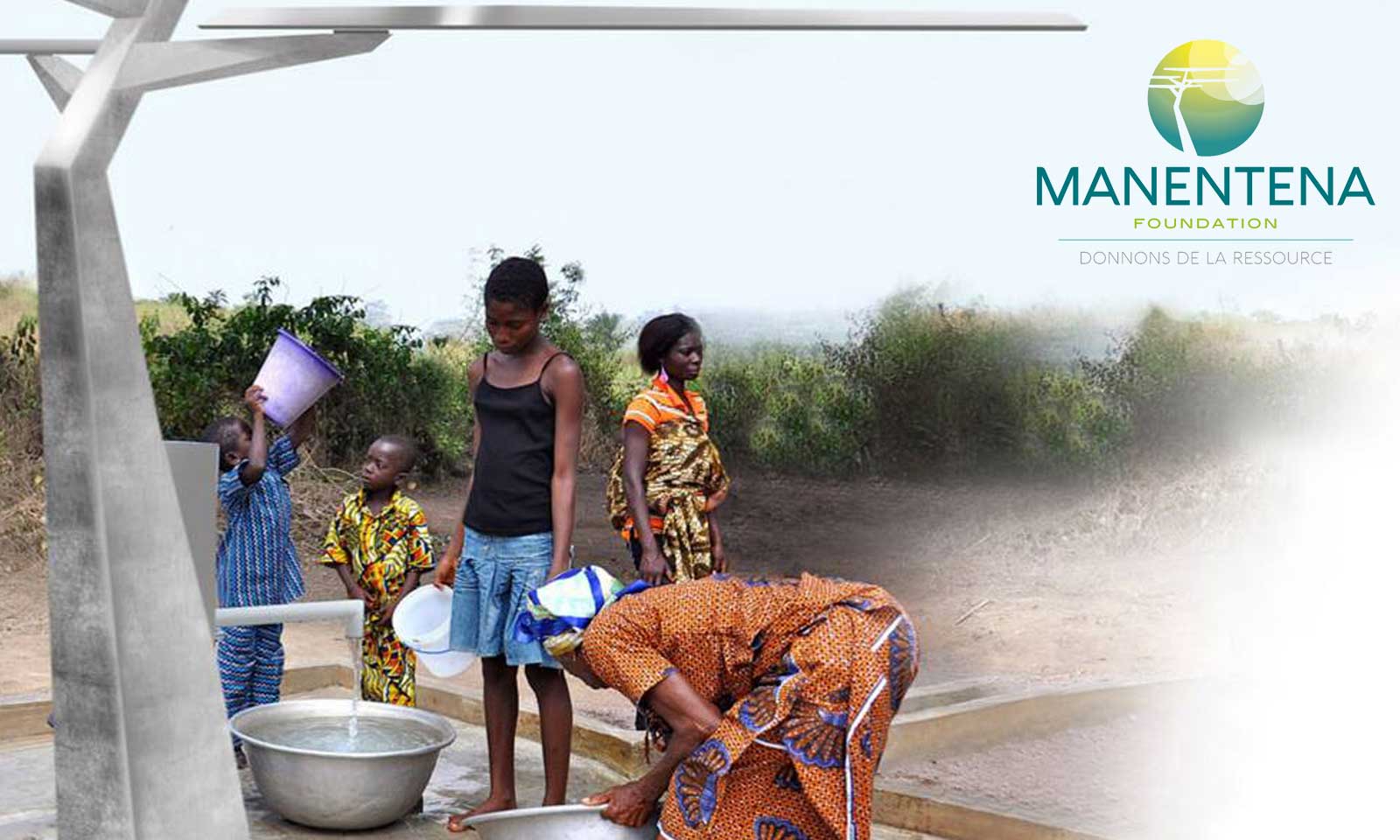 There are 25,000 inhabitants in the small village of Andralanitra. This dumping ground located at about ten kilometers east of the capital is known for its insalubrity and its very difficult living conditions. It is however in this zone that the first two solar trees of the Big Island were installed.

Andralanitra, the destination of several tons of garbage per day

Antananarivo is teeming with activities. Thus, the amount of waste produced by the capital of Madagascar is more than significant. Nearly one hundred tons of household waste land in the Andralanitra dump every day. It is for this village that Father Pedro decided to found the humanitarian association AKAMASOA. A large number of Malagasy live in this dump, where life is extremely harsh. Convinced that no human being deserves to suffer these conditions, Father Pedro has taken on the task of building several infrastructures in the village. Between schools, workplaces and clinics, living conditions in Andralanitra have gradually improved. 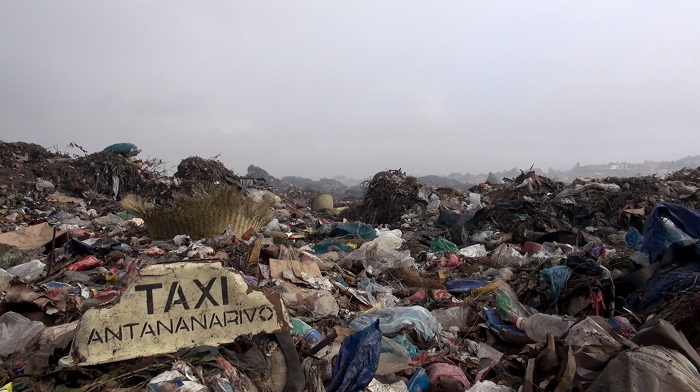 One good deed leads to another, and some time ago the village welcomed the very first solar trees ever planted in Madagascar.

The idea of relocating the landfill has been raised several times. However, and not surprisingly, no locality has expressed the wish to receive the hundreds of tons of waste from the city of Antananarivo. The only possible alternative was therefore to focus on improving the landfill itself. To complete the social initiative of AKAMASOA, another foundation wanted to bring its stone to the building: “Manentena Foundation”, whose objective is to offer electricity to Andralanitra.

Not surprisingly, electrification of remote areas of Madagascar is problematic. Only ten kilometres from the capital, it is just as important. The inhabitants of the Andralanitra area are still few to have access to electricity, and even less to green electricity. This is what the Manentena Foundation is offering them today.

“We have set up two ALTES trees, each with four solar panels. The result of our latest innovations, they provide the beneficiaries of Andralanitra with 2.24KW of electricity, 12KW of storage, 70 spots of lighting, as well as drinking water. This system can provide five to ten days of lighting, without sunshine,” says Gilles Garcia, one of the founders of Manentena. 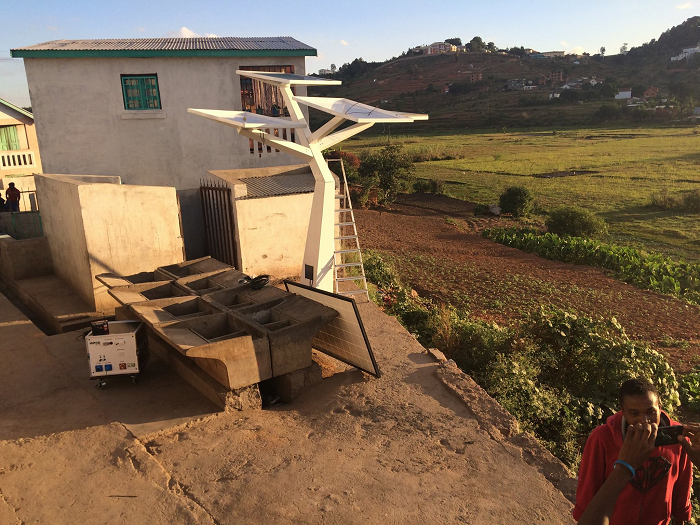 The solar tree of Andralanitra

These ALTES, or Autonomous Life Tree Electric System are a first in Madagascar. They quickly attracted the interest of the general public, as green energy was still very much unknown in the region. While solar energy has begun to gain traction, the idea of having a “tree” in your home that produces and supplies electricity is difficult to grasp. Indeed, solar energy is becoming more and more popular in the Big Island, but in people’s minds, it is more a way to compensate for unexpected power cuts, than to acquire energy self-sufficiency.

However, the ALTES offer several days of light without sunlight and drinking water. This will bring a breath of fresh air to the inhabitants of Andralanitra and inspire the neighbouring towns. The tree source of energy, water and light is indeed a possible solution for the inhabitants of the Big Island who have to juggle day and night with the hazards of the national electricity supplier. 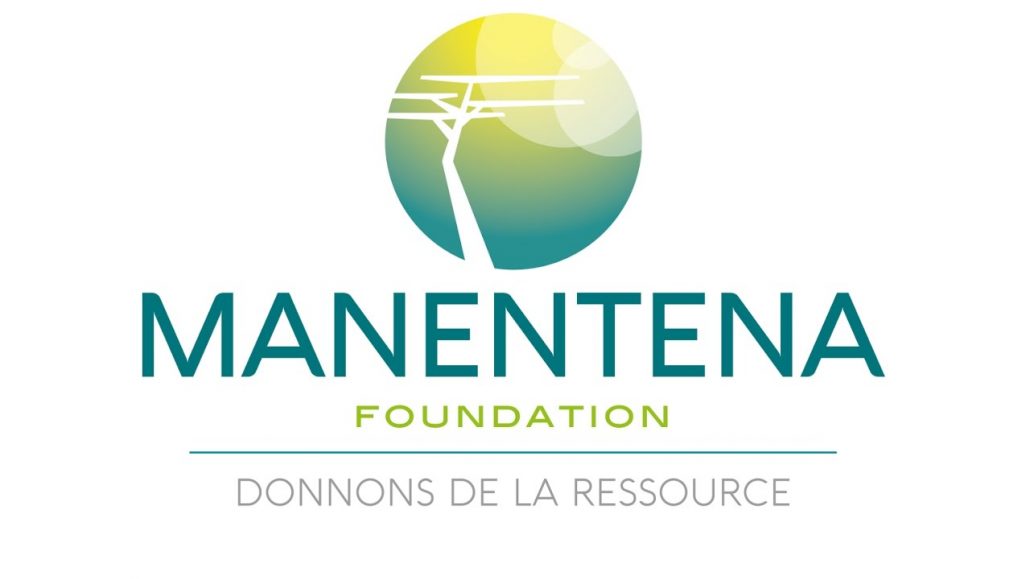