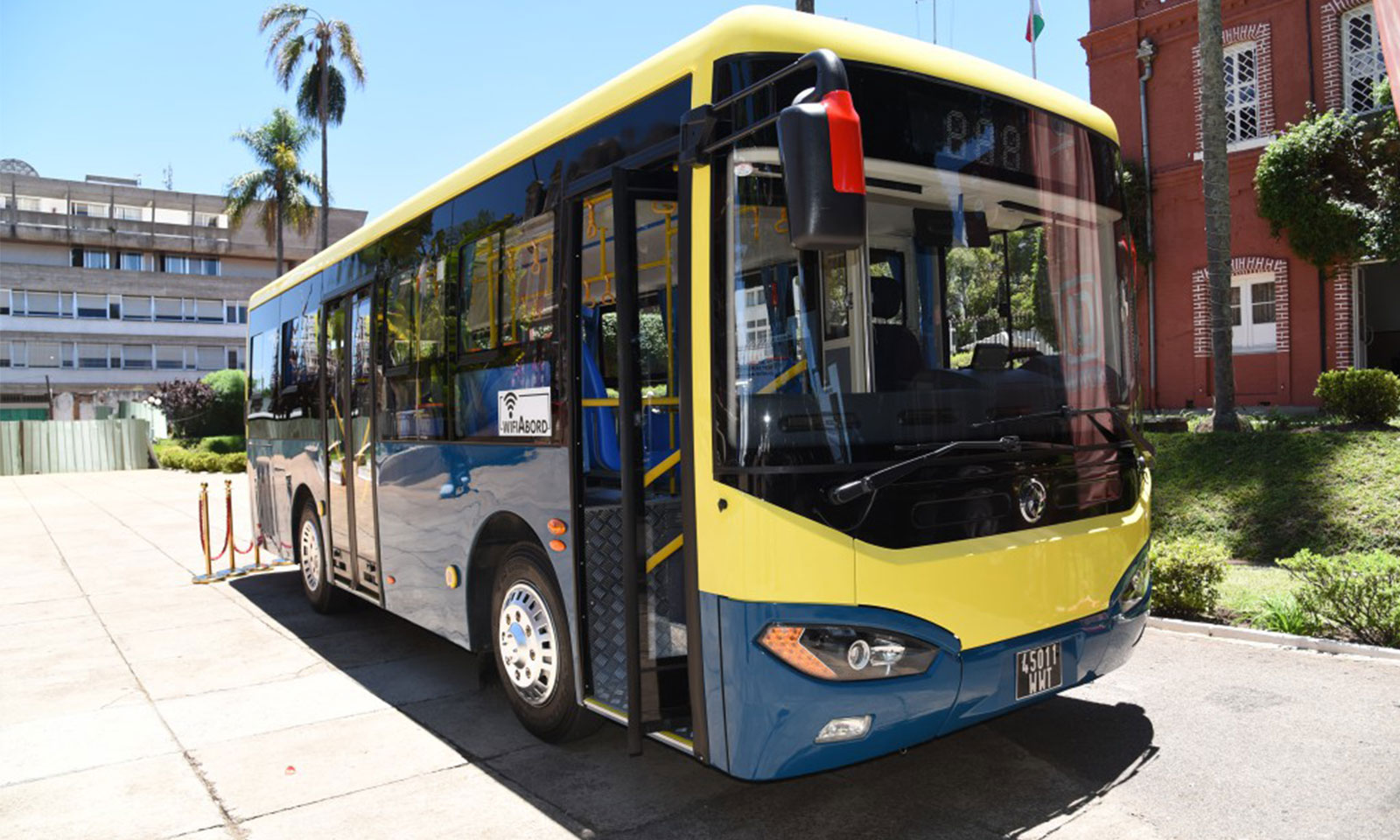 As part of the renewal of the public road passenger transport fleet in Antananarivo, the intelligent bus arrives in Madagascar. According to an MTM release, “The objective is to ensure the establishment of a safe and secure, efficient and human and environmentally friendly transportation network.”

Intelligent buses will soon be circulating in the streets of Antananarivo. This project is part of the renewal of the public road passenger transport fleet in Antananarivo. This transit modernization initiative comes from the Department of Transportation and Meteorology (DTM). It is in Ambohitsirohitra that samples of these buses were presented, in the presence of the President of the Republic, Hery Rajaonarimampianina.

Several innovations will be present in this intelligent bus. It will be equipped with a GPS and it will be possible to limit its speed as well. In addition, demonetization will be introduced. Indeed, it will no longer be necessary to have cash on you thanks to the payment by card. This safety measure is complementary to the special offers that will be made to the elderly and those with disabilities. The smart bus will also be equipped with doors that can be opened by the driver. This smart vehicle has 49 seats, 23 seated and 26 standing. In addition, surveillance cameras are also placed in the vehicle to control pickpockets.

It should be noted that this is not the first time that projects to introduce buses into public transit have been launched. Transport cooperative presidents even went to China to see models from the time of the transition. However, to date none of these projects have been completed, the price still being the main obstacle. This time, in addition to introducing smart buses, the project will also aim to strengthen the transportation infrastructure. For this purpose, bus stops, reloading and sales points for transport cards and the restructuring of public road transport for passengers are planned.

A pilot line before the national holiday

These reforms should improve the quality and accessibility of the transport service. In addition, they aim at the profitability of the TPRV operation, the reduction of road accidents, less CO2 emissions and the decongestion of the traffic in Antananarivo. Although he has not yet given a precise date for these vehicles, Hery Rajaonarimampianina recommends that the pilot line should see the light of day before the national holiday.

Mixed views on the smart bus

For the time being, the project remains in the discussion phase at the ID Motors car dealership and the transport operators. David Rakotoringa, CEO of the group, explains that they ensure ease of payment. He adds that “it is an opportunity for job creation, but it will also guarantee a reduction in the price of the vehicle. Transporters, for their part, are still hesitant to invest in it; for them it depends on the price. Harinaivo Rakotondrazanany, president of the Volavita cooperative, hopes that the minibuses will not disappear from circulation. As for Harilanto Randrianarisoa, president of the Mirindra cooperative, he is rather convinced: “it suits us that the circulation of cash is suspended, because we are making a loss with the current system.