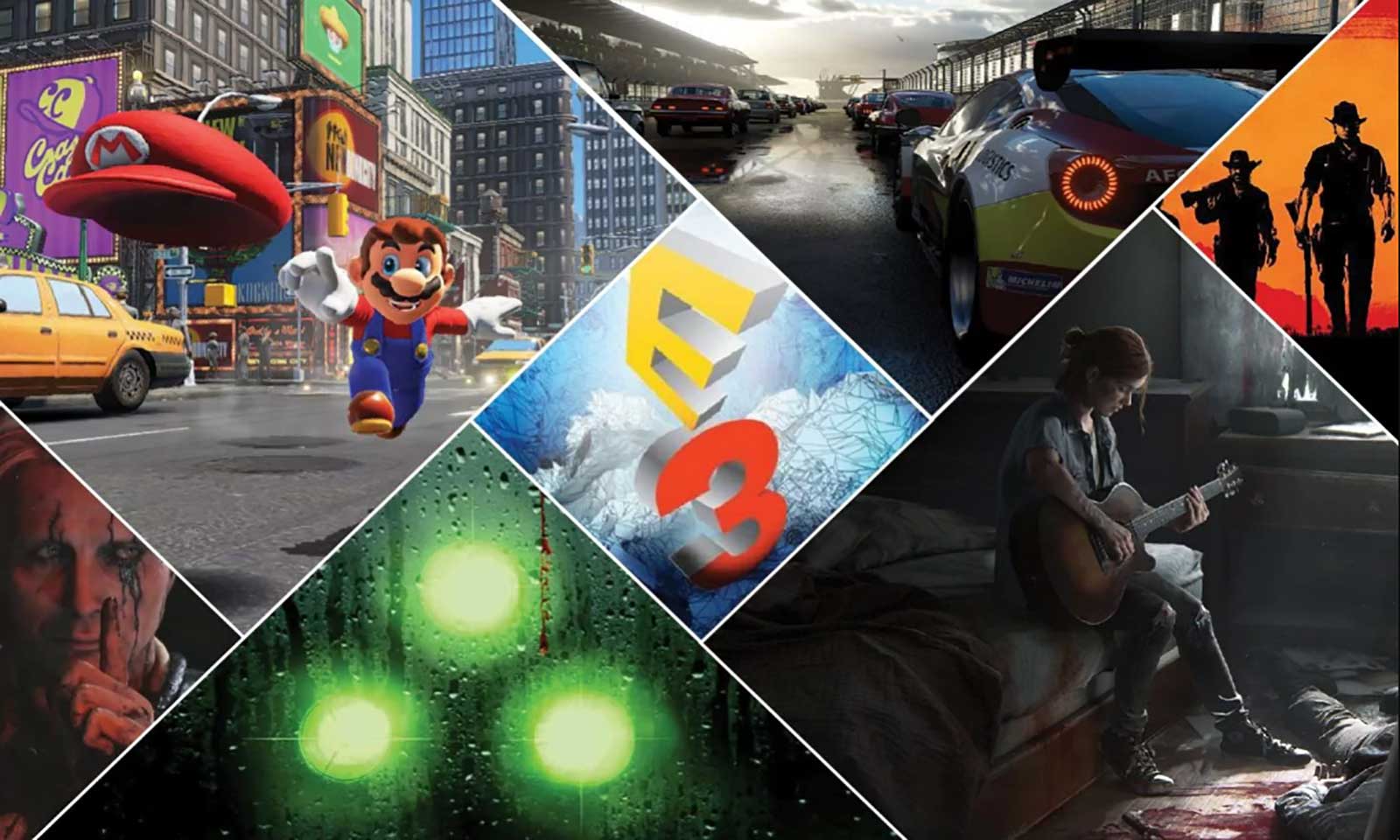 Electronic Entertainment Expo 2017 (E3), the world’s largest trade show dedicated to video games, is coming to you June 13-15, 2017. It is in Los Angeles that the gamer community, the press and the biggest video game publishers will gather. On the program, presentation of trailers, new unreleased games, and exclusive gameplay. This year, for the first time ever, 15,000 members of the public will be invited to the party.

Like every year, E3 2017 is shaping up to be a big, impressive event full of surprises. The big players in the industry, Sony, Microsoft, Nintendo and Ubisoft, will be competing for attention with big announcements during the convention. In previous years, new consoles and games have been announced. However, with two new consoles coming out this year (the Nintendo Switch and Microsoft’s upcoming Project Scorpio), let’s hope the big publishers are cooking up something even bigger to blow our minds. What exactly are the most anticipated games and announcements from E3 2017? Below are our predictions for this 23rd edition of E3 2017!

No conference for Nintendo, for whom this practice is ancient history. The president of the Japanese firm recently announced: “Once again, we will not hold a conference for investors, analysts and the media.

On the other hand, Nintendo’s US branch will be releasing any information about the company’s future shortly. Knowing that there will be no conference, the Nintendo Direct, a gaming area dedicated to the brand, should be interesting. Aside from the rather thin details about possible big releases (of the Zelda, Skyrim caliber) on the new system, Nintendo doesn’t seem to want to communicate more between now and the opening of the show. Regarding Pokemon Stars, the big Pokemon title on Switch, will it make an appearance? No news for the moment and Nintendo continues its usual communication plan… Radio silence.

However, it’s almost certain that Nintendo Direct will showcase the titles planned for 2017, including the highly anticipated Super Mario Odyssey. In addition to the presentations, you can follow Nintendo Treehouse Live on social media for three days of live coverage! 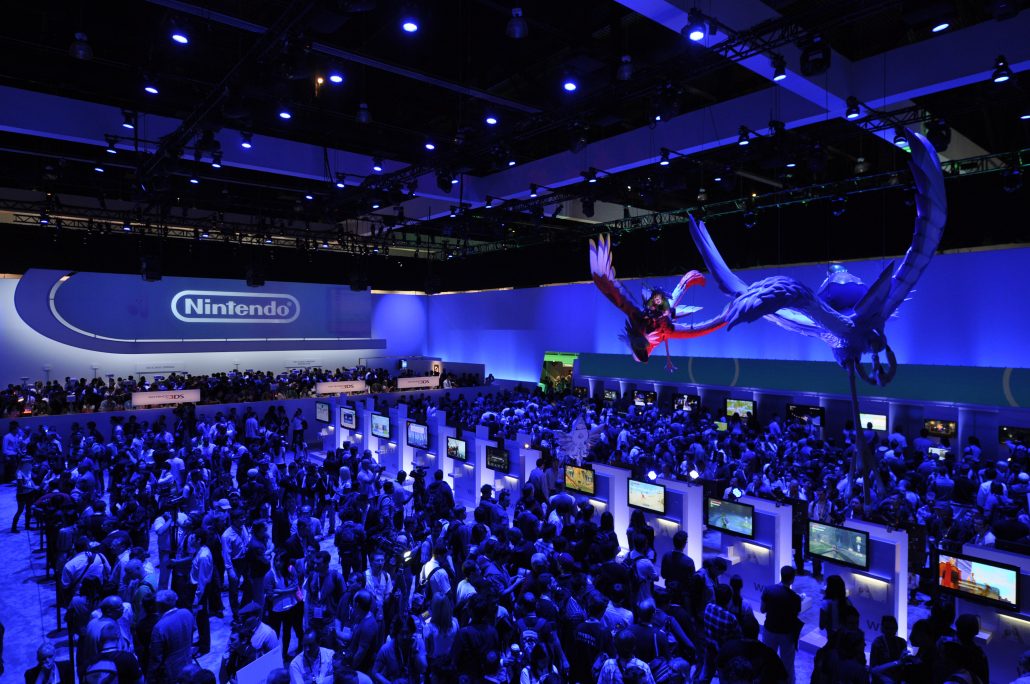 Sony’s conference will take place on June 12th at 6pm (local time in Los Angeles). The Japanese firm has reserved a space of almost 3,000 m², i.e. 2.5 times more space than Microsoft! Sony will surely be showing off its exclusives, starting with the highly anticipated God of War 4, Spiderman, Detroit, Days Gone, The Last of Us 2 and Death Stranding. Regarding the new hardware, Sony will probably remain very discreet, without revealing any new product. Instead, the company will focus primarily on games, for the enjoyment of fans. With the launch of VR as well as the PS4 Pro last year, the manufacturer has few new gadgets to showcase. Sony is preparing 15 hours of Stream! Stay tuned on 13 June for a live stream from 2am: PlayStation Live, PlayStation conference. During this live event, expect trailers, interviews and other announcements. 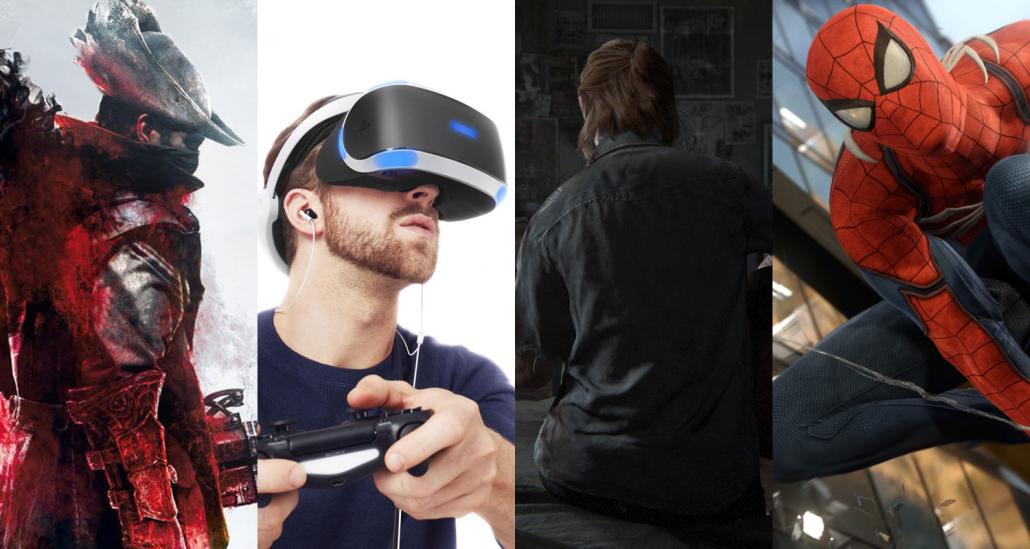 The company is preparing an announcement that promises to shake up the video-game sphere: the dreaded Project Scorpio. With a line-up (unconfirmed) that includes such big hits as Red Dead Redemption 2, Phantom Dust, Forza 7, Destiny 2, State of Decay 2… The manufacturer’s console will make many envious.

In addition, the official name of the console will be revealed, as well as the first customer models. While we know what the revealed concepts look like, the commercial version is still discreet. 343 Industries studios, under the Microsoft banner for a few years, will also be present at the show. Creators of the Halo cultism, they will show a “little something”, to the fans. However, they are adamant that this will not involve a new game. So no Halo 6 in the pipeline, but maybe Halo in VR? Halo 5 on PC? Or even a remaster of the previous releases? In any case, we will have to wait until June 11 to know more. 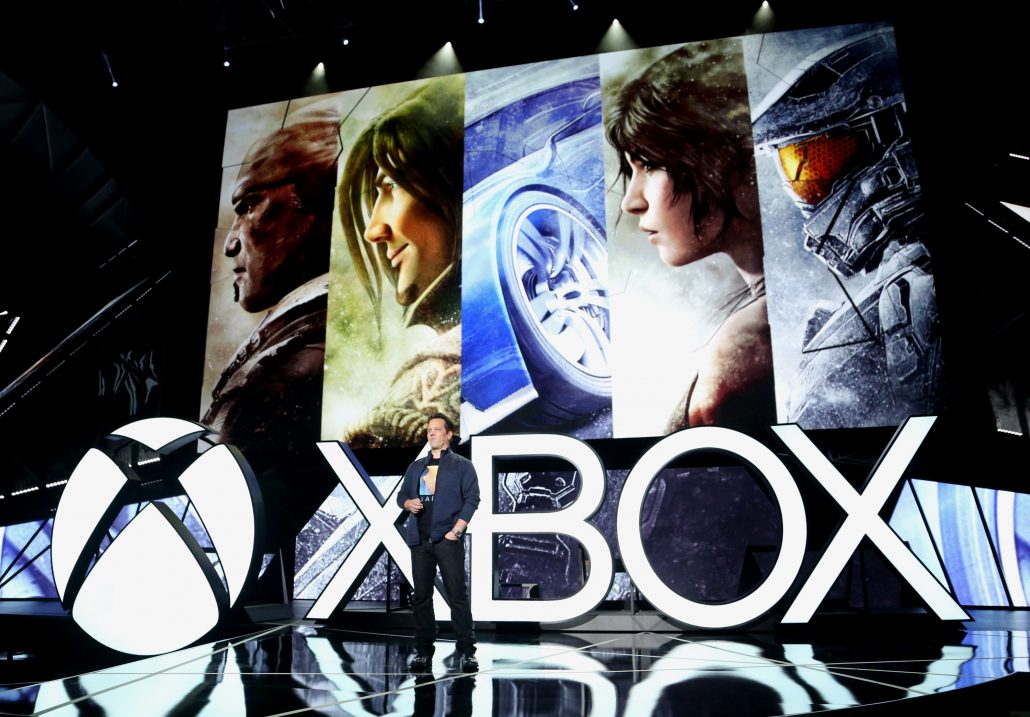 It was during PAX East 2017, another video game trade show, that Bethesda VP Pete Hines announced the VR version of Fallout at E3 2017. This will certainly be the occasion to see some gameplay samples and to get a release date. Another game, less expected, but which will nevertheless monopolize the scene for a while: Prey. This sequel-turned-reboot will surely reveal a bit more, while fans would no doubt love to hear the announcement of an Elder Scrolls VI. Bethesda recently released an image teasing announcements from the show. It features several well-known games, such as The Elder Scrolls Online: Morrowind, Doom, Quake Champions, Dishonored 2 and Prey. However, there are two sites to watch out for, referring to two games in development! Maybe a new Wolfenstein! 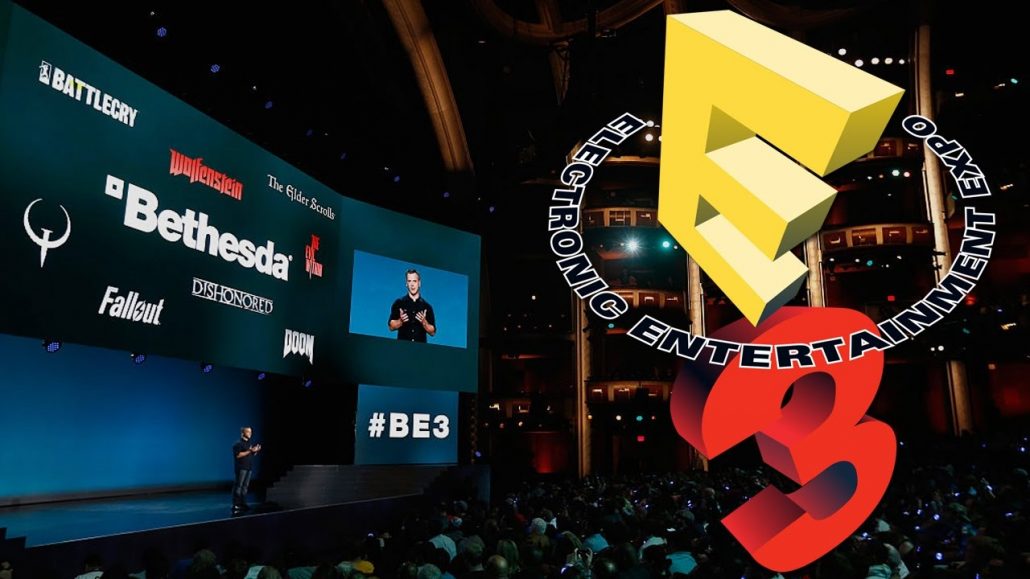 The conference will take place on Saturday, June 10, a few days before the opening of the show. Like last year, EA is offering this conference on the sidelines of EA Play, through a “mini-showcase” where guests and attendees can enjoy the previews of the games, before the fans, who will however be able to play them this year.

Among the games confirmed recently, and therefore probably presented by EA at E3, we find of course Star Wars Battlefront 2, FIFA 18 and a certain Need for Speed still very discreet, and recently announced. Titles to be showcased at the booth include Star Wars, Need For Speed and EA Sports Madden NFL 18, Fifa 18 and NBA Live 18. 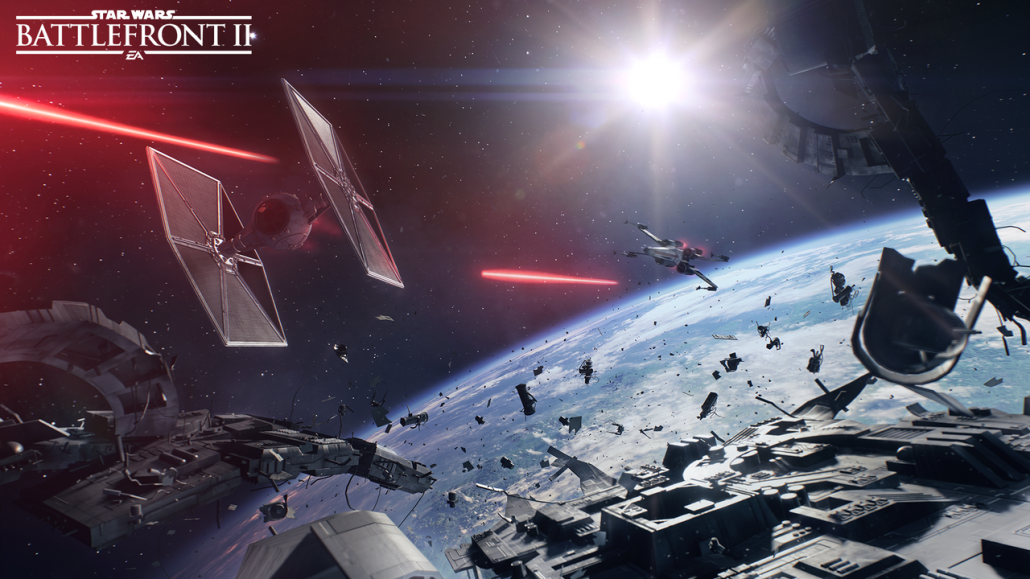 Ubisoft always holds its press conference on the Monday before the show doors open, and we see no reason why this year should be any different. Hopefully the headliner of its event will be a new Assassin’s Creed game, given that the company didn’t release any opus last year. On another level, Ubisoft will naturally come up with something to satisfy fans at E3. It’s not about Watch Dogs, whose second episode is still being powered. This means that no third opus is on the way (at least for the moment). So what could be better than a new Assassin’s Creed? This would confirm the latest rumors about the Origins title! Ubisoft has confirmed, via Twitter that three games will be showcased at E3 2017: Assassin’s Creed Origins, Far Cry 5 and The Crew 2! 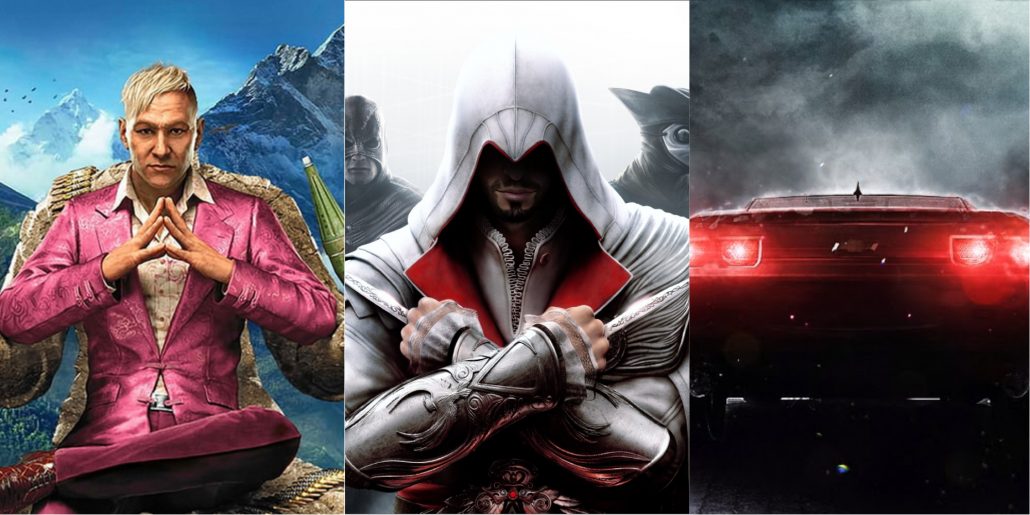 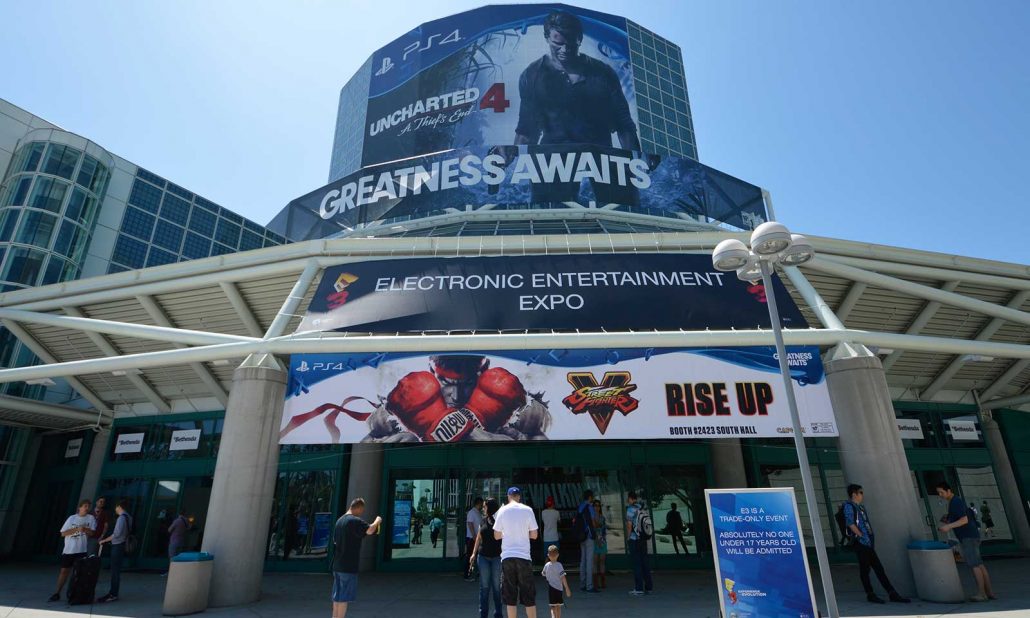 Activision chose to be fairly low-key at E3 2016, however, the publisher will have a particularly strong presence this year, with Destiny 2 and a return to World War II with Call of Duty: World War II. The remastered Crash Bandicoot N Sane Trilogy will also be revealed, given its release later in June.

Hundreds of publishers and developers showcase their products at E3 every year, and this year will be no exception. In addition to the big names listed above, many other game publishers and manufacturers will be present. So the other big firms we hope to see at E3: