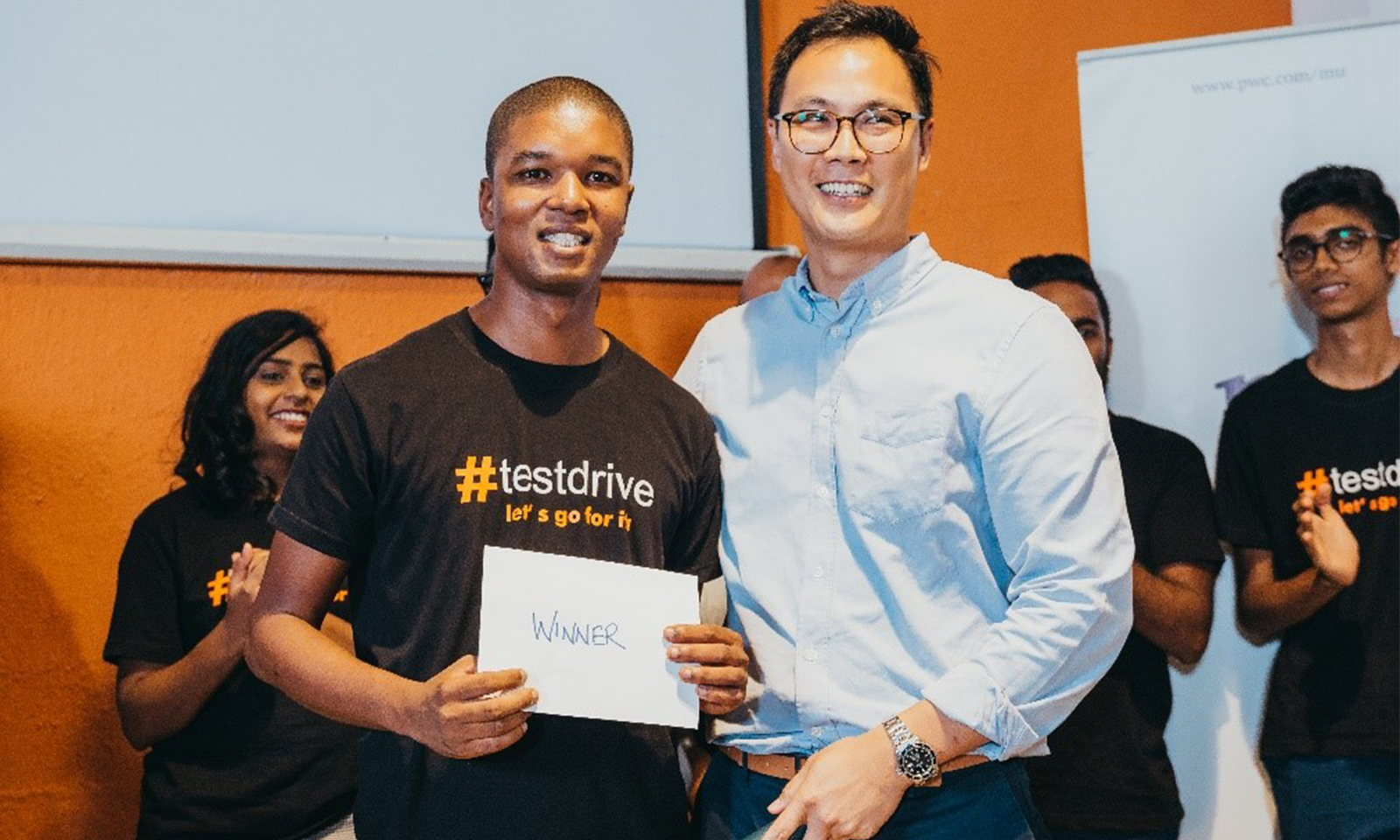 On Tuesday, March 19, the pitch session of Test Drive 2019, an initiative of the Turbine, an incubator of the ENL Group, was held. During this2nd edition, the competition was of a very high level with competitors presenting innovative and high potential projects. 19 entrepreneurs had a tough challenge to overcome: summarize their work in one minute while making it attractive and convincing to the jury. Rick Bonnier was the most successful at this game with his Clean Ocean project.

It was Clean Ocean that stood out during this new edition of the Turbine Test Drive. Its concept is innovative with an ecological approach. Indeed, it is capable of recovering plastic from the surface of the water or from the bottom of the sea or rivers thanks to sensors. Rick Bonnier, creator of this little technological jewel, was presented with a cheque for Rs 50,000 by Olivier Ma. The latter is a partner at PwC Mauritius and sponsor of this edition.

However, this was not an easy task and he had to battle with several of his colleagues. Indeed, the stage was very high! In addition to Clean Ocean, other contenders included Roomscout, Swap & Share, Parent Academy, E-sitters, Mod2vi, Soursop, Rwazi, MauProbleme, Momanzer, One Urban Garden, Get Famous, Vehicle Service Plan, Sweat and Laugh, Tablier/Sabliers, InTouch, Feelocal, HerDeals and Data Vector. 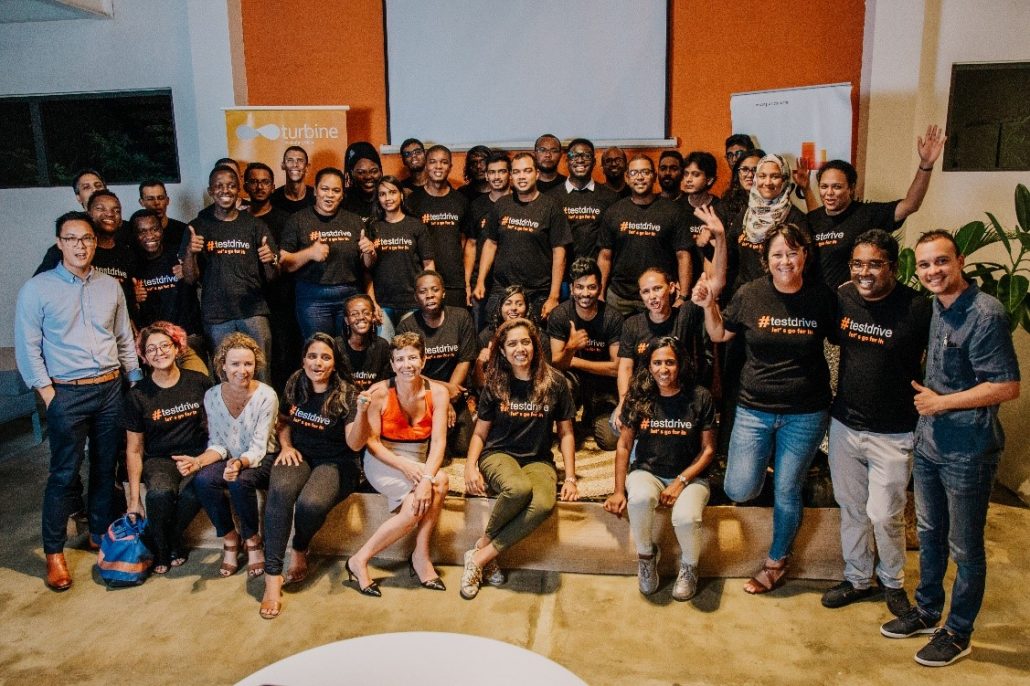 All the participants of the Pitch Day accompanied by the Turbine team and the members of the jury, namely Olivier Ma, Sarah Boulanger and Wesley Oxenham.

A launch and learning platform

“Test Drive is a great human adventure, but not the only one”, explains the winner. Indeed, he believes that it is also a great platform for launching and learning to better structure its business model. He also had the opportunity to meet and talk with people who are going through the same experiences as him. Rick Bonnier adds, “It’s comforting to know that I’m not the only one who wants to start my own business.

Improve your prototype with the funding received

The 2019 Test Drive winner, while proud to have won the top prize, admits it was quite stressful. He explained that it was mostly about the question and answer session with the jury, but that it was a good experience. As for the financial windfall he has just won, he is unanimous. The whole thing will go into improving his robot. Indeed, the young man explains that his prototype is still perfectible. Thus, the money will be used to equip it with a solar panel among other things, 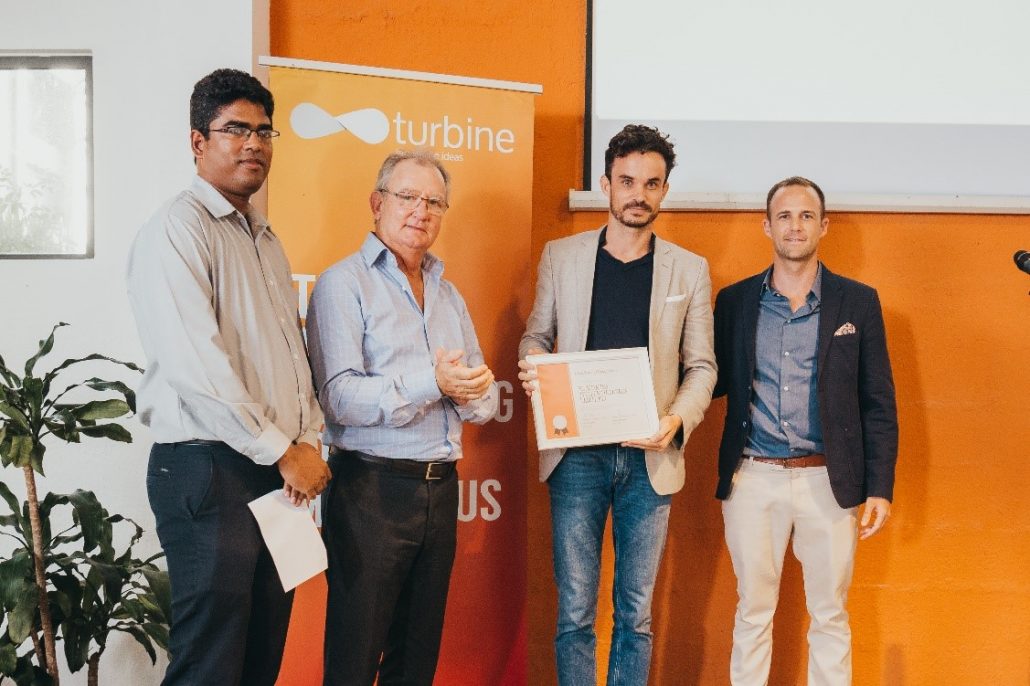 The trifecta of the 2019 Turbine Test Drive

Alongside Clean Ocean, startups Mod2vi and Roomscout completed the podium. We will certainly hear about them in the coming years. During this evening, there is also a ceremony to award certificates to 3 entrepreneurs. The latter have followed the Turbine’s incubation program. Fundkiss Technologies Limited, AVR Plate Technology Limited and Fancy Dreams Limited are the winners of the 2018 batch.