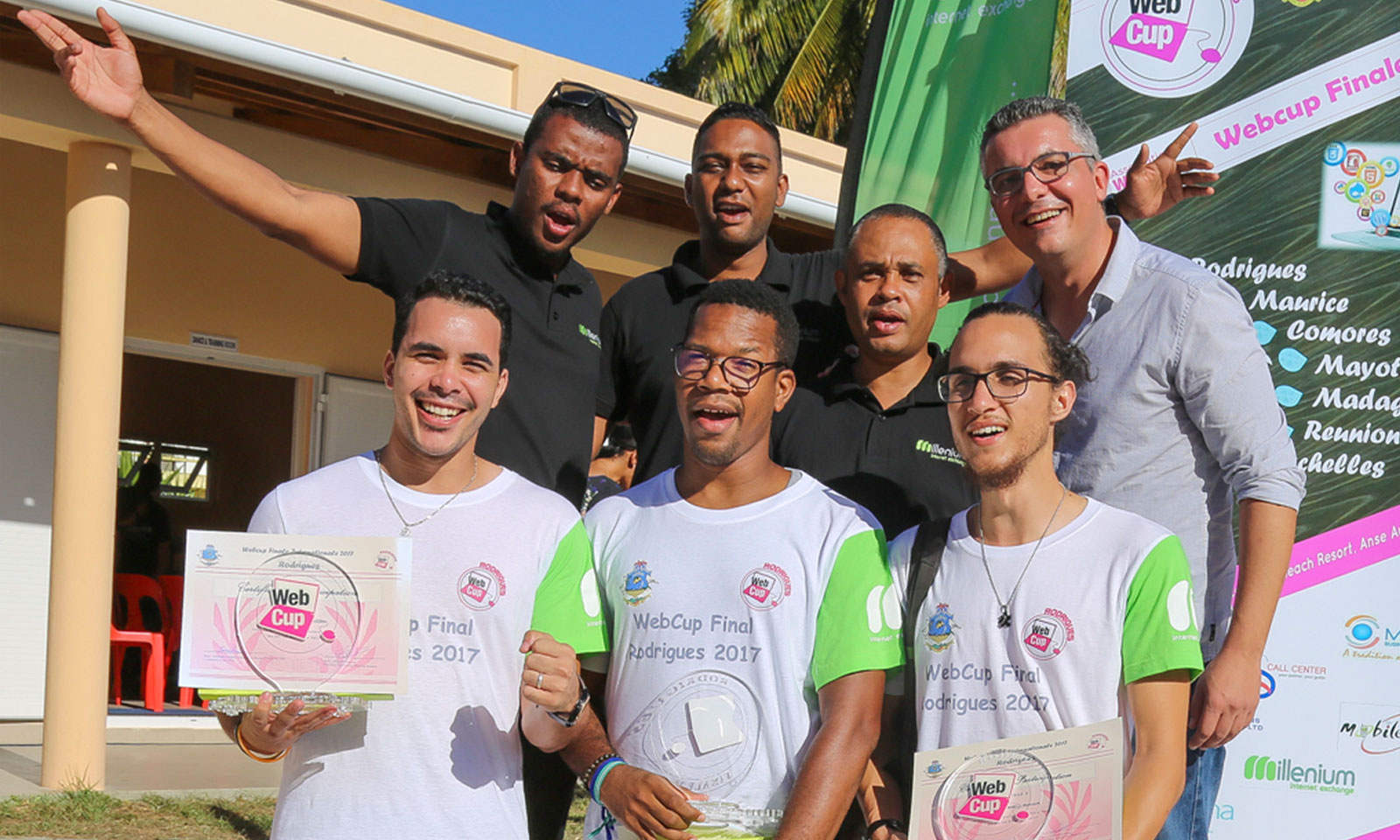 The 2017 International Webcup took place on November 25 and 26 on the island of Rodrigues. The Reunionese delegation won this new edition !

A competition, seven teams from the four corners of the Indian Ocean : Mauritius, Reunion, Rodrigues, Madagascar, Seychelles, Comoros, Mayotte. As in any competition, there must of course be a winner : it is therefore the Reunionese team that was crowned winner of this5th international edition of the Webcup, thus succeeding the Malagasy, winners of the 2016 edition.

The fun and educational competition, which was held during the weekend of 25 and 26 November in Rodrigues, revealed many talents in the field of the Internet and its multiple professions: project manager, designer, graphic artists, developers… Moreover, the work provided, in only 24 hours, was of an excellent level in the opinion of the jury and people who attended the presentations and followed the competition.

This competition between the islands of the Indian Ocean is in the continuity of the various regional editions, which were held last May in each participating territory. The topic of the international Webcup was the creation of a tool for geolocation of devices running on Android :

“Building on its success, Androidland, the giant amusement park populated by robotic animals and androids, is now present on the 7 islands of the Indian Ocean with a different universe for each. With the growing popularity, the number of robots needing repair has increased considerably. In order to optimize the interventions of the technical teams, the company decided to launch a call for tenders for the creation of an online administration platform for the androids. This tool will have to allow the geolocation of each android, the real-time monitoring of its general state and allow, in case of failure, to program an intervention of the maintenance team. If your project is chosen by the jury of experts, your platform will be deployed on all Androidland parks!” 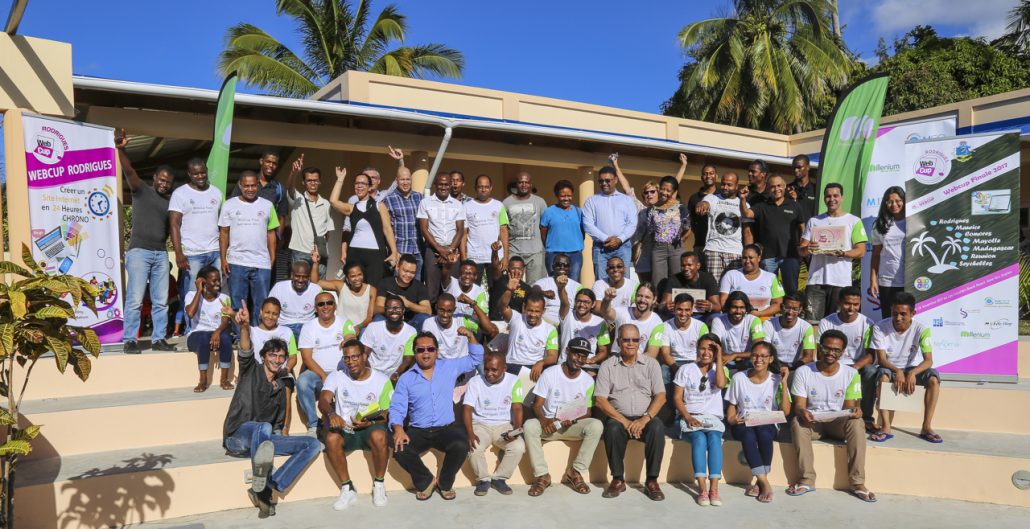 The topic was able to awaken creativity, team spirit, knowledge and cultural exchange among the seven finalist teams. So it was the Reunion team, composed of 3 participants who won the WebCup International 2017. Karl Coutenay, Killian Hoarau and David Tsivonoy returned home proud and very moved by this victory.

International WebCup, a competition that awakens the dynamism of the islands

The International Webcup, supported by the association WebCup Reunion, is a competition that challenges participants to create a website in 24 hours. This competition is one of the dynamic vectors of regional cooperation. It allows to reinforce from year to year the links between the actors of the ICT sector of the Indian Ocean islands.

As every year since 2013, the 2017 final of the International Webcup took place on the territories of an island participating in the regional selections. The first international final was held in Reunion, followed by Mauritius in 2014, Mayotte in 2015 and Comoros in 2016.

For this fifth edition, it was in Rodrigues that everyone met. The organization was handled by the Rodrigues Information Technology Association (RITA), with the support of the Rodrigues Regional Assembly. The latter was in charge of the organization as well as the reception of the participants and their delegations.