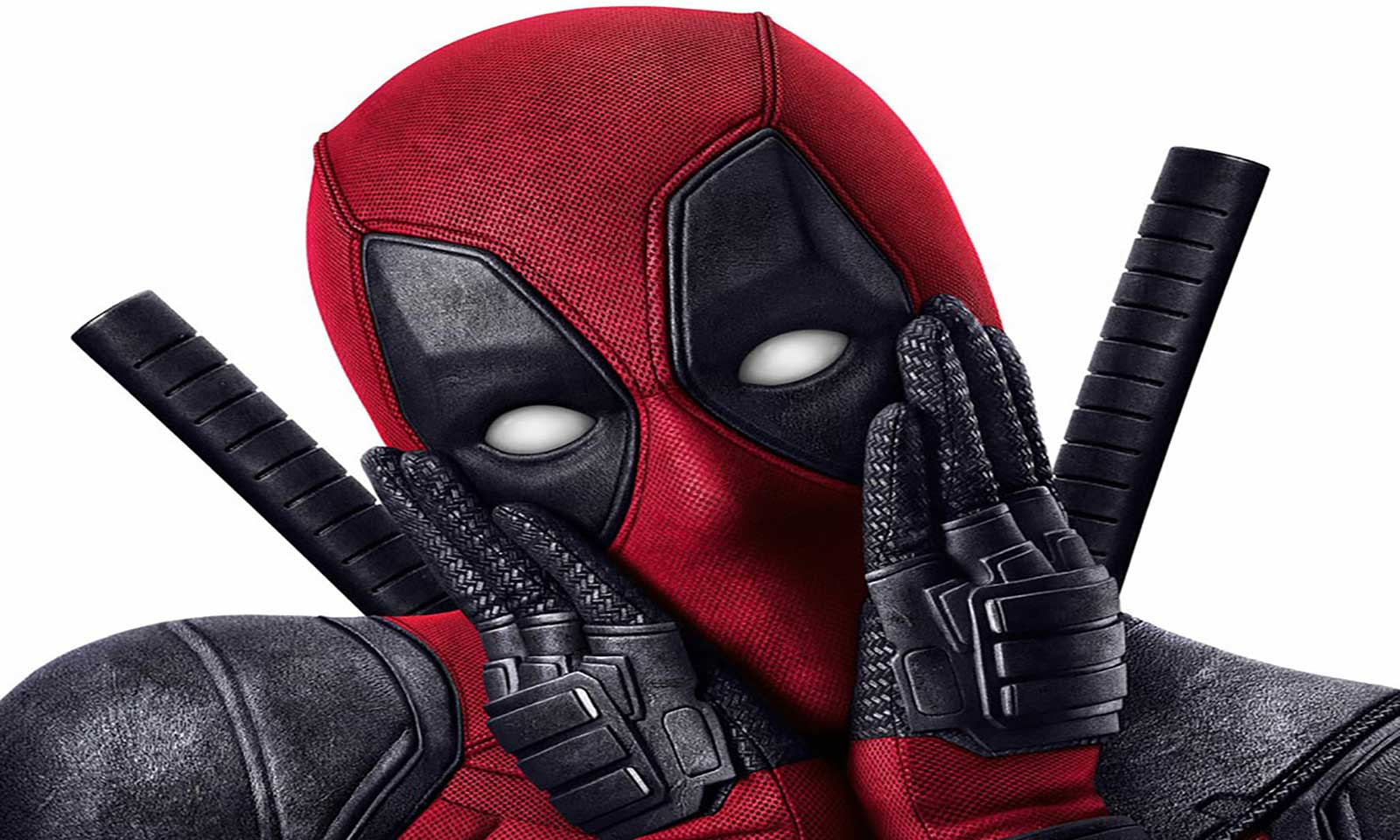 Can you feel that? Yes, Christmas is coming soon! So it’s time to find the perfect gift for your loved ones. If one of them is a fan of high-tech, but you still don’t have any gift ideas, I’ve put together a little list of ideas especially for geeks.

The Sony MPCL1 is one of the first projectors to use MicroVision’s promising laser projection process. The projection module uses 3 lasers, one for each RGB channel, as a light source, and a MEMS (micro-electromechanical system) mirror to scan the screen. It delivers a definition of 1920 x 720 pixels, with a 16:9 ratio. The pixels are indeed rectangular (and not square), so the resolution is better on one axis than on the other. The Sony MPCL1 is available for 16, 990rs (approx) from Galaxy, Cash & Carry, FastClick and Courts Mammoth among others. More details in store. 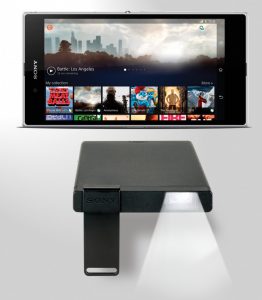 A VR Headset for geeks

Designed for the PC, you are entering the ultimate in virtual reality. Created in partnership with Valve, HTC’s Vive is a VR headset that offers a 360° visual experience that could not be more immersive. Equipped with a screen with a resolution of 2160 x 1200 pixels and wireless controllers, it immerses you completely in virtual environments. Indeed, no less than 32 sensors are integrated into the helmet, supported by the two laser stations to be placed in the room. The result: optimal motion tracking. HTC’s Vive is available at One.O.One Multimedia (Port-Louis) for RS 39, 900. More details in store. 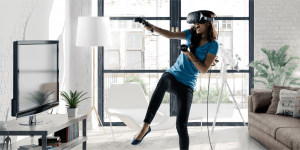 Compatible with the PS4 and PlayStation Camera, PS VR will allow you to play console games in a whole new way. Lightweight and adaptable to any head, the PS VR is equipped with an OLED screen that offers very smooth images for the best experience. Its accelerometer and gyrometer reproduce your movements in the games as if you were there without pause. Many games are already available: Batman Arkham VR, Resident Evil 7, Robinson to name a few. The Playstation VR is available at Media Space Co LTd (Rose-Hill) at RS 20, 300. More details in store. 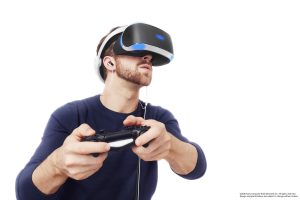 Compatible with the S6, S6 edge, S7, S7 edge and the Note 7, Samsung’s New Gear VR lets you enjoy virtual reality through your smartphone. Connect the New Gear VR to your mobile phone and you’re done! Here, the phone screen and a lens system allow for immersion. Wireless, you are free to move. The touch-sensitive control panel on the headset allows you to navigate through the menus and applications. This Vr headset is 3 790RS at Samsung Bagatelle. More details in store. 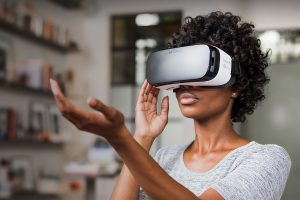 A real explosion of popularity in the Hi-Tech market not so long ago, drones are now used everywhere and for everything.

The DJI Inspire 2 drone is one of the end-of-year releases from the world leader in the segment. With its two on-board cameras, one for obstacle detection and the other for shooting, with a CineCore 2.0 system for processing large files and a capacity to film in 5.2K, it goes beyond the scope of a leisure drone. Capable of reaching 5000 meters of altitude, it was announced with a maximum speed of 108 km/h and a system of double battery, allowing him to continue to maneuver if one of the batteries fails. It is available at RS 294, 500 at One.O.One Multimedia. More details in store. 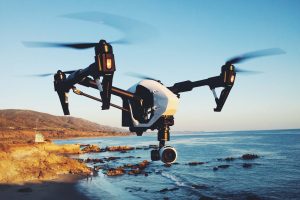 The PS4 Slim features a new, thinner and lighter design. This means it’s 1.7cm shorter and 1.4cm narrower than a PS4. Overall, the PS4 Slim offers two USB 3.0 ports, an HDMI port, a network jack, and an expansion port. This means the PS4 Slim is lighter, quieter and less power hungry. Count 14, 900rs for PS4 Slim 500GB at Courts and 17, 990rs + two games at some retailers. 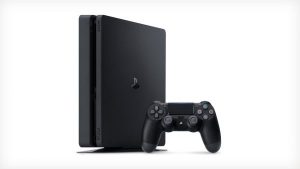 “Gyropode”, “electric skateboard”, “electric scooter” or “Hoverboard”, the device has not yet been named in the highly technical world of motorized smart wheels. The hoverboard generally requires only about ten minutes to get the hang of it. The device allows for indoor and outdoor travel at an average speed of 12km/h, compared to 5.5 km/h for a pedestrian. Available in several models, from 7 to 15 000rs. The 10 inch Wheels hoverboard is 15, 500rs at Media Space in Rose-hill. More details in store. 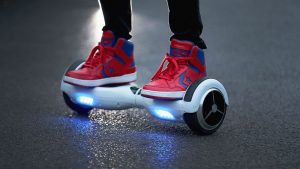 Designed to help us avoid missing a call, a message, an appointment or to easily control the main functions of our smartphones, connected watches can sometimes become indispensable. 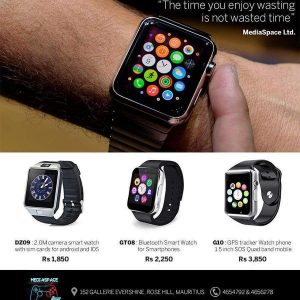 This racing wheel for PlayStation 3 and 4 is basic, but has vibrations for minimal feedback during the race. The front panel features the buttons of the PlayStation controllers, as well as a pseudo directional cross, actually taking the form of a disc in the center of the wheel. It is available at Media Space for 5, 200rs. More details in store. 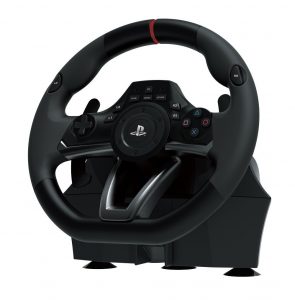 The PX24 opts for a 3.5 jack, which makes it compatible with any device. Thus, it is compatible with the platforms; PlayStation 4, Xbox One, PC, Mac and mobile/tablet devices. With a Superhuman Hearing audio preset, it allows geeks to hear their opponents before they even appear on screen. You can also adjust the microphone feedback to hear your own voice and avoid shouting. It also has a bass boost for more power in the low end. The Turtle Beach PX24 is 4, 200rs at Media Space. More details in store. 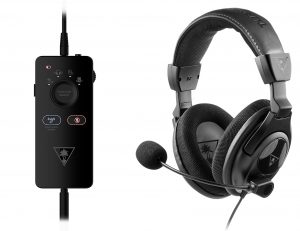