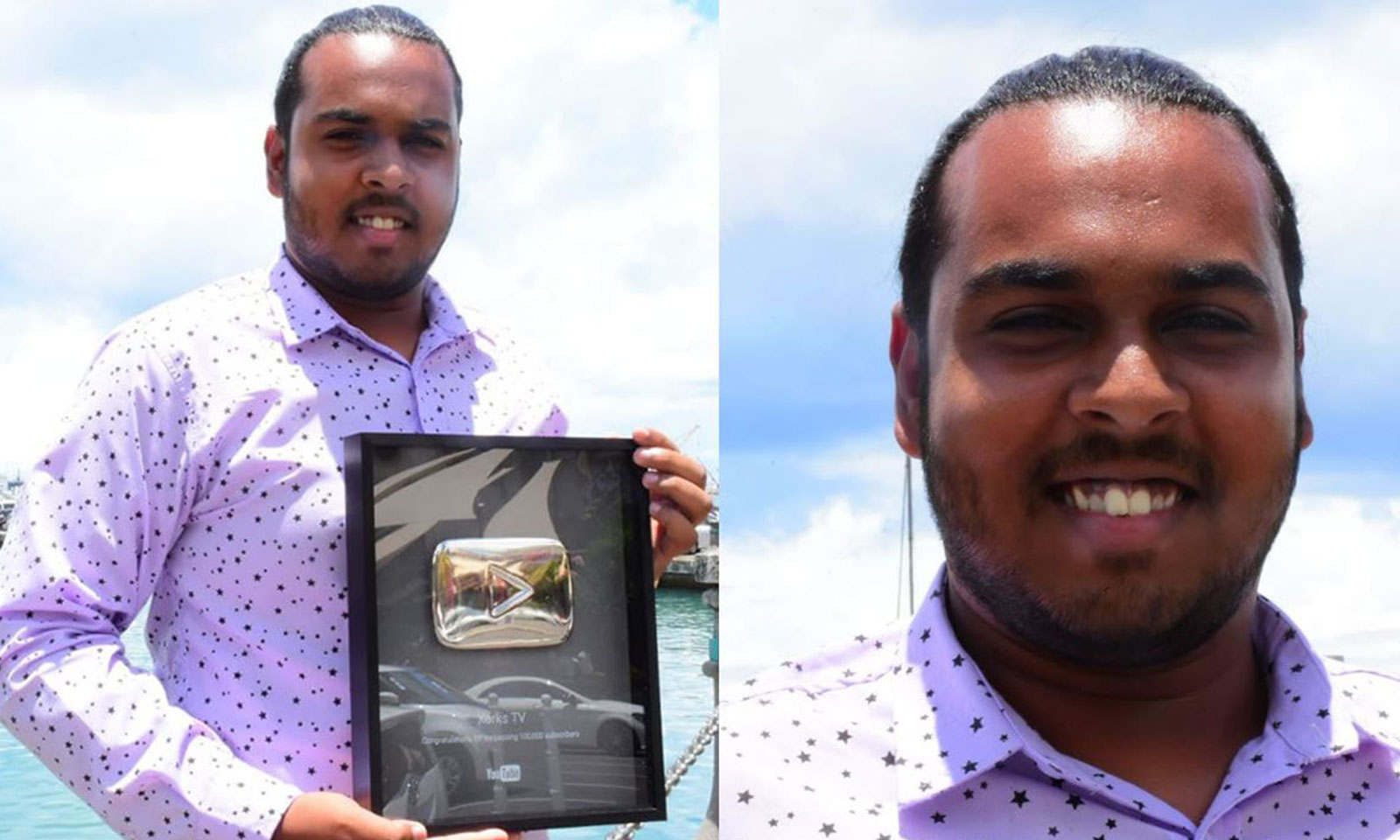 He is 19 years old and already has a silver trophy. This is Cevin Luchun, and he is behind the most followed YouTube channel in Mauritius: Xorks TV. She already has over 400,000 subscribers and her videos have reached 12 million views! Discover the YouTube channel of this young prodigy.

It’s not always easy to find the “million dollar idea”, the one that pays off for the person who finds it, because no one had thought of it before. However, Cevin Luchun is one of those lucky kids who is already a household name at just 19 years of age. And that’s thanks to an idea of genius. Indeed, by launching a platform on YouTube for local and international DJs, he has found the right thread. And that’s no small feat, because in addition to the YouTube Silver Play Button, his channel has already earned him up to Rs 10,000 minimum.

However, it is not easy money either. There is obviously a lot of work behind it. According to Cevin Luchun “it was a collective effort with several other DJs. I received encouragement from many local DJs, such as Nick Williams, Dark, Ash and Nicolius.” Yes, it’s not that easy to become famous before you’re 20. Regularity is the key word, especially when it comes to social networks. In this constantly changing world where new things are being created, it is important to ensure that you have interesting and relevant content. The young man explains that “posting videos every day, creating appointments with subscribers.”

Cevin Luchun started his YouTube channel when he was only 14-15 years old. In the first year, his channel had about 10,000 subscribers. Today, Xorks TV has reached an international dimension thanks to its millions of views and some 400,000 subscribers. The compositions present on the channel are taken up at parties in Mauritius as well as abroad. Moreover, the young Youtuber didn’t realize his success right away. It was his friends who informed him. Moreover, his subscribers come from all over the world, in addition to his local fans. By comparison, media channels in Mauritius struggle to reach 100,000 subscribers on YouTube. Cevin Luchun has already passed the 400,000 mark.

It was the very famous song Bum Bum Tam Tam that would bring him fame on June 30, 2017. The remixed version by Dutch DJ Yuri Lorenzo broke all records with 12 million views. A real achievement for the young Mauritian. In addition, Xorks TV is now one of the most listened to local music channels on YouTube. Not surprising when you consider that several of his videos have exceeded 3 million views. The young music lover confides that “it was with the breakthrough of Latin dances that Xorks TV became successful in Europe. In France, the Netherlands, moombahton, trap or afro music was gaining ground.”

After the success of his first channel, Cevin Luchun launches Xorks TV 2. Solicited by a large number of amateur DJs for a feature, the young Mauritian decided to open a second YouTube channel to meet the demand. It is dedicated exclusively to emerging talent. And this one is no exception, with 197,000 registrants. Xorks TV 2 is managed by Yeshveer Ballchand, a friend of Cevin Luchun.

Youtuber: a job with a future?

Today, you don’t have to be a music producer to receive soundtracks. Indeed, Cevin Luchun receives no less than 30 per day, from DJs known or not in Mauritius. He feels that this is an opportunity for him to give them a boost. Is this a full-time job? In any case, he had that in 2017 and 2018, he was able to live exclusively on his YouTube income, without having to get a job during the holidays. Indeed, he received up to Rs 10,000 minimum at a time, which is not bad at all for a student. Today, he fills stadiums at Xorks TV festivals and is the first Mauritian ever to receive the YouTube Silver Play Button.