Andrew Verriere, better known as Dj Prince V in Mauritius, invites us for a journey through the world of music. The appointment was given since mid-December to dive into the heart of his webradio, appropriately named DREAMSKY. Meet with us this music lover and his team…

Have you, like us, heard that a Mauritian web radio station has been pouring out wild notes since mid-December on the net? Eager for news and titillated by curiosity, The Editor made a small tour on the web to find, oh surprise, DREAMSKY. If you didn’t know it yet, it’s simply … the first Mauritian music webradio! To find out more about what’s behind this webradio, we went to meet the creator of DREAMSKY, Andrew Verrière.

Andrew Verriere, aka DJ Prince V, has set up his studio in a wing of his home, where he welcomed us for an interview. It must be said that we arrived at the right time: Andrew Verriere, accompanied by host Martine Fong, was about to launch the early evening show. Impressive professional equipment, computers connected, microphones plugged in, we were in the front row to discover the functioning of DREAMSKY, the first webradio of the island. Andrew told us that this project started with his brother in 2010… 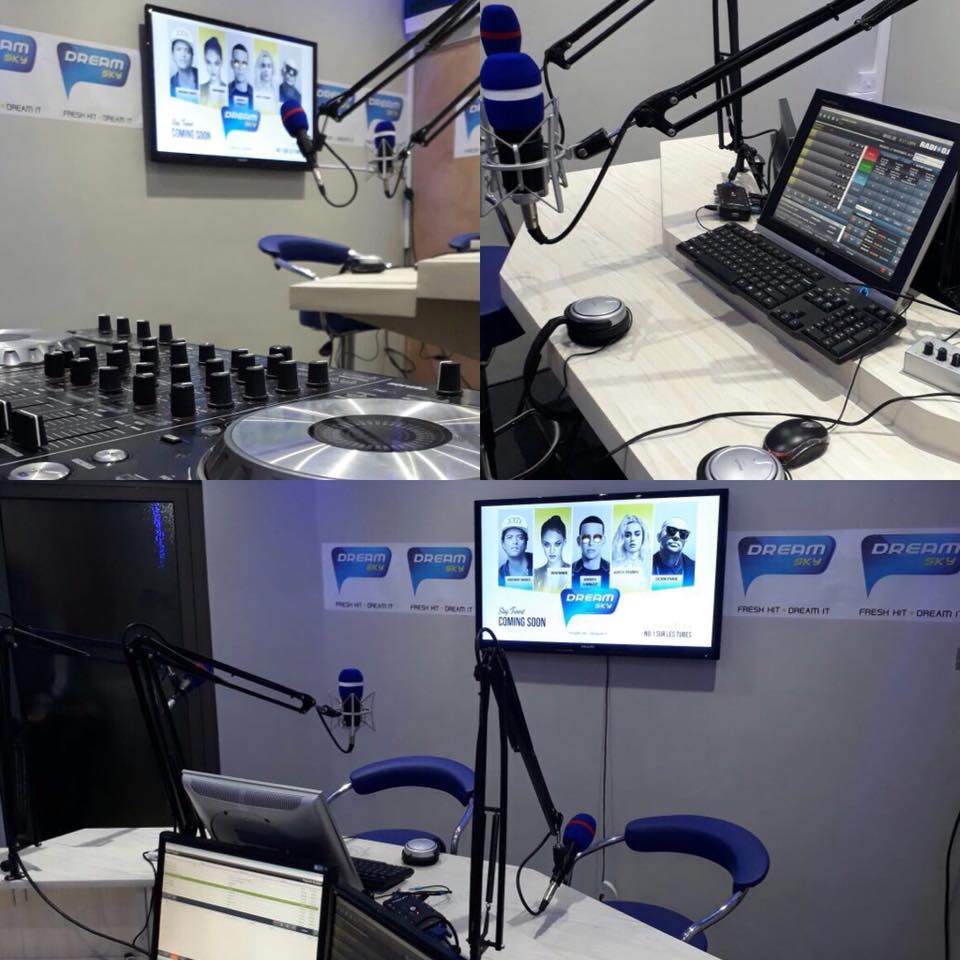 DREAMSKY was relaunched in mid-December. Where did the idea of creating a web radio come from?

DreamSky was first launched in December 2010 with my brother, and continued in 2011 and 2012. After that I stopped, because unfortunately my brother passed away and I took a little break. It wasn’t until mid-December 2017 that we re-launched it!

It is with the desire to bring something different that we wanted to launch a web radio, a concept still unknown in Mauritius, different from FM or private radios. The programming of our web radio is different: we offer content that reflects our own style.

You are a DJ by profession, was this passion for music, and therefore the launch of a web radio, an obvious choice for you?

Since I was a child, I listened to all the radio stations, whether they were in Reunion, Mauritius or France. I always wanted to work in a radio station and in 2002 I took my first steps at Radio One where I stayed for 10 years as a music programmer. At the same time, web radio was making progress in France and the United States. Around the years 2008 – 2009, I started to learn about webradios, their technical functioning for a good listening without interruption. But in 2010, when we launched the web radio, the internet connection in Mauritius was very limited. And I was already very early, so some listeners could connect and others could not. 2017 was the right time to relaunch radio with fiber optics. 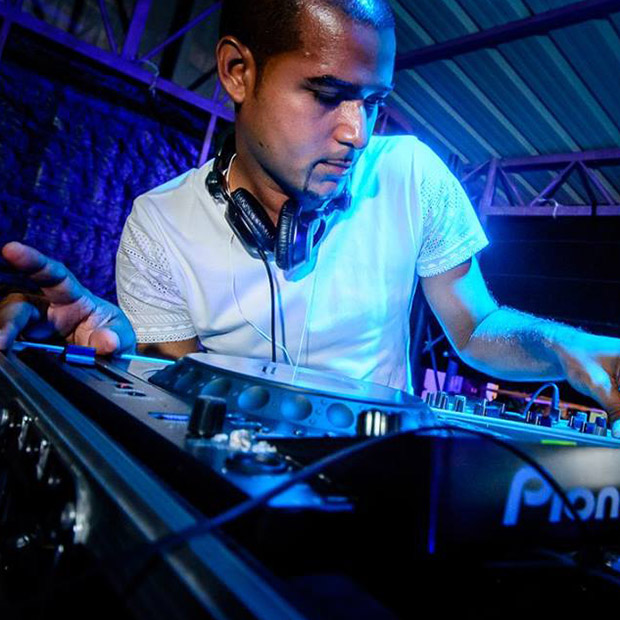 As you have pointed out, the concept of web radio in Mauritius is still unknown. Aren’t you afraid of being squeezed out by the so-called traditional radio stations?

Not really, because I know that with time it will evolve. Nowadays, the public, especially the new generation, is very much into new technology, they are very connected. Everything is done in one click! Private radio stations are also on the net. So I think by 2018-2019, web radio will be a bit more popular in Mauritius. In the United States, the concept of web radio began 15 years ago and is still growing. The statistics on the progression of web radios, whether in France or in America, are constantly climbing. It is true that in Mauritius the concept is new, but I am convinced that it will also progress here. Web radio is the radio of the future!

Now that there is DreamSky, other radio stations may come. We have launched the first one and I remain very confident that the web radio will soar.

What do you propose to listeners to make them “abandon” traditional radio stations?

The concept of DreamSky : it’s to ignore news, politics and instead, good music. It is a counter-programming of the traditional radio schedule that we offer to listeners. It’s more fun shows, more music that invites the public to have a good time and relax. We are also preparing new shows that we will unveil in early 2018. Get ready, come back to school 2018, something heavy is waiting for our listeners on DreamSky!

All our programming has been well calculated in comparison with what other radio stations offer. We have a clear vision of what we want and we will work with that.

A passionate and dynamic team

It is surrounded by a great team that Andrew will offer new products to DreamSky listeners. Martine Fong, a figure of the national audiovisual world, is part of this radio adventure!

“I started my career as a weather girl at MBC and one thing led to another and I worked in advertising, anything to do with animation and commercial production: always in broadcasting and communication. Then I joined Andrew at DreamSky. Why did he do that? Because web radio is a new concept that people are not yet familiar with, so we need to educate them about it. Young people know the concept because they are on the web, especially with Tuning. We want to inculcate a new way of listening to the radio. And because of this we are targeting a specific audience which is more of a young audience. Here, we are targeting a niche market: young people and all internet addicts”.

You will have understood that you will have the opportunity to hear the beautiful voice of our former weather girl on the radio. Another well-known Canadian host, Brandon Spinelly, will be part of this team that promises to take us on a journey through the airwaves.

Andrew is still keeping a lid on the talent he has recruited to shake up the radio schedule, a real call to stay tuned!

A counter-programming that will get things moving!

“We want to bring freshness, we don’t want politics, which we leave to FM radio stations. We want to be a radio that offers entertainment, something fresh and that people can enjoy. At certain times we will be playing Andrew and other DJs’ mixes, at other times listeners will be treated to fun, crazy moments with Brandon and with me, it will be “fresh hits”. We know exactly what we want, we have a line of conduct that we follow and we are not interested in copying others,” says Martine.

Good mood, freshness and above all good music, that’s what’s waiting for you on DREAMSKY. So get connected and move to the rhythm of the music!