Reunion Island is organizing a national event from March 7 to 14. Social Good Week aims to give a voice to a more human and inclusive web. Incursion in this event in which Digital Réunion participates for the first time!

Have you ever wondered what new technologies are really for? Not really, if ever, right? This is a question we should all be asking ourselves! What if new technologies did not only serve the interest of some big web companies? What if the web was not just collecting data on citizens? What if it was really put at the service of humans? While these are legitimate questions, we must also remember that we can use the evolution of technology wisely.

Mission impossible or not? The answer is positive, because far from the 2.0 of the Silicon Valley, alternatives are emerging and making things happen. To whom do we owe these alternatives? Associations, entrepreneurs, collectives. And what project do they all have in common? Giving voice to a social and inclusive web: a digital world capable of bringing technology within the reach of all. They are the Wikipedia of tomorrow, they are the next generation of a vision of a free Internet, belonging to everyone, a tool for the cause, not a cause for the tool. 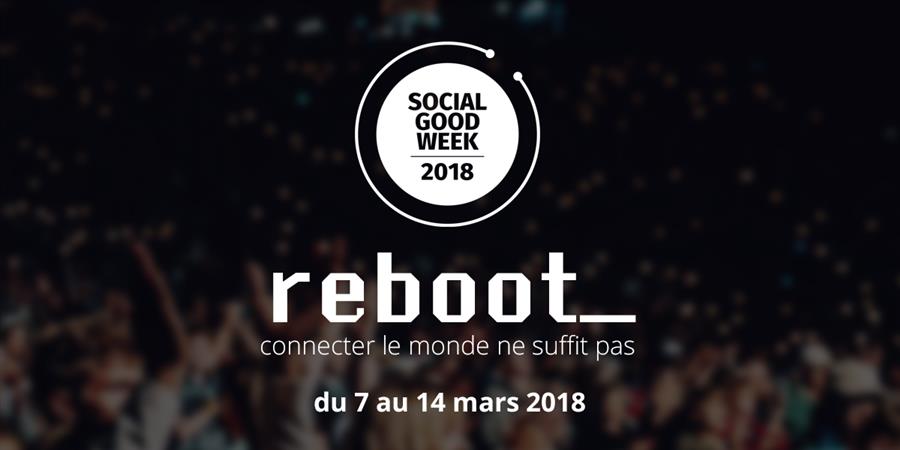 This is what Social Good Week is all about! This national event aims to give the web a more human and social dimension. Giving a voice to a more human and inclusive web, i.e. the one of project leaders who use digital technology to serve the general interest. Each year, Social Good Week brings them together and makes their approach known to the general public through hundreds of events throughout France.

The aim is to get people to think about the use of the internet and new technologies: how to use the internet well, whose services such as social networks tend to divide people, making some users addicted to it and isolate themselves from the real world. Ironic, you may say, that we want to make the web more social. That’s why it’s time to think about how to make the new technology more social.

This week’s programme on the sister island

Sister Island has been hosting this Social Good Week since March 7, and the event will continue until March 14. A whole program has been put in place to make this week a great success. The opening of Social Good Week in La Reunion on March 7 was marked by a special French Tech members’ forum at the Transfo in Saint-Pierre. The day continued on March 8 with the Digital Caravan, stationed at the Stella high school in Saint-Leu.

Today, March 9, the Social Good week puts forward crossed glances on “Technology at the service of the social link”, in Epitech (Saint-André). This workshop, on the day after International Women’s Day, will see the participation of female entrepreneurs and innovators who will explain, through their experiences, how technology can be put at the service of social ties. Among the participating entrepreneurs, let’s mention Mireille HELOU (Orange) and Caroline LOPEZ (Story Enjoy), who joined forces for a presentation on the theme “A large group and a startup, common concerns: When the digital serves Man and his well-being”. Orange and Story Enjoy will present their partnership, born from the conviction that “technological innovation only makes sense if it serves people.

Émilie LINKWANG, Director of Epitech, will also speak on the theme of “IT as a social lift”. The presentation will end with Priscilla DIJOUX, founder of Cyberun, on the theme of “digital technology for local development”.

This will be followed on Saturday 10 March by an open day, again at Epitech, with a conference on the theme of “Computing, the answer to many societal challenges”. Young high school students will be able to take part in an innovation workshop, also at Epitech, in partnership with Orange, on the theme “Improving the world with connected objects”, on 12, 13 and 14 March. On the last day of this Social Good Week, a special Members’ Forum will be held at the Mercure Créolia in Saint-Denis.

Be aware of the benefits of using a web at the service of the human being to move the whole society towards a technology capable of helping the development of the other.