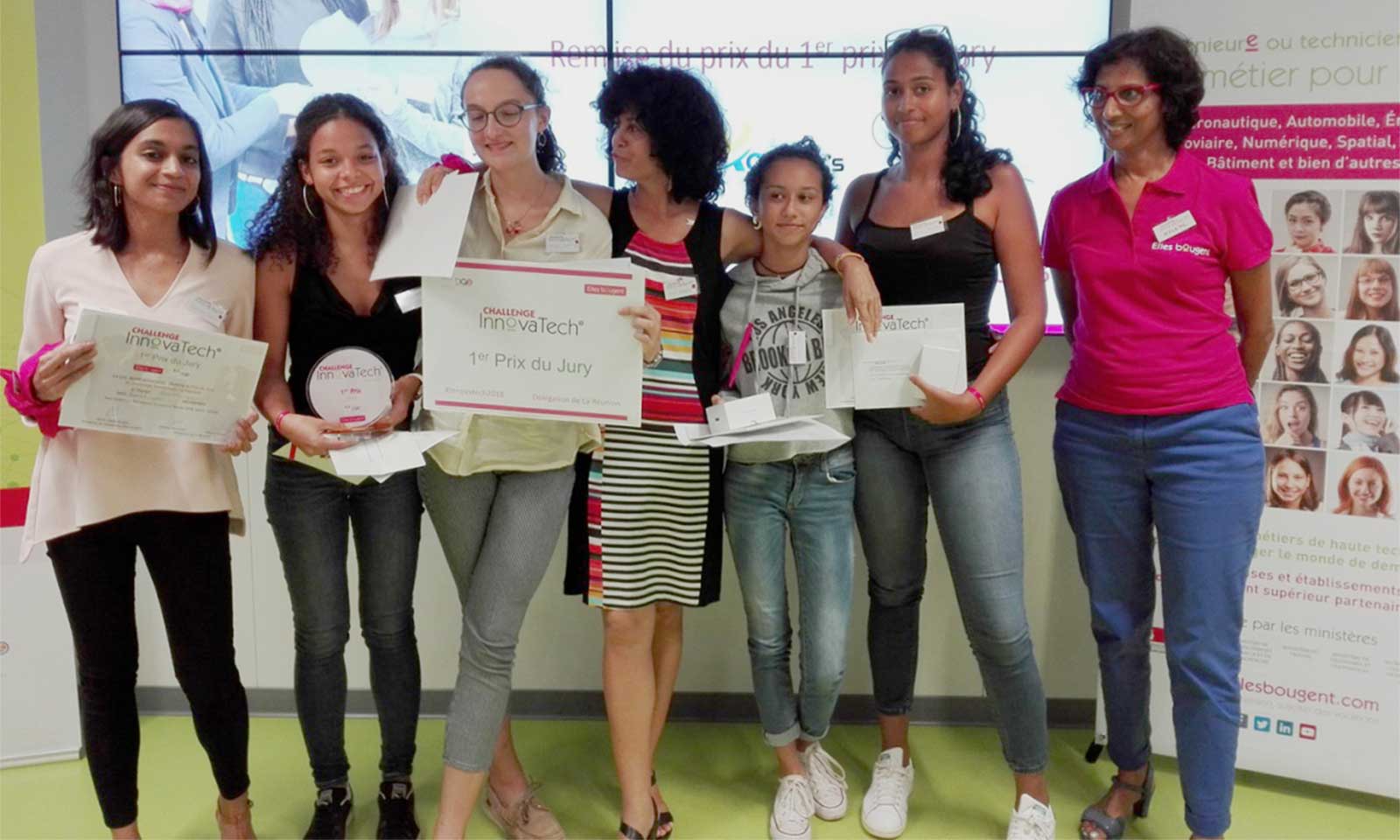 On this March 8, 2018, International Women’s Day, let’s talk about InnovaTech, a women’s competition that showcases the creativity and innovation demonstrated by the participating teams. Incursion in this event which awarded the project of the connected worm…

On Tuesday, February 27, Reunion Island hosted a colorful challenge, called InnovaTech, and organized by “Elles Bougent”, an association that operates in the field of industry and technology. This competition invited women (high school students, college students or women engineers) to form 6 teams. They all met at the Village by CA to participate and experience this competition, which was entirely dedicated to innovation and creativity.

Placed under the high patronage of the Ministry of Economy and Finance, with the support of the DGE (General Directorate of Enterprises), Innovatech of “Elles Bougent” has been bringing together intergenerational teams since 2016, made up of high school girls, female students and their sponsors, women engineers and technicians. For one day, they have to design together an innovative project related to the connected industry and present it in the form of a pitch to a jury. The best team in each regional challenge wins a place in the national final, which will take place during Industry Week.

The connected worm project is a big winner

Of the 6 teams formed and their equally innovative projects, “The Connected Worm” took first place. This project aims to optimize the cultivation of edible plants, thanks to micro-sensors whose movement and shape are inspired by our friends the earthworm.

We owe this highly innovative project to : Clara and Claire, high school students at the Lycée Amiral Bouvet – Margot and Channya, students in preparatory classes at the Lycée Lislet Geoffroy – Chamilah, Orange sponsor, and Reine-Josie, teacher sponsor. The “connected worm” will represent Reunion Island on March 30, at the InnovaTech finals 2017-2018 edition, which will take place in Bercy, France. 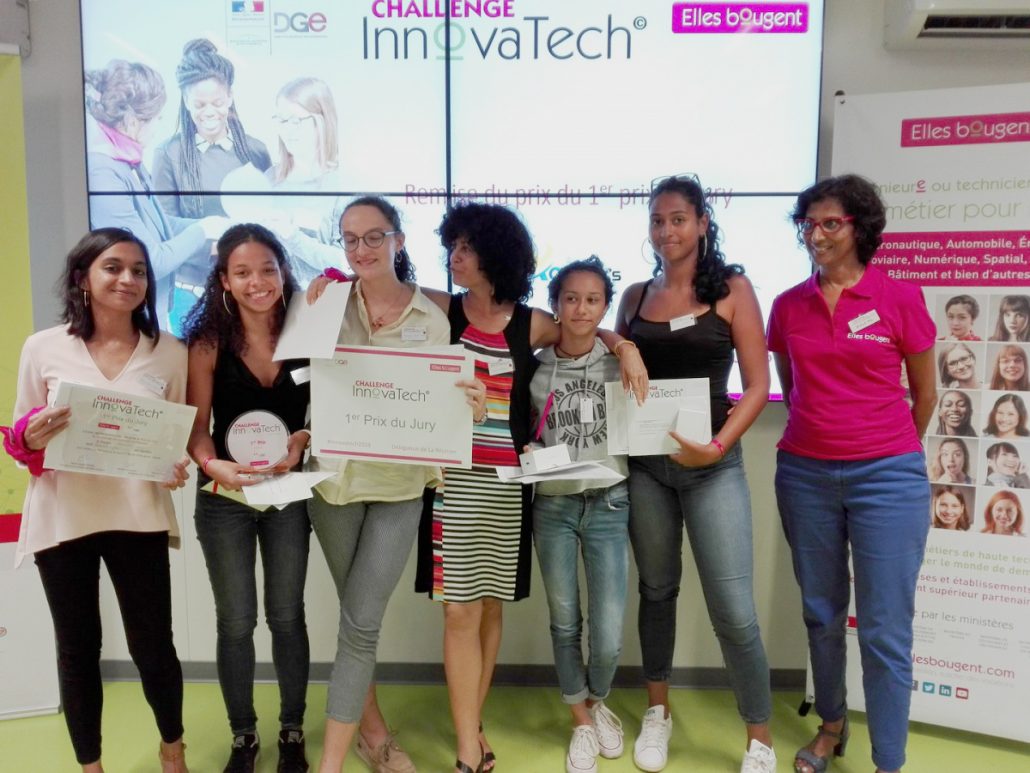 The winners will fly to the French capital in a month’s time and will represent Reunion alongside the 13 other finalist regions. In addition to their trip to France, the winners also received a connected watch, offered by Atout PC’s, sponsor of the challenge.

The other equally deserving projects

A challenge, a winner! However, the other projects have as much merit as the finalists. Two other projects stood out thanks to their quality and innovative nature. Let’s mention “Tang’y court”, composed of Maelys, Maria and Maeva from the Lycée Pierre Lagourgue – Sabrina and Anais from the IUT of Saint Pierre and Terre Sainte – Laetitia, sponsor of the University of Reunion – Alice, sponsor Total. The latter designed the connected and intelligent sole project that earned them the delegation’s special prize. They left with screens donated by OCII, another sponsor.

The “Key Share” team, made up of Anna and Louna from Bellepierre High School – Coline, Aurélie and Maeva, students in preparatory classes at the Lislet Geoffroy High School – Agnès, teacher sponsor – Moea, Immersive Ways sponsor, won the Public’s Favourite award, thanks to their project of a connected key that facilitates carpooling! This is a great way to fight traffic jams and avoid pollution. They all received a gift of speakers from the Lycée de Bel Air and a book from Sciences Réunion. 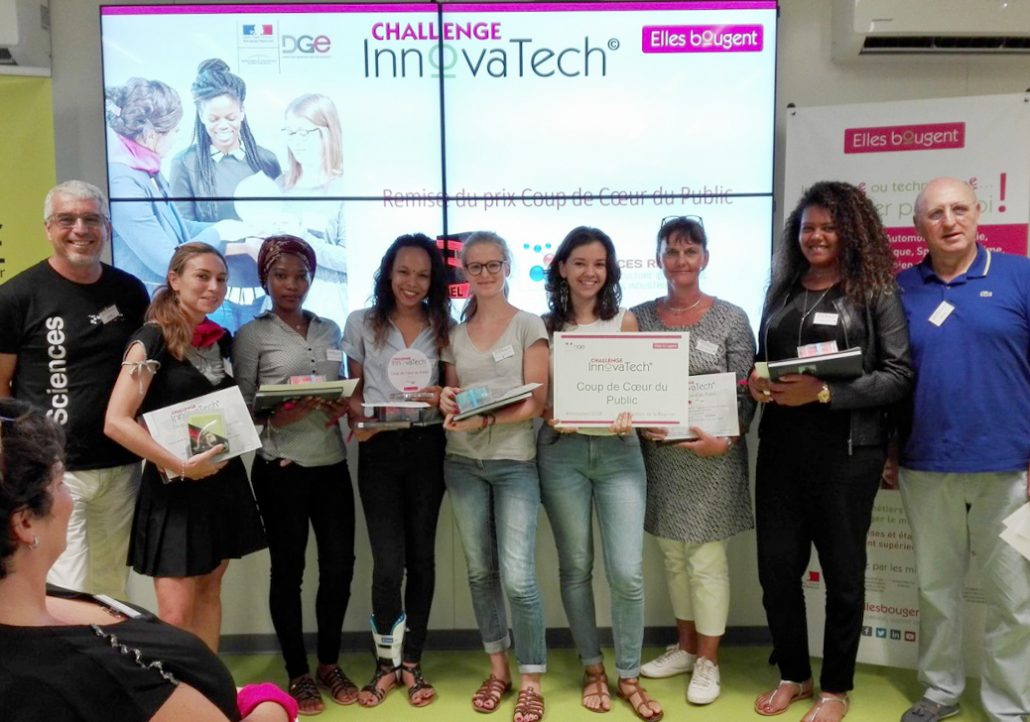 Focus on the association “Elles Bougent

“Elles Bougent” is an association that has been in existence for over 10 years. It works to introduce middle and high school girls to the exciting careers of female engineers and technicians in all industrial and technological sectors where there is a shortage of female talent, including the automotive, aerospace, energy, rail, maritime, digital and construction sectors. At the head of this association, we find Marie-Sophie Pawlak, president and founder. Alongside him, Philippe Bonnave, CEO of Bouygues Construction, is working as the association’s honorary president.

The association is sponsored by 5 ministries, brings together 18 regional delegations, 130 corporate partners and higher education institutions, a club of colleges and high schools and 3,500 female sponsors. Finally, it has had a delegation in Reunion since 2017.