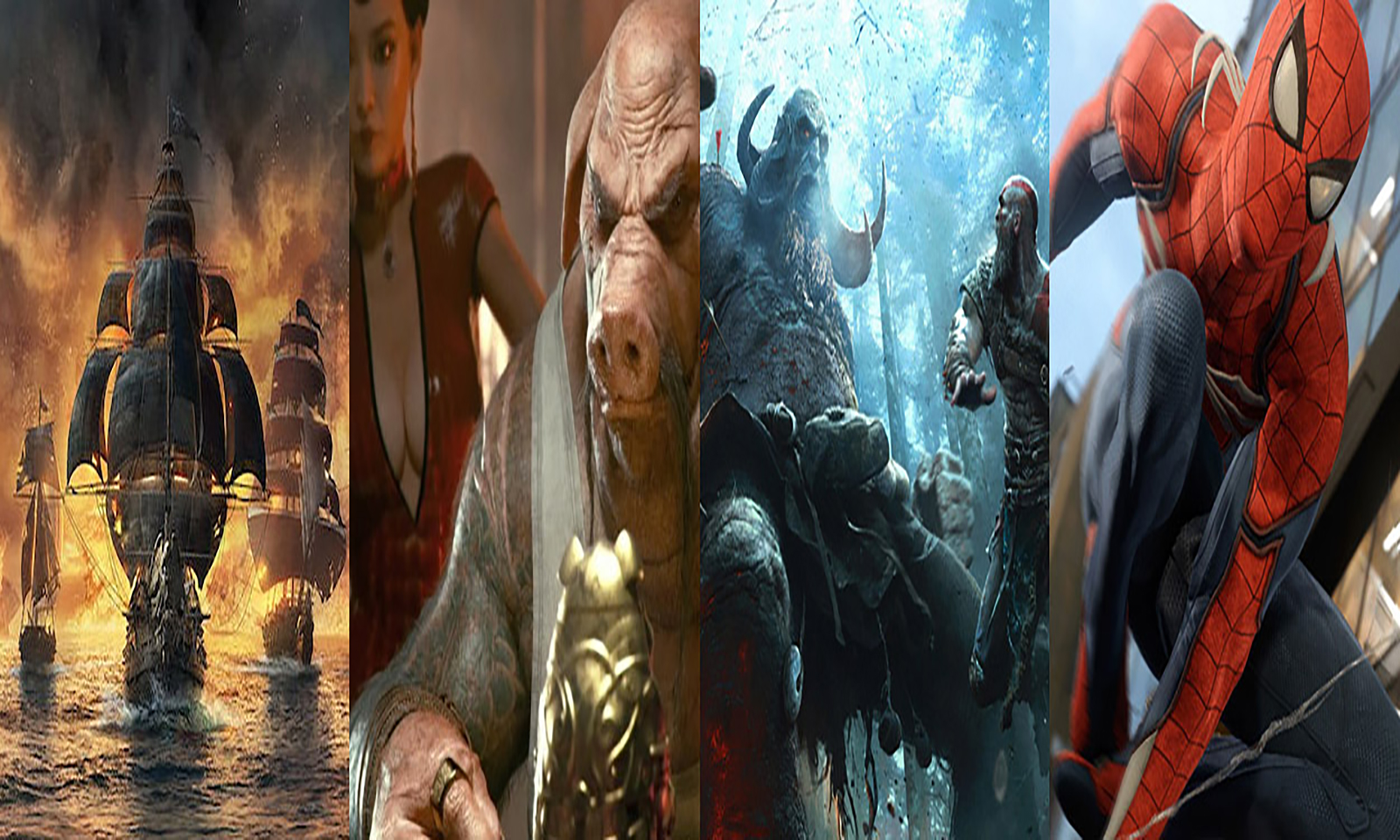 E3 2017 has closed its doors, but the hype is just beginning. While we weren’t able to make it to Los Angeles to cover the show, we’re still going to share the highlights, big announcements, and best trailers for upcoming big video game titles with you.

The first real images of BioWare’s latest franchise, Anthem, were revealed at the Microsoft press conference.

Atnhem feels like BioWare’s answer to Destiny, offering a participatory online experience in a sci-fi/fantasy world, with some pretty cool amures, lots of shooting, and probably a lot of “loot” to be found too. The game is still keeping some secrets, but the images presented were quite spectacular, so we don’t need more to be convinced of its potential.

New console, new game. Mario’s hat has become magical, and Cappy (as he’s known) can give Mario control over other things, whether it’s a normal-sized human being, a huge T-Rex, a rocket, a car, or an energy ball. This new feature completely transforms the gaming experience. Even better, the worlds are extremely diverse, including the marriage between Bowser and Koopa that Mario must break up, as well as other wacky adventures.

Nintendo has finally proven that the wait was worth it, as Super Mario Odyssey breathes new life into the most famous plumber in video game history. It would be a shame to miss this one if you have a Switch.

Ready to be seduced by Star Wars again? The upcoming Star Wars: The Last Jedi is particularly promising, but EA will really get the ball rolling with Battlefront II.

Bigger and presumably better than the original, Battlefront II’s big addition is the single-player campaign of an Imperial commander, and the story is set between Return of the Jedi and The Force Awakens. Add to that epic online battles spanning the saga’s three stories and more space content… we’re more than eager to blow up this galaxy far, far away.

That’s right! EA has announced that all post-launch content (including maps, modes and new heroes) will be completely free. It’s a big change from the previous game, and we’ll first see content from The Last Jedi, where the characters of Finn and Captain Phasma will be playable.

Microsoft’s E3 demo is dazzling, if very familiar: the simulation approach of the series remains intact with over 700 cars promised, as well as gameplay that’s smoother and livelier than ever.

Platform : Xbox One, Xbox One X.

The Spider-Man: Homecoming movie will arrive in theaters next month, focusing more on Spider-Man in the MCU. Unfortunately, we’ll have to wait until next year to get our hands on this new Spiderman game, but at least the first gameplay trailer at Sony’s conference was particularly enjoyable.

Will he play as well as he looks? Well, that remains to be seen. At least, this first glimpse has definitely made our mouths water.

A Way Out is a real surprise at E3, looking incredibly original and deeply captivating. This cooperative prison break game is to be played with a partner, on a split-screen interface, whether you’re sitting together on the couch or playing online, with each player often taking on a different role to help your duo survive behind bars or outside.

A successful mix between Uncharted and The Shawshank Redemption, the game already seems to be the favorite of this E3 2017. Moreover, the director of Brothers: A Tale of Two Sons, signs one of the most convincing cooperative experiences of the last few years, so it’s not a surprise.

Even though Kratos has taken a few years off, the legendary warrior has never been as good as in this God of War reboot. As we saw last year, God of War presents a new perspective on gameplay. The character must protect and train his son as he fights the usual array of massive monsters with epic fury. The game looks to be just as impressive as its predecessors, if not more so.

After a well-deserved (and necessary) year away, Ubisoft’s historical action giant is back with Assassin’s Creed Origins, offering a new starting point.

Set in ancient Egypt, a time before those offered in previous games, Origins highlights the beginning of the Assassin order. You’ll take on the role of Bayek, as well as his companion, an eagle named Senu, in an open world game that retains much of the formula of exploration, combat and stealth. However, Game Informer suggests that there are more role-playing elements, with a new focus on the various loots. To be continued.

Beyond Good and Evil 2

Nearly a decade after announcing the development of Beyond Good and Evil 2, Ubisoft made a big reappearance at the company’s press conference.

Designated as both a spiritual successor and a prequel to the 2003 original, Beyond Good and Evil 2 shakes up the look and tone of the original adventure considerably, taking on a Luc Besson / The 5th Element aesthetic. Ultimately, we don’t learn much about the game itself, which makes sense, given that there’s no specific release date or platform announced. Anyway, we know it’s in development and hope we don’t have to wait several years before we can play it.

After the disappointing Need for Speed 2015, we expected Payback to be a very different new entry in the Need For Speed series.

Need speed? Payback is EA’s attempt to bring a Fast & Furious style to the franchise, with a great narrative campaign and action sequences, not to mention an array of vehicles at our disposal. This franchise has certainly had its ups and downs, but we’re optimistic about the potential of the next Need For Speed.

If you’re one of those Assassin’s Creed fans who still think they should have stuck with the pirate life after Black Flag in 2013, well, here’s some good news. Skull and Bones is Ubisoft’s attempt to re-capture the magic of sailing the oceans and battling rival ships, even without the characters from the Assassin’s Creed license. For a 5v5 Loot Hunt multiplayer experience, you’ll sail around the Indian Ocean in search of treasure and combat.

The first The Crew didn’t live up to its immense potential, but this open-world racing game gets another chance with this sequel, especially since it’s not just about cars anymore. The Crew 2 will feature a redesigned road version of the United States, now giving the ability to fly over the terrain by plane, or by waterways, on motorboats, or even in sports cars and other all-terrain vehicles.

One of the most compelling trailers at the Microsoft conference was not for a big budget 3D game, but rather this little indie game, The Last Night.

This cyberpunk thriller mixes the kind of pixel graphics worthy of 90’s adventure games with a strong modern touch, so it’s an unexpected combination. While its graphics are pretty cool, the world itself and the atmosphere, which definitely have something of Blade Runner about them, are appealing. And yet, it seems totally original. This game is likely to appeal to many.