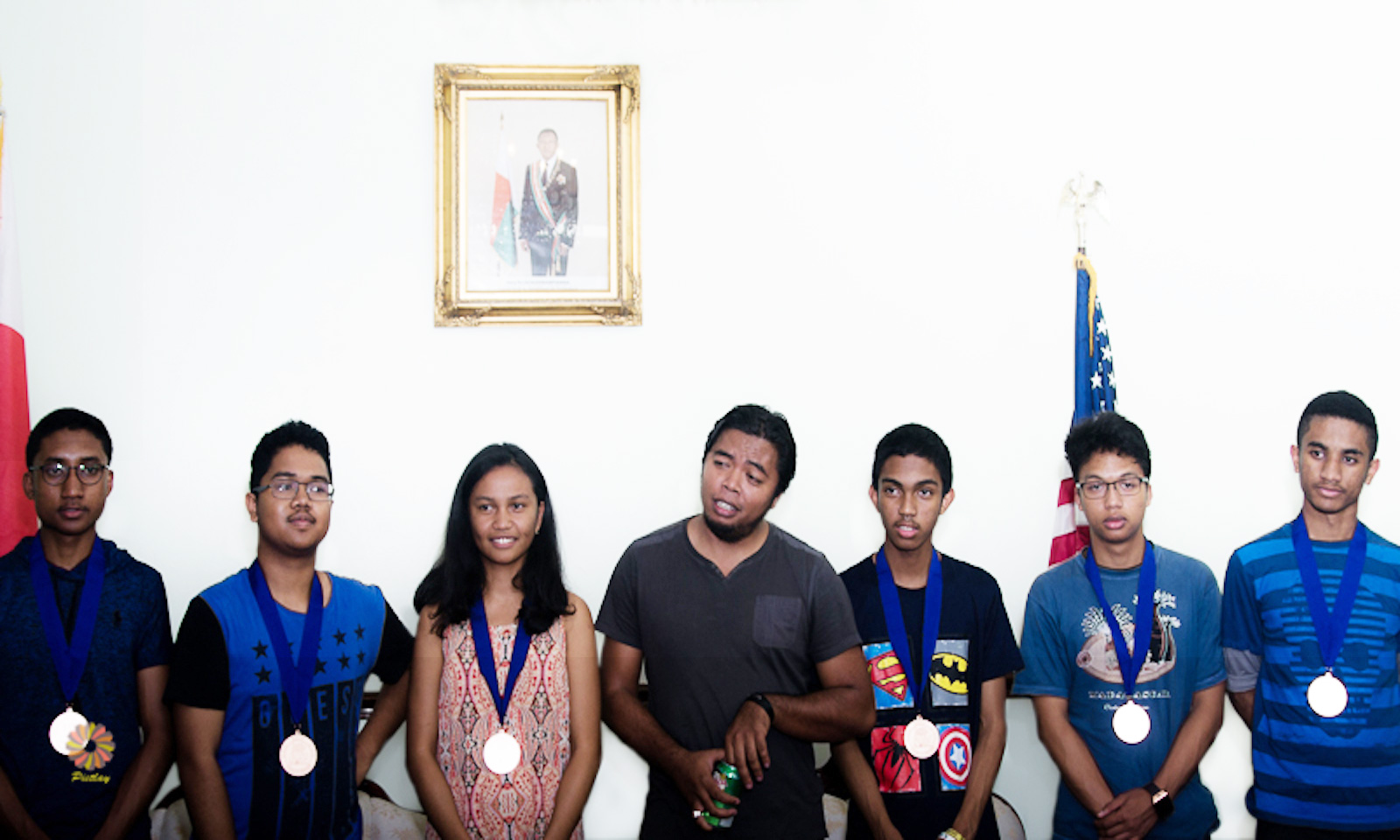 FIRST GLOBAL Challenge (FGC) is an international Olympic competition organized by First Global. The first edition was held in Washington, D.C. from July 16-18, 2017. Nearly a month after the event, Rafidison Holitiana Arisoa, a member of the Malagasy team, tells us about his experience.

An invitation received thanks to Coder Bus

The first edition of the First Global Challenge gathered 140 participants. Madagascar was represented by 6 students, including 5 boys and one girl. The main theme was “Access to clean water”.

Madagascar received its invitation to participate in First Global Challenge thanks to the Coder Bus project. This initiative, sponsored by Mr. Edgard Razafindravahy, aimed at teaching code to Malagasy children. After receiving the invitation, a competition was held to choose the 6 students who would represent the Big Island in Washington: Rafidison Holitiana Arisoa, at the age of 18, was among them:

« As soon as we knew that we would be the ones to represent Madagascar for FIRST Global Challenge 2017, we started studying and learning all the details of the programming. As a result, we ended up programming a Smart Car. ” she says. 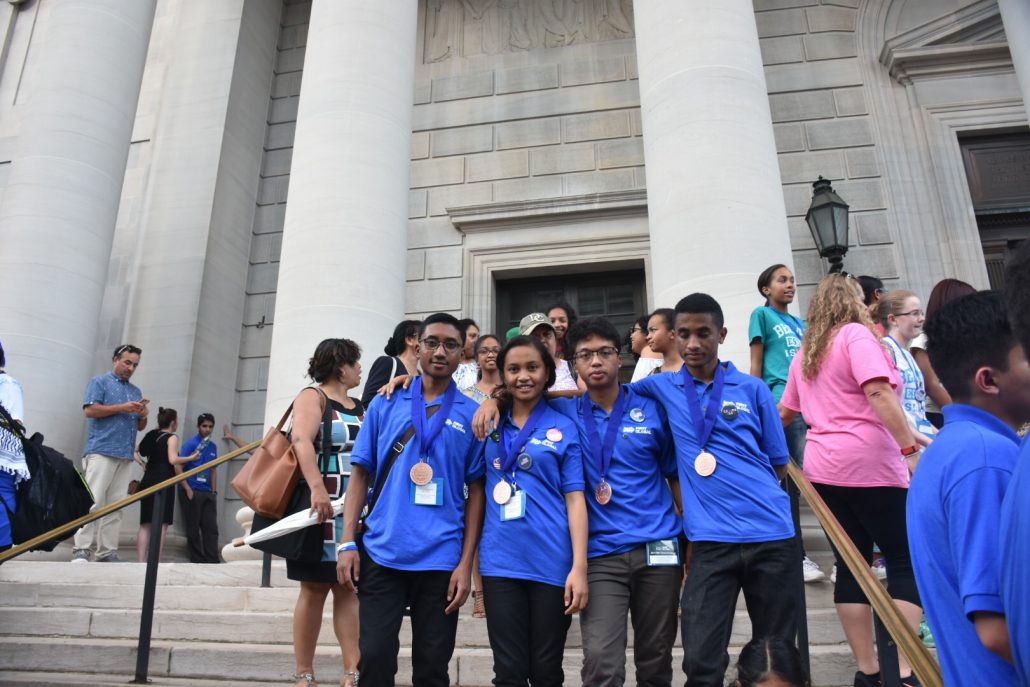 A road full of pitfalls

However, not everything went smoothly. The first hurdle to overcome was financial. Team Madagascar was looking for sponsorship, each team being responsible for paying their accommodation and catering costs during the competition.

However, several sponsors have responded favourably to their request, such as NTIX Energy, SOCOMA, Profusion and several anonymous persons. The team was later welcomed by the President of the Republic of Madagascar, Hery Rajaonarimampianina, who showed his full support and provided financial assistance.

Many young people have made calls for support via the Team Madagascar website and Facebook page. These displays of goodwill allowed the team to raise the money needed to participate in First Global Challenge. The second obstacle was logistical. Indeed, the Malagasy team received its robot kit only 3 months before the beginning of the competition.

“Well, my first concern was that we wouldn’t finish the robot on time because we were two months late in getting the robot kit and on top of that, we only had a vague knowledge of how it worked,” explains Rafidison Holitiana Arisoa.

The Malagasy team then had to face several challenges during the competition. Rafidison Holitiana Arisoa mentioned some technical problems they encountered during the competition. However, solidarity and group cohesion allowed them to stand out. Team Madagascar won the bronze medal of the “Sofia Kovalevskaya Award for International Journey”. She was judged on her teamwork, her track record and her ability to overcome problems, from the selection process to the competition itself. 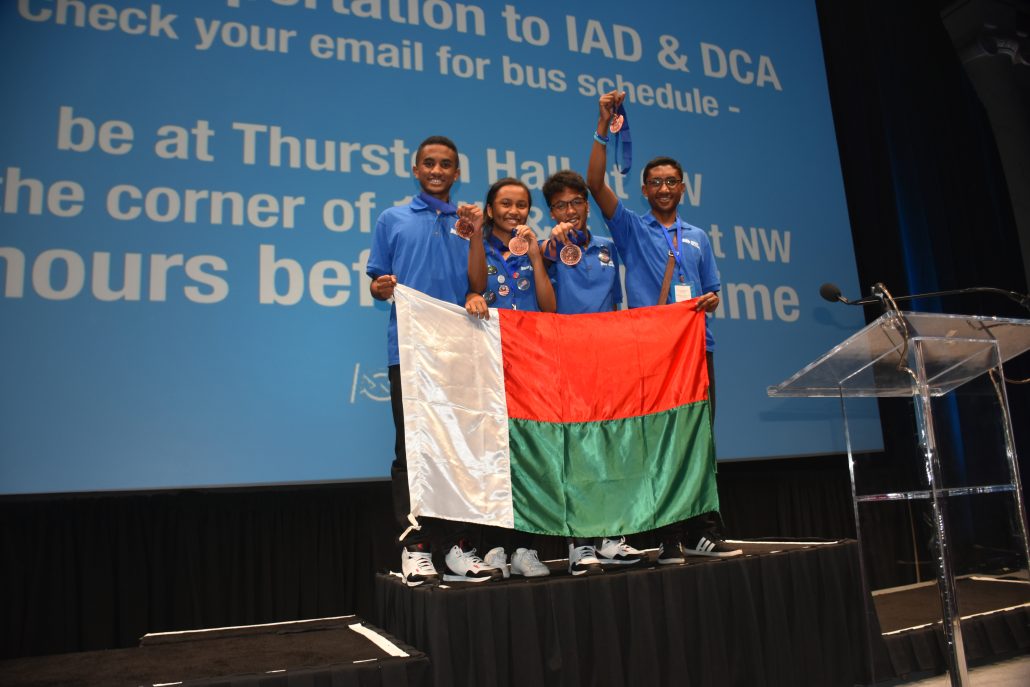 The future of the First Global Team of Madagascar

“I had the opportunity to talk to several teams, including the opposing teams. When we saw their robot, we were like ‘wow!” but we weren’t intimidated.”

Their steely mentality helped them win the bronze medal. Rafidison Holitiana Arisoa, the only girl on the team, said it was a rewarding experience for her. She hopes that her example can attract more and more girls to the STEM (Science Technology Engineering Mathematics) sector. While waiting for the next edition, the Malagasy team is planning to create a FIRST association. The young competitor declares that she is ready to participate in competitions on the same register. 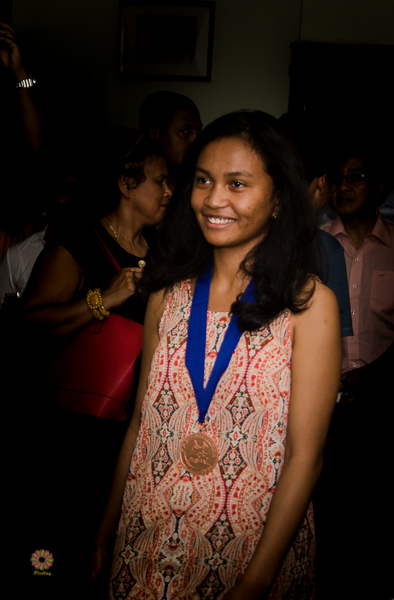 To young people her age, she states:

” When you want something, be motivated and don’t stop until you have it. Try to discover new things, don’t stay in your comfort zone!”