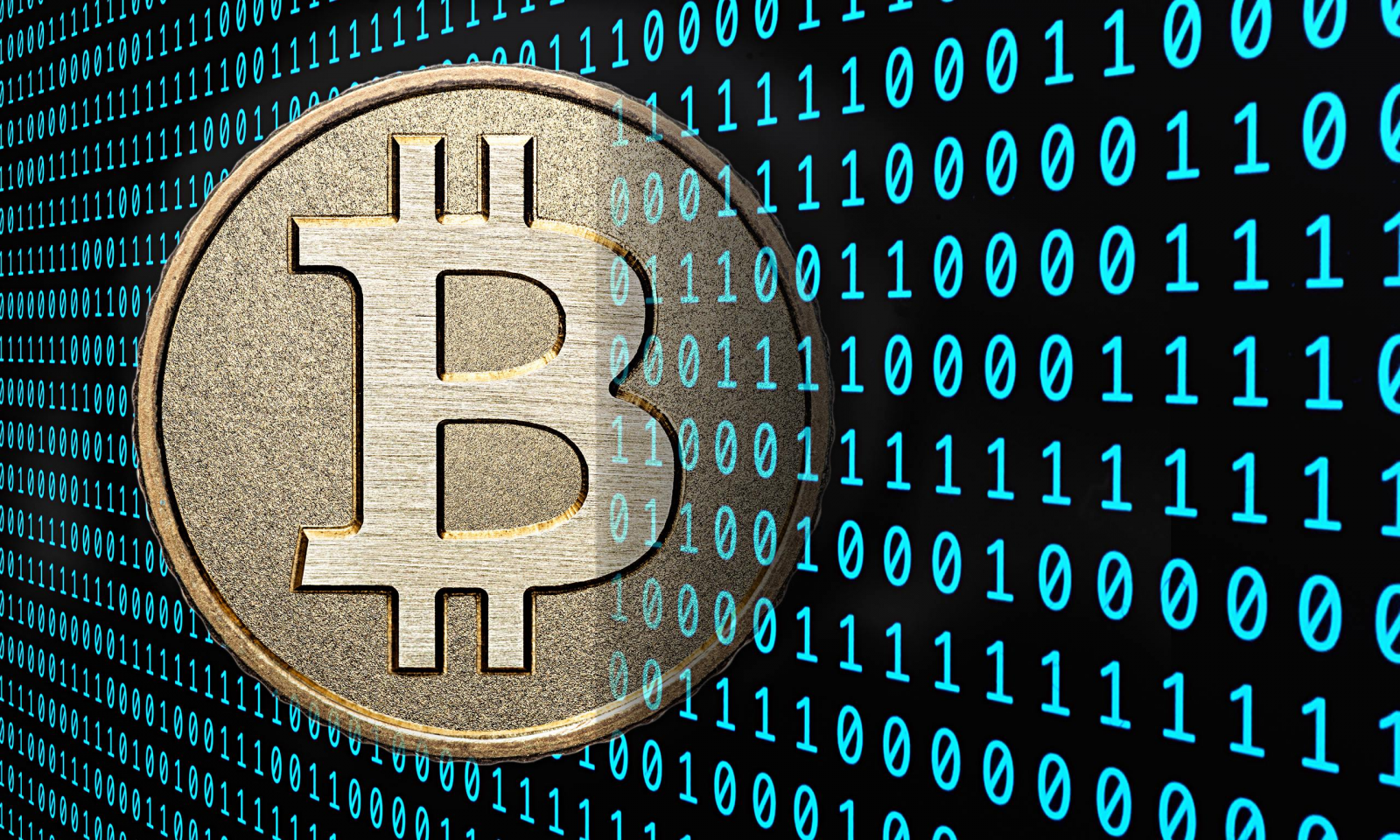 Following on from the conference on the evolution of cryptocurrency held on Monday 29 January at Quatre Bornes, let’s look at another African country, also at the heart of the matter. Kenya is the5th most Bitcoin-owning country in the world.

Still unknown to the general public just a few months ago, virtual currencies (Bitcoin, ether, ripple…) have quickly gained notoriety thanks to their remarkable dynamism. In 2017, the price of Bitcoin, the best-known cryptocurrency, jumped more than 500 percent to $6,000 (€5166). The prices of other cryptocurrencies are also flourishing, attesting to the craze for these new ” means of payment “. But what exactly is ?

The emergence of these 2.0 currencies dates back to 2009 with the birth of Bitcoin, which is considered the benchmark virtual currency. Initially, cryptocurrencies were used by small communities made up of their developers, who wanted to have their own currency. Thus, cryptocurrencies are independent of central banks : in other words, they are outside the control of the government. ” Bitcoin does not belong to a state or a bank ,” says Manuel Valente, director of the Maison du Bitcoin in Paris.

The credibility and security of these virtual currencies are based on two elements, the essence of their DNA: a computer protocol and blockchain technology.

In particular, the protocol defines the number of ”   coins” available and their computer size (their circulation speed and storage power). Developers who connect to the network can modify this computer protocol. That being said, changes in the characteristics of a cryptocurrency must be validated by the entire community (active developers).

According to cryptocurrency professionals, about 10,000 coders are currently working on the Bitcoin protocol. This figure explains its stability, but also the difficulties in making the currency evolve. It is because of these same difficulties that the Cash Bitcoin was launched this summer by a portion of the Bitcoin community in support of the network’s growing power. This expansion would allow more transactions to be processed.

The blockchain technology ensures the protection and inviolability of a computer protocol. This technology added by the developers certifies the exchanges on the network of each cryptocurrency. A ” blockchain ” stores and transmits information, especially currency exchanges when a user pays for a product or service with cryptocurrency. Shared by its various users, without intermediaries, it guarantees each user to ensure the validity of the chain at each transaction. For example, if an average user gives a Bitcoin to a first seller, but tries to keep it to spend it a second time at another seller, that other seller will see right away in the Bitcoin history that it has already been given to the first seller : he will refuse it “Each node, i.e. computer connected to the blockchain, contains a copy of the protocol and a full copy of all transactions ,” says Manuel Valente. The 1,200 virtual currencies listed work with a blockchain.

Bitcoin is all the rage in Kenya : according to the latest City Bank report, Kenya currently holds the equivalent of €1.3 billion in Bitcoin, positioning the country as the 5th largest Bitcoin holder in the world.

If we take Eugene Mutai as an example, this Nairobi resident started investing in cryptocurrencies 8 months ago. A new motorcycle owner, he explains : “I got very good returns on the money I invested so I thought : why not ? “It’s the bike I’ve always wanted. In the last year, his quality of life has improved greatly. He now earns more than 650 euros per month from Bitcoin, when the average salary in Kenya does not exceed 98 euros. 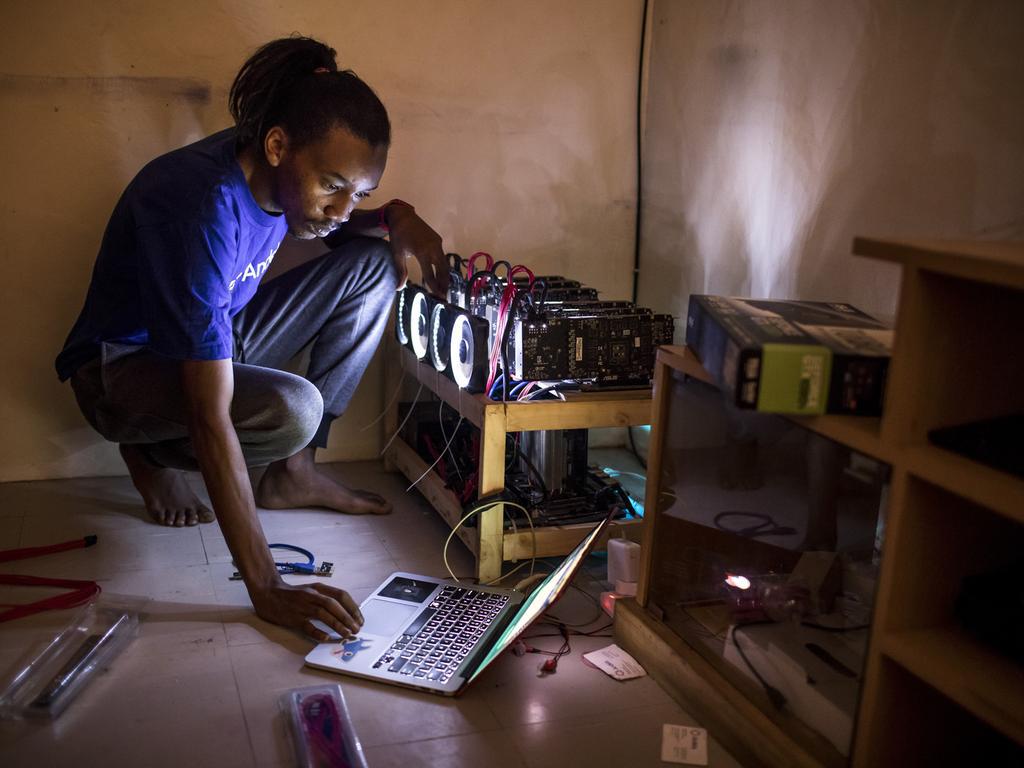 Eugene is constantly monitoring the price of the virtual currency. He uses the computer he built and installed in a corner of his living room. The more graphics cards there are, the more Bitcoins are generated. These graphics cards are expensive since the price per unit is 650 euros. Indeed, the blockchain is a permanent, public and decentralized register where all transactions are recorded in packages of transactions, called blocks. These blocks are added to the chain by the miners, including Eugene. These miners either mine (add transactions) or verify the blocks. Mining requires large and expensive machines that solve complicated mathematical problems in real time. As the calculations become more and more complicated, the machines required are increasingly sophisticated and expensive. The most efficient of these cost hundreds of dollars.

It is therefore a substantial investment that does not discourage young Kenyans, more and more of whom are getting involved in virtual currencies. Michael was one of the first to use Bitcoin in Kenya. According to him, young people are increasingly interested in cryptocurrencies because of the lack of work. This is an interesting opportunity because there is a clear demand and they can get it. Faced with this craze, the Kenyan government is sounding the alarm and the country’s central bank is multiplying its warnings. Clients of trading firm Rich Management are increasingly asking about virtual currencies, but like the central bank, its president Aly-Khan Satchu advises against Bitcoin “Its price may go up next week or it may go down, but in the end it will be worth almost zero. Investors who have turned to Bitcoin will experience heavy losses.” If the currency were to collapse, the country could lose up to 2.3 percent of its GDP.

Isaac Mwendwa believes he can change the face of the global financial market as we know it. This Kenyan is developing the second African cryptocurrency, dubbed Nurucoin, and he sees the possibility of this new cryptocurrency being better accepted overall than Bitcoin. “Cryptocurrencies are the future of all transactions, which is why I couldn’t wait to develop one for Africa.” said Mwendwa. One Nurucoin is currently worth 10 Sh (about Rs 3). 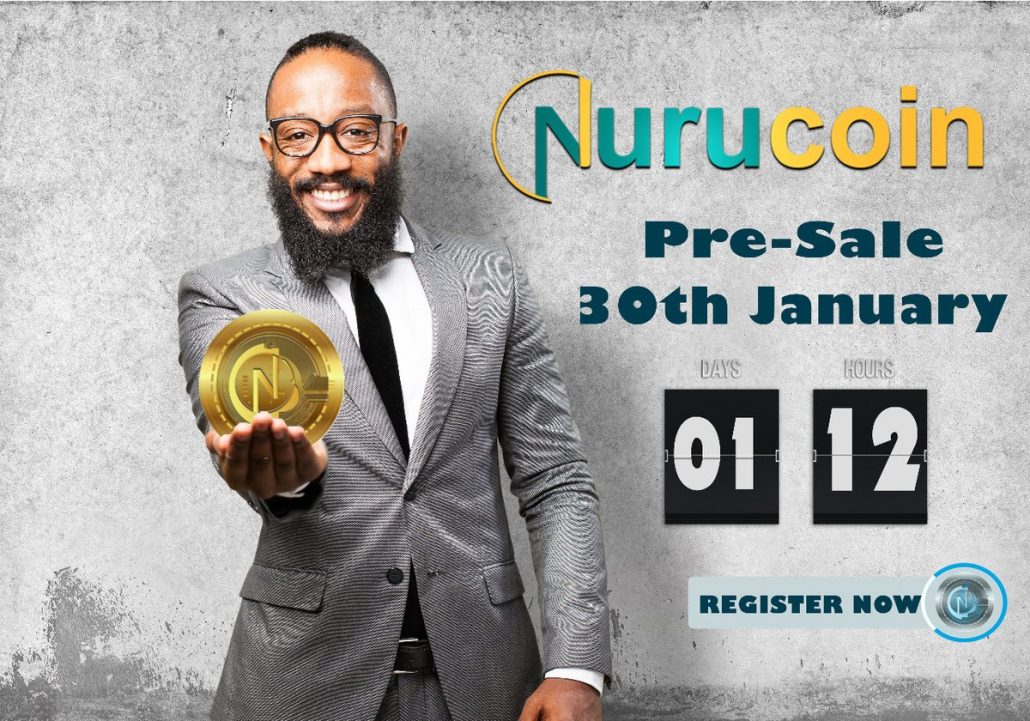 It is now almost impossible to determine the value of Bitcoin, whose price has dropped almost 30% in a single day. The currency was trading at 466,000 Sh on November 10 before increasing almost fourfold to 1.9 million less than a month later, only to fall back to 1.4 million Shillings on January 15. Mwendwa believes that digital currencies will define all future transactions, replace money as we know it today and cause harm to traditional banks. His dream is inspired by the possibility of digital currencies becoming more accepted, something determined by the value of cryptocurrencies.

What makes the price of currencies volatile ? Cryptocurrency founders determine a set number of currencies they want in circulation. A mysterious Bitcoin developer has decided that there will be 21 million units of the currency. To date, over 16.7 million coins have been discovered and are in circulation. Greater acceptability of the currency means more demand for units and thus a rise in the value of the currency. Mwenda said the current Bitcoin prices are exaggerated, due to speculation that has created a bubble that is likely to burst. Since mining Bitcoins is becoming an expensive activity that many people cannot afford, anyone can choose to buy Bitcoin, a more accessible alternative. The rush to cryptocurrencies, whether it’s Bitcoin or any other virtual currency, explains their rising price.

Keep in mind that any purchase of Bitcoins as an investment is risky. You only invest what you can afford to lose completely. A flaw in the mathematical algorithm could be discovered and cause the value of Bitcoin to drop to zero within hours.