Hootsuite, in collaboration with We Are Social, has released its latest state of the digital world in the last quarter of 2018. The figures show a constant increase from one year to the next, whether it be Internet users, active members of social networks or mobile phone owners.

Since September 2017, 284 million people have connected to the network for the first time, including 68 million between June and September. This 7% increase in one year brings the total number of users to 4.2 billion out of the world’s 7.6 billion population. Social networks are not left behind with 320 million newcomers between September 2017 and October 2018 for 3.4 billion users in total (+10% year-on-year). 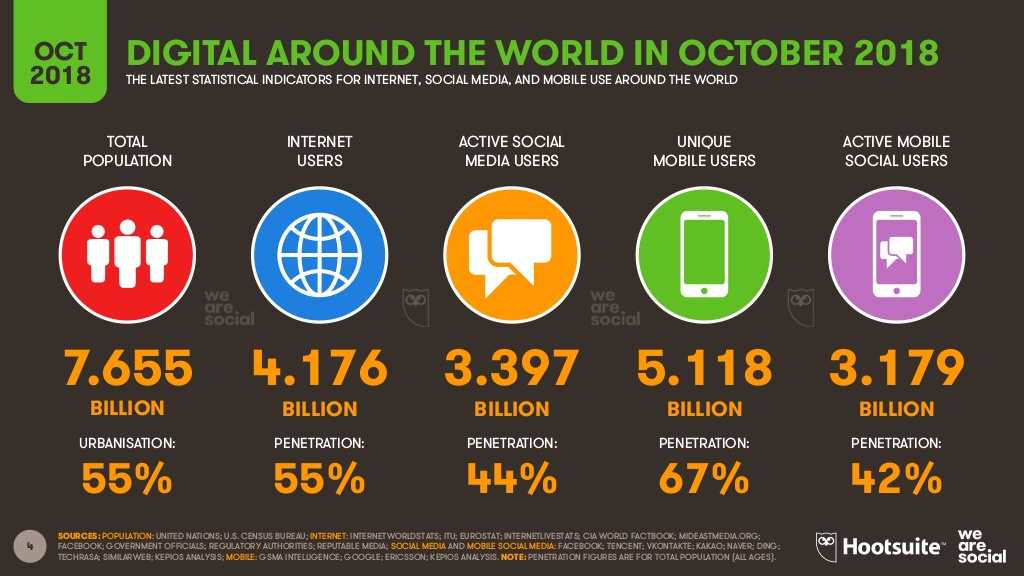 As for mobile, the study published by Hootsuite and We Are Social shows a 1% increase in cell phone owners. This represents an increase of 36 million between September 2017 and October 2018. This brings the total number of mobile social network users to 5.1 billion. The prize for the biggest increase goes to mobile users, with a 13% increase, i.e. +361 million people.

Mobile remains the leading source of Internet traffic according to Hootsuite

The mobile maintains the first place of the sources of traffic on the net. Indeed, it represents more than half of the connections. However, there was a 2% increase in traffic via a computer between 2017 and 2018. This figure probably shows a correlation with the decline in the use of other devices to connect, including tablets or game consoles (-5% and -71% respectively between September 2017 and October 2018). 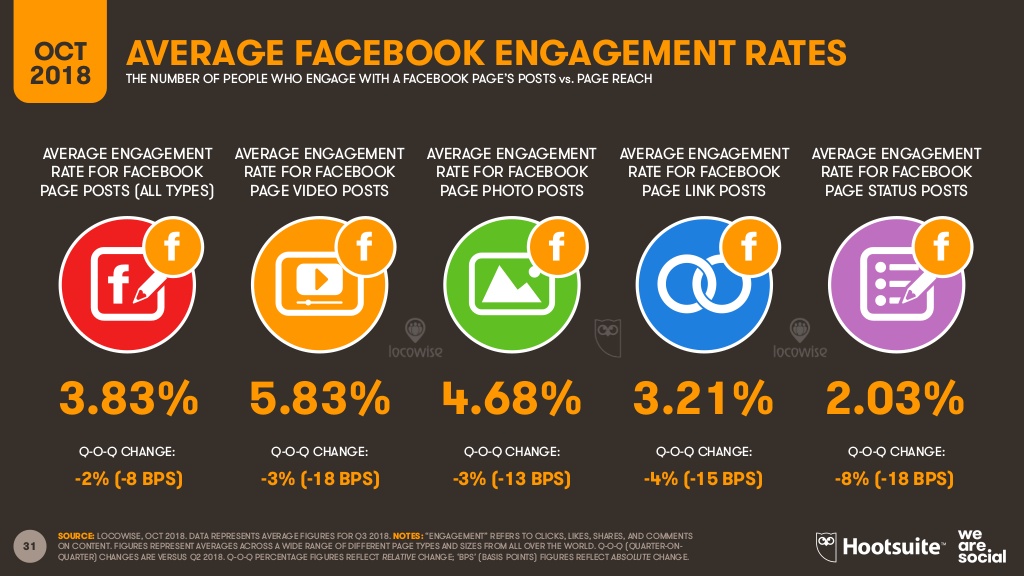 What about the sites that received the most traffic? SimilarWeb and Alexa have also made a top of the sites that have obtained the highest volume of traffic in the world in recent months. Thus, their reports match the first 6 on the list. And while the top three are no surprise, here’s the full list:

Next are Twitter.com, XNXX.com, Google.co.in, Google.com.br for SimilarWeb. Alexa’s ranking places QQ.com, Tmall.com, Taobao.com and Twitter.com in 7th and 10th position respectively. The Alexa ranking shows a clear progression of e-commerce sites in the sources of traffic. It is even more specifically the Chinese e-commerce sites Tmall and Taobao which would record more traffic than Amazon ranked 13th. 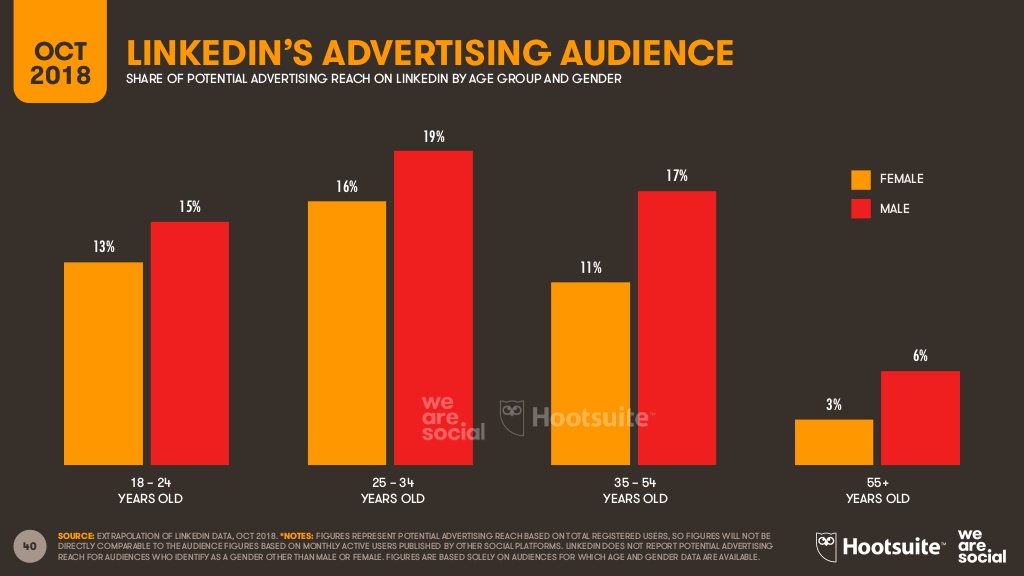 While there are 2.2 billion active Facebook accounts, there are 1.9 for YouTube and 1.5 for WhatsApp. Facebook’s instant messaging application, Messenger, has 1.3 billion users. It is followed by WeChat (1.05 billion) and Instagram (1 billion). Far behind is Twitter, which only ranks 11th with 335 million, then Tik Tok (500 million). The discussion forum Reddit, meanwhile, has 330 million users, slightly more than LinkedIn (303 million), Skype (300 million) and Snapchat (291 million).