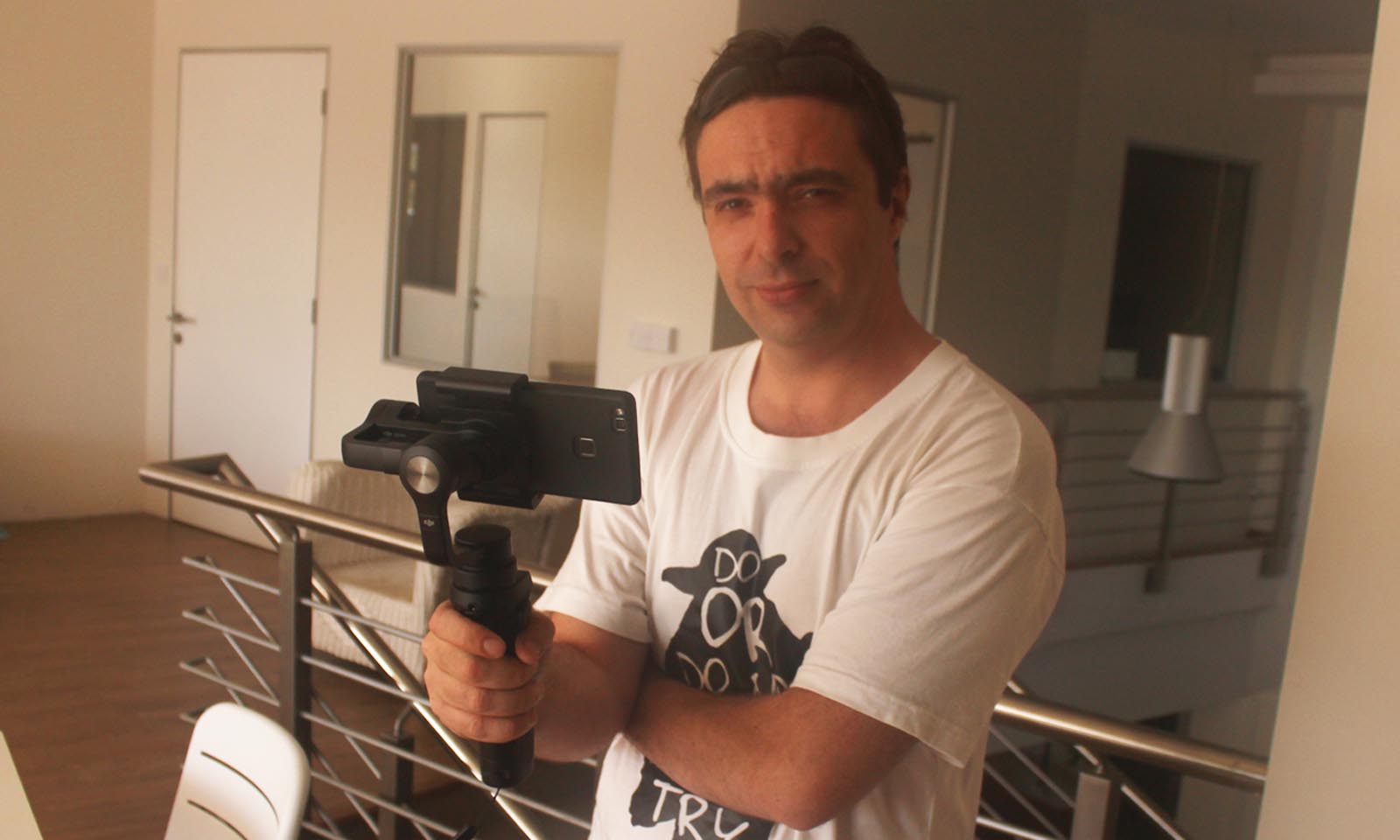 Nowadays, most smartphones can record HD video. If the image is in high resolution, it does not mean that your videos will have a qualitative aspect. One of the problems is the stabilization of the image. Some phones have optical image stabilization and others have digital stabilization, but these features show their limits when you’re walking, running or even moving a little too fast.

DJI the drone manufacturer offers a solution with its Osmo Mobile stabilizer. The latter uses technology similar to that which stabilizes a drone, with multiple motors and internal sensors to keep a camera stable as the user moves. In other words, it’s magic. I wanted to test this little jewel: does it keep its promises? Find at the top of the article our test video and discover exclusively the Hive Tamarin co-working space. 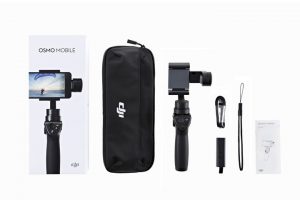 The DJI Osmo mobile is a three-axis stabilizer on which it is possible to install any smartphone from 4 to 6 inches. Certainly, many phones including the iPhone 7 have very good video stabilization. However, when you compare the two, the shots taken with the DJI GO offer us stabilization worthy of cinematic shots. I really liked the quality of the handle, which is very ergonomic, and the many built-in features that make for a relatively smooth shot.

Many features integrated into the Joystick

Everything works thanks to the motor inside the DJI GO, the battery system is indeed mechanical and motorized. When you make a sudden movement, the rendering is less jerky. This little toy also allows you to film on the side: the DJI stabilizes on the right or left side in portrait. Ideal for a periscope, for example. 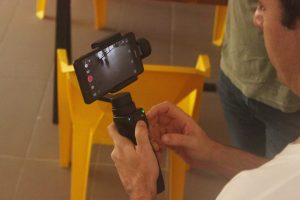 Second element that I liked : the integrated Joystick : you turn left, right, down, up, which allows you to make beautiful still shots. The movement is fluid, of the same duration and adapts to the pressure on the joystick: the harder you press the joystick, the faster the movement. Two other buttons are just as useful: one triggers the photo, the other the video. On the back of the Osmo, a trigger that locks a given axis. Two clicks on the trigger re-center the boom, and three clicks switch the camera directly from front to back.

On the side there is a screw thread that allows you to connect a light, microphone or tripod for very still shots. However, be careful if you decide to invest in a microphone to check the output of your smartphone. Indeed, I first bought a TRS to TRS cable but the output format of the iPhone and many smartphones is TRRS. (Count the number of small bars on your headphone connection)

An application to complement OSMO

You can shoot with the Osmo mobile using the regular phone app, but an integral part of the stabilizer is the DJI GO app, which manages all DJI devices including this product. In the photo section, you can for example make panoramas or timelapses. Just put your DJI on a tripod. It is even possible to make multitimelapse. You don’t know what it is? It’s about making a timelapse on several scenes. The DJI then automatically makes the movements with a triggering of shots every equal second. 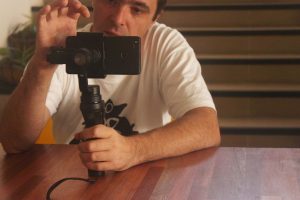 My favorite option, for now, is the motion tracking: You just select the subject you want to track. When the object or person moves, the DJI Osmo automatically follows it. Sometimes, however, when the subject moves too fast or goes out of the frame, the DJI will freeze or lose control a bit, which is rare.

The autonomy is 4 hours, which is very correct. The charging of the product is done with a kind of jack plug, but be careful! This socket will only be used to film the DJI Osmo Mobile. I regret that the external battery of the stabilizer can only be charged inside the stabilizer, which is not very practical for long days of filming.

What I liked less

While I like this tool, I did think of a few areas for improvement: the phone connects to the app and the DJI via Bluetooth. This connection is sometimes long and tedious: we must turn on and turn off the device or the phone sometimes several times before the connection is made, and this on several smartphones tested. Also, even though the DJI has good battery life, connecting your phone to audio and Bluetooth will probably melt your smartphone’s battery pretty quickly. 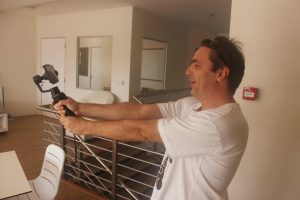 Secondly, the DJI is heavy in the long run. Of course, this will have the advantage of strengthening your forearms, but you will have to get used to the weight of the stabilizer if you want to shoot for several tens of minutes. However, it should be noted that this weight is due to the quality of the product: made of aluminum, it is extremely resistant. I reassure you, you just have to alternate and change hands when you film, this little “defect” is not insurmountable! On the other hand, the DJI has its limits: it does not film in 360 degrees even if it is rare to reach the limit of the product.

Finally, I’ve noticed that some smartphones connected to the DJI have trouble focusing on the motion of the DJI Osmo mobile. While this is not due to the stabilizer, the team has experienced this discomfort on several quality phones.

You can get the DJI Osmo mobile for about MUR 22000. The price is consequent but it remains less expensive than the majority of the motorized stabilizers for a quality of shooting in worth. 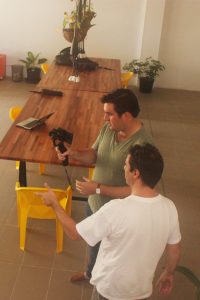