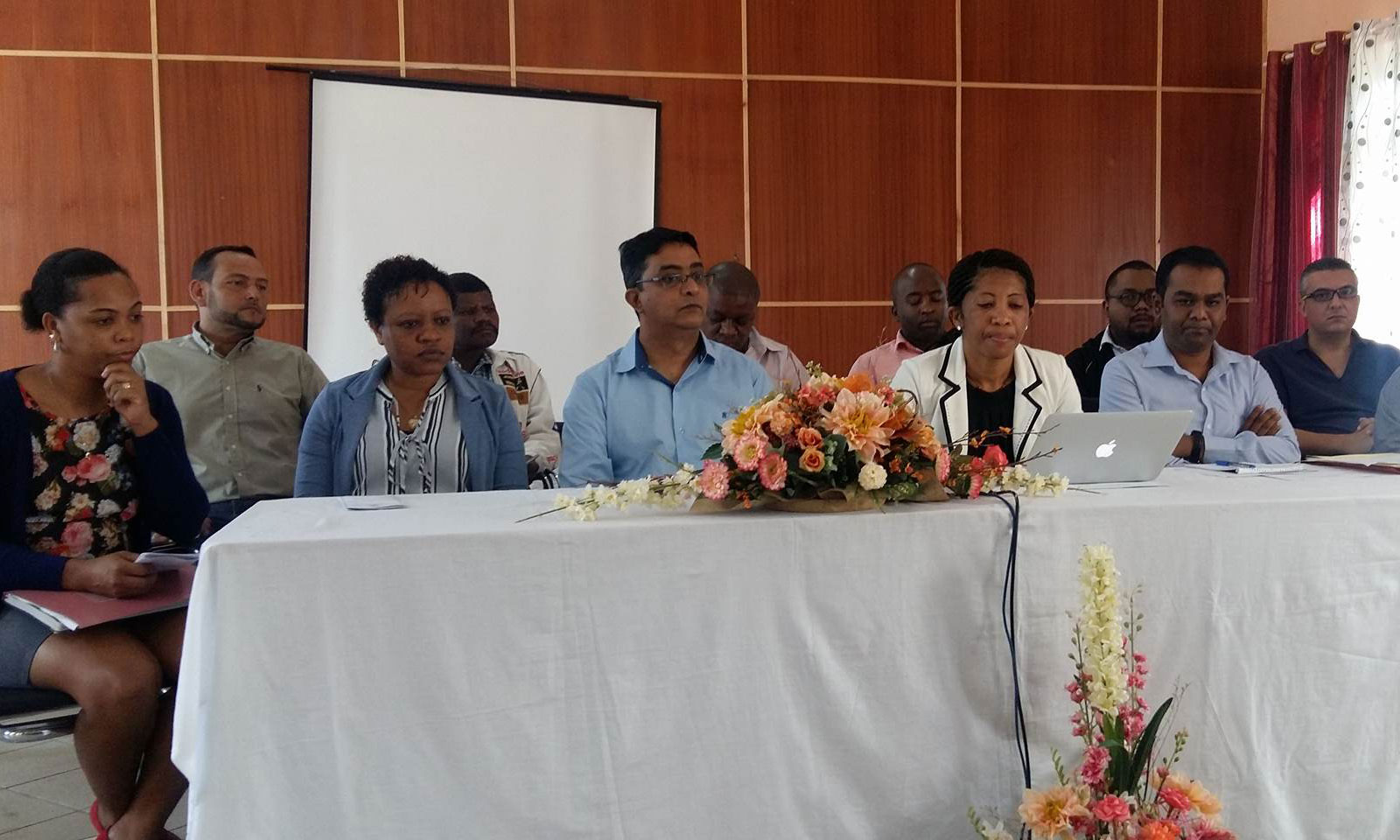 With no less than five editions to its credit, the Infotech Rodrigues event brings together all the actors of Technology, Information and Communication in Rodrigues. As these sectors are subject to many changes and evolutions, Infotech is a crossroads of ideas and meetings.

On July 31, infotech Rodrigues was launched. The importance of mobile applications was presented by Fabien Degieux, an entrepreneur highly involved in the digital evolution of the country.

Innovtech Rodrigues: ICT in the spotlight

For its sixth edition in 2017, Infotech Rodrigues reinvents itself to become “Innovtech Rodrigues”. This event dedicated to technology, information and communication has become a must.

This 2017 edition will be organized in collaboration with Rodrigues Regional Assembly, better known as RRA and under the aegis of the Ministry of Technology, Communication and Innovation (MTCI). To make new technologies known and to bring ICTs closer to the Rodriguans, this is the challenge that Infotech Rodrigues has set itself. In fact, this assumption that the event has endorsed implies the need to produce consistent efforts. In order to achieve this goal and hopefully make ICT a common landscape in the lives of Rodriguans, an ICT Week is being held from 31 July 2017 to 16 August 2017. This other event will encompass various activities, including the 2017 edition of Infotech Rodrigues. Organized by the National Computer Board (NCB), it will bring together people from all walks of life. The island of Reunion is also among the guests to share its know-how in coding with the public. 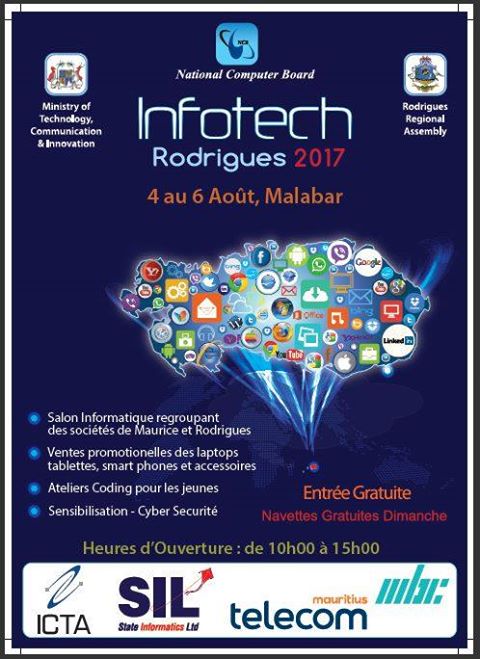 The activities proposed during these three days will be open to the public and will consist of an exhibition on ICT, career guidance sessions, an introduction to coding for children and finally, an awareness session on cyber security. Being a collaboration between the Rodrigues Regional Assembly and the National Computer Board, ICT Week will also include security awareness sessions, a workshop on ISO 27001 Information Security Standard Implementation, coding sessions and finally, Infotech Rodrigues 2017. Three days that will be very busy for the exhibitors and organizers as well as for the visitors and participants.

Promoting STEM to the next generation

The Security Awareness sessions will span two days for a total of four sessions and will be delivered by CERT-MU on August 1 and 2, 2017. The Workshop will be held on 3 August 2017 and will focus on the Information Security Standard on the theme of “Implementation of ISO 27001:2013”. Finally, the Coding sessions will take place in the framework of Infotech Rodrigues. The aim is to introduce children to the world of coding, providing them with a solid foundation that will enable them to consolidate their knowledge.

Giving young children a basic knowledge of coding is a way to get them interested in the world of coding and to introduce them to the field of STEM (Science, Technology, Engineering, Mathematics). This is a major issue. Our current society reserves a preponderant place for the use of new technologies in everyday life, it seems useful to prepare them to evolve in this world by offering them as many tools as possible. As often mentioned, code is a language that is very useful to master. Finally, these sessions also aim to increase the number of students opting for the field of Science and Computer Science at secondary level.