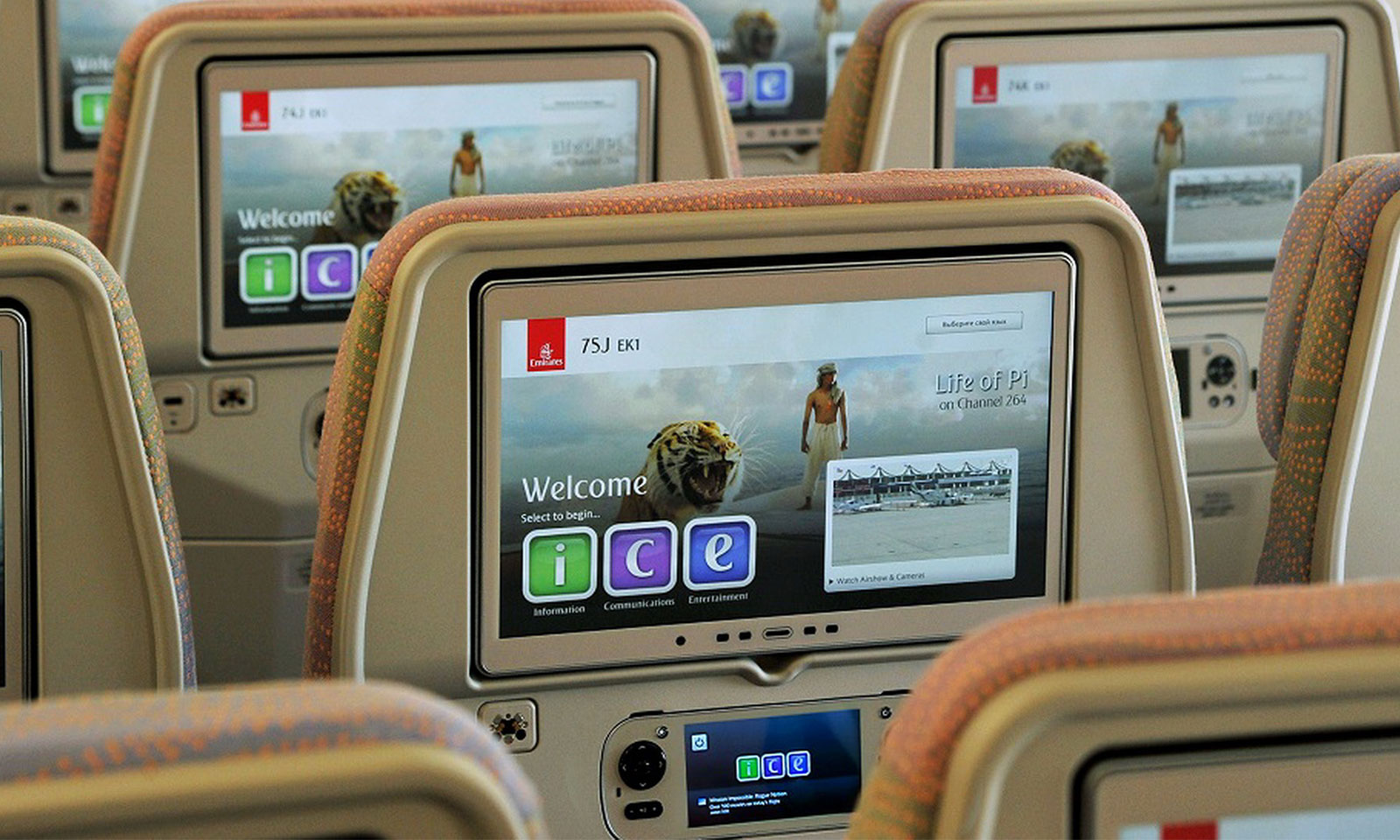 Emirates offers the award-winning in-flight entertainment system ice. This is an innovative feature that allows passengers to create personalized playlists before the flight. It is possible to consult no less than 4,000 entertainment channels on this new app, and then synchronize them once on board the plane.

Emirates passengers can now enjoy a new feature. The ice application allows them to customize their playlists on award-winning flights. This new option introduced by Emirates should allow travellers to optimise their flight experience. A catalogue of more than 4,000 entertainment channels is available to them. Once the playlists are created before their flight, passengers can sync them to their seats once on board.

With over 4,000 on-demand entertainment channels, ice is a complete entertainment system. So it’s another milestone for Emirates’ award-winning flight, with over 1,000 films. This figure surpasses any other airline. In addition, popular TV series, tens of thousands of music tracks, podcasts and games are also included. Emirates’ app is free to download on iOS and Android devices.

Hollywood movies to watch on the Mauritius-Dubai route

Among the latest additions to the ice app, several Hollywood movies are offered on the Mauritius-Dubai flight. Examples include Immediate Family, Bohemian Rhapsody, Emily’s Shadow, Goosebumps 2: Ghosts of Halloween, Johnny English Strikes Back, and The Nutcracker and the Four Realms, among others. In addition, Bollywood films have also been added to the catalogue, including Pad Man, Manmarziyaan, Baaghi 2, Ajji and Adrishya.

This new synchronization feature is already offered on some 100 Boeing 777s. Sir Tim Clark, Chairman of Emirates Airline, explains that this is in line with their ‘Fly Better’ promise. As such, he says the teams are dedicated to providing exceptional travel experiences. Moreover, every detail is taken into account as we go along in order to continually bring innovative products and services to our customers. For example, this brand new feature in the Emirates app improves the customer experience even before boarding the plane.

In addition to the 100 Boeing 777s, ice will be available on the entire fleet, including the A380s, in the coming months. With a global customer base, Emirates offers entertainment in 44 languages. In addition, over 100 films are added to the system each month. The youngest customers are not forgotten either, thanks to a wide selection of films and television channels for children. 75 Disney, Marvel and other children’s movies, as well as 50 television channels, including Cartoon Network, Nickelodeon, CBeebies and Disney Channel are available to them.

The ice application is also versatile. Indeed, in addition to the classic entertainment channels, it is possible to find language courses. For example, uTalk offers language courses for beginners. Emirates’ award-winning entertainment system offers these LinkedIn training courses led by experts. You can also get a glimpse behind the scenes by checking out the Emirates Food and Wine channels.

Through ice, Emirates offers a unique travel companion allowing customers to book flights, hotels, car rentals, tours and attractions. In addition, travellers can view their flight’s menus and wine lists up to one month prior to their departure date. Travellers will also be able to virtually navigate inside Emirates A380 and Boeing 777 aircraft to better select their seats and explore the spacious cabin before boarding. This is made possible by 3D renderings of the seats.