Moka is about to take a new step in its transformation. Led by the ENL Group, Moka’s smart city will create a new integrated and connected intelligent urban space.

Based on a “citysmarting” concept, this project intends to reinforce and integrate the existing residential, leisure and economic activities. The Moka smart city, which will be developed on a total area of 450 acres in the heart of the island, will mobilize an investment of Rs 25 billion for the region over the next ten years.

For Hector Espitalier-Noël, CEO of the ENL Group, the funds will be very easy to mobilize since the market is the only limiting factor. “We are going to build according to those we have identified. The challenge will be to create this demand, to seek out new areas of development and to attract investors with different profiles.

Some 3,500 direct permanent jobs will be created in various areas of activity. The project was officially launched in the presence of Prime Minister Pravind Jugnauth on Wednesday 12 April at the Vivéa Business Park in Moka. 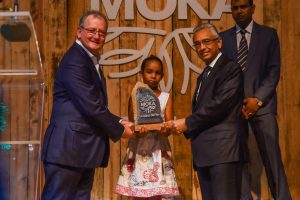 Moka offers an improved living environment for those who live, work or relax here. World-class schools, hospitals, shopping and business centres, modern infrastructure and a landscaped environment… The ENL Group has spearheaded this development, creating the infrastructure for the establishment of companies and residents in the region, but also initiating new activities itself.

“Building a city is not the business of a few men and women alone. It is the undertaking of all the people, whose dreams, hard work and achievements intertwine to form the soul of the city,” said Hector Espitalier-Noël. 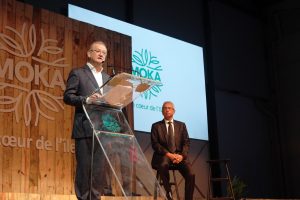 The latest levers activated by the group to lead and drive growth in the region are La Turbine, a business incubator and accelerator, and Compass, a venture capital fund.

So far, Moka has been modernized according to the integrated live-work-play urbanization principle, which is typical of smart cities around the world. This development is now set to accelerate significantly, driven by the Smart City Scheme. The next stage of Moka’s urbanization will cover 450 acres and will be certified as a Smart City.

The Chief Executive Officer of the ENL Group believes that “The Smart City Scheme creates a whole new environment which, apart from offering many incentives, will further open up the country to foreign talent and investment.

A Smart City of size

Today, Moka is a quality place to live, where the balance between tradition and modernity, between development and preservation of heritage, is obvious. This development is set to accelerate significantly, driven by the Smart City programme. The development of Moka will provide continuity for businesses in the region. It will cover about 26 square kilometres and will take an estimated 10 to 15 years to build. 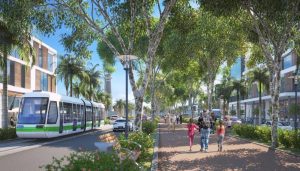 The Smart City will be : 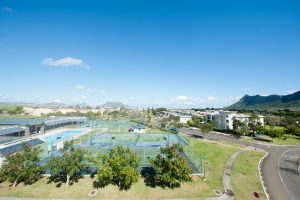 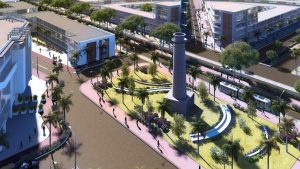 Moka has many assets, including its geographical location which increases its accessibility. The region already has the infrastructure to attract local and international talent. For the developer, shaping Moka into a smart city is a logical next step, given the developments that have already taken place in the region over the past ten years, in line with its long-term master plan. For ENL, it is important to preserve the soul of Moka by ensuring a harmonious integration between the past and the future, while adapting to environmental imperatives and technological advances. This long-term development process will be divided into four pillars.

For ENL, there is no doubt that the success of this large-scale development will require the involvement of the inhabitants and the public authorities. It is in this perspective that a collective, called Moka’Mwad, will soon be created to promote exchanges and participation of the local community.

To meet the requirements of sustainable development and eco-efficiency, innovative solutions will be favoured to improve road connectivity. The emphasis will be on public and non-motorized transport. A linear park with pedestrian, bicycle and motorized lanes will connect the Helvetia district to the business center to be built at Telfair. In the long term, this park will be crossed by a 100% electric tramway. 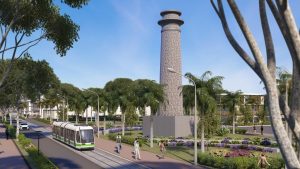 With an efficient management of green spaces, Moka aims to offer a healthy living environment by promoting a close link with nature, with a focus on quality landscaping. With leisure, entertainment and shopping offerings, the smart city will enhance the country’s economic development and add value to the entire region.

In addition, with a high-level business district in Telfair and a business incubator in Vivéa Business Park, Moka will provide an environment for business creation and innovation. The ENL Group has signed an agreement with the accounting firm Pricewaterhouse Coopers (PwC) which will set up its local office in Telfair. 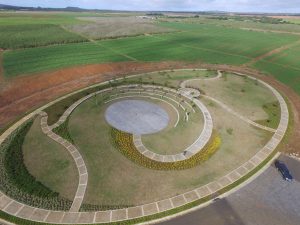 Work on Moka’s Smart City will begin shortly. Numerous projects, including residential buildings, will be announced in the near future.