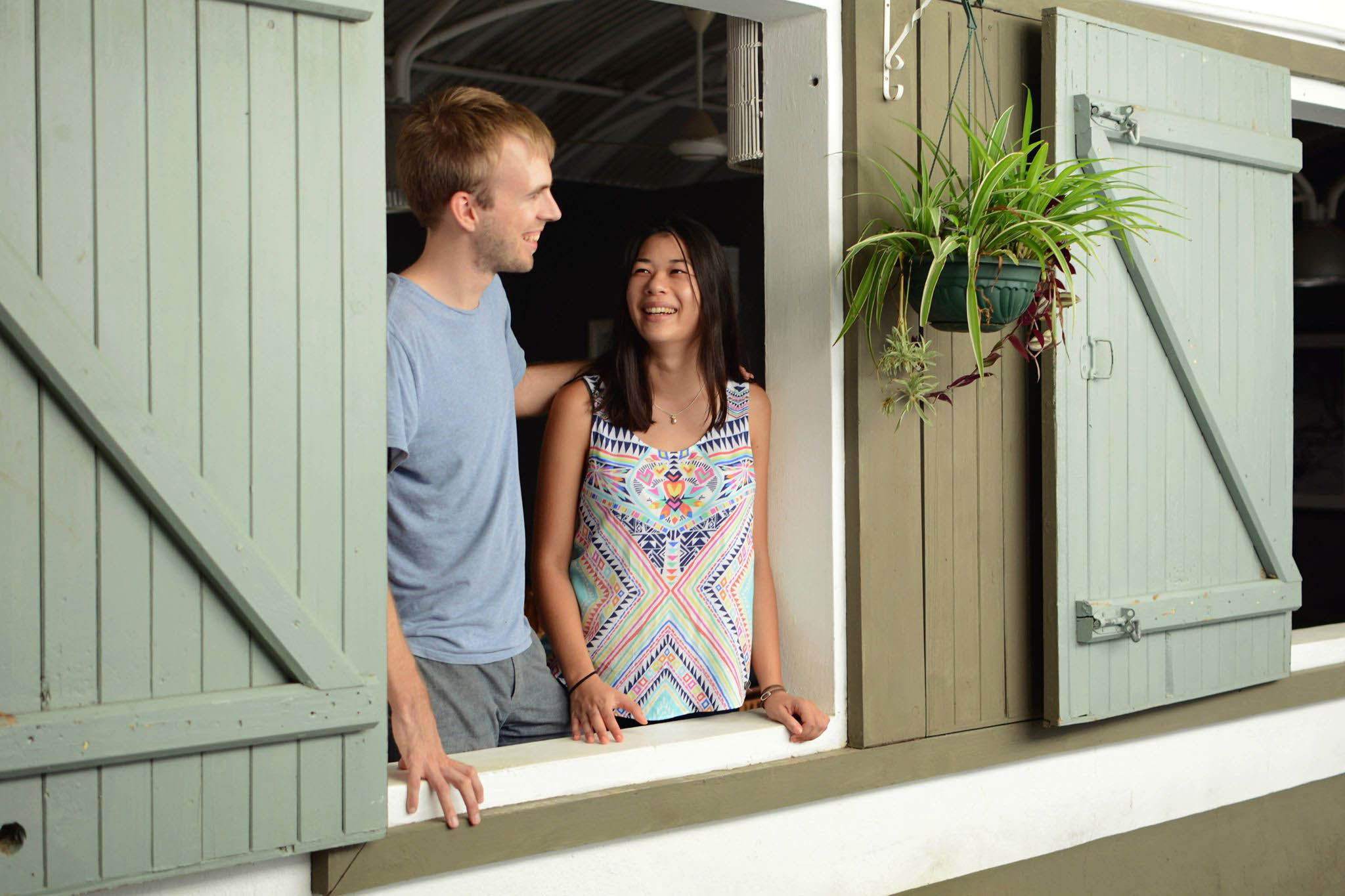 Coralie, Franco-Mauritian, defines herself as a citizen of the world having moved country every five years since she was young. It is during one of these trips that she met Joe, an Englishman, in Canada in 2010. After years of long distance relationship and after finishing their studies in entrepreneurship and innovation, they moved to London together. After three years of “corporate and city life”, they decided to move to the tropics to create their company: DodoWorkPlay . They tell us about their experience of the first edition of the inspire program, a real driving force in the development of their start-up.

It was my father who introduced us to La Turbine’s Inspire program, which he had read about in the Express. We were then employed by two large companies in London but we had been studying the Mauritian market for a few months for a project that was on our minds.

Initially, we were thinking of moving to Mauritius within the next two years, but the Inspire programme, with its promise of modern entrepreneurial workshops facilitated by STING coaches, has given us a unique opportunity to focus on our project and bring it to life. So we decided to accelerate our plans to be able to take part! 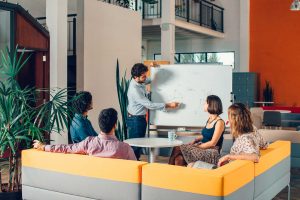 For us, the most important thing was to be part of the emerging startup ecosystem in Mauritius and to get tools and methods to move on to the execution of our already well researched project. In addition, our participation would allow us to have more information about the Turbine’s Incubate program and to be potentially selected for incubation. For this new adventure, we wanted to be accompanied and supervised during the first stages by an incubator.

In concrete terms, the program allowed us to build our first network of entrepreneurs in Mauritius, some of whom are now lifelong friends. We were able to surround ourselves with creative people, with varied and innovative ideas, with whom we could discuss, exchange and enrich our project. Raoul and Magnus, in addition to being excellent coaches at STING and facilitators of the Inspire program, generously shared their vast personal and professional experience on how to create a startup – a true source of information, inspiration and motivation for young aspiring entrepreneurs.

At the end of the program, we set up our first prototype for the public, which allowed us to collect a lot of information and really start our activities. Today we have found a promising business model for our company DodoWorkPlay, in the field of educational experience: we design unique training courses for individuals and companies, in tune with the modern world, mixing learning by doing and gamification. Don’t hesitate and sign up for La Turbine ‘s Inspire 2017 program which will take place from 5pm to 9pm for seven nights spread over 3 weeks from November 20 to December 8, 2017. 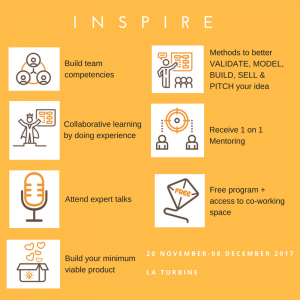